A Closer Look at the Greubel Forsey Grande Sonnerie 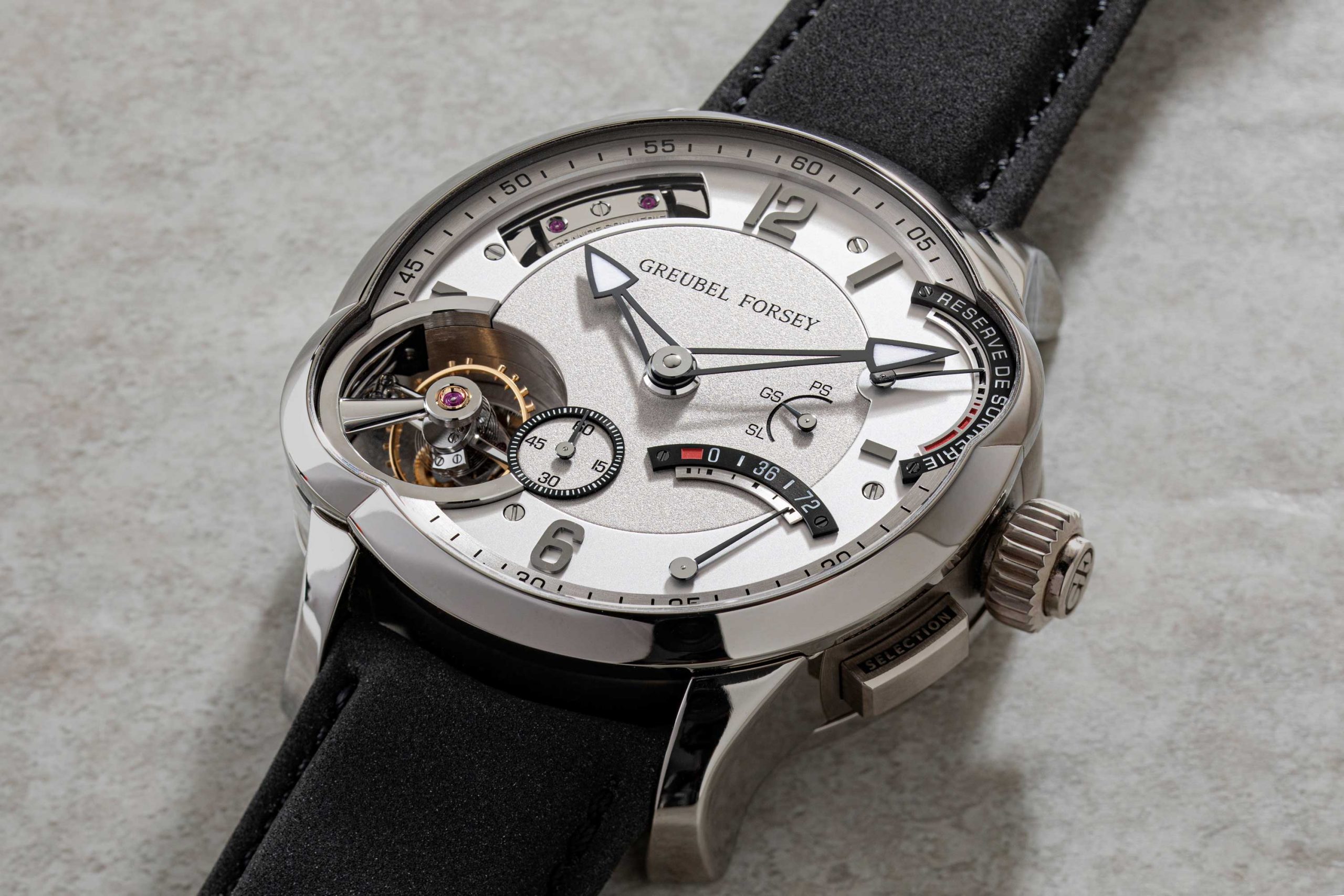 The entire movement is surrounded by a pair of cathedral gongs made of hardened steel, with each encircling the shaped movement almost twice over, offering a richer, deeper tone with a longer reverberation. One of the challenges in constructing cathedral gongs lies in draping them around the movement without touching each other as well as the case and the movement. In this instance, they also have to accommodate the complex asymmetric shape of the case and movement.

Everything is further housed in an inner titanium case to amplify the volume of the chimes. And as a result of this, the case could be sealed against moisture, with a depth rating of 30 meters, and yet deliver a clear and strong strike. The high-polish case is also made of titanium, which in addition to making a grand complication practical on the wrist, transmits sound extremely well due to its low density.

It is clear that Greubel Forsey made the decision not only to produce an incrementally better sonnerie, but also to enhance practicality. Naturally, as parts count starts to climb in a movement — a whopping 935 components in this case — mechanisms become a lot more fragile with more possible points of failure. As such, just as important as its sheer complexity are the security systems installed to prevent costly damages. To ensure flawless and continuous interaction of all the moving parts in such a highly complex ensemble, an elaborate string of safety and blocking mechanisms have been integrated into the movement.

In Conversation with Zenith CEO, Julien Tornare at the 2022 Meet the DreamHers Event in Singapore