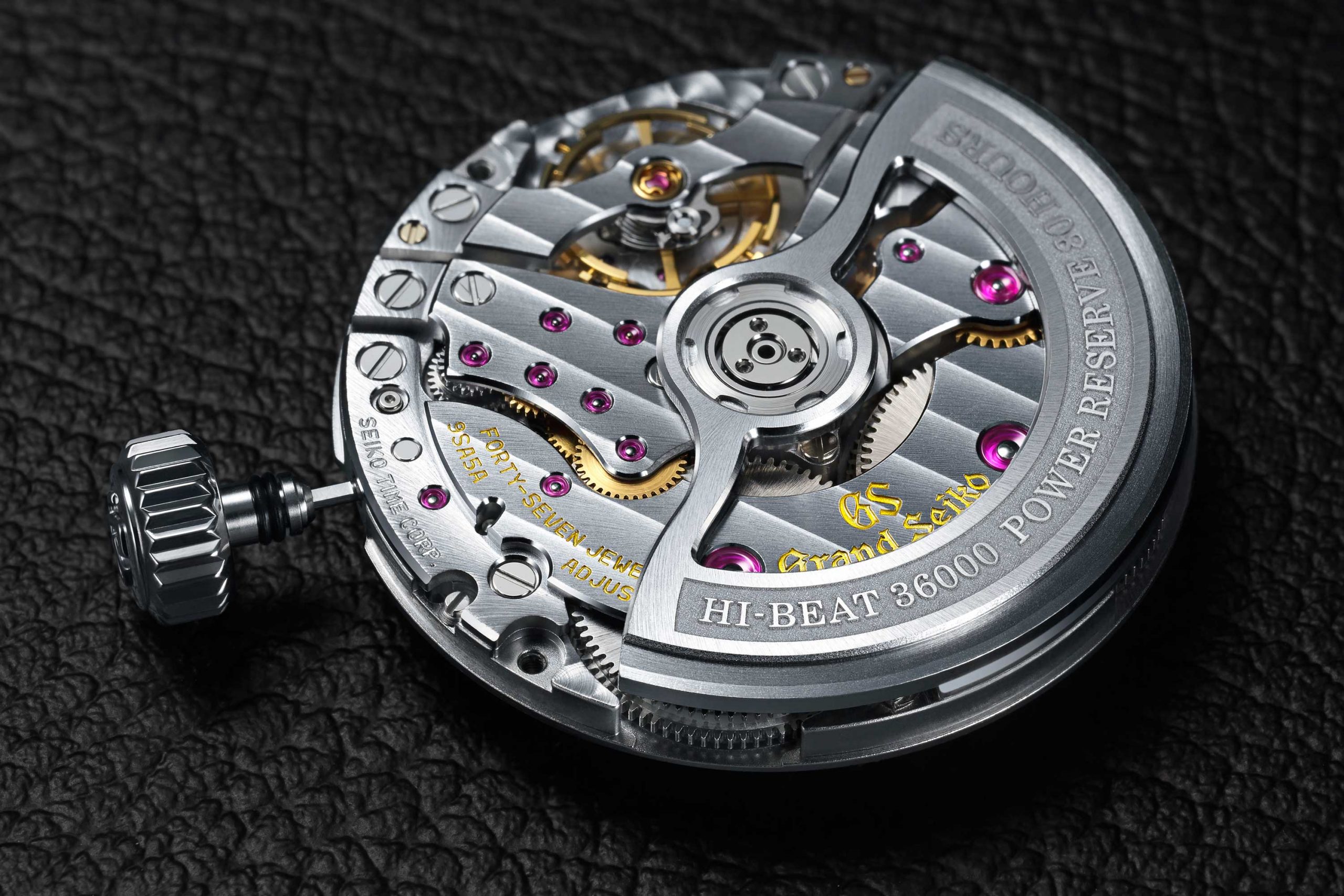 Grand Seiko’s Dual Impulse Escapement bears similar characteristics to both the Swiss lever as well as the co-axial and can be considered an intermediate design in the evolutionary ladder. Like both escapements, and in contrast to the detent, the Dual Impulse Escapement provides two impulses per cycle — one at each vibration — making it resistant to shocks.

But while the lever escapement provides two impulses indirectly via a lever, the co-axial and the Dual Impulse provides an impulse to the balance directly in one direction and indirectly in the other via a lever. As such, both impulses could potentially vary in quality, though in practice, this is more abstract than a real-life problem.

In this regard, it is impossible to not mention the independent double-wheel escapement, created by George Daniels as a solution to the natural escapement that eluded Breguet. It is theoretically superior as two escape wheels impulse the balance in opposite directions directly, making its power delivery extremely efficient. However, the basic principles of this system, where each escape wheel necessitates its own gear train, proved limiting to the design of the movement as a whole, and the complexity of its construction makes it unsuitable for mass production.

While the co-axial and the Dual Impulse share the same basic principles in that one impulse is given directly, the indirect delivery is where they differ. While the co-axial operates completely oil-free, relying on radial impulse, the new escapement relies on a familiar sliding action to deliver impulse to the lever as with a Swiss lever escapement. This reintroduces the need for lubrication, albeit minimal — half that of the Swiss lever. As such, it offers far greater efficiency compared to the Swiss lever, while being simpler and less finicky than the co-axial, requiring just one escape wheel.

Crucially, the Dual Impulse Escapement was also designed to operate with low inertia. The pallet fork and lever are produced using a lithography technique known as MEMS (micro-electromechanical systems), allowing components to be fabricated with extreme precision, resulting in its intricate, skeletonized geometries that are lighter to ensure quicker acceleration of parts, which is crucial in a high-beat movement.

The low-inertia, low-friction Dual Impulse Escapement was used to achieve a longer power reserve as well as power a high-beat 5Hz balance wheel in the caliber 9SA5. A higher frequency offers greater stability for simple statistical reasons. Fluctuations are averaged over more oscillations per second and the less influence any given wrist motion can have on timekeeping.