A. Lange & Söhne Odysseus: Making A Case For Titanium

It was August 2019 when editor-in-chief Elizabeth Doerr and I traveled to Glashütte. It was a delightful trip as the weather was sunny and our means of transport was a McLaren 720S. Combine that with the winding roads and beautiful surroundings of the Dresden area and you know life was good that week.

It was about to get even better as one of our stops was the manufacture of A. Lange & Söhne, where we had lunch with CEO Wilhelm Schmid and director of product development Anthony de Haas. After a delightful hour of talking shop, both gentlemen had something to show us, but only once we took an oath of secrecy. After solemnly swearing, they showed us A. Lange & Söhne’s first stainless steel sports watch, the Odysseus. 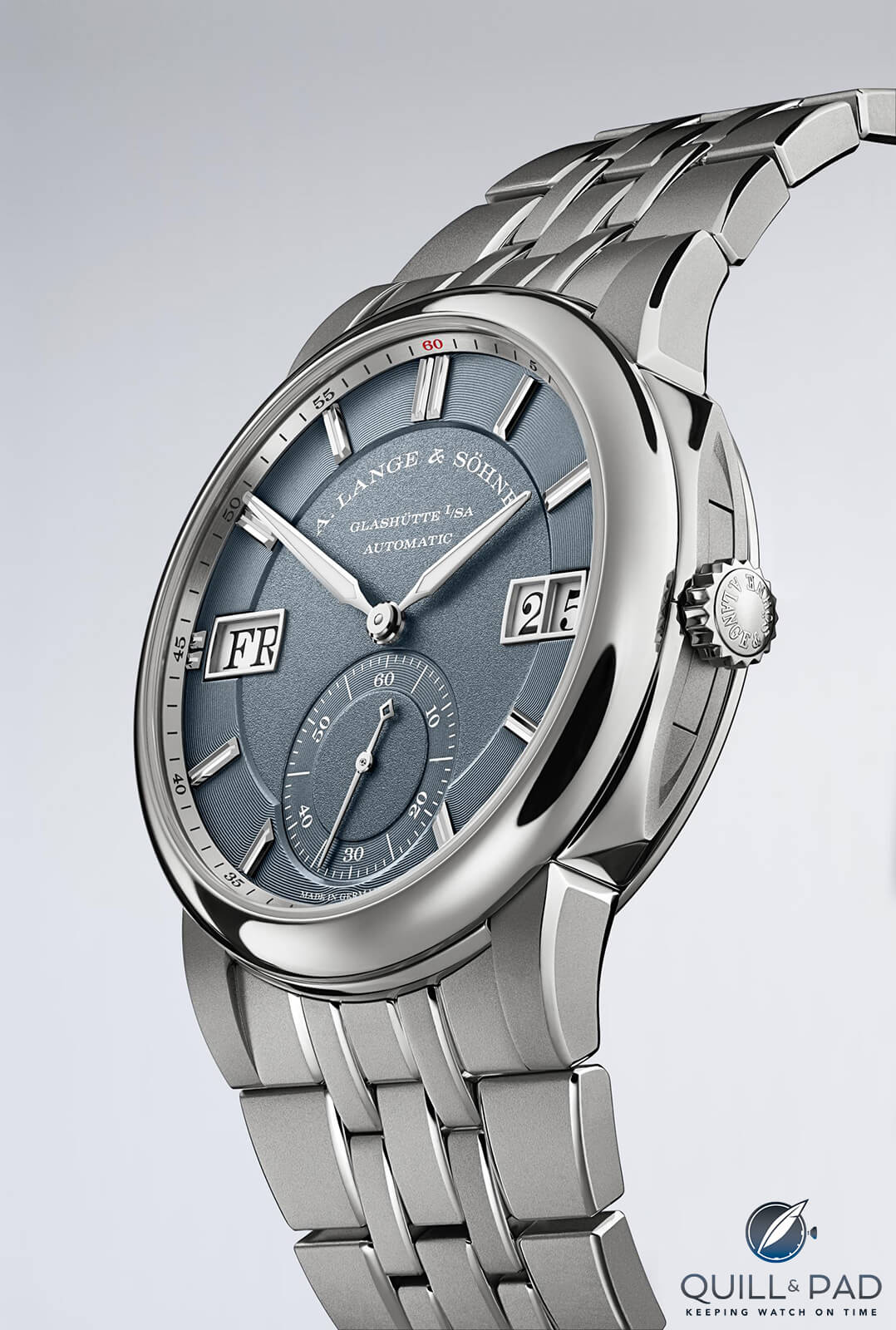 There are quite a few ways to look at this timepiece. One of them would be that A. Lange & Söhne was following trends and trying to beef up profits by going into sportier stainless steel models. Naturally, one can (and many will) compare it to the Audemars Piguet Royal Oak and the Patek Philippe Nautilus, saying that stainless steel is the new gold and that it is now almost mandatory for any haute horlogerie brand to have a stainless steel sports watch in its collection. I disagree with almost all of this as the Odysseus is, in my opinion, the perfect example of a response to the market and not to trends or competition. 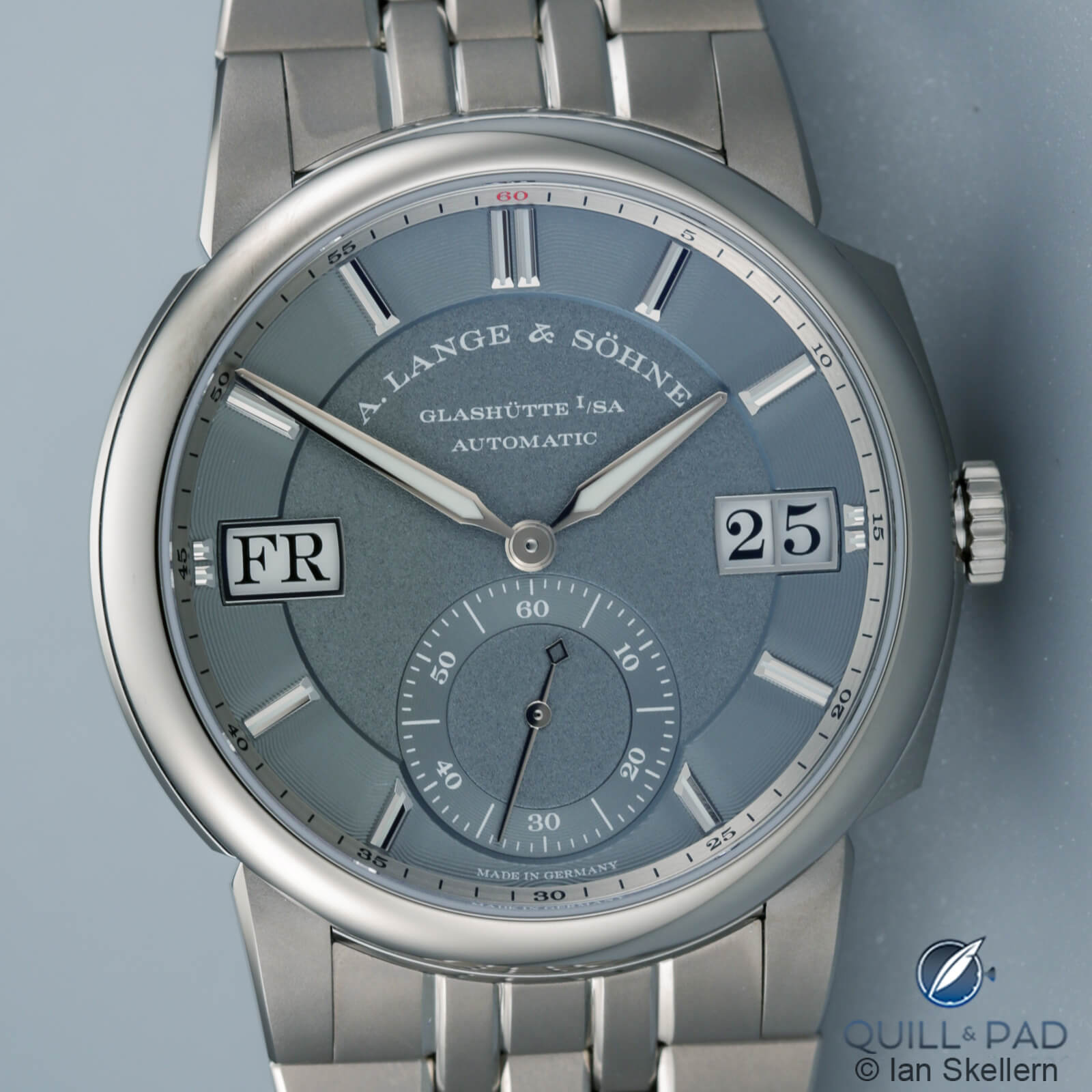 Over the past decades, the lifestyles of people able to afford watches like those from A. Lange & Söhne have significantly changed, becoming vastly more active – possibly in part because the clientele has also gotten younger. Instead of being chauffeured around in Rolls-Royces, younger collectors might prefer to drive themselves in a Black Badge Wraith and relax not lounging on the French Riviera but in more exotic locations. With the Odysseus, these clients don’t have to switch to a watch from another brand to enjoy a more active lifestyle (rather than diving into the deep end with their Lange 1s).

The way we dress has also significantly changed over the last decades. No longer do tailored suits and couture cloak the wealthy, but designer jeans and brand-name sweaters. This also means that a significant percentage of A. Lange & Söhne’s clientele was looking for something to match their more relaxed clothing. 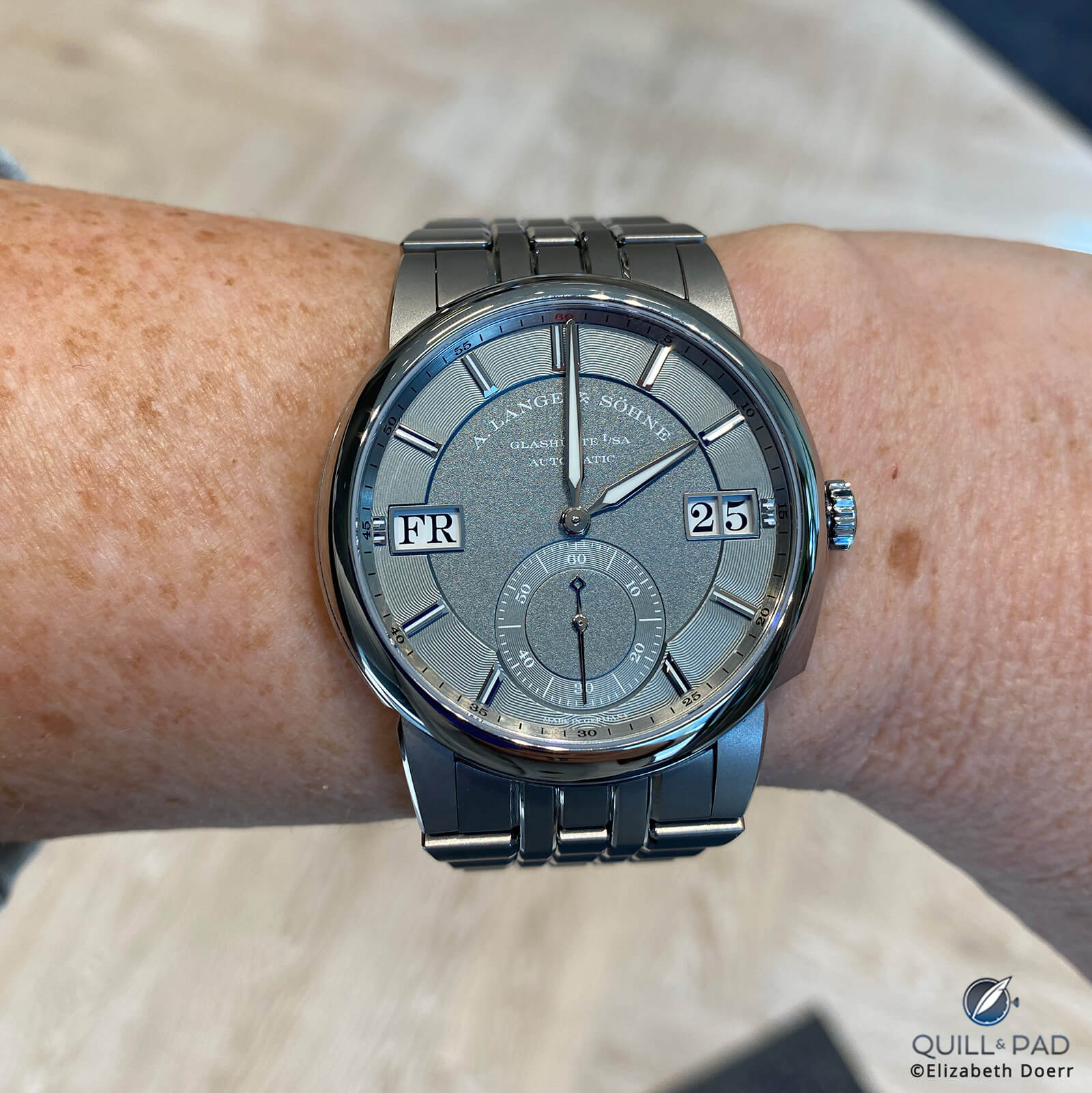 A. Lange & Söhne Odysseus in titanium on the wrist

I think that the Odysseus was far more internally driven than a response to trends and competition. A. Lange & Söhne put a tremendous amount of effort into creating a watch that stays true to the brand’s “DNA,” one that fit in with the rest of the collection rather than stand out, even postponing its introduction to ensure that the timing was just right.

It’s even possible that one of A. Lange & Söhne’s nightmares might be that the Odysseus would dominate the rest of the collection (as the Royal Oak does at Audemars Piguet) since its core clients might not appreciate it as much.

The power of the subtle difference

Taking all this into account, it still surprises me how fast the Odysseus has become a staple collection for the brand. It has only been three short years, although it feels much longer than that due to COVID-19. In this time, A. Lange & Söhne introduced a white gold variation (2020), and at Watches and Wonders 2022 the third version of the watch, this time in titanium. 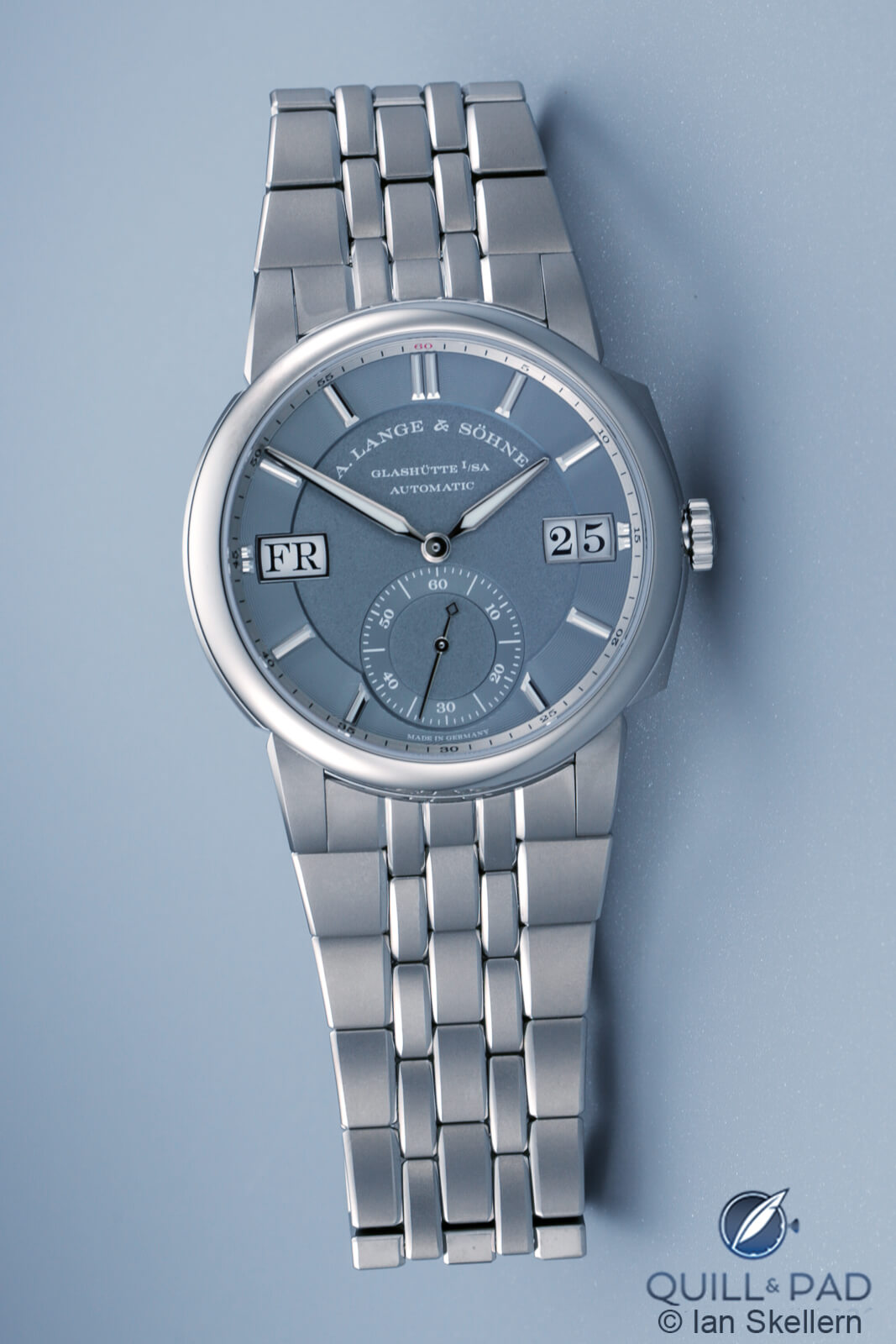 While titanium may be a staple material for many other brands, it is unique in the universe of A. Lange & Söhne as the brand has never used it before. The first question that comes to mind then is, “why start now?” Perhaps the answer is along the lines of why use Honeygold instead of yellow gold?

The difference between steel and titanium might appear to be modest, but it isn’t.

Compared to its stainless steel sibling, the titanium Odysseus is significantly lighter. This gives the timepiece an entirely different wearing experience. I am purposely avoiding the word “better” as that’s subjective and depends on personal preferences.

In stainless steel, the Odysseus has a nice heft, while in titanium it impresses due to the lack of that heft. Another major difference is the contrast in finishing. As the titanium has a slightly darker hue, the difference between the finishes is more prominent. As a result, the material highlights the design of the watch even more. 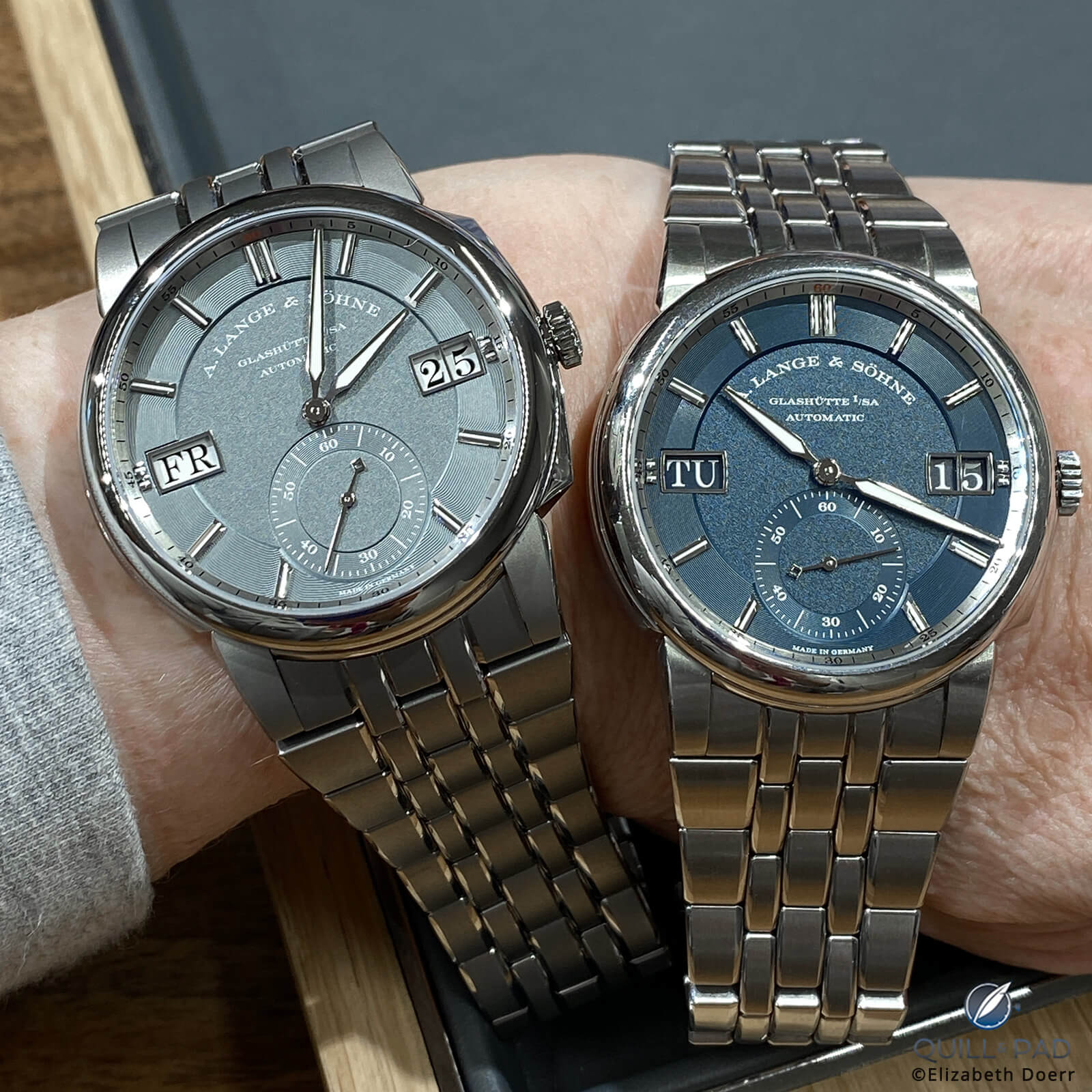 A. Lange & Söhne Odysseus in titanium (left) and steel

A. Lange & Söhne realizes this as well as this is the first Odysseus to have the day and date wheels in a contrasting color to the dial. This works particulary well because the brand toned down the dial color slightly. Where the dial of the stainless steel version is a darker blue, A. Lange & Söhne opted for an ice blue with a grey undertone for the titanium watch. 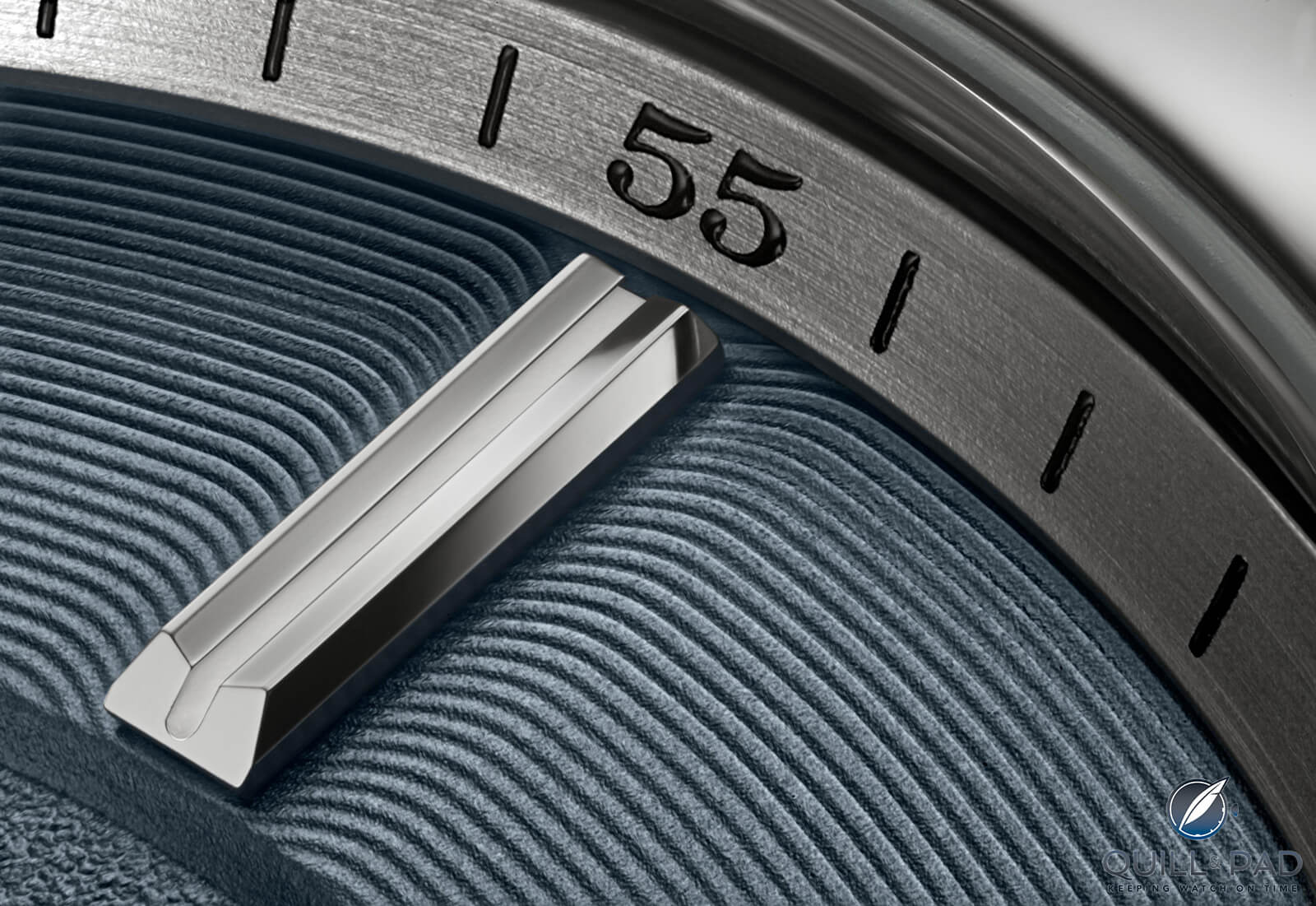 While many brands would have chosen to create more of a visual difference between the models, I feel that A. Lange & Söhne is right in not following this path. One could be all over the place adding complications, offering it in different metals, and so on. While the Odysseus might look relatively similar in stainless steel, titanium, and white gold (the latter being more distinct with its rubber or leather strap), they all keep the sporty look of white metal. And moreover, they all have slightly different character traits that enable each A. Lange & Söhne connoisseur to find just the right Odysseus.

It is rare that I am almost 900 words into an article and haven’t even discussed the movement. For the titanium Odysseus, there is nothing new in that arena as it is fitted with Caliber L155.1 just like its siblings. As can be expected of A. Lange & Söhne, it leaves very little to be desired. 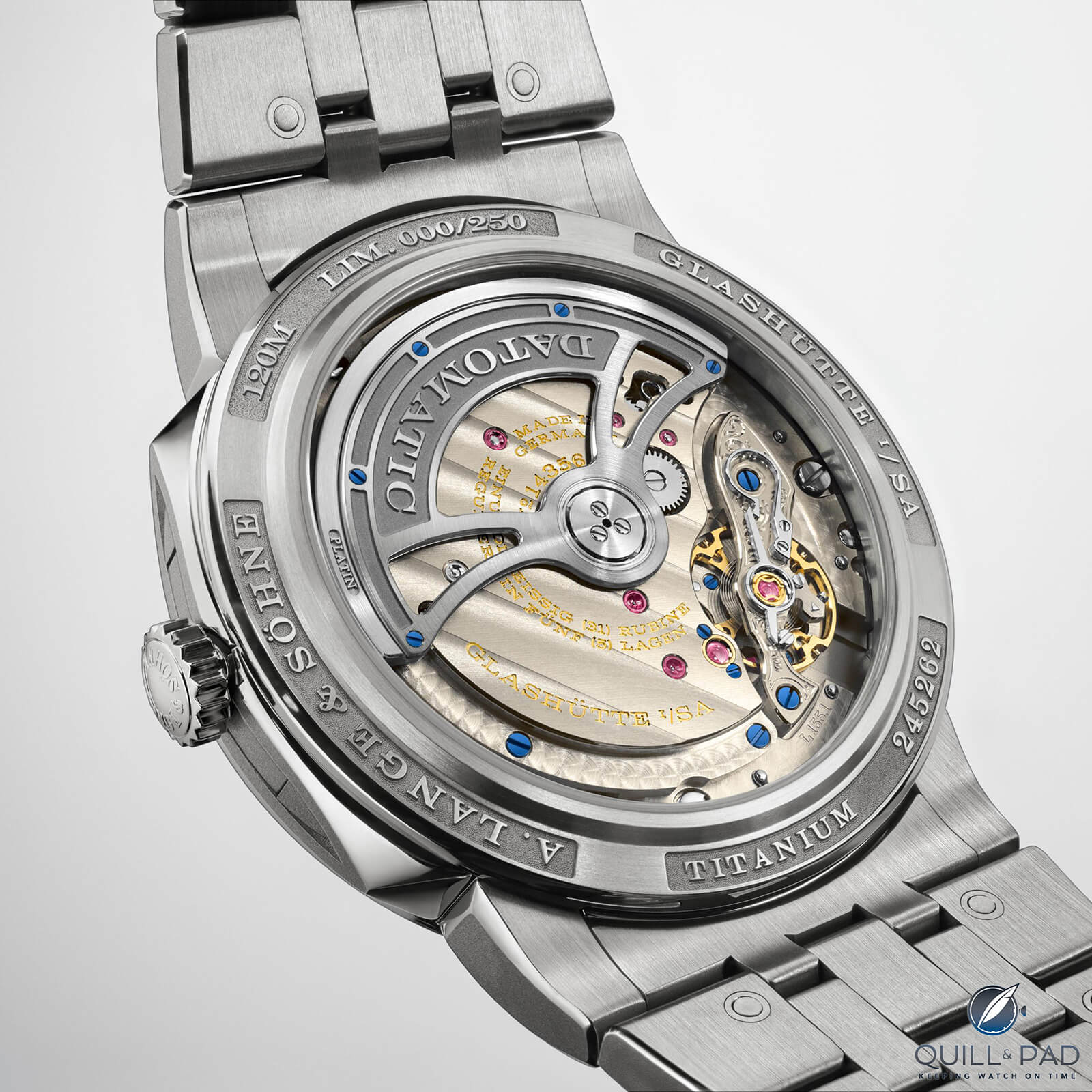 Beautiful automatic movement visible on the back of the A. Lange & Söhne Odysseus in titanium

This exquisitely finished movement shows its sporty nature by being fitted with a full engraved bridge combined with a centrally mounted rotor equipped with a platinum weight to increase winding efficiency. Running at 4 Hz, it offers a power reserve of 50 hours, which is not outrageously long, but enough to keep up with the Joneses in this prestigious end of the market. With a diameter of 32.9 mm it also fills the case nicely. 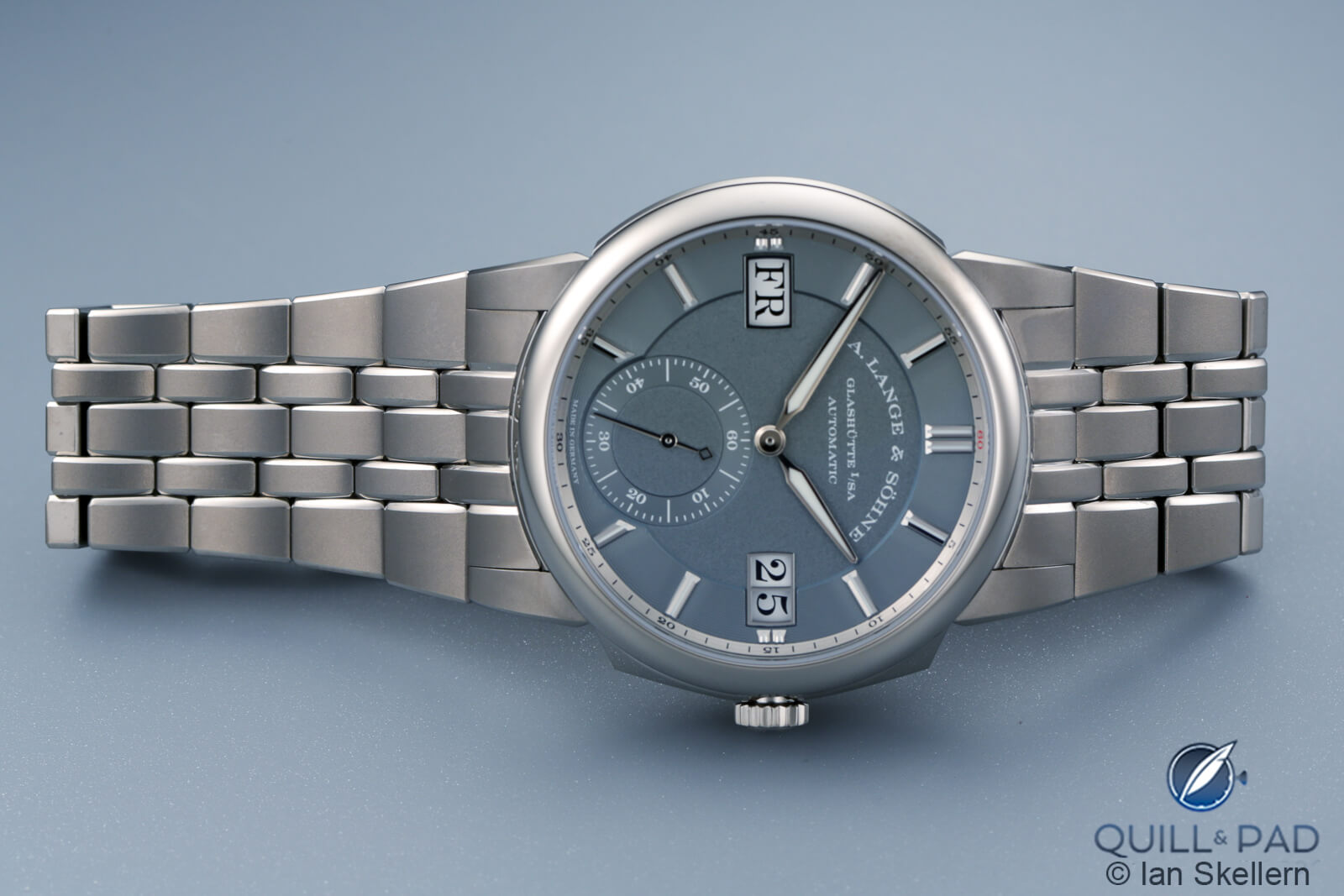 The Odysseus leaves very little to be desired. Maybe just that the titanium version is limited to only 250 pieces, which will make it quite rare. A rare treat at that.

A. Lange & Söhne Odysseus In White Gold For 2020: A Collector’s (And Stainless Steel Odysseus Owner’s) View

Why I Bought It: A. Lange & Söhne Odysseus (A Photofest!)