In 1995, Piaget was part of the Vendôme group that would later become Richemont. At that point in time, the group solely comprised Cartier and, thanks to it having acquired them in 1988, Piaget and Baume et Mercier.

In this particular year, Piaget entered the highest end of the watch market by releasing a grande sonnerie wristwatch to go along with two existing complicated watches in the classic Gouverneur line: a split-seconds chronograph and a perpetual calendar. Note: the gold-encased Gouverneur collection was discontinued by 2000, making way for the comeback of the brand’s hallmark Polo line.

In creating the grande sonnerie, the company’s executives contracted François-Paul Journe to design and make a functioning prototype. At the time, Journe was a freelance movement designer and hadn’t officially founded F.P. Journe yet. 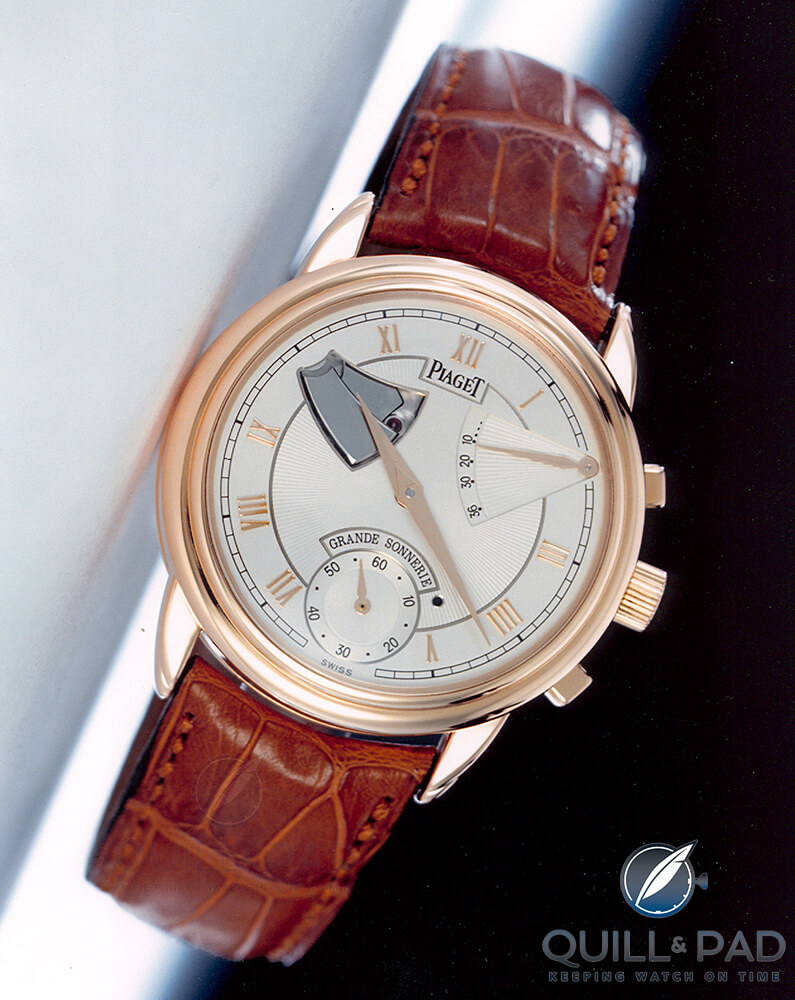 Measuring a very classical 37 x 12 mm, Piaget’s new Caliber 1996P flagship complication featured a grande sonnerie, petite sonnerie, minute repeater, power reserve indicator, and subsidiary seconds at 6 o’clock. It could also be set to either chiming or silent mode using a function selector that Journe subsequently used in his own brand’s Sonnerie Souveraine (see The Sonnerie Souveraine By F.P. Journe: A Legend In Its Own Time). 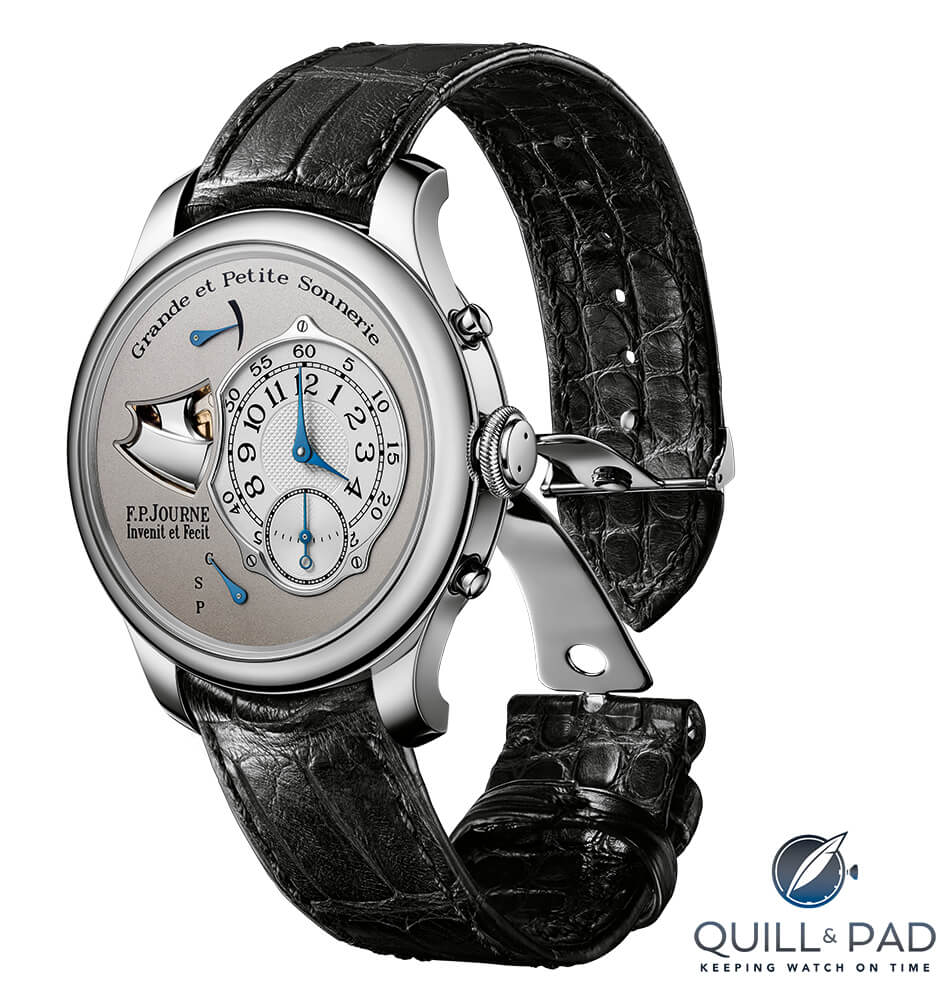 In fact, fans of F.P. Journe may also recognize another component: the visible gongs in an unusual position on the dial; the gongs are usually visible only on the back on the periphery of the movement. This, too, was later evidenced in Journe’s own sonnerie, but was basically unheard-of in 1995. 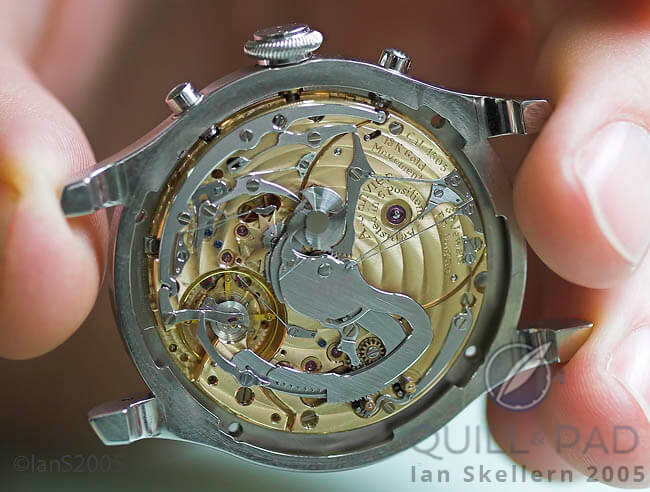 View of the intricate mechanism of the first F.P. Journe Sonnerie Souveraine

The Gouverneur grande sonnerie constituted an early example of a highly complicated wristwatch of the freshly begun mechanical renaissance and was very limited in number. A Christie’s lot note from the New York sale of one in 2011 suggests that there may have been less than ten altogether. The auction price realized for that piece at the time was $116,500. 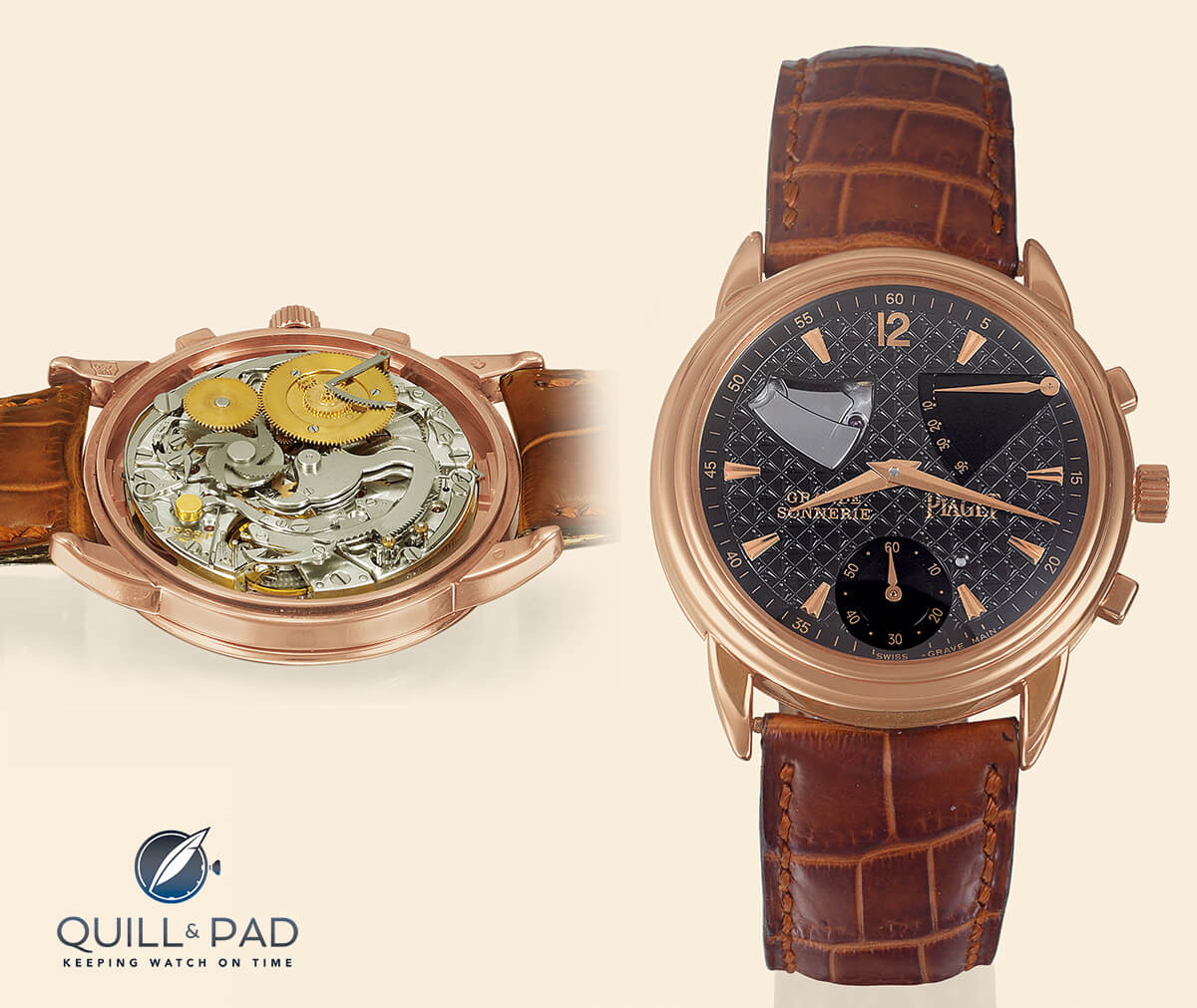 A unique pink gold specimen with a flinqué enamel dial was sold by Antiquorum in 2006, with its catalogue professing this mechanism to be the smallest grande sonnerie movement ever made. To my knowledge, it probably still is.

Finally, an interesting side note from a business perspective as it relates to the independent watchmakers. My colleague Ian Skellern reports Journe once revealing to him that the money he earned from Piaget for creating the grande sonnerie made it financially possible for him to launch his F.P. Journe brand.

* This article was first published on August 6, 2014 at A Moment In Watch History: Piaget x François-Paul Journe.

No Secret: The Journe Society Chronometer From F.P. Journe

Piaget Upstream: Why I Chose The Underdog

Parmigiani Fleurier And The Yusupov Fabergé Egg Of 1907 – Reprise