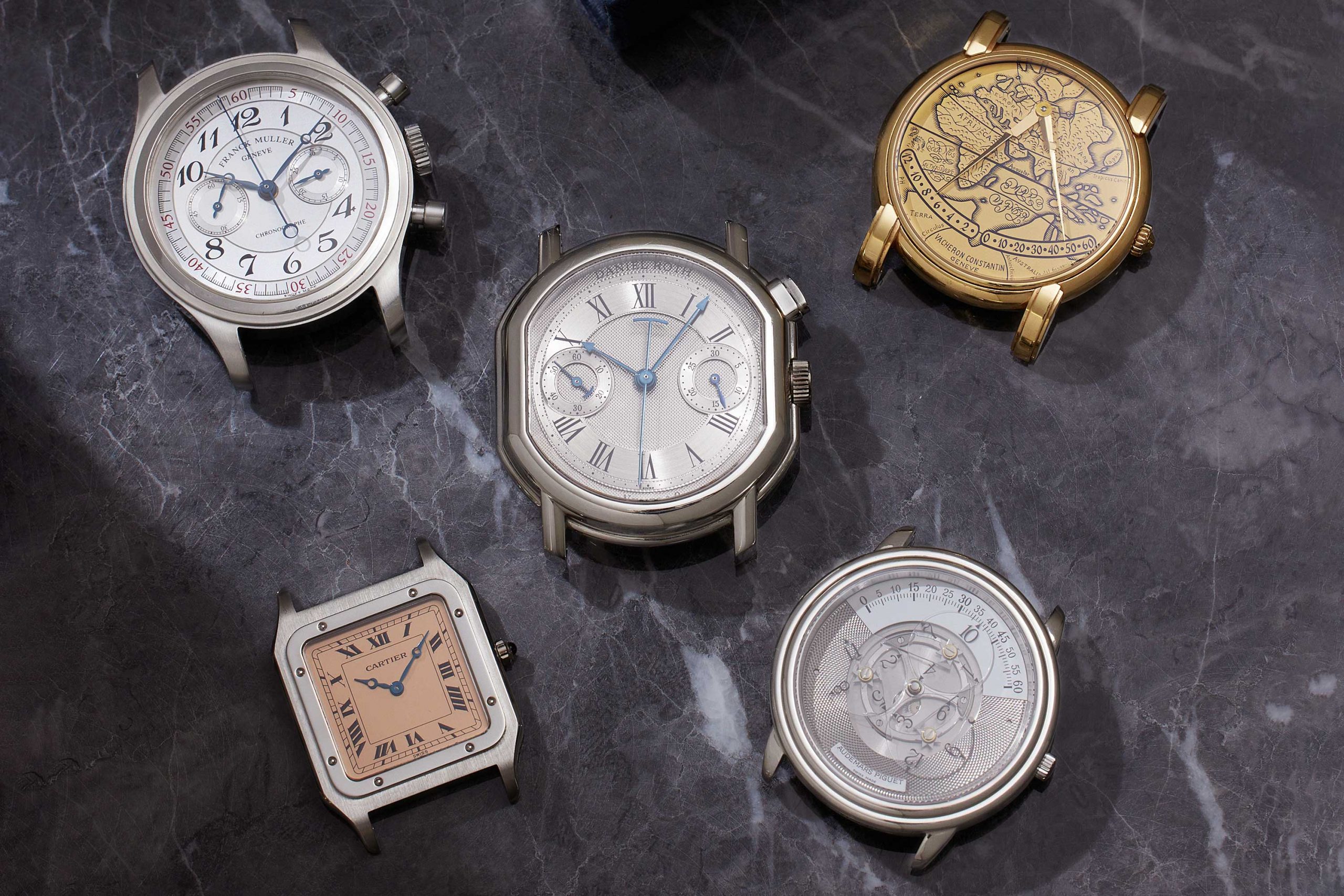 Hi Silas – how are things at A Collected Man?

Silas Walton: Hi Ross! Things are going really well at A Collected Man thank you. Recently, we have been growing a lot and we are almost 20 people now. We have now moved to bigger offices and business is pretty decent. Things are slowing down a little bit as we approach summer and there is undeniably some uncertainty around what we call “hype watches” which have been peaking and new seem to be receding, but broadly speaking there remains high levels of activity and interest, post the correction in the market. We’re also about to have our third auction. The first two went really well, we had an Urban Jurgensen that we sold to raise funds for COVID research a couple years ago. I think the price new is round £13,000 pounds and I believe it hammered for £48,000 pounds! So, it’s already starting to turn into something quite interesting and we’re very excited about what this this new medium can represent for us in the future and also what it can offer to clients who are interested in it, more than simply consigning at a fixed price.

In the watch market, the sky is falling in! True or False?

SW: So it’s true and it’s not true. I think what we’re seeing is a market correction that takes us back 18 to 24 months on “hype references” that had gone up astronomically. It doesn’t really matter who you ask, because pretty much everybody knew it was inevitable. At A Collected Man, we’re don’t really deal in the “hype” end of the market and so we haven’t been particularly affected, but obviously we’ve followed it and there have been repercussions on the wider market. I think people are taking a pause right now, between record inflation and the war in Ukraine, general macro uncertainty and economic uncertainty in the financial markets. We’re not seeing any kind of rush to sell and there still remains high levels of activity. I think people are waiting to see where the market settles before re-engaging. So ultimately, the sky isn’t falling but it’s definitely a noticeable change on the trend of the last couple of years and probably quite timely and in some cases quite healthy.

In this time of flux, what new trends can you see emerging in the market?

SW: I believe that people are becoming increasingly well informed and as a result they’re doing deep dives into areas that previously were a bit more niche, neo-vintage watchmaking being a perfect example as is independent watchmaking. Both these areas are doing very well right now, with certain “hype” pieces being overpriced perhaps. I think this is also beneficial to the primary watch market because if you can get a watch at retail, at least if it’s a collectible watch, that’s now a lot more interesting than the price you might pay for a “hype” watch on the secondary market. More braodly, in terms of trends, we continues to see a move towards slightly smaller case size and anything that’s associated with independent watchmaking is doing very well. Anything independent that was made in the last 20 or 30 years is, in many cases, underappreciated and these watches are definitely now having something of a resurgence in appreciation not just because it represents good value for money but also because people can see lineage. I think people find that interesting, especially when you look at the early days of independent watchmakers such as Daniel Roth and Roger Dubuis.

You are launching your third auction on your website. What made you move in this new direction?

SW: Selling through an auction format allows you to potentially capitalize on areas of the market that are perhaps more dynamic where prices are rising quicker than one might expect. There’s a degree of dynamic activity to an auction that means that there’s a guaranteed sale at the end, especially if the reserve is very low or the starting bid is very low and and so I think for some people selling at auction is an exciting way to see a conclusion no matter what. For auctions, we usually either have those people who want to sell and are highly motivated for whatever reason or you people who don’t want to sell for less than it’s worth and feel it’s impossible to put a finger in the air to terminate the correct fixed price and would rather see where the market takes it.

Have the auctions so far been successful?

SW: As I mentioned, the auctions are really good and we had reasonable expectations for them, because we wanted to do this in a very slow and controlled fashion. Our format is five watches, once a month with the sale running for a week. We’re going to take a break for the summer and then come back with a couple of auctions before the end of the year. We’re keen to test and explore the best formats and try and understand what’s most useful or interesting for our clients. Certainly, we’re going to continue investing and expanding, but we’re not trying to reinvent the wheel. We want to add value to the market and for our clients and show that we’re capable of doing this to us to a high standard in a format that fits with our broader approach to how we sell watches.

Tell us about the watches in this current sale?

SW: We’ve curated five really fantastic rare and collectible neo-vintage watches, from the 80s, 90s and early 2000s. Two are from independents, a prototype Franck Muller chronograph that has number 00 on the back and a Daniel Roth Mono-Pusher. The Roth is one of 16 made in platinum with a really fantastic beautifully refinished Lemania 2220 movement. It’s an incredibly rare watch and in eight years, this is the only one we have come across. We have a really classic and quite hard to find platinum AP Star Wheel, with a ‘barley corn’ guilloche dial that is quite common in yellow gold but the platinum examples, especially in this classical execution, are very few and far between. There is one of our favorites, which is a yellow gold Mercator from Vacheron Constantin, with a retrograde display of time with two retrograde hands where the hours jump every 60 minutes and it’s over a map depicting Europe, Asia and Africa paying tribute to one of the world’s most famous photographers Gerardus Mercator. Lastly is a really nice salmon dial platinum limited edition Santos Dumont from the 90s that is just a really nice watch, really nice execution and really tastefully executed!