Audemars Piguet Royal Oak Offshore T3 Chronograph: The One That Got Away – Reprise

We’ve all got our “fishing” stories regarding “the one that got away.”

“It was this big!” we stretch out our arms as far as possible, demonstrating the enormity of it.

And as this applies to my watch story here, it is also true: mine involves an Audemars Piguet that arguably started the Limited Edition Offshore craze: the Royal Oak Offshore T3 Chronograph. 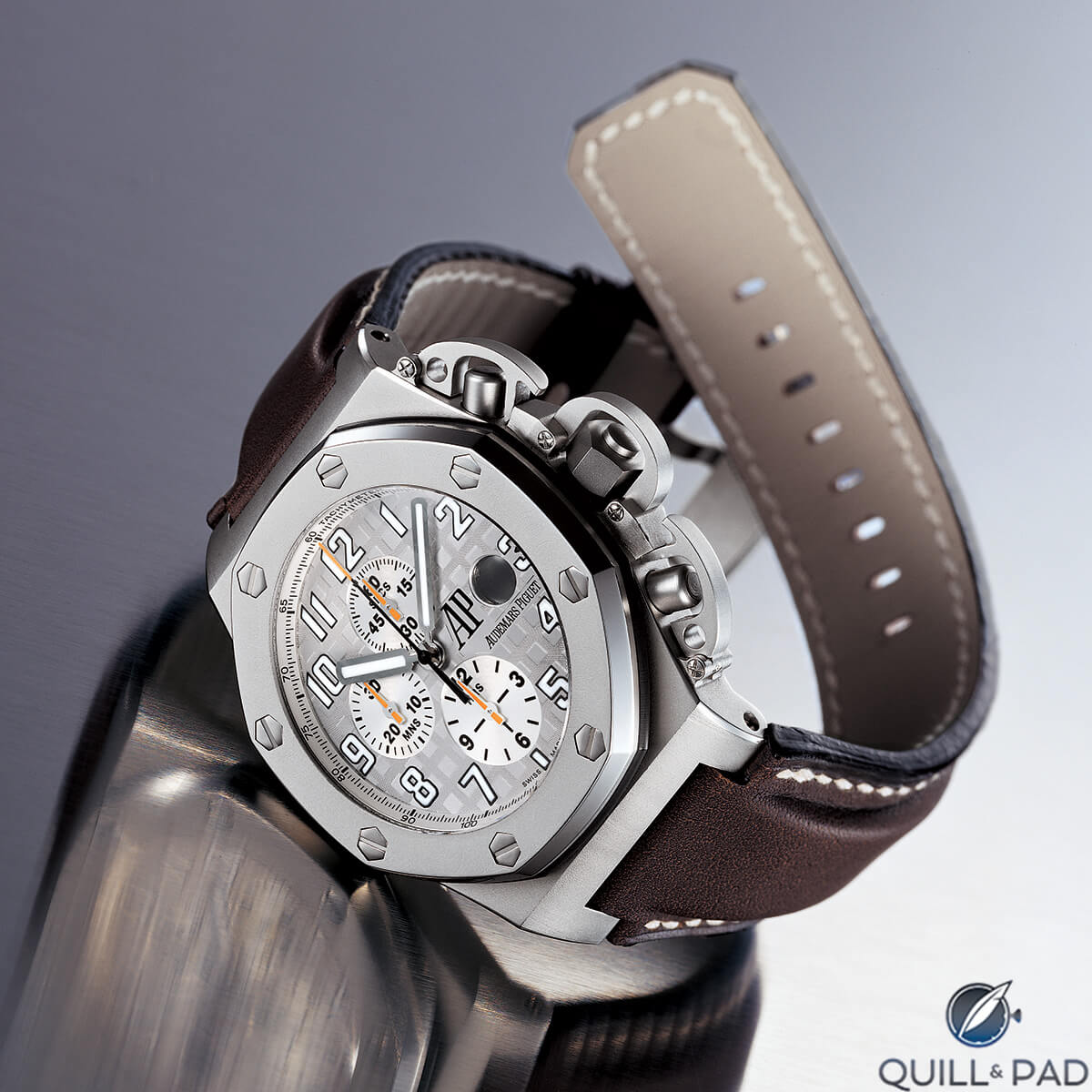 I live with no regrets whatsoever. I mean it. I look at every mistake or bad decision that I’ve ever made as a learning opportunity.

I may get disappointed at times over something I’ve done wrong or not done at all, but this is how we grow into smarter, better people.

I learned a very valuable lesson with “the one that got away,” which I’ll share with you now.

As you’ve likely read in my posts many times, I managed an authorized retailer of many fine brands for 14 years, one of which is one of my favorites, Audemars Piguet. I was an AP fanatic and sold tons of them. 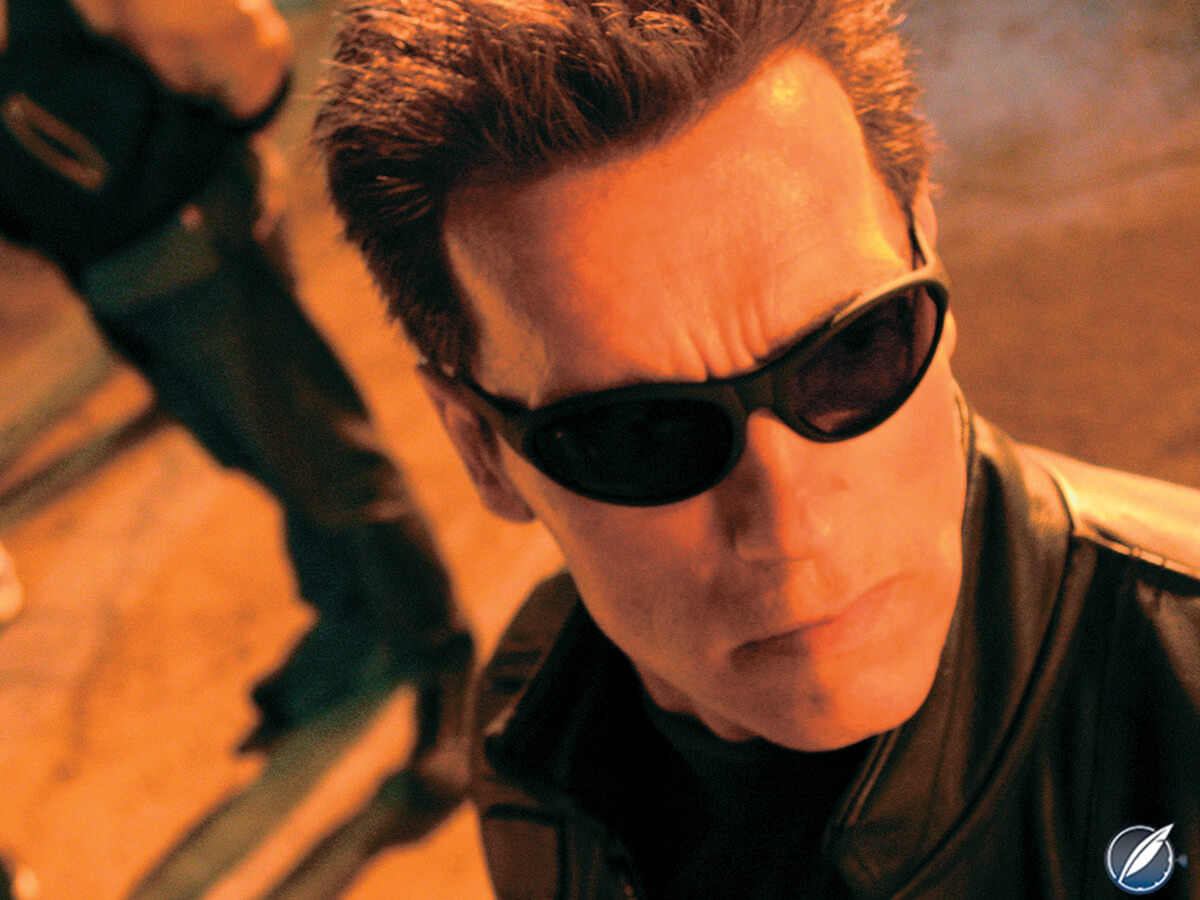 Arnold Schwarzenegger in ‘Terminator 3: Rise of the Machines’; and, yes, he will be back

Arnold Schwarzenegger and Audemars Piguet had already fostered their relationship by this point with the Inner-City Games Foundation and a timepiece that the bodybuilding actor wore in The 6th Day, so a collaboration for his next blockbuster was natural.

The “Governator” is not a small dude, so it made sense that the Offshore T3 was proportionally huge at 57.2 mm in diameter.

The limited edition was offered with a silver dial and a black dial, each variation limited to 500 pieces.

Our store was allotted four of them, two in each dial configuration. The first three we’d received didn’t even make it to the showcase. When the fourth one (black dial) came in, it wasn’t pre-sold, so I set it up in the middle of the showroom in a free-standing tower with the original packaging. It looked awesome!

At this time I had been married for less than two years, and my wife and I had just purchased a home that needed major renovations. A day or two after I set up the display with the T3 in it, I had a surprise visit from my bride to take me out for lunch.

As I was buttoning up some business, she browsed the jewelry and watches (getting ideas of what I could buy her, I‘m sure) and she stopped dead in her tracks in front of the T3.

She asked me what the story was behind it and how much it cost. I told her the story and that the retail on it was $19,900.

During that lunch, she must have said four or five times, “You have to buy that watch.”

She persisted that evening and into the next day.

My argument against it was that even with my employee discount, it was a big chunk of change that could go into the work that we needed for our new home. I have to admit that I was torn between the T3 and a new backyard deck, but I was certainly leaning toward the T3.

On my day off my wife said, “Buy that watch tomorrow.”

I agreed, but only if I could sell one of my other watches to at least cover half of the cost of the T3.

I cleaned up one of my other pieces, photographed it, and posted it for sale on a few forums. I priced it aggressively for a quick sale, and sure enough I accepted an offer on the same day. The T3 was going to be mine!

Floating, I got to work early the next morning and cracked the safe in anticipation of strapping on my precious . . . but it wasn’t there!

“I sold it yesterday to Don,” he excitedly answered.

I was angry at myself for being so indecisive. Not only would I not be the proud owner of the T3, but I had just committed to selling one of my other watches, which I really didn’t want to sell in the first place. 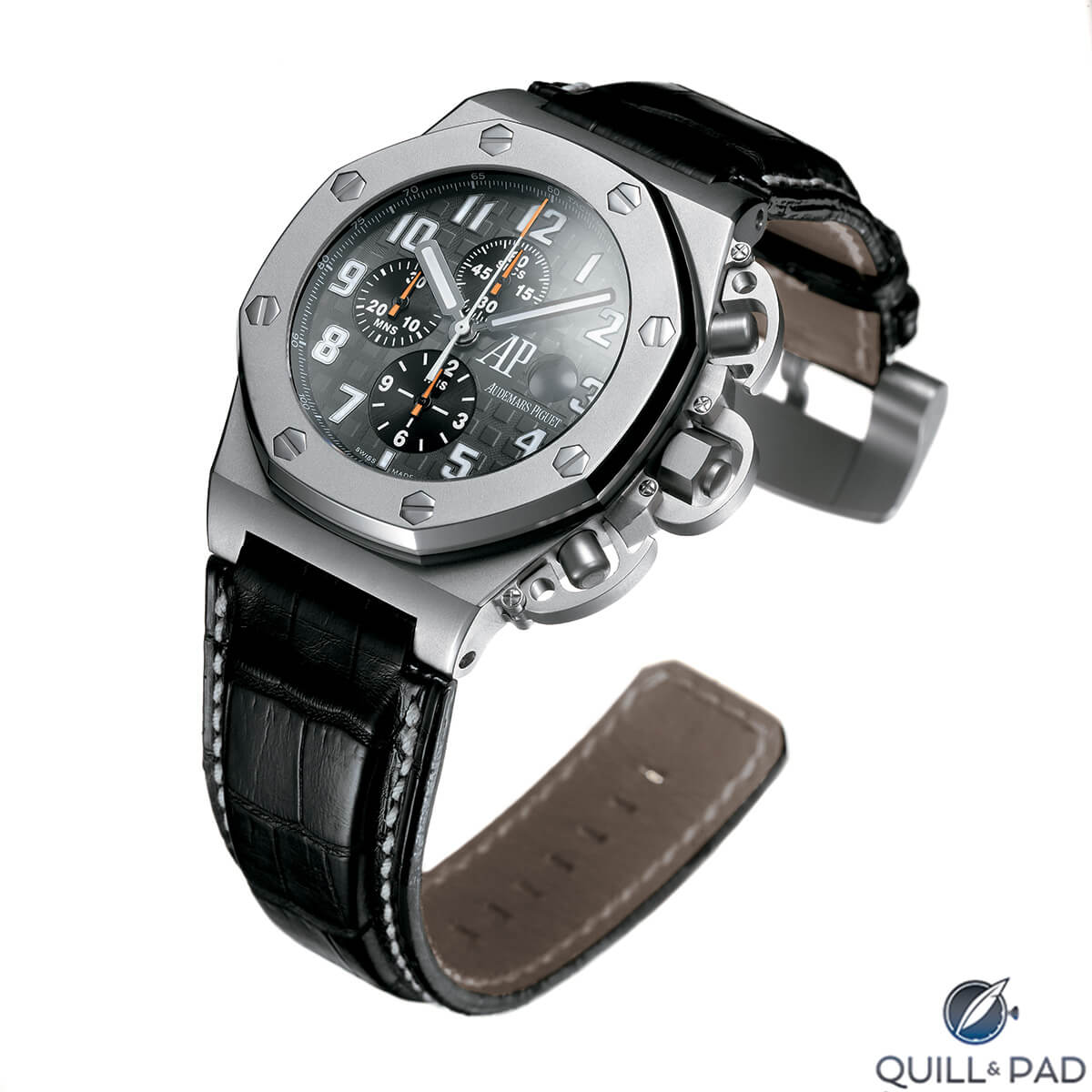 To make it more depressing, a few years later I saw T3s selling for two to three times its original retail price on the secondary market.

Obviously, I got over it and took the opportunity to learn from it. It is a valuable lesson that I attribute to my happiness ever since: the lesson is, “always listen to my wife!”

As much as I may disagree with some of the things she tells me to do on occasion, I always think back to the Audemars Piguet Royal Oak Offshore T3 Chronograph and I give in. I’m the happiest dude I know for it because, as we all know, “happy wife, happy life.”

I wonder if Schwarzenegger has ever heard that saying?

* This article was first published on May 26, 2017 at Audemars Piguet Royal Oak Offshore T3 Chronograph: The One That Got Away.

Would You Buy A Watch From A Defunct Brand If The Price Was Right? Here’s What You Should Consider – Reprise