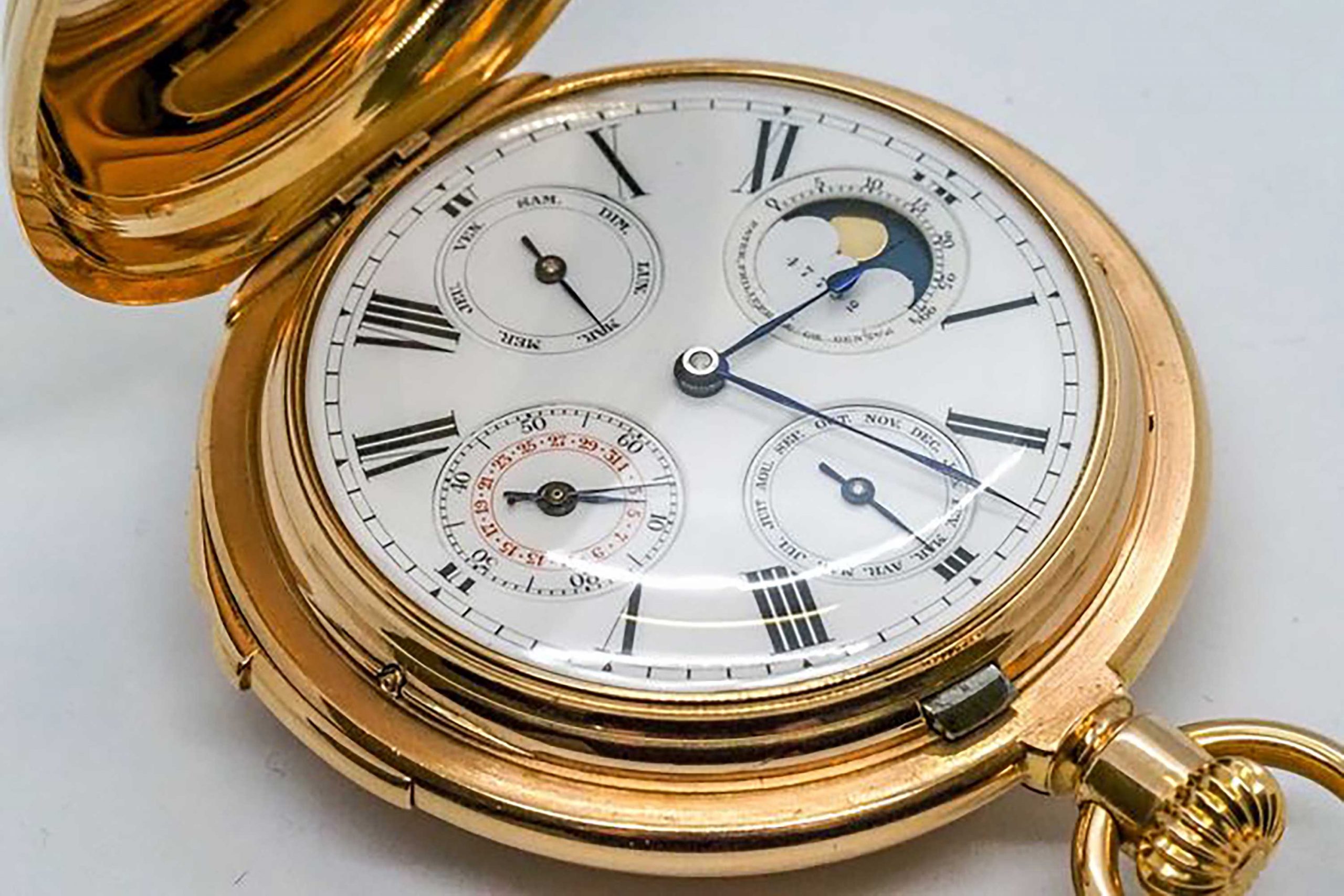 There is a huge section of the watch collecting community that is focused on military watches. Watches from the mid-20th century are both popular and steadily growing in value. One very interesting sector of this collecting stand is pilot’s watches, and in particular, the German so-called Big Pilot watches that date to World War Two. These watches were made to the same specification by five brands, as was common when a military force required a large number of watches in order sizes too large for one brand to make within the required time frames. The B-Uhr, or Beobachtungs-uhren (observation watches), were made for the Luftwaffe by IWC, A. Lange & Söhne, Laco, Stowa and Wempe.

The auction features such a watch made by IWC. The watch houses what is referred to as a Type A dial, with bold Arabic hour markers painted onto the dial with a triangle at 12. Due to the supersized case at 55mm, the watch has long hands. The nickname Big Pilot comes from the fact that these were big watches that also had big winding crowns that were often conical in form. This allowed the pilots to set the watches whilst wearing gloves in the freezing cockpits of their planes. The IWC ones are certainly the most collectible of the B-Uhr watches.

Travel in Style with the Breguet 5557 Marine Hora Mundi