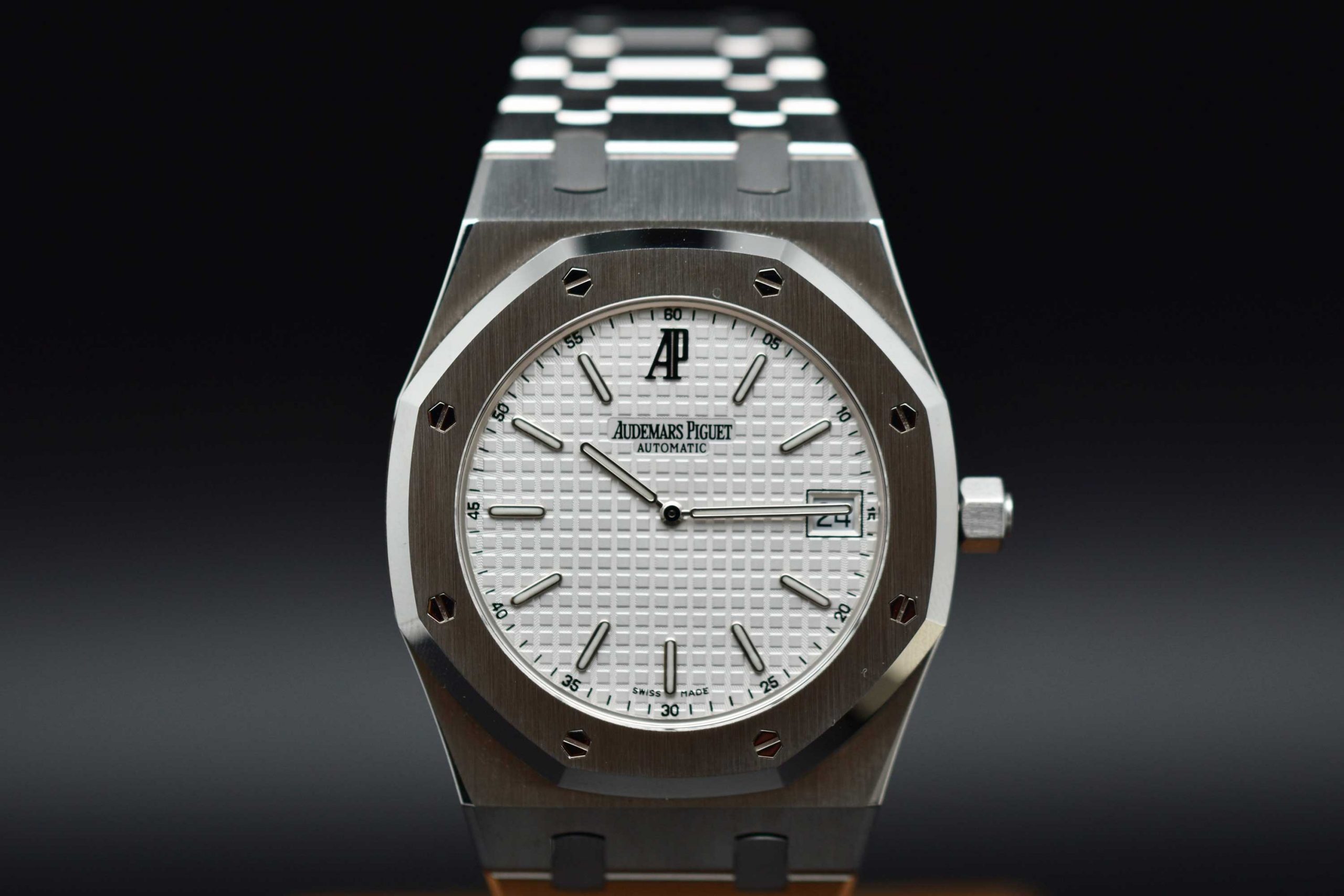 Today, June 17th, Amsterdam-based auction house Catawiki is launching its latest online sale of watches. Offering a broad spectrum of watches for all tastes and budgets, this sale features a number of horology’s biggest superstars from Rolex, Audemars Piguet and Patek Philippe. Whether you covert chronos, are set on something sporty or are dying for a diver; there is a watch from one of the big three brands for you. Let’s delve deeper into some of the star lots of the sale.

This year marks the 50th anniversary of Audemars Piguet’s most iconic offering, the might Royal Oak. A watch launched in 1972, the story begins in 1970 on the eve of Baselworld, when the then General Manager of AP, Georges Golay, took the decision to commission the world’s leading watch designer Gerald Genta to dream up the finest stainless steel ever designed. I like to imagine Genta working through the night, pen in one hand and espresso in the other, just finishing the sketches as the sun rose and then Mr Golay unveiling the design on the opening morning of the show!

Characterised by its signature eight-sided porthole inspired bezel with eight white gold screws and visible rubber gasket, the physical watch was unveiled at Basel in 1972. The ‘petit tapisserie’ dial became an equally iconic element of the watch. With its flowing lines, thanks to the integrated steel bracelet, the watch was marketed in 1972 at 3,300 Swiss Francs, which was a staggering amount of money for a steel sports watch at the time. You could buy a new Jaguar XJ6 for the same money! Genta was quite rightfully proud of the design and has been often quoted as saying it was the watch design of which he was most proud.

Catawiki has two examples of one of the most sought after Royal Oak watches, the steel Jumbo. The first Royal Oaks had the 39mm Jumbo proportions as reference 5402. In 2000, Audemars Piguet unveiled the reference 15202ST, that continued the purity of the original Genta design for the new millennium. The watches house the signature ‘petit tapisserie’ dial, have the octagonal bezel and beautifully flowing integrated bracelet. The sale has a more traditional blue dial and a clean looking white dial example, offering two different twists on the perennial favourite. The decision is which one will you bid on?