Going on a diet can be difficult, in no small part thanks to the misunderstanding of what a “diet” actually is. Pop culture and the media have turned the word diet from a description of all food typically consumed by a person or animal into an activity associated with extreme limitations in calories, food types, or entire food groups. This rebranding of “diet” has made the activity an annoying, uncomfortable, and sometimes dangerous undertaking in which people can starve themselves and risk malnutrition in the hopes of shedding some weight.

When a proper understanding of the term is placed front and center, it suddenly becomes much easier to incorporate diet changes to lose a few extra pounds. Instead of joining a fad diet named after some less-than-scrupulous physicians or TV doctors and only eating red meat or green smoothies, taking an accurate account of all the foods one eats shows where one can shift, adjust, and substitute to become a healthier person by focusing on nutrients and energy. In many cases, this should still help get rid of excess weight, but the end goal will be more integral to one’s lifestyle.

Still, it is impossible to shake the concept of a diet being solely about losing fat or getting “skinny,” so the word is now synonymous with anything getting smaller. Cars, couches, computers – literally anything that gets updated to be smaller or thinner in some way will likely be said to have “gone on a diet” by somebody. Interestingly, that use of the word actually describes more accurately what a shift in a diet means because designers and engineers have to carefully consider what goes into a product, what is necessary to its function, and how it could be made more efficiently by optimizing components.

This is seen in the watch industry when brands downsize models and movements: it almost always is the result of careful engineering to shrink components and use space more efficiently. Sometimes a size reduction can be achieved by optimizing the case and reducing the amount of extra metal that really doesn’t make it anything other than heavier. Brands also can dig into the movement to redesign and reengineer it to take up less space, or at the very least make modifications to work with a smaller form factor. 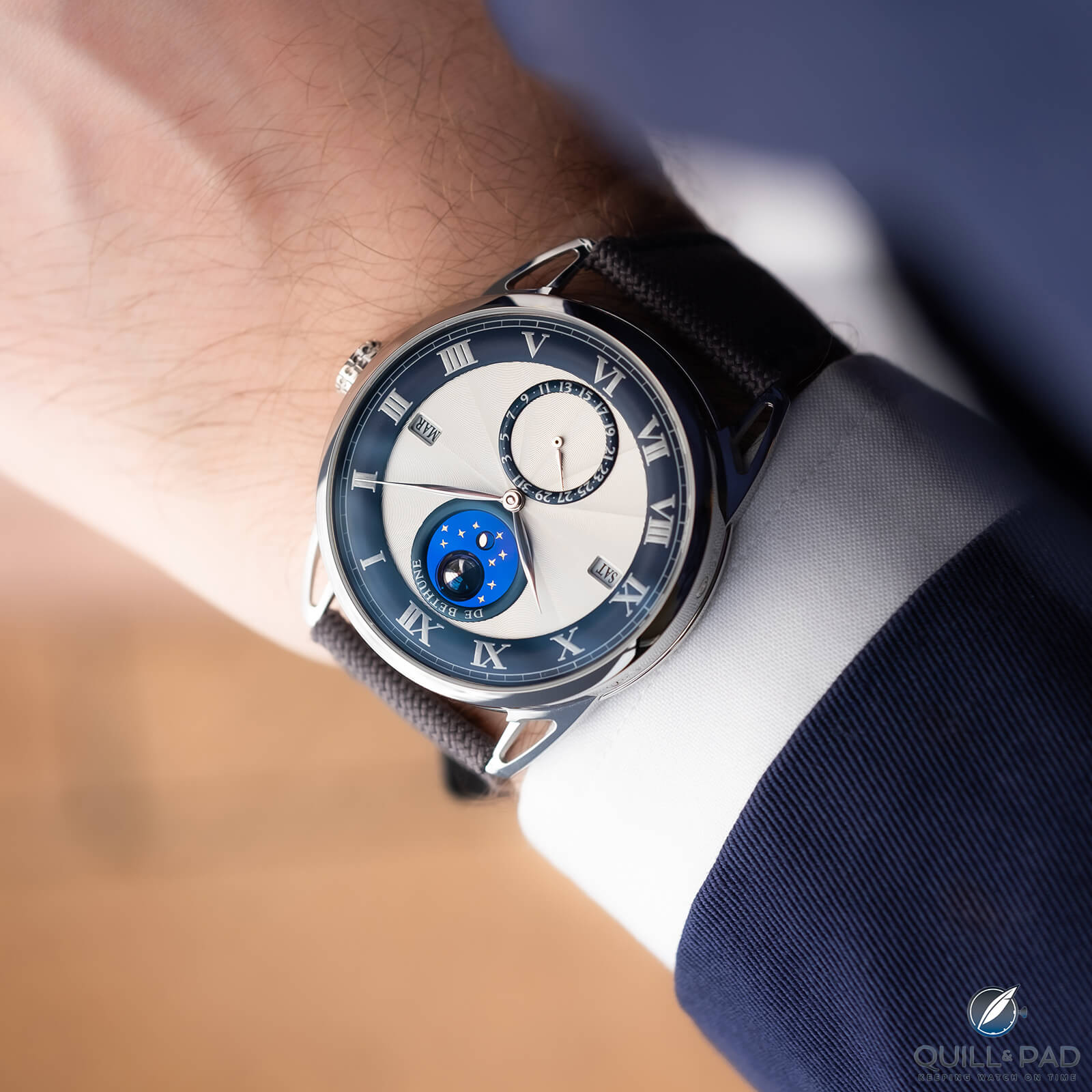 When the brand released the new DB25s Perpetual Calendar at Geneva Watch Days 2022, the main talking point was just how much the model had shrunk from its previous iterations to become a more perfect proportion. And like any good diet consultation, it was the result of careful and deliberate attention paid to the watch as a whole and how components worked with each other.

The DB25 Perpetual Calendar is a bit of a flagship watch for the brand even though it doesn’t sport the floating lugs or the tourbillon seen on other beloved pieces. Instead, it focuses on a supremely legible dial and highlights the beautiful spherical moon phase and the truly gorgeous dial details that make De Bethune one of the modern masters of avant-garde watch design. That doesn’t even get into the extremely technical movement, high-quality finishing, and practical functionality of such a timepiece. 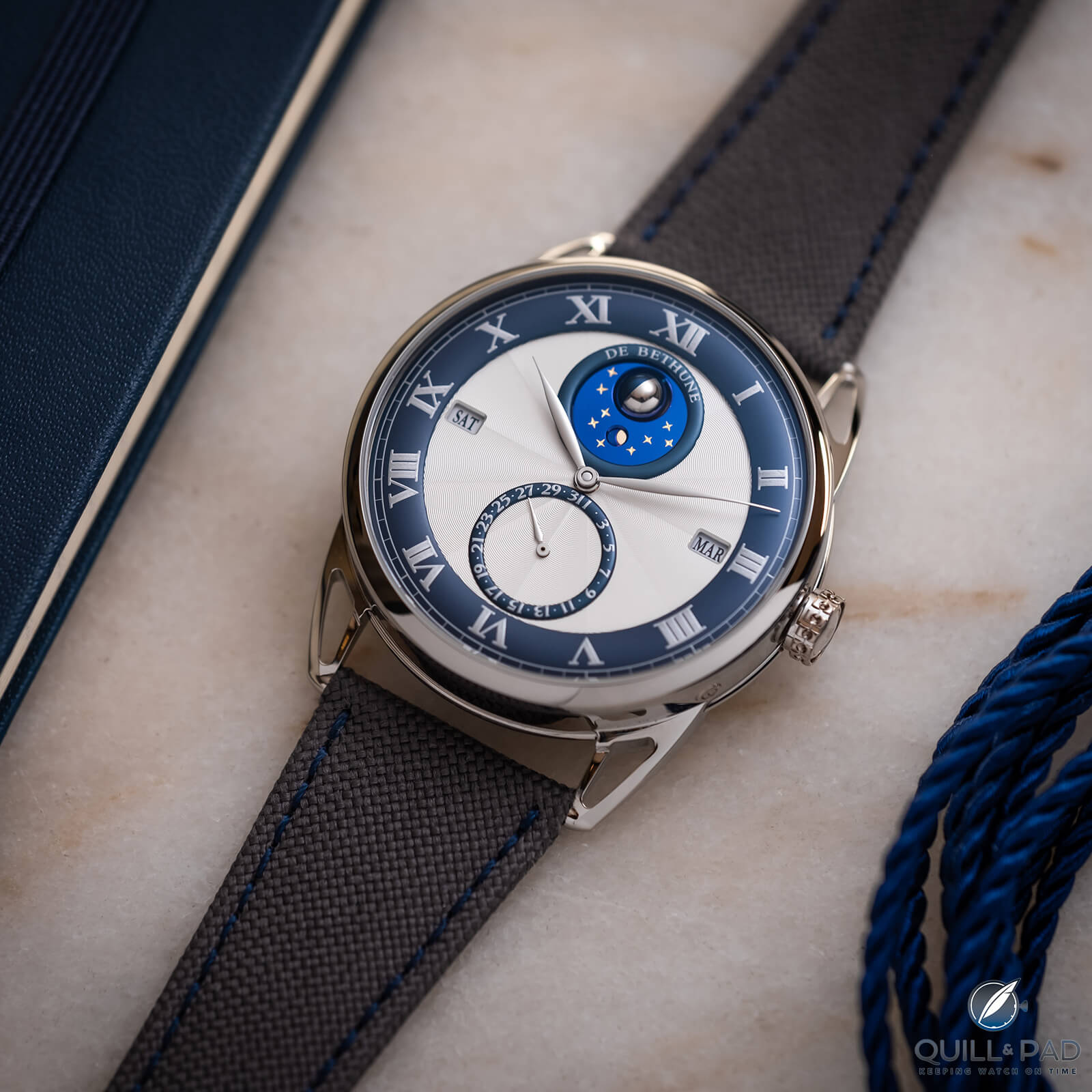 The DB25s QP is built around the perpetual calendar mechanism, using two small opposing windows to clearly display the month and day of the week, positioned symmetrically exactly where the typical date window would be placed, at 3 and 9 o’clock. This is a simple, readable layout that is pretty hard to argue against from either a proportion or layout point of view. The date is indicated with a more traditional subdial at 6 o’clock with the addition of a domed numeral track that has become a staple of De Bethune design.

The date dial at 6 o’clock is balanced by another subdial at 12 o’clock encapsulating the spherical moon phase (accurate to one day every 122 years), an artistic depiction of the stars, and a small window that displays the leap year indication. The latter functions sort of like a basic moon phase found in other places with the round window filling more each year before being completely filled during the leap year. It’s definitely less intuitive than a simple scale, but nobody said the leap year indication is hypercritical for readability. Once that is set it only matters once every 1,461 days, so taking some artistic liberties with the display of this information is perfectly acceptable. 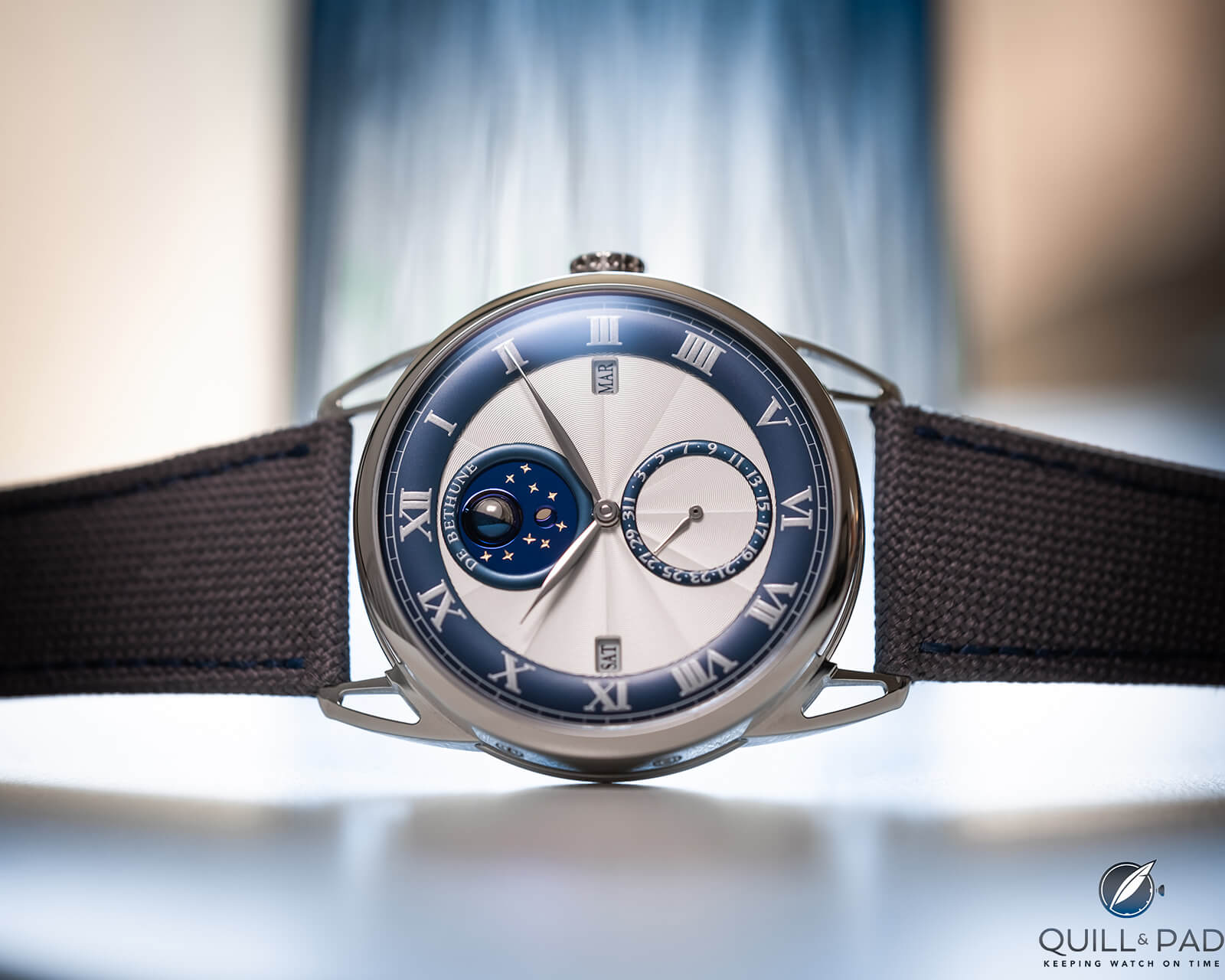 One of the biggest changes aside from material and color choices is the dramatic loss of diameter, making it four millimeters smaller than the original model, now coming in at the much more widely adored 40 mm. Four millimeters doesn’t sound like much unless we’re talking diameter, where the difference looks massive. Side by side, the two watches almost appear like a neo-vintage watch next to a modern watch; the size difference is so obvious. Visually, the case appears to be the same general profile, and the dial is mostly the same inside the domed hour ring. 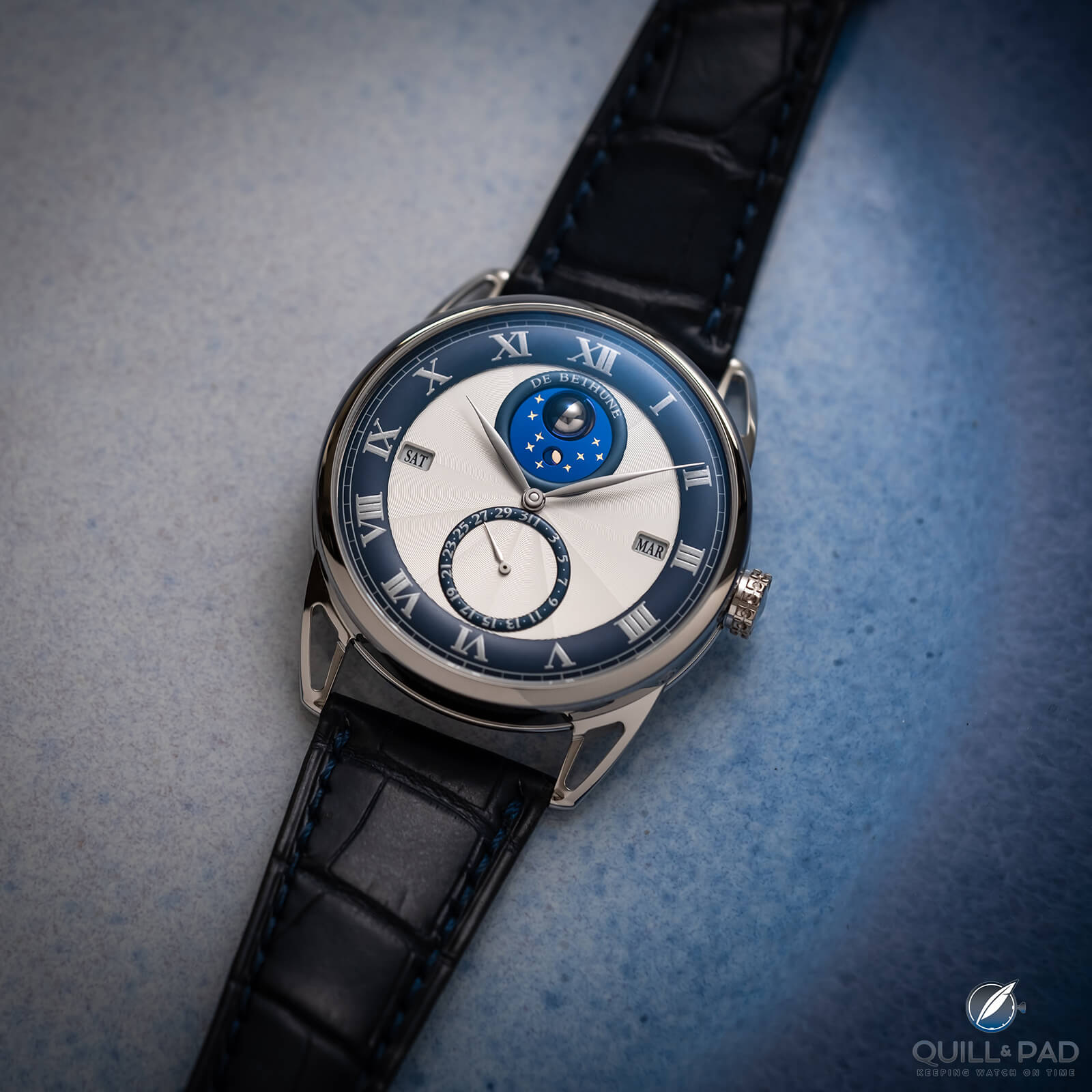 The hour ring has shrunk ever so slightly, encroaching a bit more on the month and day windows to gain a bit of real estate. The minute track just outside the numerals has slimmed down as well, dropping the five-minute numerals and reducing its width, thereby simplifying the dial. That minute track now bumps up against the bezel directly, completely eliminating the final row of barleycorn guilloche previously seen just outside of the domed hour ring. With these adjustments, the dial spans a couple millimeters less than before yet doesn’t feel different, just . . . tighter.

By making these changes to reduce the size by four millimeters, De Bethune carefully shaved off a few more ounces of fat from an already lean design. The watch is clearly smaller but since the dial features are effectively the same size, it is simply a more efficient use of the space. That goes to show just how much “extra” space there can be that can go unnoticed until a designer is forced to optimize it.

You wouldn’t know it from the dimensions of the movement either since Caliber DB2324 in the original and the new Caliber DB2324V2 have remained largely the same. The changes are small but focused on making the movement fit better into a case that is four millimeters smaller. Surprisingly the case is a scant 0.2 mm thicker than its predecessor, but since it still measures only 11.3 mm, it stays extremely wearable like every other De Bethune piece.

There aren’t exactly any new technical achievements in the movement because it already incorporates a ton of the patents and developments De Bethune has debuted over the years. 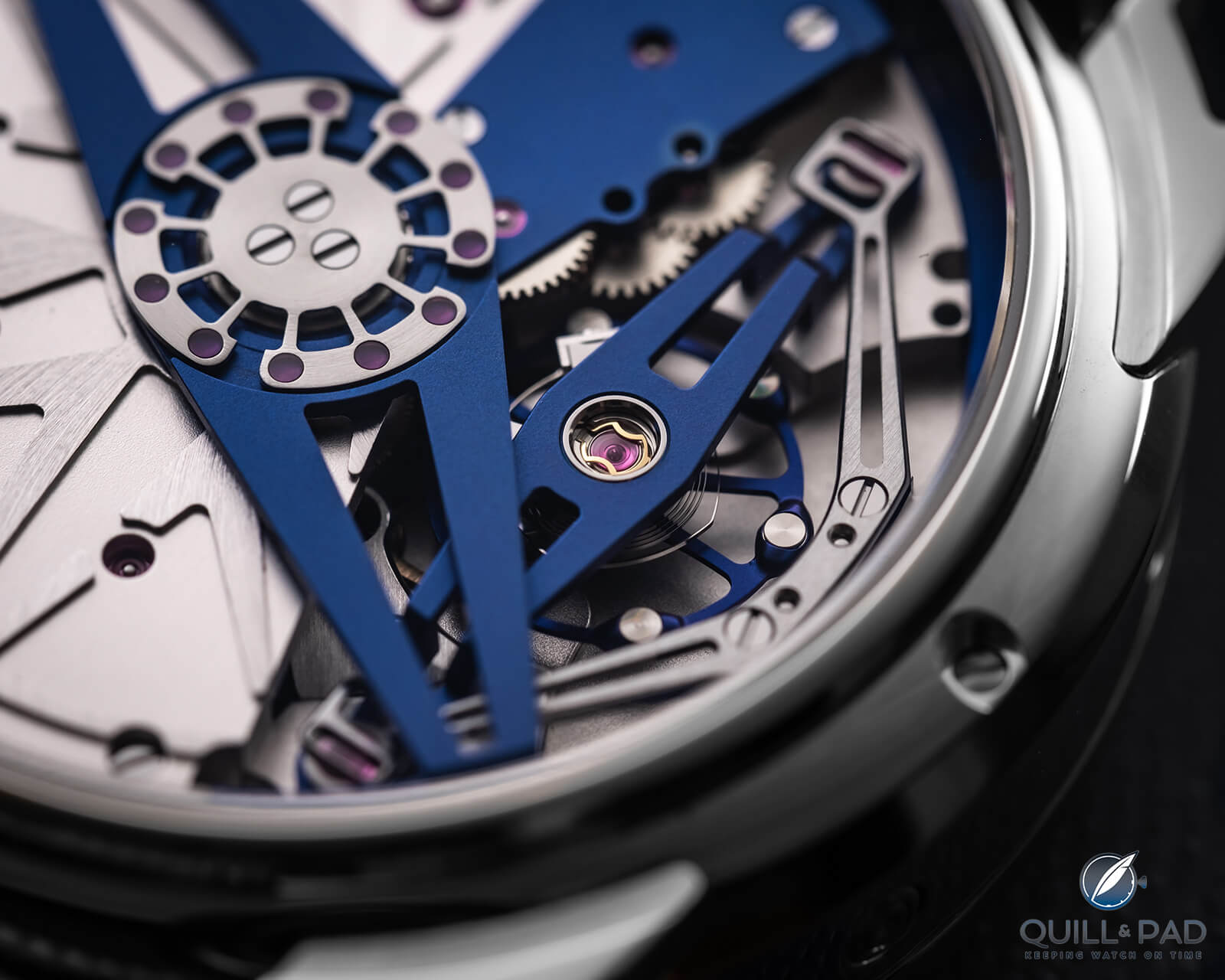 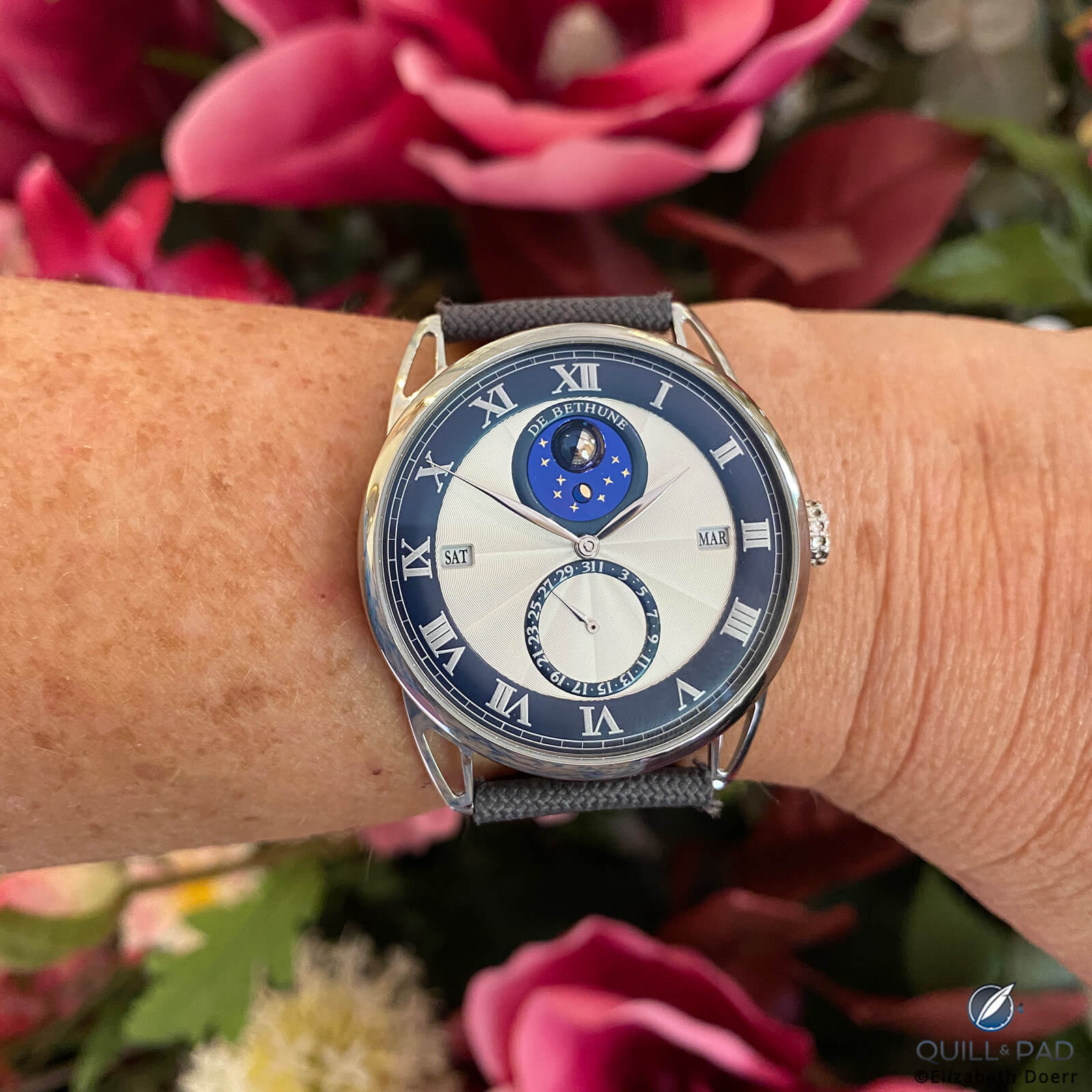 Essentially, the DB25s QP is a more perfect version of an almost perfect watch. If this model had the floating lugs of the DB28 collection, it would become even closer to perfect, but I’m happy to have the variety of the fixed and hollowed out lugs of the DB25. When you combine the incredible guilloche and domed dial rings with the perpetual calendar and moon phase De Bethune is known for, it is hard to argue any flaws.

One thing to consider is that the watch, like everything from De Bethune, is limited by the brand’s yearly production capacity. While it isn’t a limited edition, there still won’t be more than 15 examples each year. I imagine that capacity will be maxed out with a waiting list considering the DB25s QP was the result of many collectors begging for the much adored 40 mm case diameter. I look forward to a follow-up edition that plays a bit more with color and materials, perhaps a blued titanium case, or even a Starry Varius version (a boy can dream, can’t he?). 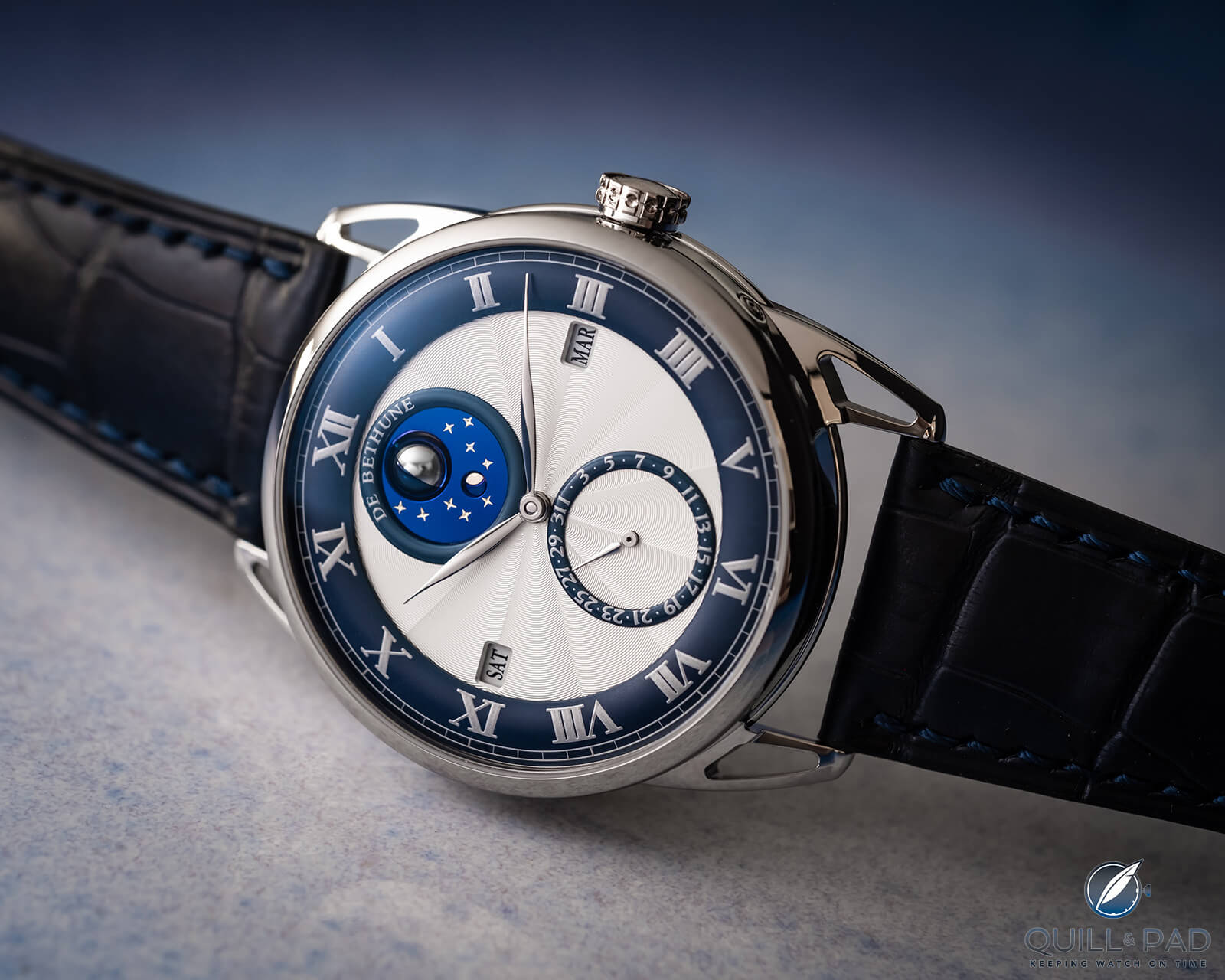 The decision to shrink the DB25 QP demonstrates that De Bethune truly cares about making watches that its customers want and is talented enough to improve every new release in both large and small ways. The DB25s QP gives me one more reason to go running back to Geneva as soon as I can to get some hands-on time with one of my favorite brands – and with one of its best watches.

Until then, let’s break it down!

Reflecting On Ten Years Of The Sensational De Bethune DB28