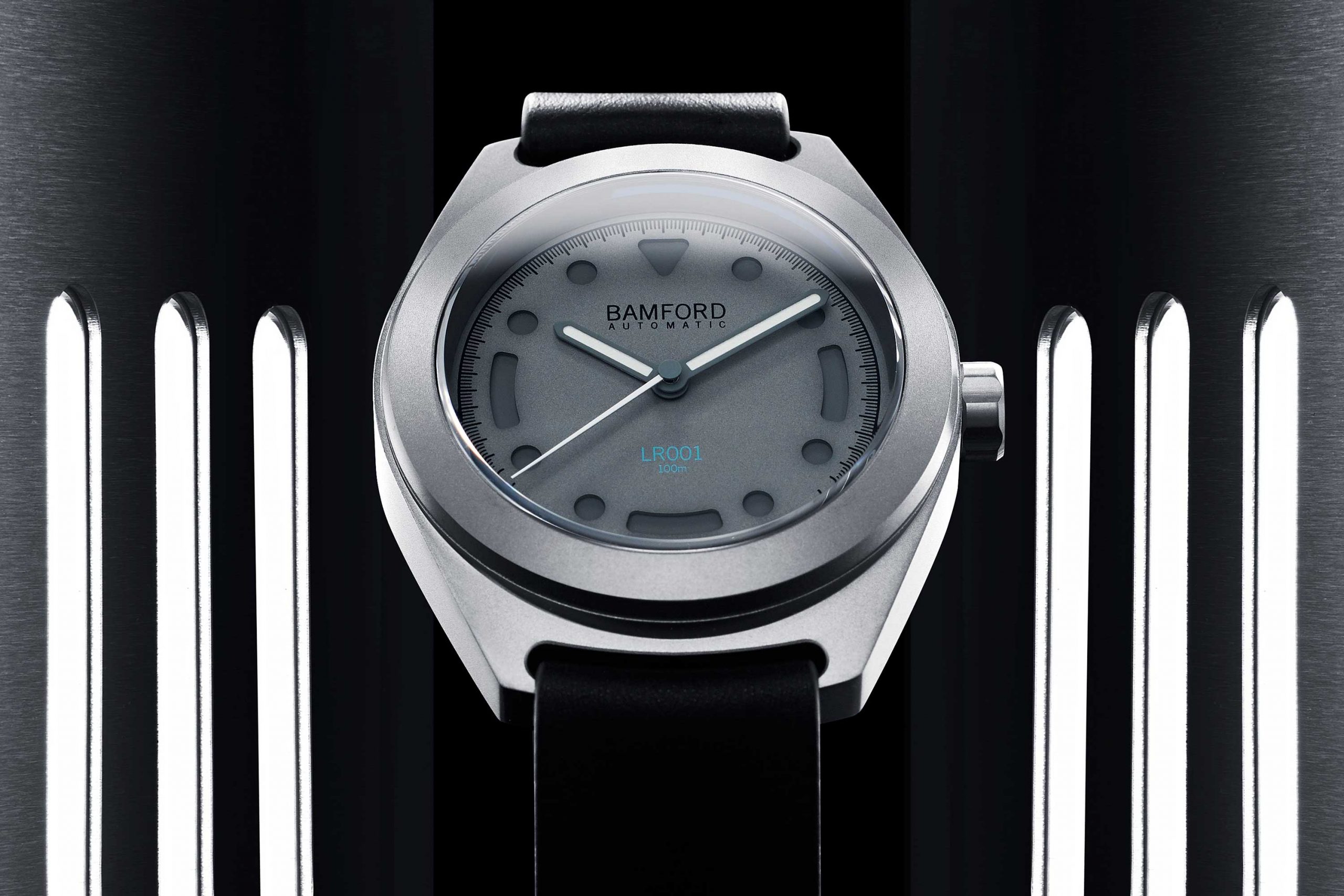 I am a Land Rover fan and have been for as long as I can remember. I drive the family tractor-esque Discovery Sport, but I have always loved the Defender. Since it was launched, it has stayed loyal to its roots in a way that only a handful of other iconic designs have done over the years. The Rolex Submariner, Fender Strat and Porsche 911 are other examples. It was with trepidation that people awaited the news of the new Defender, once it was announced that the original was being retired. Any fears that it would be anything less than awesome, were allayed when the first pictures emerged of the new beast. In fact, don’t just take my word for it – read what George thinks about it here.

The opportunity to work with Land Rover’s design team on a watch was a no-brainer for Bamford. “It was amazing to be able to create tis fixed lug field watch, inspired by the new Defender, which itself was inspired by and is the continuation of the original Land Rover. I call this new design ‘modern rugged luxury’, which is exactly what the new take on the iconic Defender is. This watch case is unique too and will only be used for Land Rover models.” A hint, hopefully, of more exciting LR projects to follow.

The LR100 has all the utilitarian looks of the decades-old Defender, but with the refinements that are now part and parcel (shelf) of the new model. The 40mm case is in grey titanium, that is as light as it is hard wearing, and is fashioned in one piece with fixed strap bars and smoot bezel. The design is elegant, but it’s also clearly a rugged as any watch you could find and looks almost bombproof. A perfect pairing then with its collaborative brother.