Dive into the world of Nivada Grenchen 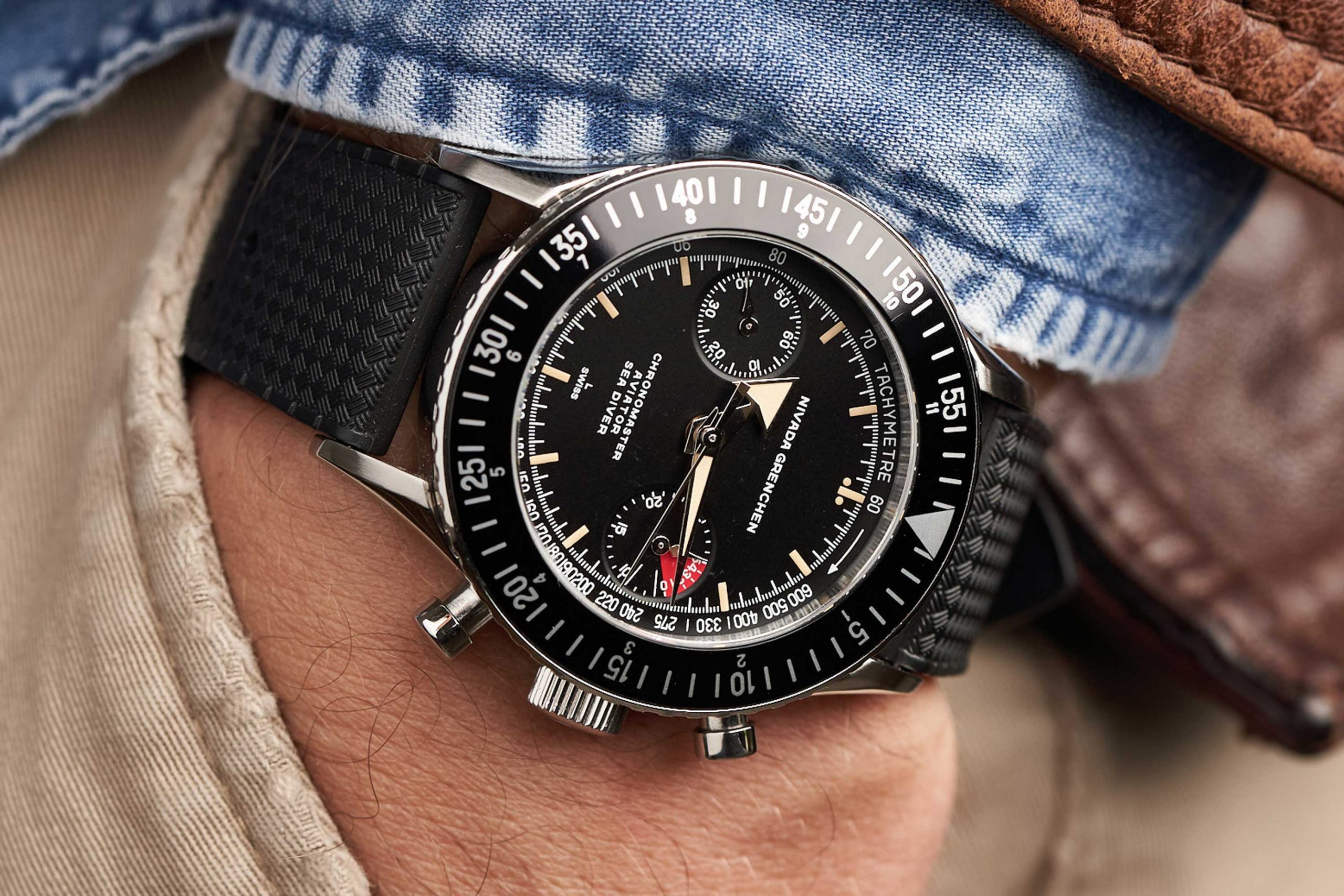 This rising tide of interest was enough for two fans of the brand, Remi Chabrat and Guillaume Laidet, to take an interest and bring the dormant name back into the public consciousness. We spoke to Guillaume about what drew him to Nivada, and how they’ve put a 21st-century twist on the storied name.

What drew you to Nivada — what made it special ‘back in the day’?
“Isn’t it obvious? The watches are cool, but more than that, the brand has quite an important legacy. In 1930, Nivada Grenchen was one of the first companies to manufacture automatic watches. This led to their first waterproof automatic, the Antarctic, made in 1950. This watch was worn by the members of the U.S. Navy’s Operation Deep Freeze I during their expedition to the South Pole from 1955 to 1956. Then, in 1963, the company launched the Chronomaster Aviator Sea Diver, a chronograph waterproof up to 200 meters. They followed up in 1964 with another breakthrough timepiece — this time, a diver’s watch called Depthomatic. It was the first dive watch with a depth gauge or bathymeter. A year later, another diving timepiece was introduced under the Depthmaster model — a dive watch that could withstand a pressure of 100 ATM or 1,000 meters.”