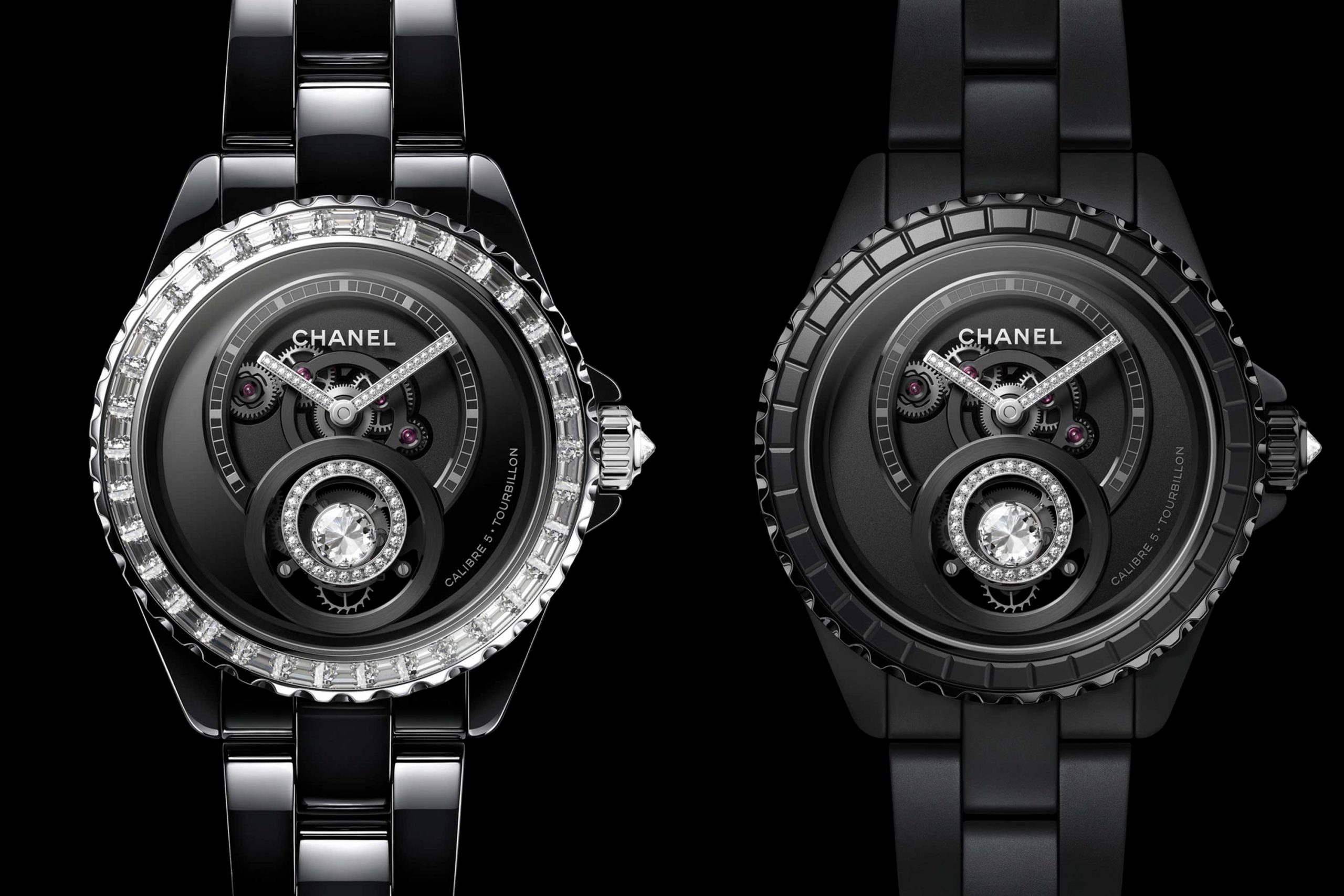 The openworked dial reveals just enough of the unusual bits to provide intrigue while keeping the more conventional parts such as the keyless works hidden. At the same time, with the seconds wheel located on the side of the baseplate and the motion works off-centered, nothing obstructs the view of the tourbillon from above. This is noteworthy and a sure indication of a well-thought-out design. The aperture size for the tourbillon, like the barrel, can be taken to its limit, occupying half of the movement’s diameter for maximum visual effect. In addition, the subsequent wheels after the third wheel are made smaller so as not to cause a huge overlap. The last wheel in the gear train then drives the star of the show, which is the flying tourbillon.

As a recap, a tourbillon houses the balance wheel and escapement in a carriage that rotates on a fixed fourth wheel. By design, the cage has a 60-second period of rotation which allows it to double as a small-seconds display. Because it is constantly revolving, the balance does not experience the downward pull of gravity in the vertical plane, as compared to a stationary oscillator, thereby producing a more uniform average rate.

In the Calibre 5, the tourbillon cage is cantilevered only at its base, without a bridge on its top pivot, giving the impression that it is unfixed and thus “flying”. Without an upper bridge, this configuration offers unobstructed views of the full carriage. And to amplify the effect, the tourbillon cage is set with 26 round brilliant-cut diamonds with a large 65-facet solitaire diamond positioned in its center, creating a dazzling spectacle as it rotates. A gem-set cage with a 60-second period of rotation is a technical challenge in itself as it requires additional solutions to counteract the additional inertia. It is coupled with a low-inertia balance wheel that beats at 4Hz, or 28,800 beats per hour, which is higher than the standard frequency in most tourbillon movements. All things being equal, a higher frequency balance maintains more stable timekeeping in a wristwatch as it is less susceptible to shocks caused by wrist motions.

The movement alone would have been enough to make this an exceptional timepiece. But Chanel’s calling card — the triumph and perhaps the hardest aspect to emulate — is its knack for creating watches that are not only beautiful on the face of things, but also cohesive in their motivation and overall design.

A series of repeating, intersecting circles — reminiscent of Chanel’s interlocking double-C logo and a design choice of Arnaud Chastaingt — permeates all levels of the watch. The movement is a collage of rings, with wheels that are held in place by a large circular bridge, while the front of the watch is composed of interlocking circles on different elevations. They vary in size and texture, from the diamond-set tourbillon cage to the bridge that frames the exposed gearworks and tourbillon.

The J12 Diamond Tourbillon is presented in two versions, each limited to 55 pieces. The first one features a glossy black ceramic case with a white gold bezel while the other has a matte black ceramic case with a black-coated steel bezel. To further accentuate its circular architectural composition, the bezel is paved with 34 baguette-cut diamonds in the glossy ceramic version, and 34 black ceramic baguettes in the matte model. As with all in-house calibers, an emblem of a lion’s head — a nod to Coco Chanel’s zodiac sign — adorns the Calibre 5 as a homage to the designer.

A. Lange & Söhne Odysseus: Making A Case For Titanium