Grail Watches: The Holy Trinity (Patek Philippe, Audemars Piguet, And Vacheron Constantin) – And What Is A ‘Grail’ Anyway? – Reprise

Some months ago, I listened in on a Clubhouse discussion hosted by UK-based watch strap purveyor and YouTube watch-vlogger Adrian Barker on the topic of “The Holy Trinity,” which, as any watch nerd knows, refers to the triumvirate of Patek Philippe (PP), Audemars Piguet (AP), and Vacheron Constantin (VC). It is widely understood that these brands have earned this nickname through their collective dominant position as the world’s longest established and most accomplished mass-production watchmakers.

During the discussion, in which participants explained their own understanding of the term and listed their personal preferences for the top trio, I also heard references to “grail” watches and even the “Three Horsemen” (presumably “of the Apocalypse”) and at one point began to wonder whether I had stumbled into a conclave of cardinals in the Vatican’s Sistine Chapel, convened to choose the Pope’s next watch.

These terms are, I suspect, bandied about with a degree of disregard for the original meanings of the terms. Sometimes one suspects that the speaker or writer may have picked them up from Monty Python and the Holy Grail or Raiders of the Lost Ark. Perhaps we should take a look at the origins of the terms before going on to see how they might apply to the brands concerned. 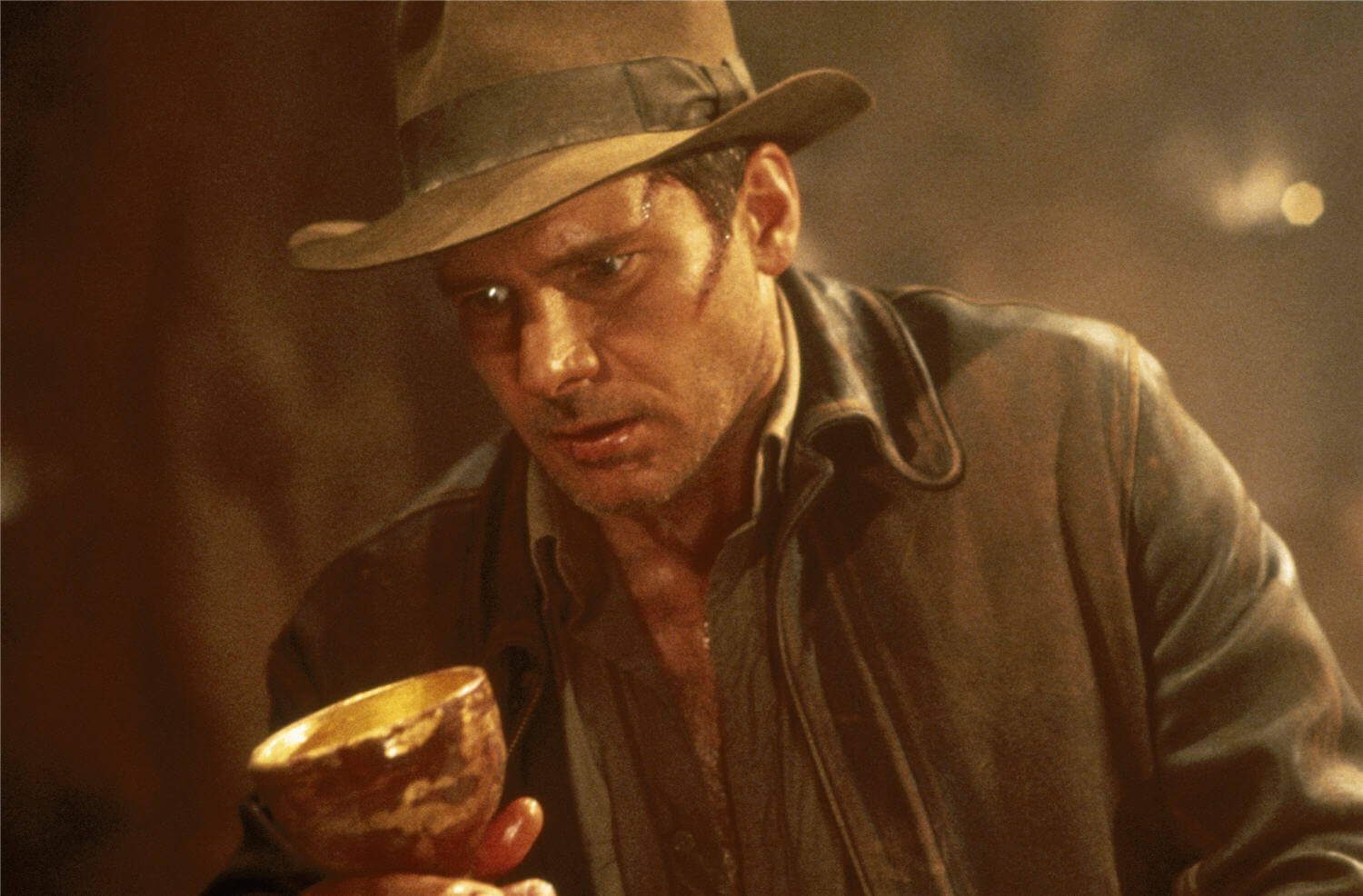 Horsemen of the Apocalypse

Let’s begin at the end, so to speak. The use of “the Three Horsemen” to describe PP, AP, and VC seems to be apocryphal as I have not found a written example of it anywhere, but it is presumably a reference to the last book in the Christian Bible, the Revelation of John, in which, just before the world is due to end, “three [and sometimes four] beings ride out on white, red, black, and pale horses, given authority over a quarter of the earth, to kill with sword, famine, and plague.” I’m not quite sure how this relates to the pinnacle of Swiss watchmaking so I shall leave this one to the eschatologists (theologists concerned with the future of humanity and so-called end times).

This is a more interesting term, with a fascinating history rooted between possible fact and utter fantasy. The term “grail,” from the Celtic Gral or Greal, first appears in one of the King Arthur legends in 1190 and variously describes a cup, a dish, or a stone “with miraculous powers that provide happiness, eternal youth, or sustenance in infinite abundance.”

Over the centuries, the legend became entwined with that of the Holy Chalice, the cup that Jesus supposedly used at the last supper and in which Joseph of Arimathea collected Jesus’ blood at the crucifixion. 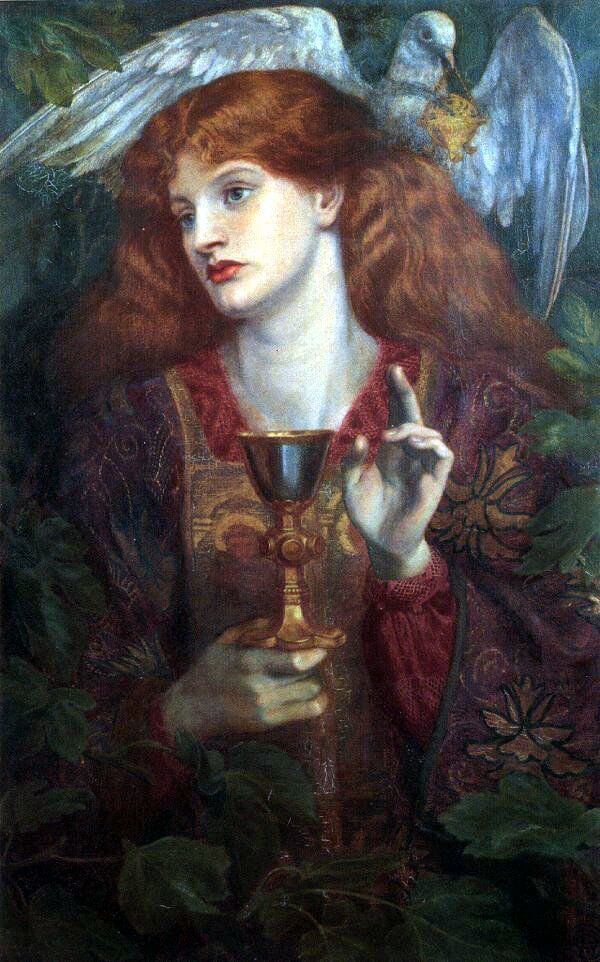 This cup was reportedly taken to Rome by St. Peter and used by the early church, sent to Spain for safekeeping during a period of persecution in the year 251, and kept hidden during the 900-year Muslim occupation of Spain. It is recorded as having been kept on display in Valencia’s cathedral since the fifteenth century.

The Grail is closely associated with both the Arthurian legends and the Christian reconquest of Muslim Spain. But it is also associated – with no historical justification – with the Knights Templar, which emerged during the Crusades in twelfth-century Jerusalem, becoming a powerful multinational financial organization until it was disbanded and its members wiped out by Philip IV of France (who, perhaps coincidentally, owed them a lot of money). For the Templars, the Grail was supposedly a symbol of secret knowledge rather than a tangible object.

Over the centuries, various European writers of dubious credentials associated the Grail not only with the Templars but also the Cathars (a medieval Christian sect) and ultimately German nationalist mythology, which resulted at one point in Reichsführer Heinrich Himmler sponsoring a fruitless search for the Grail (as suggested in Indiana Jones and the Last Crusade). 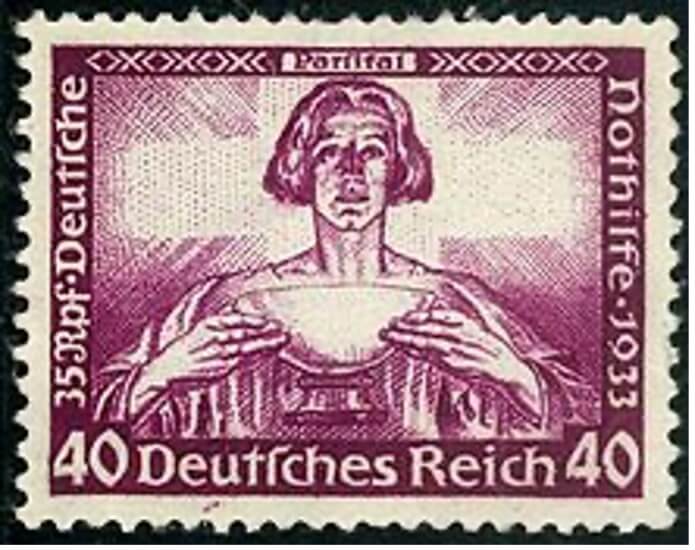 The most recent form of Grail nonsense was put forward in a TV documentary and book by a pair of British fraudsters who “proved” that “San Graal” was actually “Sang Réal” or “Royal Blood” and that the descendants of Jesus and Mary Magdalene were alive and well and living quietly in France, having been hidden away over the centuries by the Cathars and their successors, the Priory of Sion, until they can reclaim the French throne. This fable was the inspiration for American author Dan Brown’s Da Vinci Code. 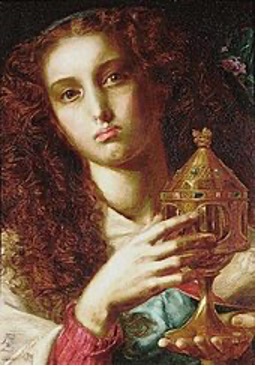 For watch collectors, the relevant characteristics of the Grail are those that draw on the above legendary and mythical tales, such as its transformative nature (as in “this object will enhance and enrich your existence if you can only get your hands on it”) and its unattainability (as in “you will never actually get your hands on it because it will always be just out of reach”) either due to its cost or its rarity or because if you did a new “grail” watch would rapidly supplant it in your fevered collector’s mind and it would just become another piece in your collection, most likely having to be sold to finance the new acquisition.

These two concepts merit further examination. For the first, there are numerous examples in twentieth-century cinema and literature (such as Lara Croft: Tomb Raider and Philip Pullman’s Dark Materials trilogy, to name but two) of a clock or clock-like device that has the capacity to transform the course of peoples’ lives or even world history. And that is the essence of the “grail watch” concept: it is much more than a watch that you really want, it is the watch that you believe can transform you by mystically or practically infusing your existence with something that is currently lacking.

The second is the inherently unattainable nature of the “grail watch”: the fact is, you probably wouldn’t know what to do with yourself if you did acquire it. One of the key lessons of childhood is that hankering after a particular toy or object for a lengthy time will inevitably end in disappointment, if only because people change, even if the objects they long for do not (see “Watch Nirvana” below).

Back to Patek Philippe, Audemars Piguet, and Vacheron Constantin: so what is the Holy Trinity for the non-watch obsessed?

The Trinity is a core concept in Christian dogma and yet, surprisingly, the Christian Bible does not mention a “trinity” as such. It is a doctrinal term coined by the early church to explain that God is “one God, but three coeternal and consubstantial persons: God the Father, God the Son (Jesus Christ), and God the Holy Spirit.” 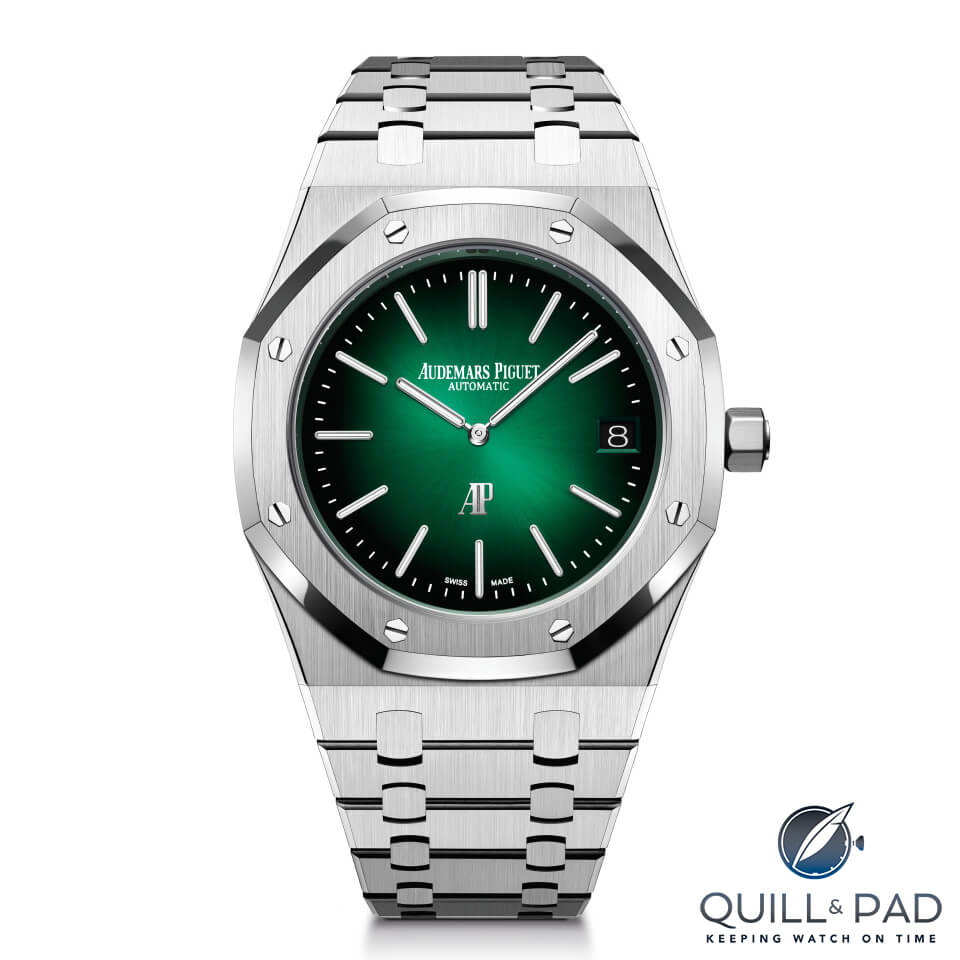 This term is potentially problematic for our many Muslim brothers and sisters in the watch community, as shirk, the association of partners with God, is deemed to be one of the gravest sins in Islam. Are they bothered as they agonize over whether to wear Audemars Piguet’s Royal Oak or Royal Oak Offshore today? Probably not.

What does matter is that although PP, AP, and VC are in theory described as constituting the Trinity in no particular order, I suspect that just as with the Christian Trinity, there is a watchmaking pecking order, with Patek Philippe being God, Audemars Piguet the hipper, more accessible Son, and Vacheron Constantin the less high-profile (i.e., invisible) Holy Spirit. This is borne out by the photo below, with PP in the middle, AP “seated at the right hand of the Father,” and VC to PP’s left.

If you have a different interpretation, do leave a comment below.

For watch collectors, the general consensus is that membership of the Trinity is based on the three watchmakers’ cumulative technical prowess and uninterrupted existence (with Vacheron Constantin being the oldest). Some commentators have attempted to introduce other watchmakers such as A. Lange & Söhne or F.P Journe to the triumvirate, but none of these pretenders can claim the requisite combination of historical background, technical excellence, and production volumes.

Are any of these your grail watch?

In conclusion, I think it is time to give the watch collecting community’s vocabulary an overhaul to reflect its true global, multicultural, and – let it be said – multi-faith nature. I therefore respectfully suggest that we introduce the following, more inclusive concepts and terms:

Watch Nirvana: when you are finally released from the eternal cycle of watch upgrades (see “grail watch” above).

Mecca of watchmaking: the country formerly known as “Switzerland.”

Watch Karma: when you find yourself buying back a watch you owned previously but sold. Over and over again . . .

Muggles (not a religious term, but almost): people who don’t wear a watch.

Other suggestions are welcome in the comments below. And let us know your grail watch!

Give Me Five! All 5 Of Patek Philippe’s Advanced Research Limited Editions