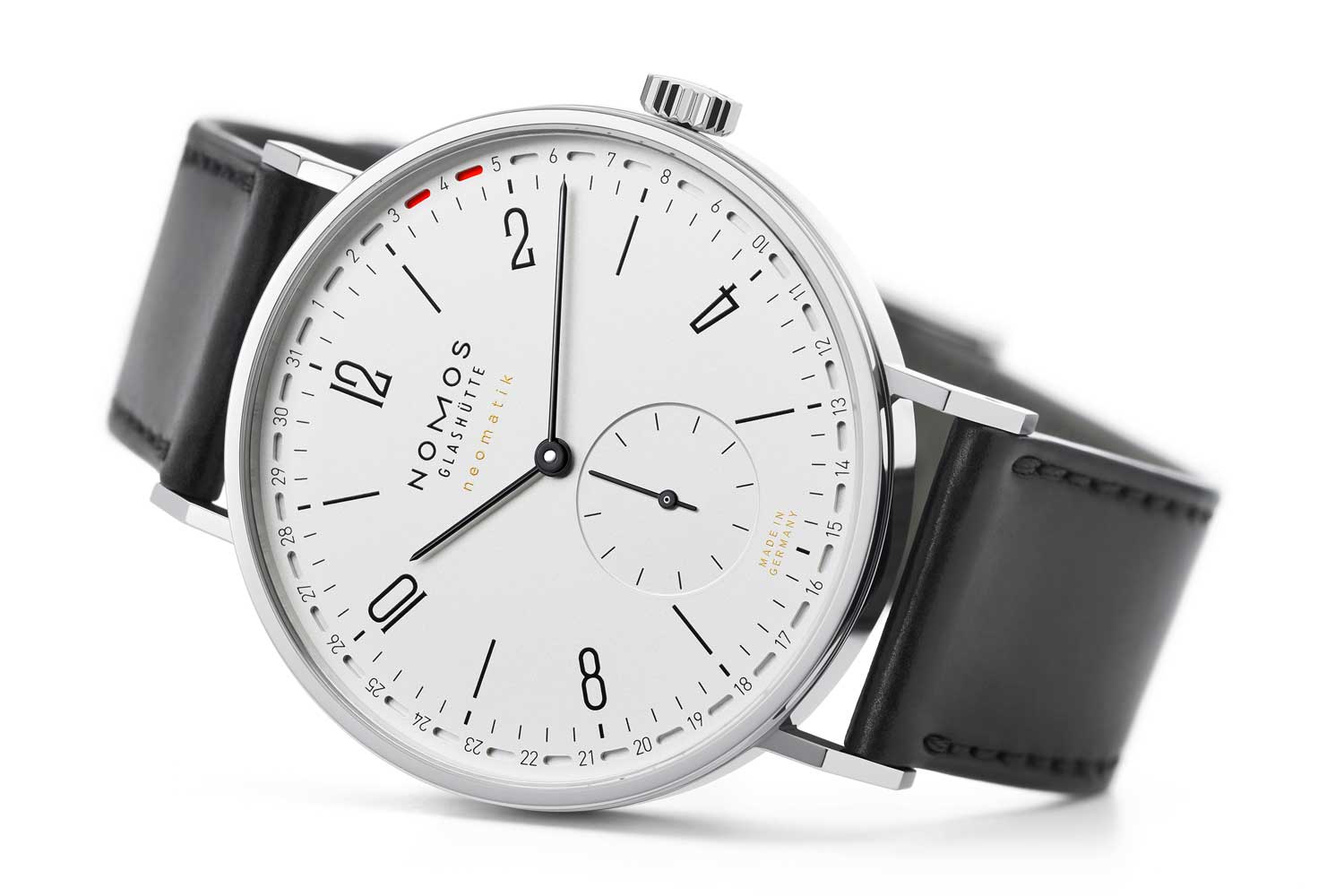 Nomos is headquartered in Glashütte, Germany and has been an independent brand since its inception just after the fall of the Berlin Wall when Roland Schwertner turned his entrepreneurial spirit to watchmaking. The first collection was released in 1991 and included four models — the Orion, Tangente, Ludwig and Tetra. Each of the four was designed by Bauhaus designer Susanne Günther, who brought the design tenets of the movement into the watches. Each Tangente that followed through the years continued to play with its initial design concept of a modern, simple dress watch and introduced a variety of sizes, colors and complications.

Since 2015, Nomos has raised the bar for slim dress watches with the development of two new “neomatik” (named after “new automatic”) movements with slender profiles. The first time-only neomatik movement, DUW 3001, was released in 2015 and measures a lean 3.2mm in height. The second movement released in 2018, DUW 6101, featured a date complication and measures 3.6mm in height. Both movements are independent of each other and were developed by the same technical team responsible for the swing system in 2014 — Nomos’ proprietary escapement. “The Nomos swing system and neomatik,” explains Nomos CEO Uwe Ahrendt, “stand for the best handcraft and outstanding technology from the cutting edge of Glashütte.”

The DUW 3001 movement has achieved new levels of efficiency, with a friction loss of only 5.8 percent rather than the usual 20 percent for an efficiency of 94.2 percent. The DUW 3001 is equipped with the Nomos swing system that made Nomos one of the few watchmakers fully independent, right down to the escapement. One shining example from Nomos with this movement is the Tangente neomatik platinum gray. The design of the watch is ultra-flat to give an overall case height of only 6.9mm on the 39mm steel caseback version and 7.1mm on the 39mm sapphire crystal glass back version.