“When one boy among a dozen throws a stone into the air, crying out that ‘what goes up must come down,’ it is very likely so to happen.”     – Theodore Sedgwick’s Hints to my Countrymen, 1826

Do you remember 2015? I wish that were a rhetorical question, but given the influx of new participants into our hobby who seem to believe that history started around 2020, and whose experience of the watch market is one of consistently increasing prices both at retail and in resale, I figured I needed to ask.

In those long-ago days, a softening of the watch market linked to a pullback in the Chinese market had many watch enthusiasts in a dither; enough so that I felt the urge to write my original “Keep Calm and Continue Collecting” piece, which I had originally intended as a treatise on “how high is up” before prices took a sudden downward turn. 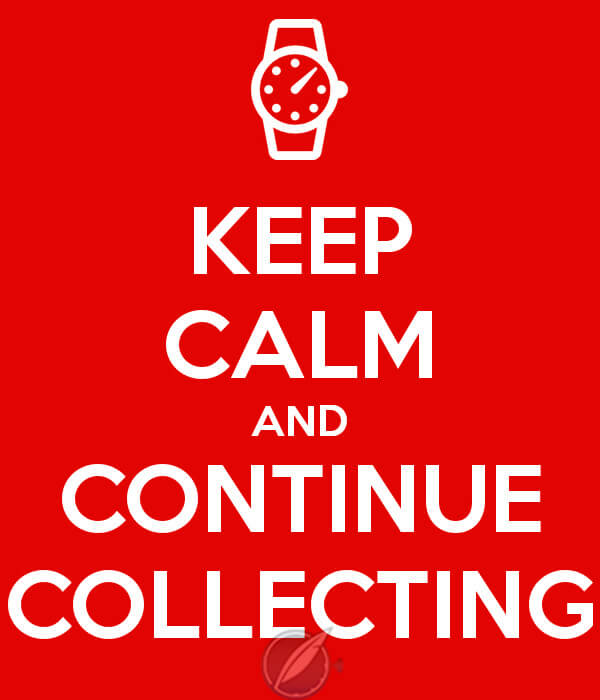 As true today as it was then

In my view, many of the observations I made then still hold true, but in the intervening years there have also been significant changes that suggest both different outcomes resulting from the current price correction and some new guidance for enthusiast buyers.

Watches are now a mainstream luxury and fashion category: It’s easy to forget that as recently as Dubai Watch Week in late 2019 I moderated a panel that debated whether smartwatches would wipe out the mechanical watch industry.

Now, it seems that watches are here to stay, at least for the foreseeable future. Celebrities and media darlings flaunt their expensive pieces; design-forward micro brands have brought new life to the lower end of the market; a much wider range of independent makers’ pieces have become collectible; and even in the face of economic challenges the Swiss watch industry reported substantially increased watch exports in the first quarter of 2022.

With the good comes the bad, of course, and one characteristic of a mainstream fashion category is that it attracts a set of well-off, low-information buyers who engage in copycat behavior to show that they are part of the crowd. There have always been “hot” watches in the hobby, but I don’t recall any prior time at which contemporary pieces, often at the low ends of brands’ respective ranges, have sold for 10 or more times their retail prices for any sustained period. The hype watch phenomenon has been obvious and with it the risk that once these low-involvement buyers lose interest – or find that their disposable income has dropped – there will be a much more substantial selloff than we saw in 2017. 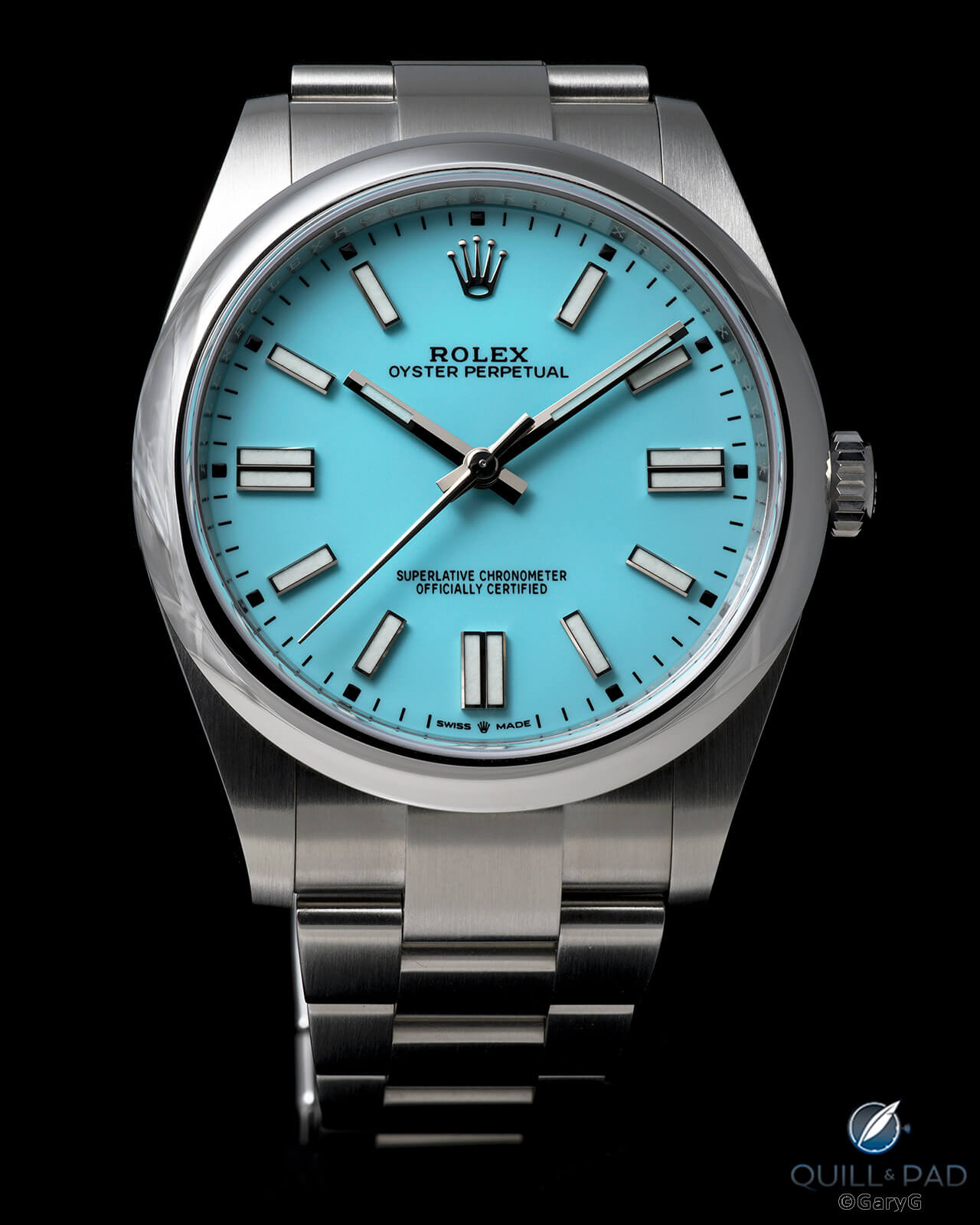 Retail and channel marketing has changed: Time was, when you wanted to buy a new watch, you went to your local multi-brand or agency dealer; resales were largely handled through personal networks, online forums, and private dealers; and the grey market was a place where excess inventory was sold out the back door of dealers or sourced directly from manufacturers at big discounts.

Now brand after brand is opting for company-owned direct retail, mega-dealers have emerged to dominate (and in my view distort) the pre-owned market, and the grey market is a place where flippers turn to cash in on their recent purchases and dealers divert “unworn” popular watches to maximize their profits.

At least in theory, the shift to company-owned retail should allow brands to practice pricing discipline in a softer market – as long as they are willing to cut production and shift their mixes toward more popular items. Some brands, however, may find that practices such as bundling, while they have increased near-term profits during the boom, come back to bite them in the form of lower long-term loyalty among stalwart buyers. 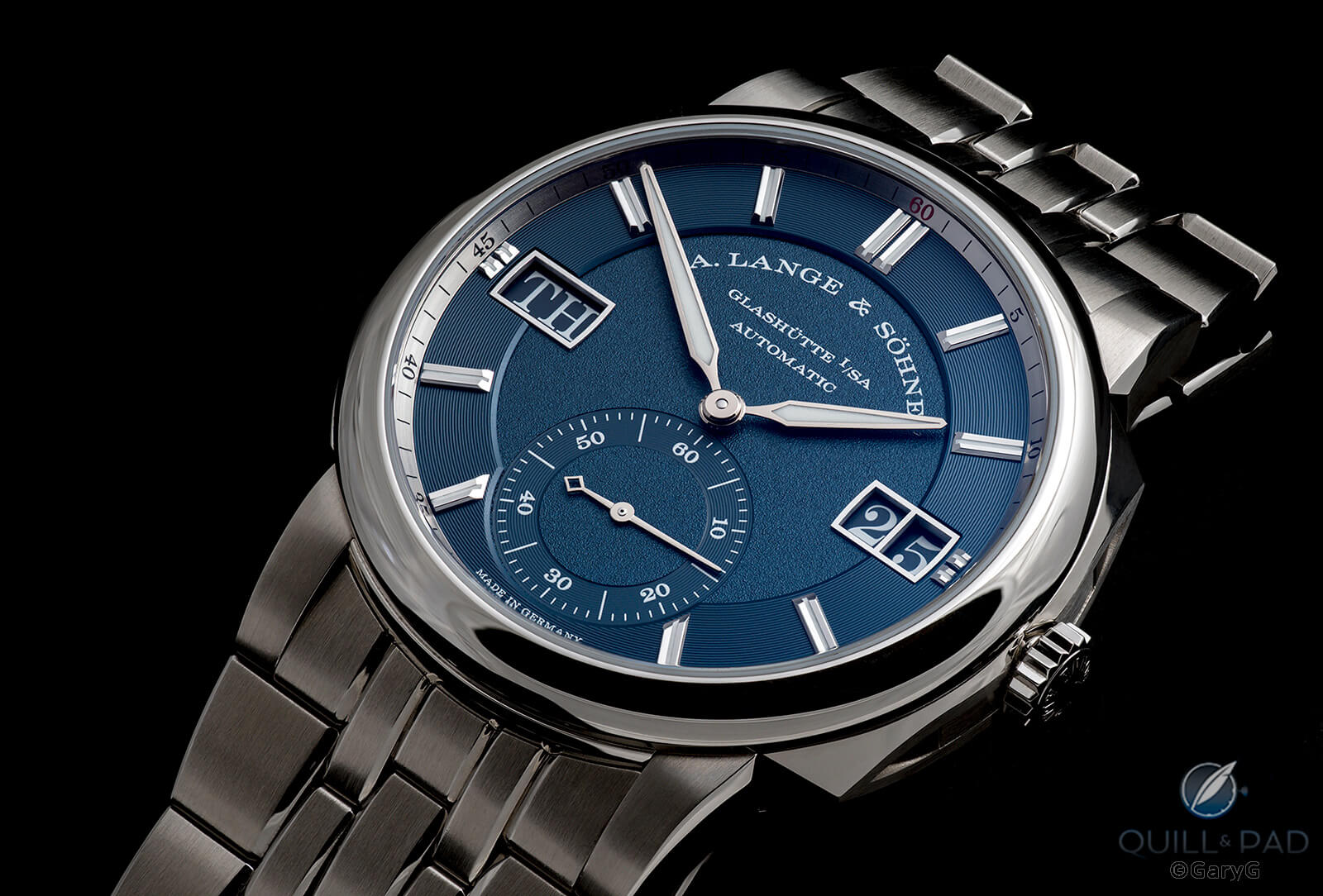 Boutique only: the author’s A. Lange & Söhne Odysseus in stainless steel

As for the pump-and-dump resellers who have used inventory management (aka hoarding) and promotional tactics to goose up the prices of certain watch brands at resale, I hope that they are flush enough to wait out the current dip without flooding the market with inventory; otherwise, both they and those who have bought up these hyped pieces are in for some long, sad days.

Fear of missing out (FOMO): Have you bought a watch in the past couple of years because it was part of a limited edition online drop or a pre-launch friends and family offering and you were afraid that if you didn’t act, you wouldn’t get it? I’ll plead guilty, and I suspect that many of you will need to as well.

FOMO is a potent motivator, and brands big and small, along with online publications-turned-retailers have taken full advantage of our weakness. To be fair, some smaller brands have faced demand so far in excess of their abilities to produce that they’ve had to resort to some sort of allocation methods to keep from being overwhelmed. That said, there are lottery models and other approaches that are less hype-laden (that term again) than enticing potential buyers to hover over their keyboards in hopes of hitting the “buy now” button before others do. 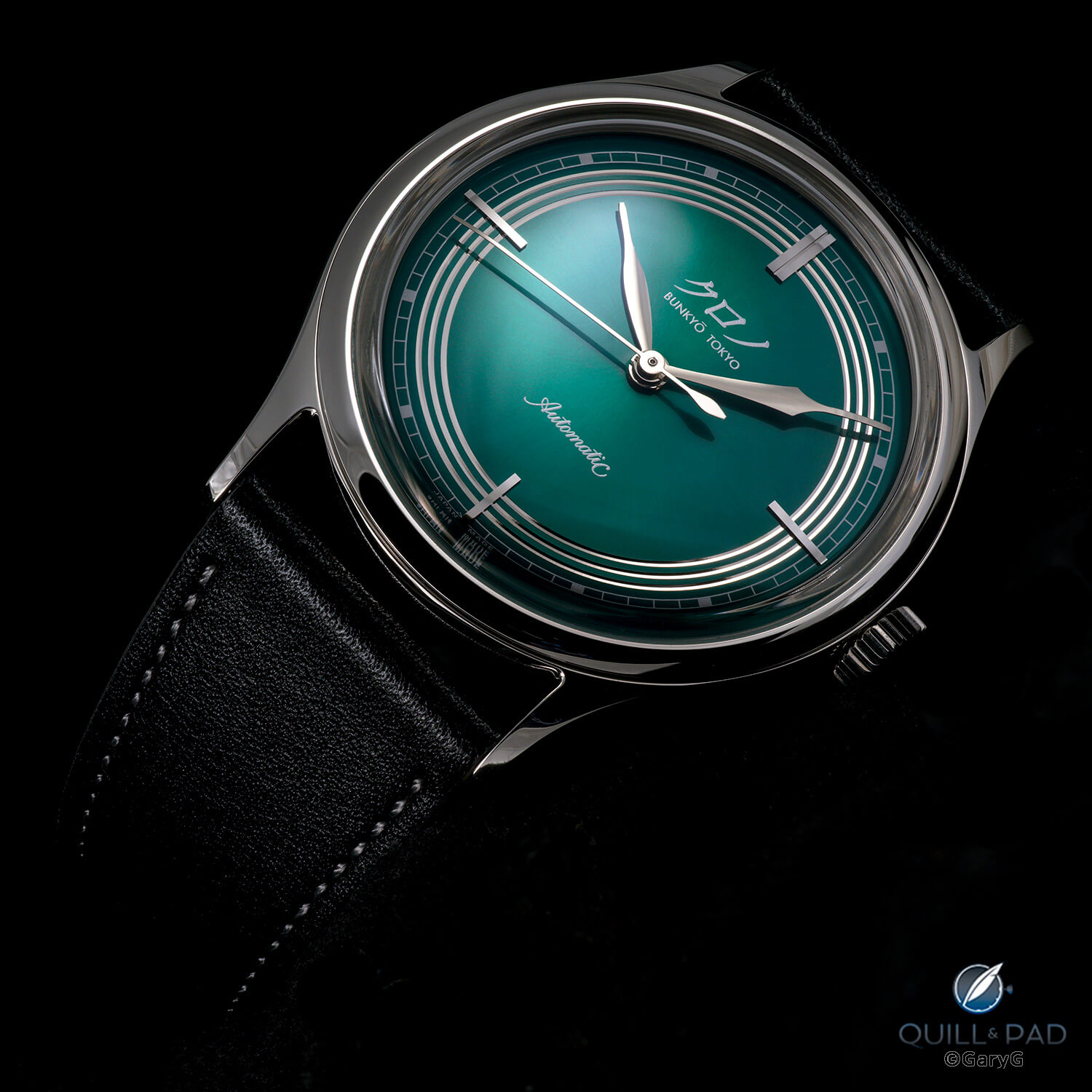 What if you gave a buying party and no one came? We’ve already seen longer time windows needed to sell out some recent online offerings, and as legitimate buyers see that they don’t need to rush and flippers determine that the quick profits from rapid resale are vanishing we could well return to a time in which it’s possible to see a desired watch several times before deciding to buy.

Watches as a (perceived) asset class: Are watches investments? I’m still a “no” on that one, even though I’ve seen several items in my collection that I feel are of particular merit go up substantially in value, so I might be tempted to think that clever selection does lead to returns in a buy-and-hold model.

To capture value, however, one must be able to sell! Illiquidity is a real issue here, especially for low-production watches with very thin markets.

I could still be wrong on this, and lots of people are acting in ways that tell us they clearly see watches as an asset class. I for one am holding on tight to my current assortment because I love the watches! But a rush for the exits in the form of panic selling or to follow the lure of the next great investment asset could cause drops in value from recent levels far greater than what we saw in 2017.

What to do as a collector?

Buy what you love: I said it in 2017, and I’ll say it again now. And while you’re at it, share your pieces with your friends – it’s all about the people and the watches that make us smile and bring us together.

Broaden your view: Yes, I’ve finally added a Nautilus and a couple of Rolexes to my mix, but if you take a look at my recent purchases and the watches I have in the incoming pipeline, several of them are from other than the usual suspects. For your “fun” and “patronage” purchases, take the time to consider at least two brands you don’t already know in detail before buying the same piece that all your friends already have. The side benefit is that you will polish your own discernment and emerge a stronger enthusiast and collector. 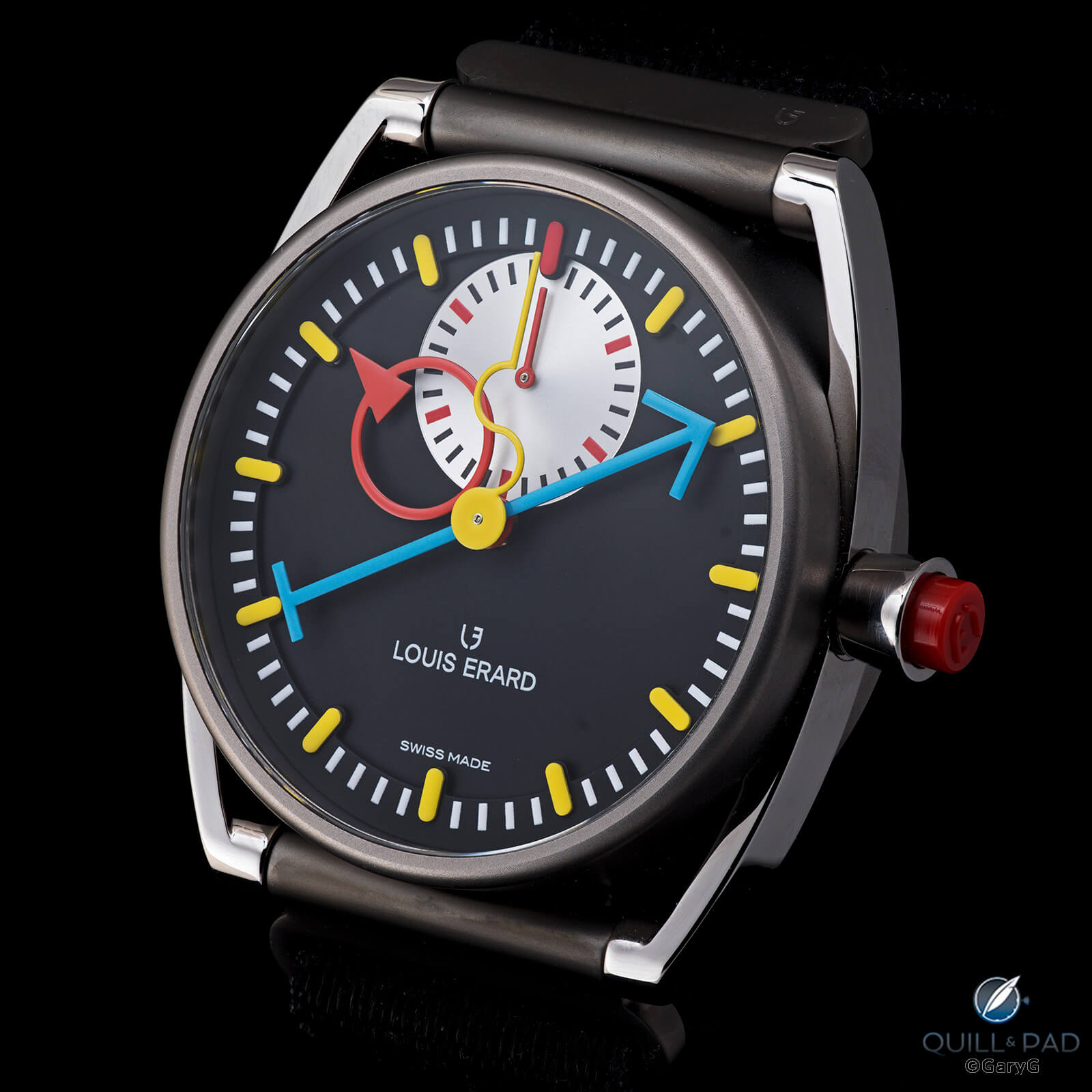 Find tomorrow’s stars: Yes, at least for now the Grönefelds and Rexhepis of the world are still sold out, but when my pal “Chuck” bought his first Ludovic Ballouard, ordered his Christian Klings watch, and even purchased his first Kari Voutilainen, those makers were far from mainstream. We are truly in a golden age of watchmaking with a constellation of emerging stars. Talk to friends, do your research, and be like Chuck. It takes more effort and some guts to place bets on promising unknowns, but it’s a lot more fun than moaning later that a watch you could have had for a reasonable price has somehow escalated beyond your means.

Stay close to your friends: Is there a piece in a pal’s safe that you have long coveted? It’s a good time to remind him or her that you’ve always fancied it; one never knows when an urge to consolidate a bit will strike, and private deals avoid those pesky commissions and buyer’s premiums.

Fight FOMO: One of the greatest nuggets of wisdom I have received from Philippe Dufour? “Take your time: there are lots of watches out there.” Do you really need the most recent minor dial color variant from a micro brand? If so, go ahead. But if you’re finding you aren’t wearing some of those pieces on a regular basis that should tell you something.

If you sell, keep the right pieces: I have a new rule for myself that I stumbled upon by violating it several times: keep watches that made their makers’ reputations. Here I’m talking about signature pieces: had I considered this principle, I’d still have my Kari Voutilainen Observatoire, A. Lange & Söhne Datograph, and F.P. Journe Tourbillon Souverain, for instance. With this knowledge in hand, I’m even more likely to keep my Grönefeld 1941 Remontoire, Vianney Halter Antiqua, Philippe Dufour Simplicity, Hajime Asaoka Tsunami, and Akrivia Rexhep Rexhepi Chronomètre Contemporain than had I not made those earlier mistakes. 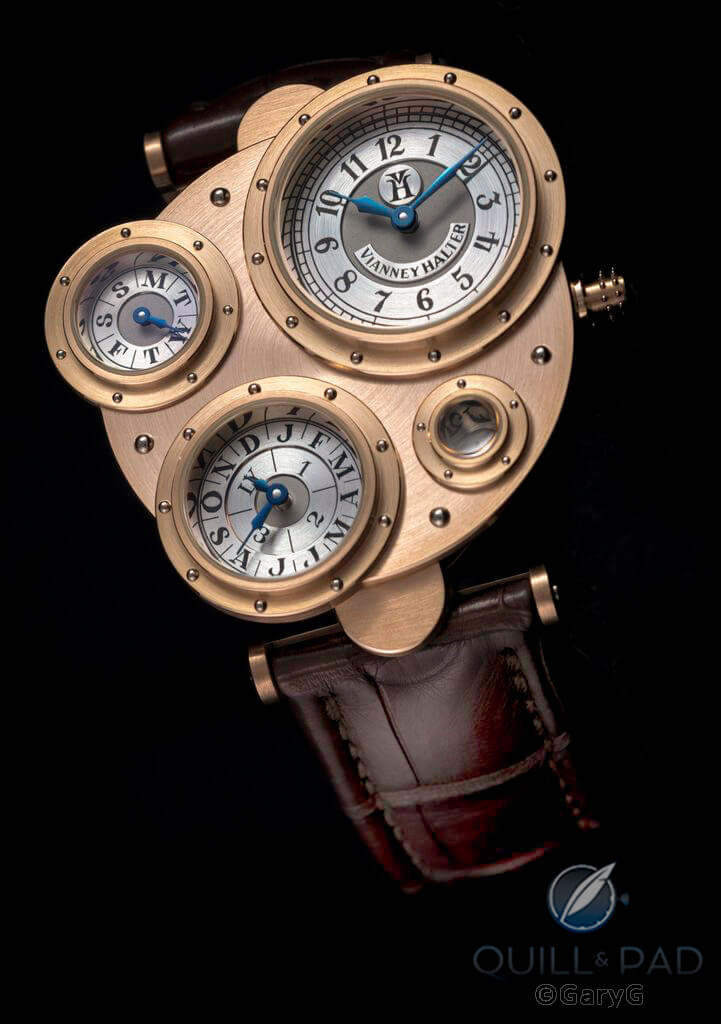 Holding on to this one: the author’s Vianney Halter Antiqua in red gold

What about the makers and sellers?

Do unto others: It’s fun making a lot of money, even when you have to make tough choices about who gets a popular watch and who doesn’t. But understand that nothing lasts forever, and clear, fair practices in times of high demand will keep customers coming back to you when times get tougher.

Expand your customer base: It’s always important to balance customer acquisition and retention, but when times get tougher a broader buyer base provides a natural hedge against some of your most loyal past customers deciding they have enough or needing to stop for financial reasons.

Make it personal: In 2017 I advised independents to focus on soliciting patronage collectors for group purchases and custom subscription pieces. Today, makers, including Torsti Laine and Sartory Billard, have made this a core element of their business model, and I believe that further efforts to build real affinity between makers and buyers can only yield dividends in tougher times. If big brands can translate their investments in company-owned clublike stores into true consumer bonds rather than exclusionary snobbery, it should pay off in loyalty and continued purchases. 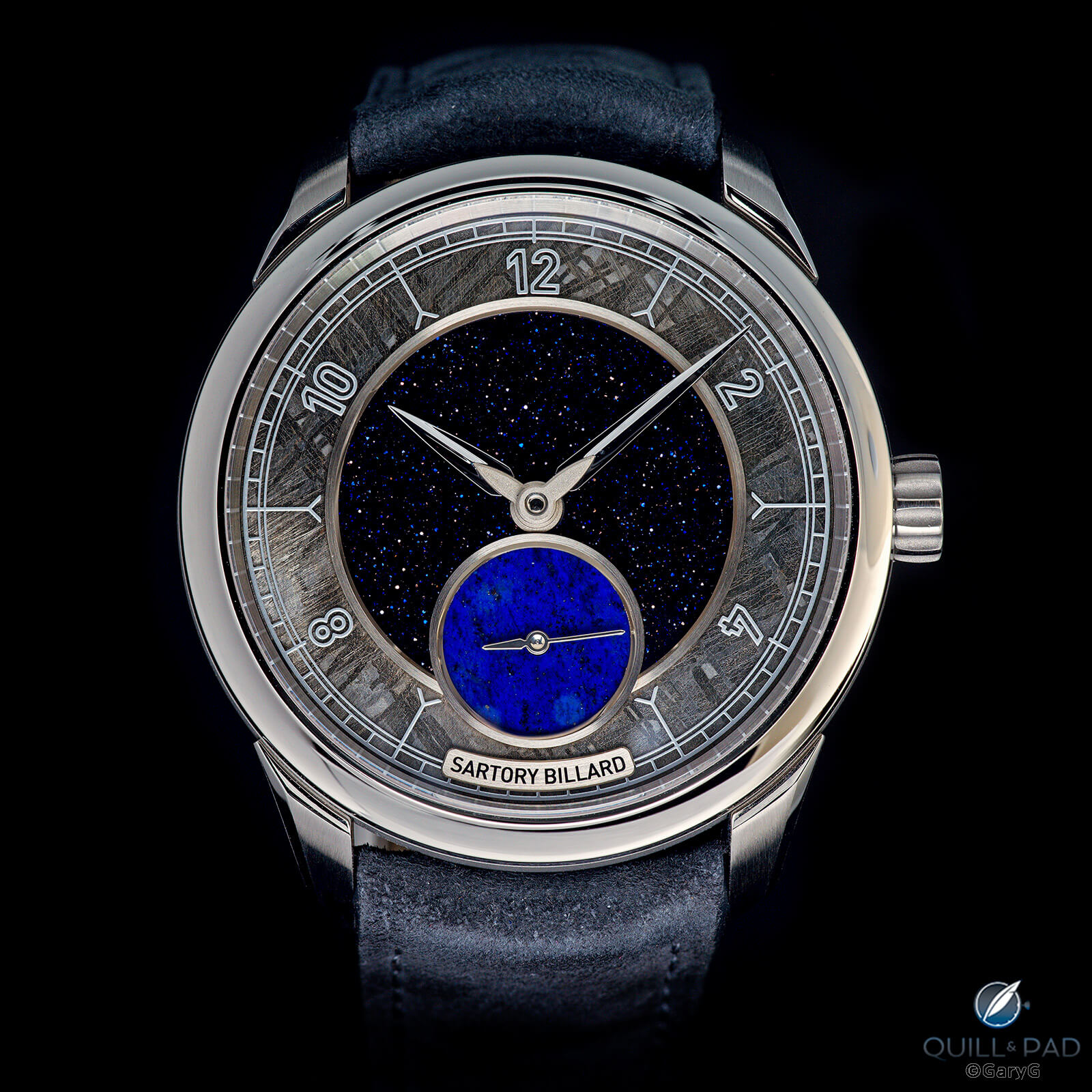 Just for you: a friend’s bespoke Sartory Billard watch

Clearly, some of the driving forces I’ve outlined act counter to each other. Which will dominate over the next months and years? As an optimist, I’m hoping that watches, like collector cars, solidify their position as a mainstream luxury category and that quality pieces will continue to retain value for the long term.

Even if that doesn’t happen, though, I wouldn’t swap my experience with great watches and greater people for the world; and I hope you feel the same.

And remember: after 2015, what went down did indeed come back up again!

Keep Calm And Continue Collecting: Advice For An Up And Down Watch Market

Watch Collecting Regrets? I’ve Had A Few, But Not Too Few To Mention: They Include Selling Too Soon And Failing To Buy