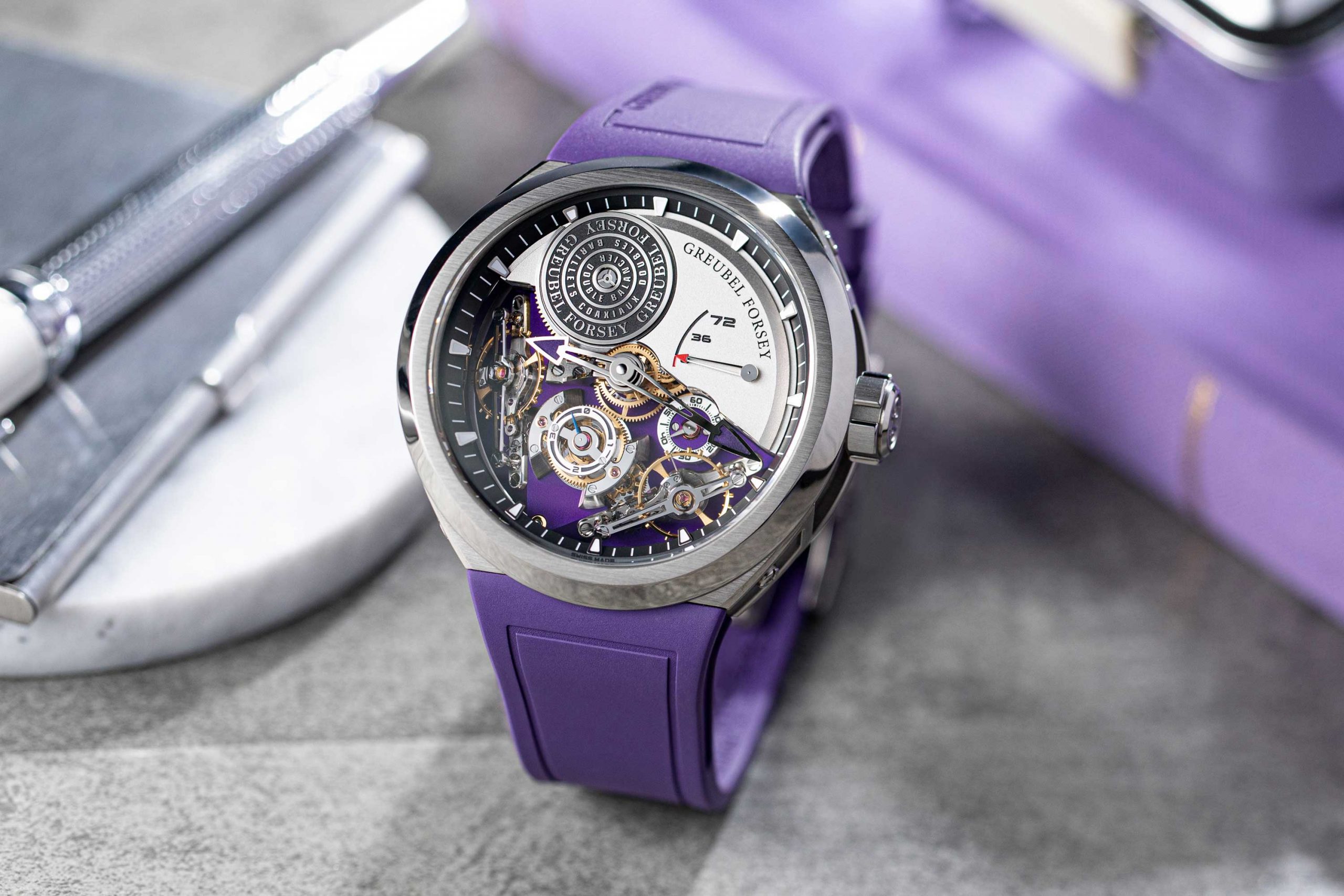 It is worth looking at the wider context from which these chronometric mechanisms emerged. After the ascendence of the quartz watch, mastering the tourbillon became somewhat of a rite of passage for every watchmaker as it was compelling reminder of a time when precision was the name of the game while being an exercise in pageantry and complexity on its own.

But seeing as how the tourbillon had undergone the least successful adaptation to the wrist, having been invented to compensate for errors in the vertical position in which pocket watches spend most of their life, Greubel Forsey held a more noble conviction to preserve its relevance in a wristwatch. This led to the development of inclined tourbillons. By mounting the tourbillon at an angle less than 90°, the balance could avoid the most extreme gravitational effects in both the horizontal and vertical positions, while being able to keep the thickness of the movement within the realm of reason.

This invention opened up myriad other possibilities, such as increasing the rate of the cage to one rotation every 24 seconds, doubling its axis or installing a second tourbillon on the opposite side of the dial as a safety net with a differential in the middle to further average out their errors in rate.

The basis for an inclined balance in a non-tourbillon watch arises from the same principle. When the balance is neither on the horizontal or vertical plane, it does not experience the full downward pull of gravity regardless of the watch’s position, resulting in less variation in rate. At the same time, a fairly large balance can be used, maintaining sufficient inertia while keeping the case height in check.

In the Double Balancier, two balance wheels are inclined at an angle with respect to gravity as well as to each other, so that the positional errors experienced by one balance in any given position are compensated by those in the other via the differential. Driven by the center wheel of the movement, the differential has a lateral construction made up of three co-axial wheels in which the top and bottom wheels drive the pinion of the fourth wheels on its right and left.