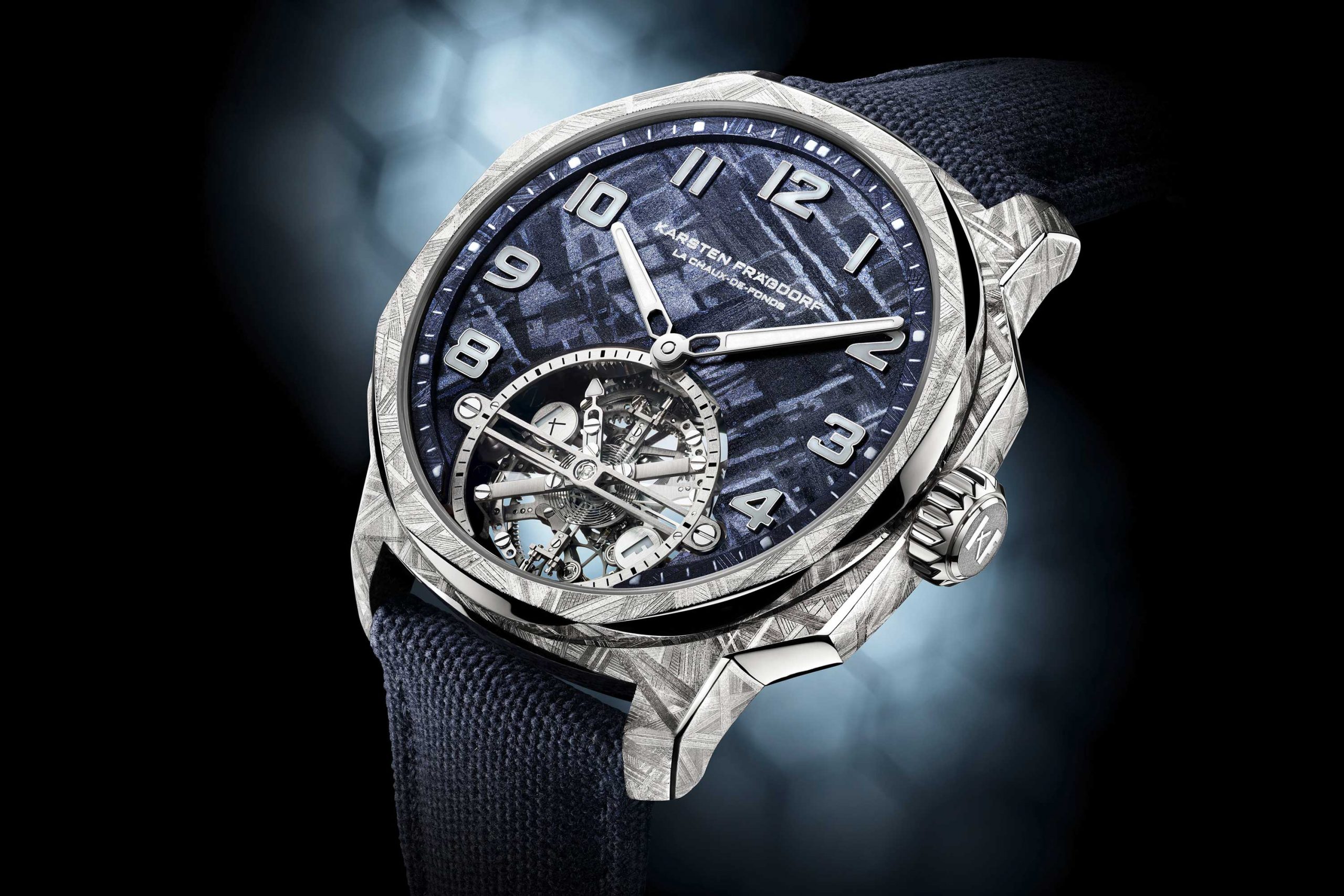 Prior to the introduction of temperature-compensating alloys for hairsprings such as Nivarox in the 1930s, compensation balance wheels were used extensively in precision watchmaking to offset the errors inherent in a carbon steel hairspring. It is made up of a strip of brass on the outer rim and steel on its inner face, with splits at two points on the rim. Because brass expands more than steel, the balance would deform inwards when temperature rises, causing its effective diameter to become smaller. Its moment of inertia thereby decreases, resulting in a gain in rate to compensate for a weaker hairspring.

Dubbed the Spirograph, Karsten’s patented compensating balance wheel was designed in a similar fashion with breaks at two points of the balance rim. Made of anti-magnetic steel, the cross bar of the balance extends when temperature increases. Its extension is contained by a second bar made of sapphire crystal which has a low coefficient of thermal expansion. The sapphire bar is attached to the affix arms by screw-fitted pivoted points. As such, when the steel bar extends, the force is redirected to the affix arms, causing them to bend inwards. This decreases rotational inertia, and the balance oscillates faster as a result to compensate for the reduced force produced by the compromised hairspring. Screws are affixed on both arms to alter the amount of compensation; moving them closer to the ends of the arms increases temperature compensation and vice versa. The weight of the balance wheel can be further adjusted by the two circular masses located on the opposite end of the affix arms.

Lastly, a third cross bar, perpendicular to the first, is fitted with two screws on both ends. The larger pair of screws are for rate adjustments, which is 18,000 vibrations per hour, while the smaller screws are for fine adjustments. Notably, these four screws are secured by locking bolts to prevent any change of position in the event of shock.

The hairspring, on the other hand, is made of a modern, anti-magnetic Straumann alloy. It has a Grossman inner curve as well as a Phillips outer terminal curve. Both of which are designed to alter the geometry of its oscillation and enhance concentricity, minimising radial forces and thus improving isochronism.