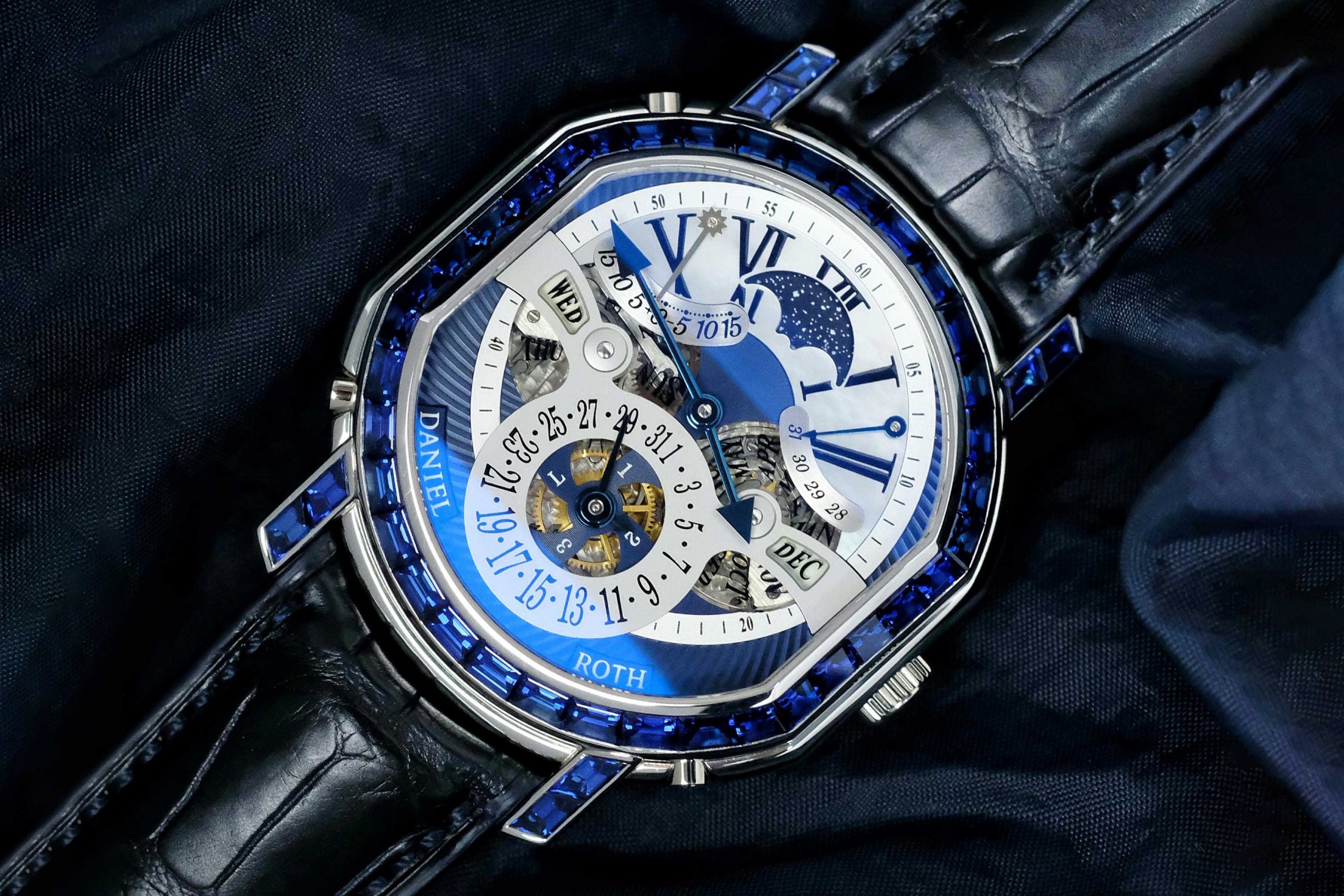 Ineichen Zurich is the oldest Swiss auction house that specializes in watches. Based in Zurich, it was found by Peter A. Ineichen in 1973 to great success as they secured four world records in sales in the first two years of operation. With the trust established by their professionalism and passion for watches, the firm was asked to oversee the priceless collection of timepieces in the Hellmut Kienzle Watch Museum in 1975.

The auctioneers have kept up with moving trends over the years and now have an online store in addition to their in-house bidding platform. The May 22 auction last spring broke records in watch sales, including a non-fungible token (NFT) for a watch — an animated graphic showing a frame for each of the 42,480 iterations of the face for the Konstantin Chaykin Joker watch. The NFT sold for CHF 42,000, making it one of the most expensive horological NFT’s sold to date.

This spring, the theme of the auction is “Precious Blues”, showcasing an array of timepieces that feature the ever-popular blue color scheme. Highlights of the auction include the legendary Daniel Roth, the trailblazing De Bethune and the talented Konstantin Chaykin.

Daniel Roth is a legendary French watchmaker who started his career as the leading watchmaker for Breguet for 15 years before building his own brand in the late ’80s. He eventually left his brand when it was sold to Bulgari in 2000. However, Bulgari continued to manufacture watches under the Daniel Roth name until 2010. The auction will feature one of the last models produced between 2007 to 2010.

Connoisseur Conversations With A. Lange & Söhne At Watches And Wonders 2022 (Video)