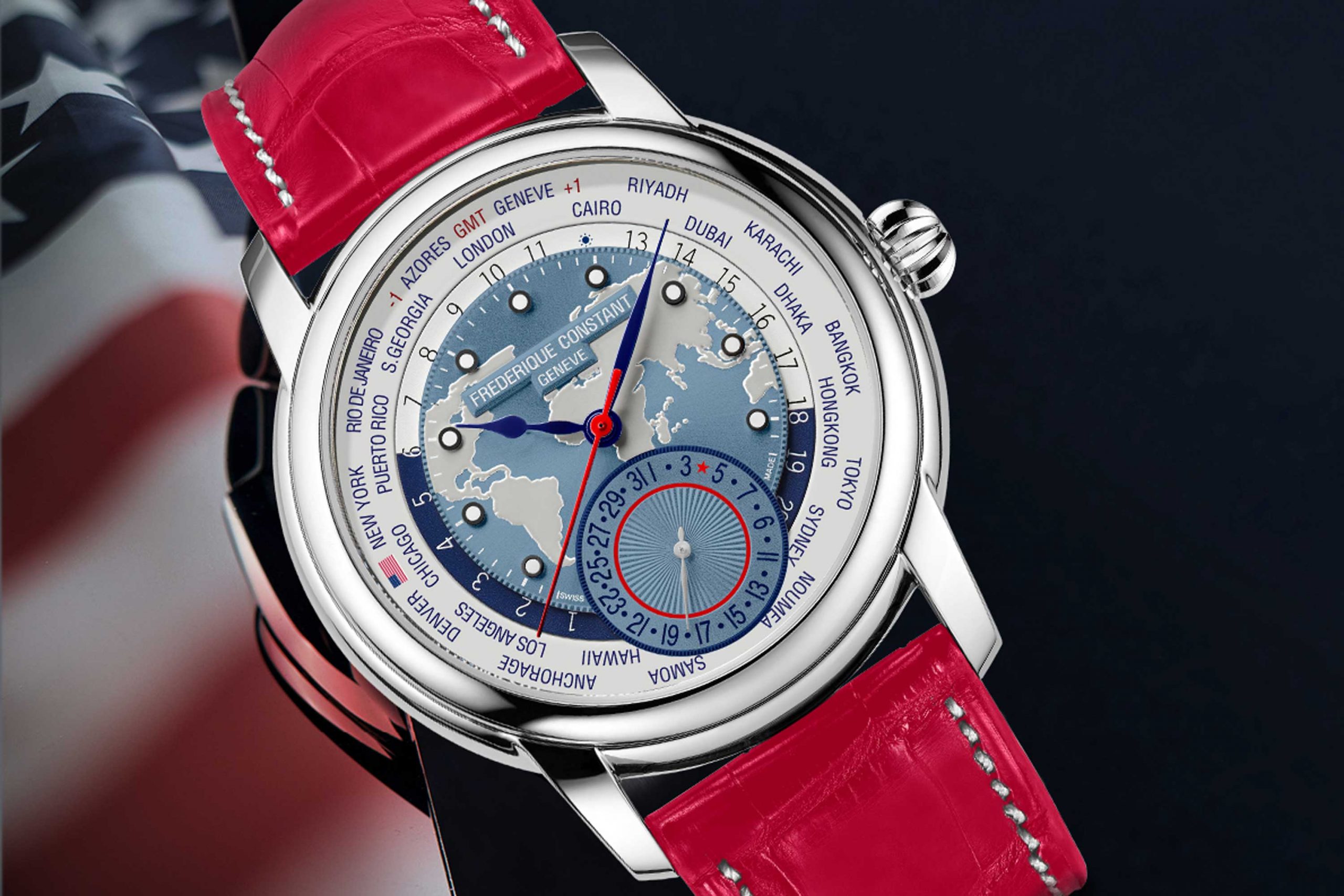 First released in 2012, Frederique Constant’s Classics Worldtimer Manufacture was a commercial hit, and no wonder: it offered an in-house mechanical movement, and a most useful world-time complication with all settings neatly effected via a single crown, at a very competitive price. A bicolor 24-hour ring framed by a cities ring tells the day/night hour in each of the 24 time zones, with an attractive map of the world at dial center. Cutting across all three displays is a subdial at six o’clock that shows the date via a pointer.

A key feature of the Classics Worldtimer Manufacture is how the watch is fully set via the single fluted crown: the first position winds the watch; the second sets the date and the reference city, depending on which way the crown is turned; and the third sets the central time.

Several versions of the Classics Worldtimer Manufacture remain on Frederique Constant’s catalog, including versions cased in rose gold. After releasing two versions last March to celebrate the 10th anniversary of the model, Frederique Constant is introducing the ‘Summer of 76’ as a US exclusive, in a limited edition of 76 pieces. The watch is suitably dressed in red, white and blue-gray livery to mark America’s Independence Day, with ‘4’ on the date display as a red star, and a tiny American flag sitting between Denver and New York. America declared itself independent from the British on 4 July 1776.