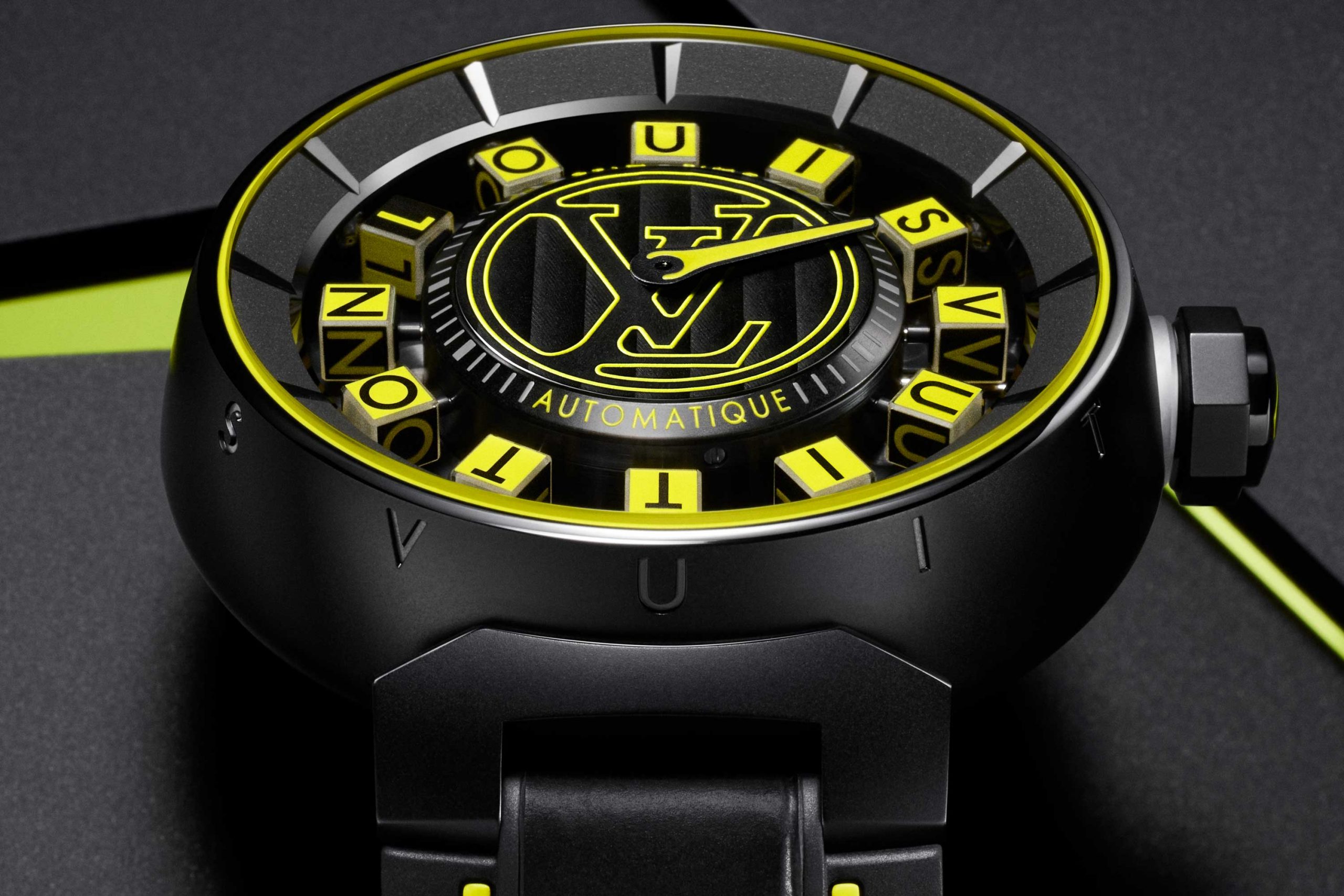 OK, here comes the aforementioned controversial part. Instead of using a tiny mechanical dynamo like De Bethune uses for their sublime dive watch, the DB28 GS Grand Bleu, the Quantum uses two small batteries like those in a quartz watch. These are located in the caseback and can easily be replaced at any service center — so I’m told by LV’s main watch dude, my friend Thibaut Pellegrin. He explains, “The watch can be activated up to seven times a day. The light stays on for three seconds. Based on that, the batteries will last for three years and can be easily replaced. Of course, if you activate your watch more, the battery will need to be changed a bit sooner.” I am, of course, inclined to believe the owner of this watch will activate it much more than 10 times a day. Having it in my hands, I pretty much played with it constantly. Which also explains why LV decided to use batteries instead of a dynamo. The guy that buys this watch is going to want to illuminate it all night long in the club; he will probably pass it around and his friends will also want to play with it. I mean, how cool would it be to ignite your watch in a dark restaurant to read the menu? That guy is not going to want to hassle with rewinding his dynamo each time he wants to activate his watch. Which brings me to a larger point related to watches.

I think we can all acknowledge that the watch market is booming at a heretofore unprecedented rate. Now, I’m a self-avowed, card carrying watch nerd, and I can say that the number of watch nerds is multiplying at an unprecedented rate. We probably have the same reproductive multiple as say Dungeons and Dragons players. Watches are booming because they’ve crossed over and become the ultimate lifestyle symbol. They have also become — forgive my use of the urban vernacular — everyone’s favorite form of flexing. Because you can’t bring your mansion, your boat, your race horse or your “Lambo” into the Amnesia in Ibiza. But you sure as hell can bring your Louis Vuitton Spin Time Air Quantum with you. And when you light it up for all to see, in some ways, that even out-flexes the guys with their Richard Milles because no one can see them, because well…it’s dark. And this is the power and intelligence of Louis Vuitton in understanding the social dynamic behind what watches symbolize today.