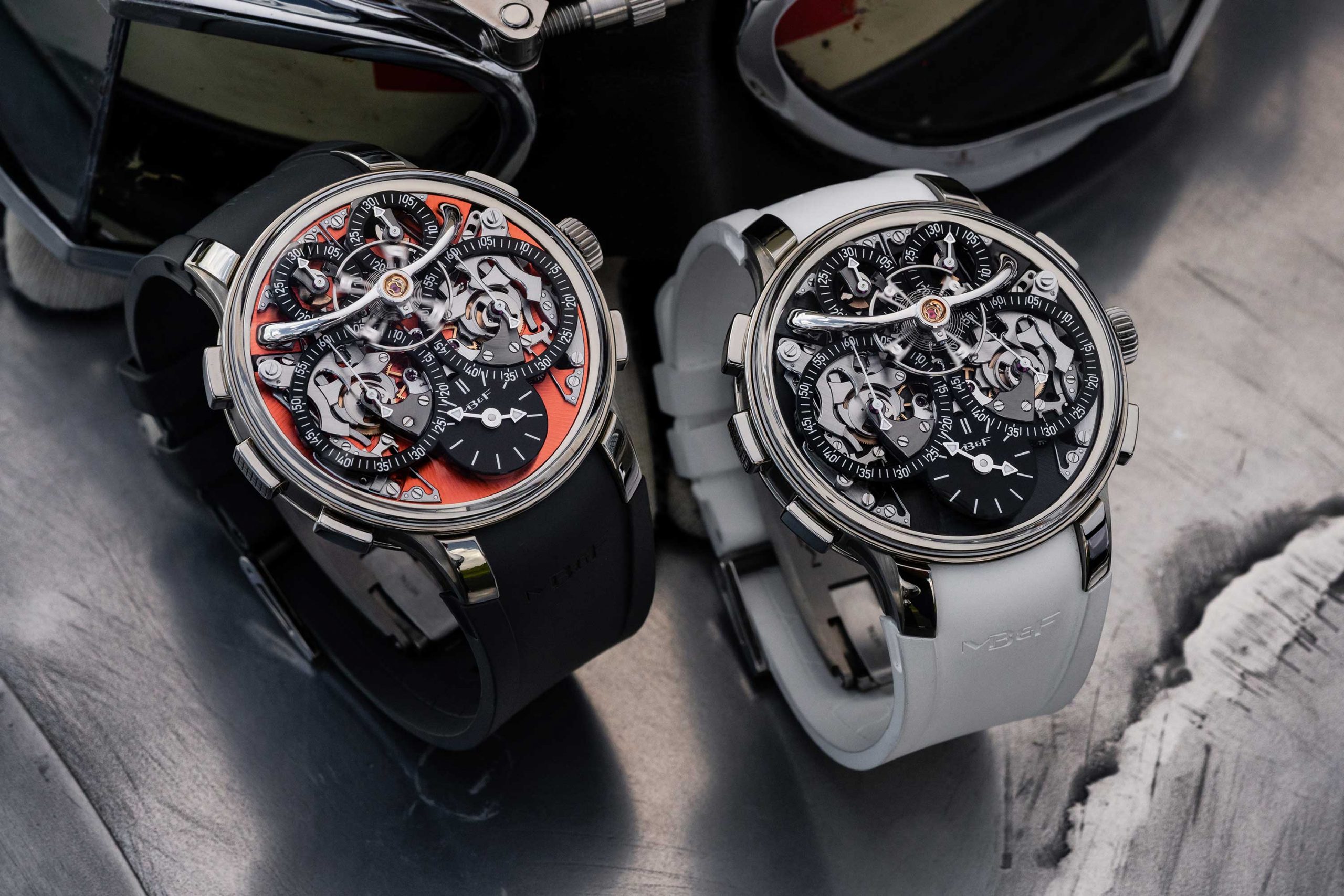 Notably, this construction also realizes the true merit of a vertical clutch system, avoiding potential causes of seconds hand stutter, which is a key advantage over a horizontal coupling system. As a recap, vertical clutches are of a co-axial structure in which the chronograph seconds wheel and drive (or fourth) wheel are located concentrically on the same axis. When the chronograph is switched on, a pair of arms releases the clutch, dropping the chronograph wheel onto the running wheel. Both wheels are driven together by friction, causing them to turn in tandem.

In this ideal configuration, there is no meshing of teeth when the chronograph starts as both wheels are already on the same arbor. However, there are many possibilities in gear arrangement of the main train, with the most common configuration being the positioning of the fourth wheel at six o’clock to drive the running seconds directly. As such, having all three components — fourth wheel, vertical clutch mechanism and chronograph seconds wheel — stacked vertically in the middle of the movement is a format that happens more rarely than perceived.

In the event where the fourth wheel is located elsewhere to drive a running seconds counter directly, an auxiliary train is necessary to connect the fourth wheel to the chronograph wheel in the middle. This horizontal mating of gears in turn reintroduces the issue of backlash, caused by gaps between meshing teeth, necessitating other solutions such as a tensioner to reduce flutter and prevent the chronograph seconds hand from stuttering.

In the Legacy Machine Sequential EVO, the fourth wheel is integrated in the vertical clutch and chronograph seconds assembly, visible on the dial side. As such, there is no additional meshing of teeth when the chronograph starts or stops, and hence no stutter during the engagement process.