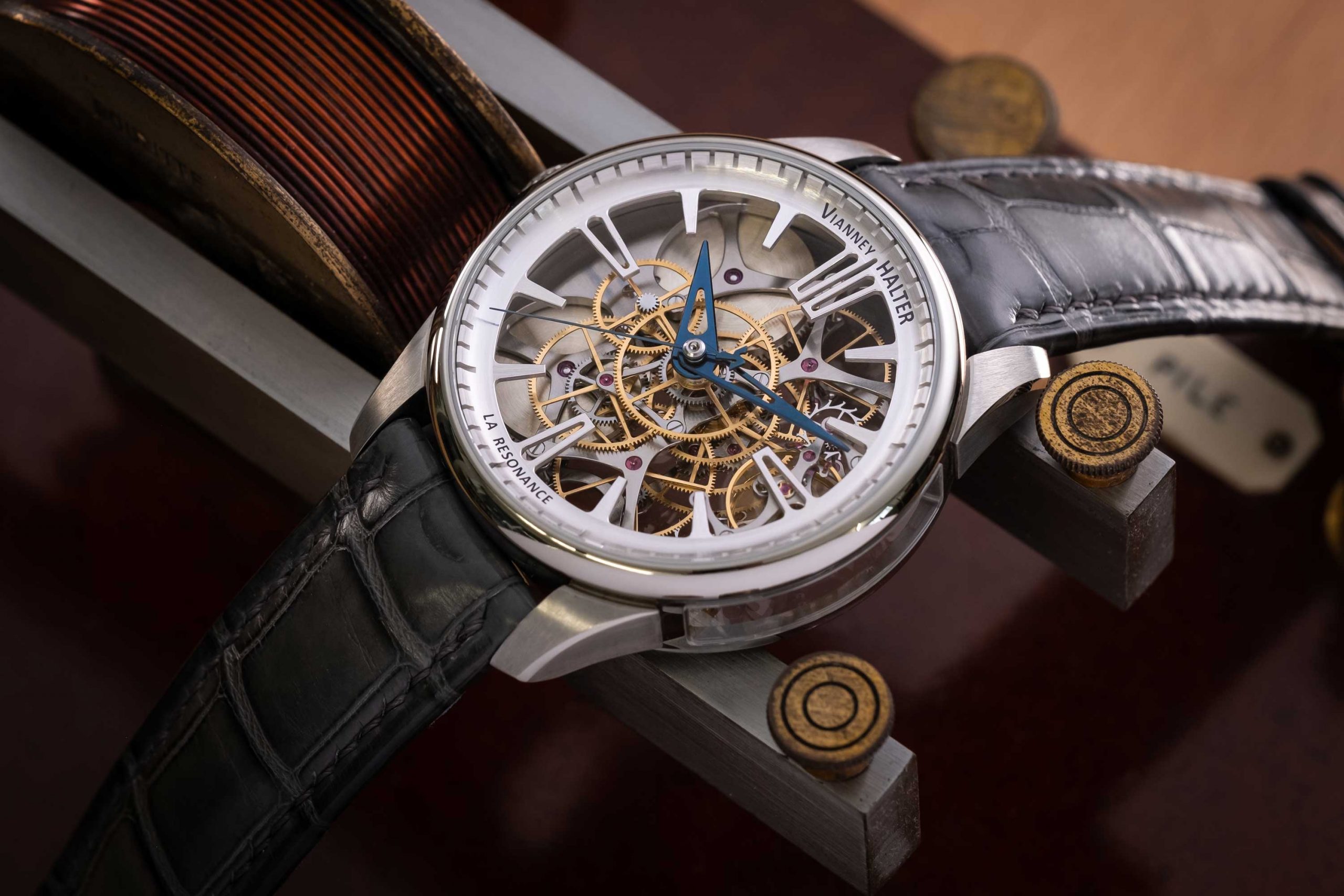 The phenomenon of resonance was first discovered in 1665 by the great Dutch scientist Christiaan Huygens who saw that two of his pendulum clocks, which were suspended from a common beam, tended to oscillate in synchronicity. This phenomenon was later researched and built upon by both Antide Janvier and Abraham-Louis Breguet, who were noted for having made clocks with double pendulum systems, each driven independently. Breguet was one of the first watchmakers to have successfully achieved the effect of resonance in pocket watches. Crucially, having tested the phenomenon in a vacuum, he also discovered that air resistance had minimal impact on synchronicity. Ultimately, the key to resonance lies in the coupling structure, through which energy is transferred in the form of mechanical vibrations.

The very first wristwatch to achieve a resonance effect was the F.P. Journe Chronomètre à Résonance, launched in 2000. The watch was built based on Breguet’s findings and relied on the transfer of vibrations from the balances to the cocks to the main plate. Since then, a handful of other resonance watches has been introduced in the market, most notably Armin Strom. The brand has gone a step further in enhancing the coupling forces between both balances by introducing a patented clutch spring that connects both hairsprings directly, effectively inducing the phenomenon.

While the Vianney Halter La Resonance was built without a main plate, the balances are mounted in a co-axial configuration with a shared bridge connecting them directly. On top of that, both hairsprings share a common stud holder to strengthen the transfer of vibrations. As the hairspring winds and unwinds, a small amount of vibrational energy is transmitted from one stud to the next, directly influencing each other. Both solutions are convincingly reliable methods to improve pairing forces and ensure that resonance takes place fluidly. When in unison, the two balances can oscillate in the same or opposite direction depending on the position of the escapement when the watch is started.