Back in December 2020 a teaser trailer was released for a then-upcoming feature documentary called Keeper of Time. I remember being quite excited by the trailer and couldn’t wait for its final release. Well, that release is finally here, and I already had the chance to preview it.

Back then, director and producer Michael Culyba explained his impetus for the project: “I purchased my first mechanical watch five years ago and immediately became fascinated by the micro engineering and beautiful craftsmanship that went into making a fine timepiece. After the horological bug bit me the next question was, ‘What exactly are these devices measuring? What exactly is time?’ That’s when I had the idea of making a film that captured both the romance of watchmaking and the deeper questions about our relationship with time.” 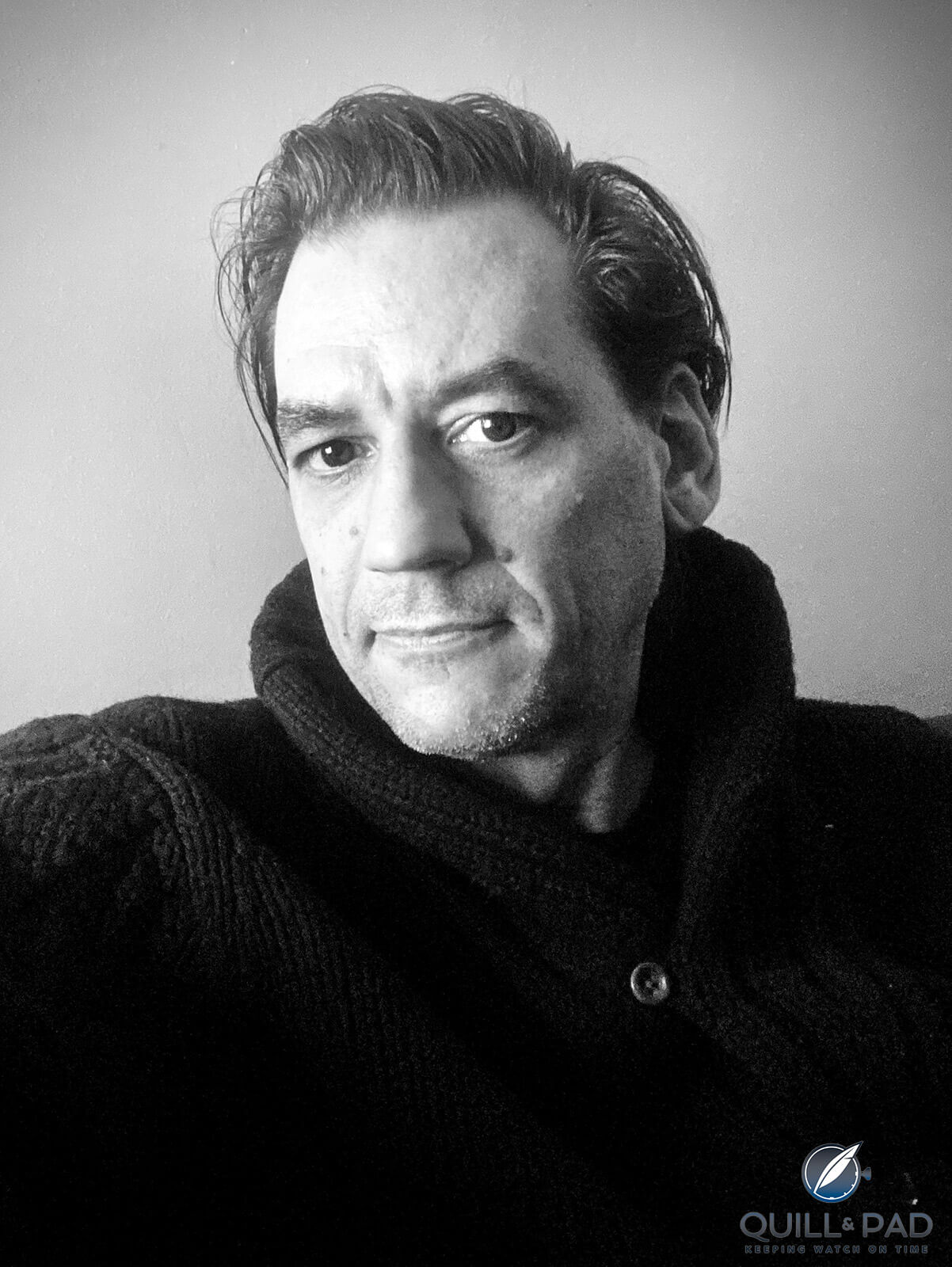 Michael Culyba, director and producer of ‘Keeper of Time’

Now we have the answer. At least from this film’s director.

Unlike a lot of films we see about watchmaking, Keeper of Time is not telling its story from a Europe-centric standpoint. It seemed to me following the screening that it was a lot like a film told by a New Yorker who came across something cool and explored it artfully and fastidiously.

Luckily for us, that someone has been editing documentary films for about 20 years and knew how to assemble the right team to immerse into such a niche topic. Alongside a team able to handle the mechanics of producing a beautifully filmed and edited documentary, Culyba knew the right people to talk to in the watch world as the film lists a team of producers spanning a great number of today’s most well known aficionados: Michael Tay of Hour Glass (executive producer), William Massena, John Reardon, and Eric Ku to mention just a few.

Keeper of Time opens in New York City, where we hear from Nicholas Manousos of the Horological Society of New York and Ben Clymer of Hodinkee, setting the film’s Anglo-centric tone. 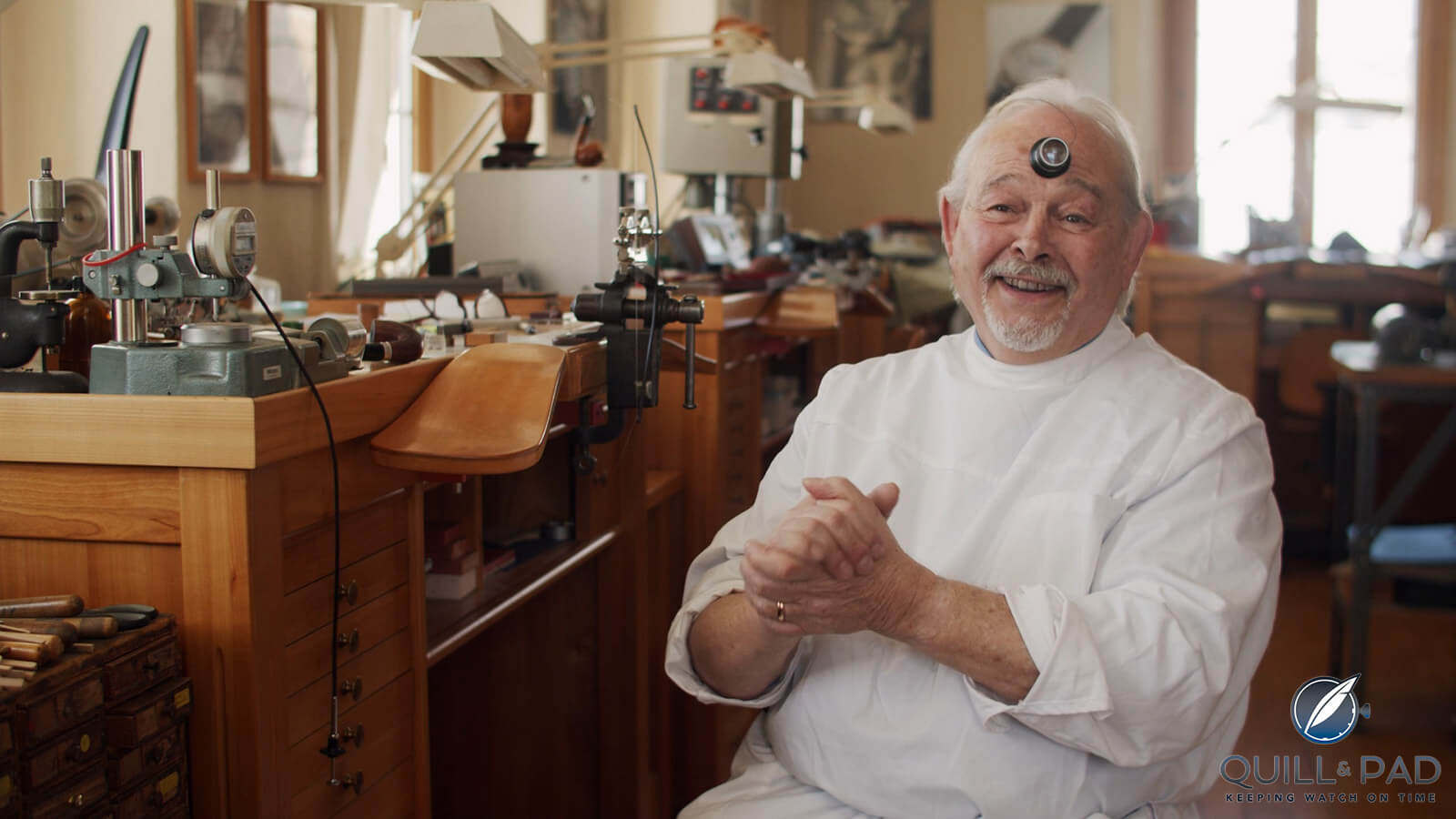 Philippe Dufour in ‘Keeper of Time’

Then it moves to Switzerland, where it begins in the dead of winter with a visit to the master, Philippe Dufour, who Clymer had just called the greatest living watchmaker. The Vallée de Joux, where Dufour lives and works, deep in snow is always a gorgeous sight, and the cinematography here is exceptional.

We then spend about the next 15 minutes in Dufour’s light-filled workshop in Le Sentier, and hearing him talk about his career and philosophy on making watches is pure joy. There is not a horological enthusiast alive who would not be mesmerized at hearing Dufour speak in his usual open and honest way.

The collection of pictures in motion that follows that segment is phenomenal: rare and exceptional footage of Su Song’s water clock, archival footage of George Daniels in his later years, and scenes of the Daniels Space Traveller (certainly courtesy of Sotheby’s).

Then the Isle of Man to visit Roger Smith, independent watchmaker and disciple of George Daniels. I haven’t been to Smith’s workshop since he moved into his bigger premises – my only trip to the Isle of Man having been as I was writing 12 Faces of Time close to 15 years ago – so I was keen to see the new place. And the film beautifully obliges, even surprising me with a very special room called the George Daniels Workshop Collection, a space acting as a museum to preserve the contents of Daniels’ workshop. 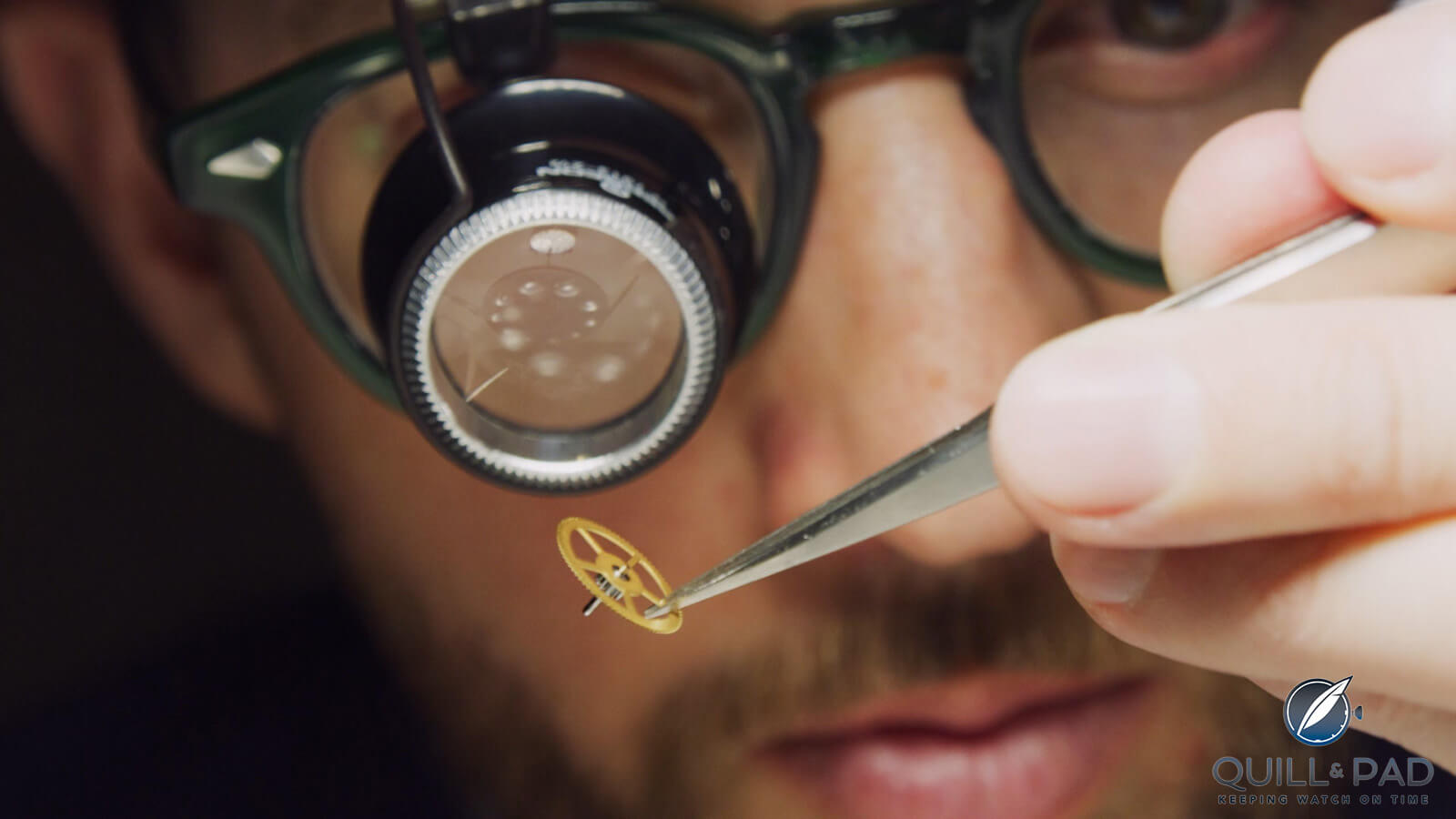 Nicholas Manousos inspecting a center wheel in ‘Keeper of Time’

Keeper of Time: New York to Seattle to Switzerland

Back in New York, we are treated to unusual clock footage from the city that I found unfamiliar and compelling before getting some more background from Manousos on watch collecting. He then hands off to William Massena, who shows us some of his formidable collection and explains what he loves about watches. Then it’s Gary Shteyngart and Eric Ku for more of the same. Watch Ku’s segment closely: he talks about some of independent watchmaking’s most iconic pieces using his own watches. It’s beyond rare to see some of these in real.

Then it’s off to Seattle to visit with Brittany Nicole Cox, antiquarian horologist, and her “animals,” where we are treated to stunning footage of her favorite, the Silver Swan. In Los Angeles, the filmmakers visit the Moyers, private collectors of all kinds of vintage clocks, a beautifully filmed segment that is a visual treat. And then we spy a few moments of the work of California-based lone wolf watchmaker David Walter.

François-Paul Journe in ‘Keeper of Time’

Then, finally, after an hour of gorgeous scenery and interesting words from all over the world we finally arrive in Geneva, where the filmmakers’ first stop is F.P. Journe, an elite manufacture nestled in the heart of the Swiss city.

After that comes one of the most interesting places in Geneva: MB&F’s M.A.DGallery, where the filmmakers talk with founder and CEO Maximilian Büsser and inspect several interesting MB&F timepieces. “Mechanical watchmaking is the proof of human genius,” Büsser quietly professes in the documentary, kind of summing up what the film expresses in many more words.

The film is lethargic in a good way; it languishes like watchmaking. Its philosophies, visuals, and ideas are there to be enjoyed and savored, in particular the parts filmed in Switzerland. But don’t take that for complacency: this documentary is never boring, not for an instant, even to a seasoned pro like me.

No expense was spared to get the most beautiful footage imaginable, whether in New York City, Switzerland, or even ancient locations in the United Kingdom to accompany discourse on the beginnings of timekeeping, including the world’s oldest still-working clock at the Salisbury cathedral. In Prague the world-famous Orloj (the oldest preserved astronomical clock) is filmed from an up-close-and-personal viewpoint, including a tour of the bell tower in a way that no tourist will ever get to see.

And the interspersed commentary of various authors who have written about time in a more philosophical way – like Julian Barbour of The End of Time and Jay Griffiths of A Sideways Look at Time – is a more than fascinating and refreshing move away from product and workshops into a philosophical realm, which is where the film leaves us as we discover that it is dedicated to Michael Culyba’s father, who passed away in 2011 – pondering life, death, and the meaning of time all in one. It is only at the end that it all ties together neatly and, surprisingly, quite emotionally.

I awaited each new frame, each new scene with a curious kind of impatience, interested to know where the filmmakers go next in their thoughts and travels. I was never disappointed. And often surprised.

I couldn’t help but think that the caretaker of Prague’s Orloj, Petr Skála, aptly summed up the fabric of this film somewhere in the middle: “It involves emotions.”

‘Time Piece’: If You Only Watch One Film On Independent Watchmaking, Watch This One

Why Philippe Dufour Matters. And It’s Not A Secret

‘The Persistence Of Memory’: Online Museum And Ode To Independent Watchmaking

Keeper of Time Puts Watches on the Silver Screen