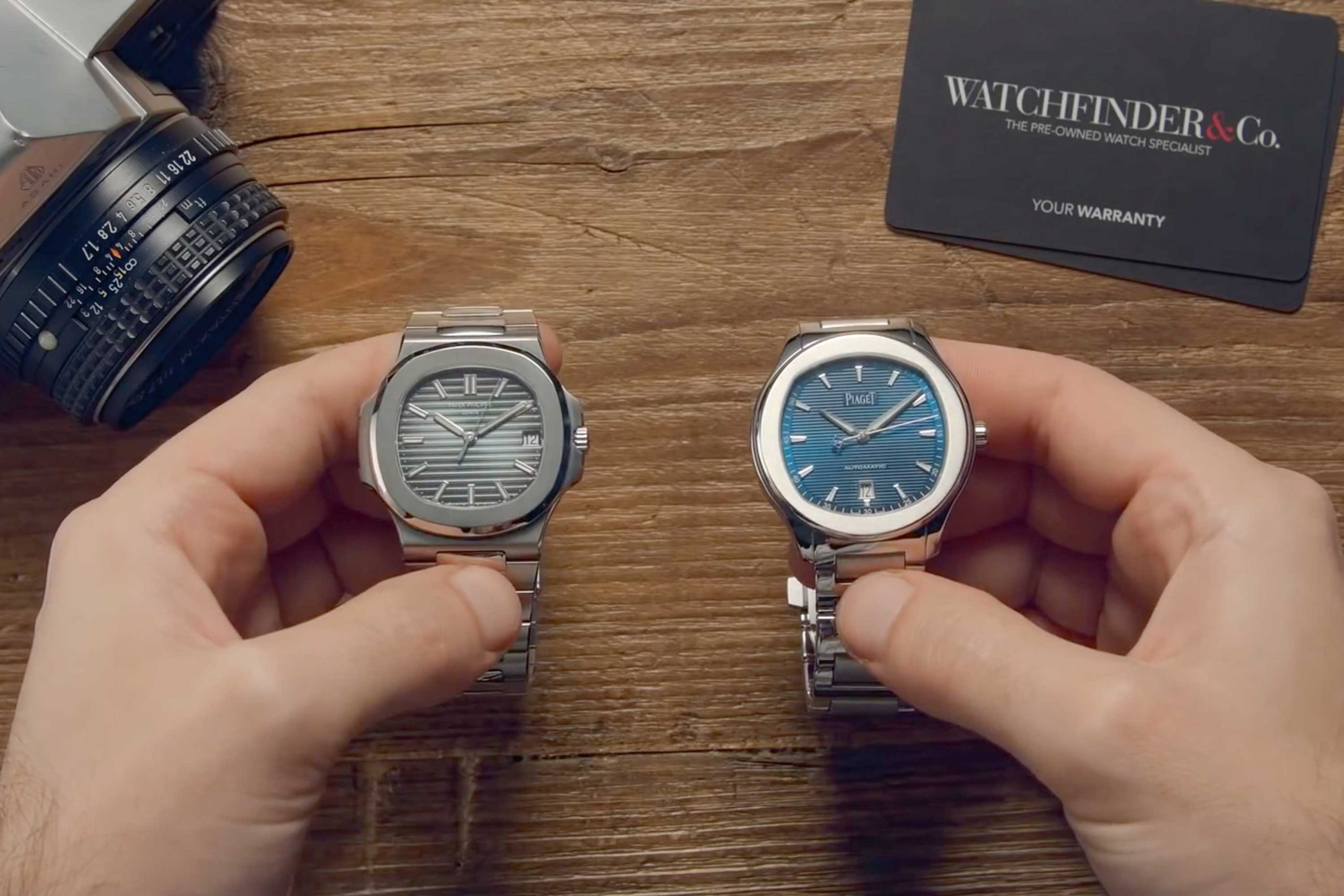 I think you know what that attempt was: the Royal Oak. Leveraging upcoming young watch designer Gérald Genta, Audemars Piguet didn’t just reinvent the watch, it reinvented the entire industry. What you have to remember is that Rolex, Omega, Patek Philippe, Audemars Piguet — all of them — were producing contemporary technology. The mechanical movement was not a whimsical, nostalgic fancy, it was the industry solution to keeping accurate time. The Saturn V rocket that took the Apollo 11 crew to the Moon has literally only just been knocked off the top spot as the most powerful rocket ever made, and the astronauts that flew that mission all wore mechanical watches.

But now that the technological benchmark had been surpassed, the Royal Oak would need to present a different appeal. So, here’s what Audemars Piguet did. They didn’t do complication, didn’t do tradition; they made a watch so big, bold and outlandish it could be recognisable from a mile away. That was step one. Step two: doubling down on its own bet, was to price the Royal Oak at a level no one had ever seen before. It wasn’t just expensive, it was ludicrous. Ten times more expensive than a Submariner, more expensive even than Audemars Piguet’s own gold watches, it was a price only a very few could pay.

It didn’t even have an Audemars Piguet movement in it. A decision that was likely heart-breaking for the manufacturer, the beautiful, complex works of art it had built a reputation on for almost a century were eschewed for an ultra thin automatic calibre from Jaeger-LeCoultre. The only complication was a date. It didn’t even have a seconds hand. And that’s because time was the least important thing about it.

The Royal Oak sounded like a failure waiting to happen. The aghast press of the period certainly thought so. Who on earth would pay 10 times the price of a Rolex to wear an outrageously styled watch — in steel, no less, with not a drop of luxury in sight? The answer was everybody. Audemars Piguet couldn’t make enough of them. But why?

The answer, as it often is, is simple. If you have money and you want people to know it, what better way to demonstrate that than by wearing a watch recognisable a mile away as the one that costs 10 times the price of a Rolex Submariner — despite not having any complications, not being made of precious metal, and not even having an Audemars Piguet movement inside? The Royal Oak was genius, an idea as outrageous as the watch itself. Not only did it turn the tide for Audemars Piguet, but the Swiss watch industry as well. A Swiss watch was no longer a practical purchase; it was a luxury one.

Of course, every man and his dog aboard the sinking ship HMS Old School Watchmaking wanted in on the action. The list of brands that saw the Royal Oak’s success and went on to brief their product development teams by pointing at it and saying, “Do that”, was plentiful. Patek Philippe and Vacheron Constantin were the best-known offenders, but you can also count on Rolex, IWC, Baume et Mercier, Piaget, Girard-Perregaux and, indeed, Bulova, whose own Royal Oak — yes, same exact name — was less inspired by the Audemars Piguet original than it was a complete rip-off.

Available in the shop: Rare Royalty – the Tudor Pelagos State of Qatar

Corum Classical Billionaire: A Unique Piece That, While Pricey, Isn’t (Quite) As Expensive As It Looks And Its Name Suggests