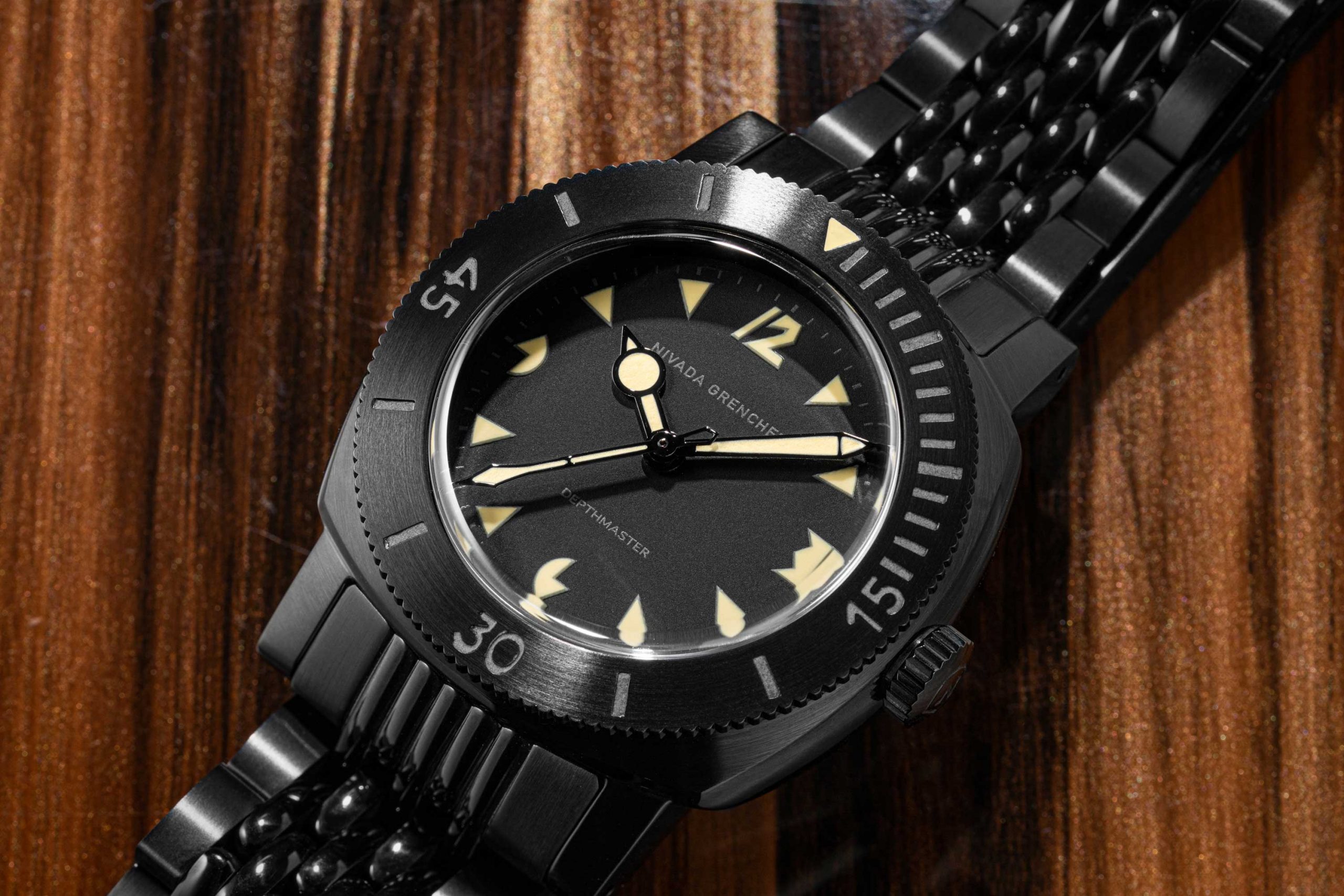 I’m just going to come right out and say it. I love Nivada Grenchen. It represents everything the world needs right now. Great designed watches rooted in a truly cool history and with incredibly ethical and accessible pricing.

Nivada Grenchen is one of those brands that has flown decidedly under the radar yet has an incredibly rich, authentic and compelling story. It was created by one Jacob Schneider back in 1926 and soon developed a reputation for handsome, accessibly priced, hard-use, extremely reliable, purpose-built, badass timepieces. In 1930, Nivada found its stride when it decided to focus on the creation of automatic watches. This led to the release of its first waterproof automatic watch, the Antarctic, which was used by the U.S. Navy’s Team Deep Freeze I in their expedition to the South Pole. Famously, Admiral Richard E. Byrd, the commanding officer of Deep Freeze I, characterized the Nivada Antarctic this way, “It was snowed on, rained on, sleeted on. It was never wound. It was dropped, hit and knocked against ice. It lived in zig-zagging temperatures from 100 above to 40 below. And it never lost a second. That’s what we mean when we say this watch was waterproof, self-winding, shock-resistant and antimagnetic.” High praise indeed. A gentleman can be seen here in this vintage Nivada ad, engaged in the highly important scientific act of smoking a cigarette whilst at the South Pole to gauge the effect of subzero temperatures on his lungs. Forgive the levity. But what was very serious indeed was the truly excellent reputation that Nivada built for itself with other models, including an incredible water resistant sports chronograph named the Chronomaster.