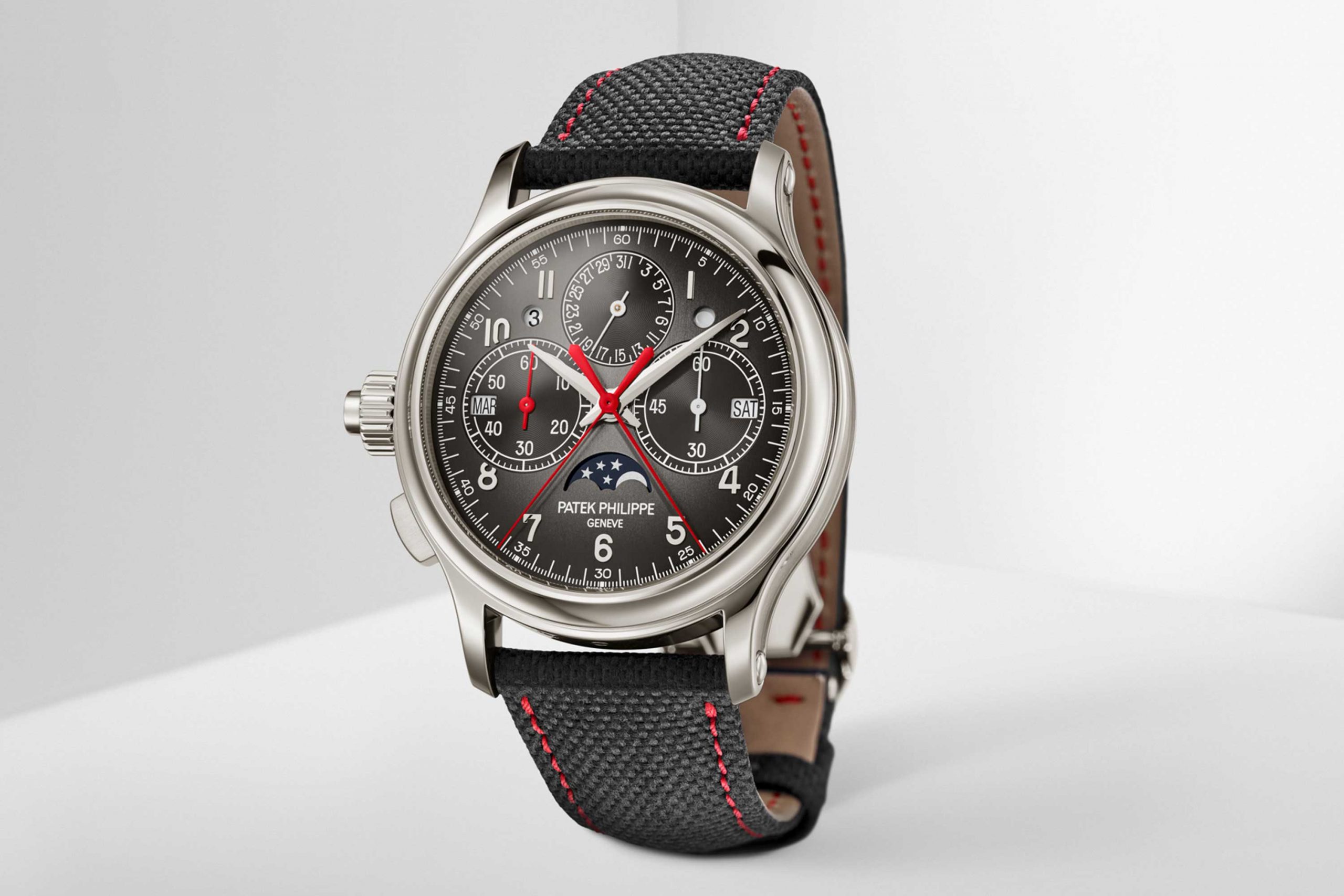 The left-handed watch format, however, is not without precedent in the history of Patek Philippe. In 1927, the manufacture created a unique, left-handed single-button split-seconds chronograph wristwatch with a cushion-shaped gold case for its American retailer, Grogan & Co., one of Pittsburgh’s most prominent jewellers of the 20th century. The watch has since surfaced in 2006, selling for a whopping CHF 2,372,000 at Christie’s.

Cased in platinum, the new reference has the exact same dimensions as the ref. 5372P, measuring 38.3mm in diameter and a slim 12.93 high as it houses the same CHR 27-525 PS Q, which is made up of the magnificently slim split-seconds chronograph movement that first debuted in the hallowed ref. 5959 in 2005 and a thin perpetual calendar module built atop.

The case remains identical to its predecessor in form and finish, featuring a polished, concave bezel contrasted by a pronounced satin-brushed recess along its case flanks. It features slender, elegantly curved lugs with a distinctive press-fitted platinum caps at their ends.

As the movement had to be inverted to relocate the crown to the nine o’clock position, the position of the pushers as well as the layout of the counters and calendar discs are rotated by 180 degrees from their usual positions. The split seconds pusher is now located at eight o’clock while the analogue date is located at 12 o’clock, the running seconds at three o’clock, the moon phases at six o’clock and the 60-minute totalizer at nine o’clock, with the aperture displays for the leap year and day-and-night indicator are relocated to the top half of the dial.