Perrier-Jouët Belle Epoque Rosé Champagne: As Thrilling As Its Siblings

The wonderful champagne house Perrier-Jouët has made me look like a dill. Not long ago, I wrote about its brilliant Belle Époque Blanc de Blancs 2006 and I concluded by suggesting that as good as it was I was eagerly awaiting the 2008 release. It seemed to me that the 2008 vintage was ideally suited to the style, and that with it we could have a champagne as thrilling as Perrier-Jouët 2002 version, one of the greatest wines I’ve ever encountered.

I am now advised that Perrier-Jouët will not be making a 2008, so I am eager no more; 2012 is next cab off the rank and it too should be a cracker.

Quite why Perrier-Jouët declined to make the 2008 Belle Époque Blanc de Blancs is rather baffling to me as I remain convinced that we would have had something truly special, but it is possible that the house felt the grapes could be put to better use in one of the other two versions of its Belle Époque (which is known as Fleur de Champagne in some parts of the world) – the original and the Rosé – or perhaps the grapes were needed for the reserve program. Whatever the reason, we will now have to wait for the 2012 (yes, I am assured it has been made). 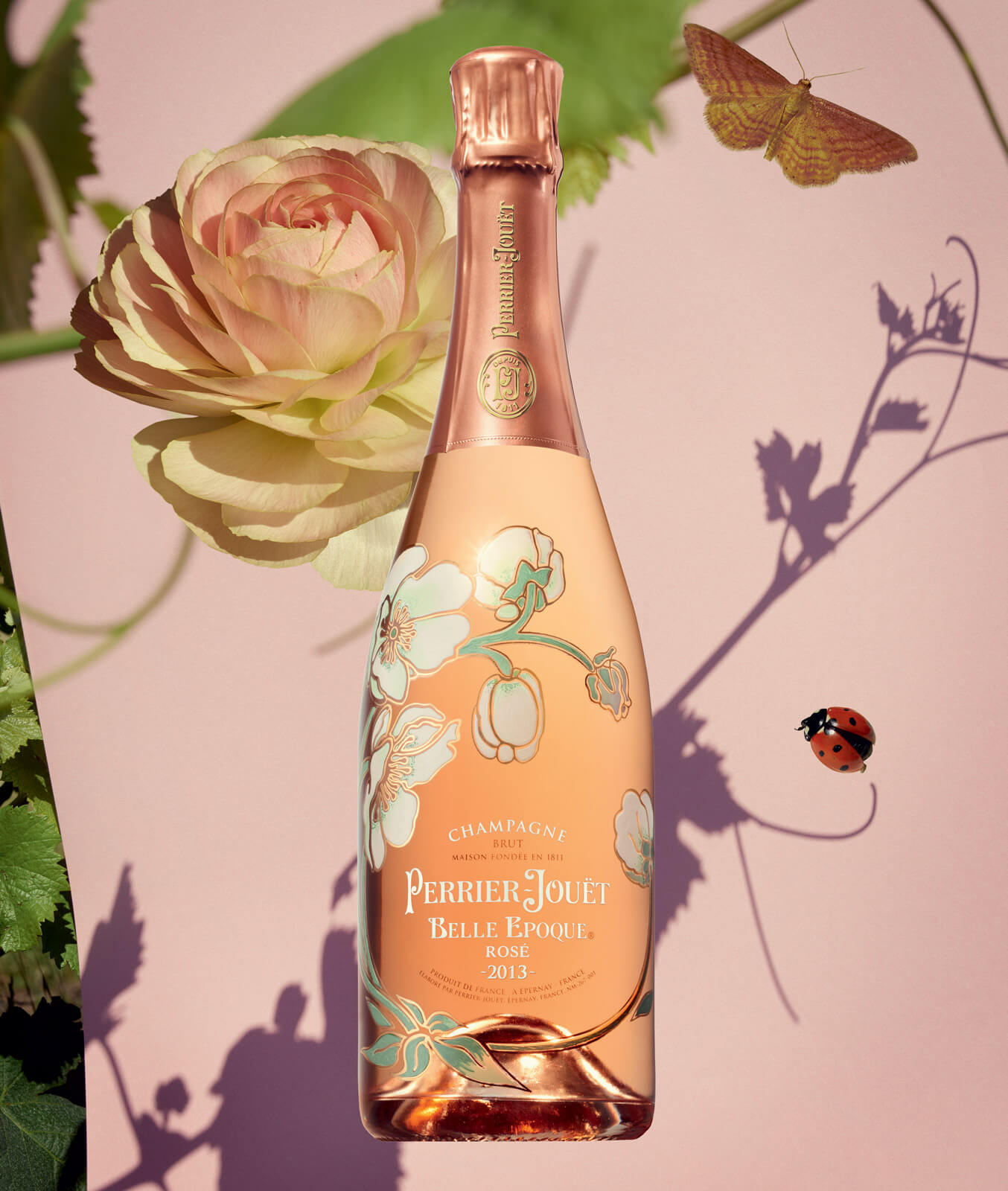 The chance to try the 2006 vintage of this magnificent champagne came up again recently – not something one ever turns down – and it did not disappoint. Well, results a touch mixed. The first bottle was truly spectacular, even better than the superb example I tasted for the story on that wine back in December 2021. A second bottle was not quite so thrilling, but the third was back to its best. This is always a danger for wines in clear bottles: if not kept in appropriate cellophane, as with Cristal, or properly boxed, as is usual with these, the light can diminish the wine.

The occasion was a wonderful Perrier-Jouët Belle Époque dinner at the Queensland Art Gallery with the focus on the Rosé. Of course, that did not preclude the opening of that wonderful Belle Époque Blanc de Blancs and also the current-release Belle Époque, the 2013. Great stuff all round. 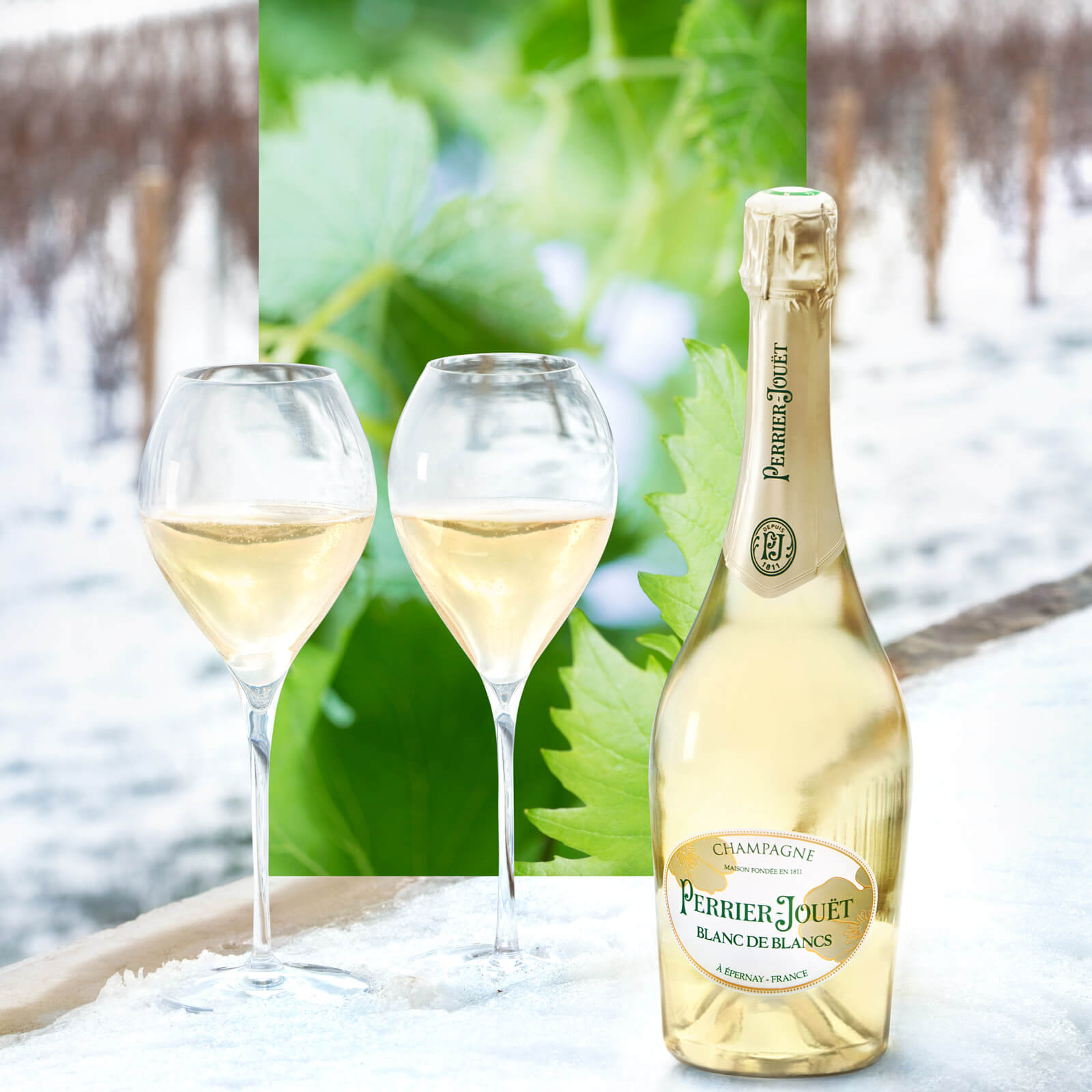 Queenslanders are incredibly privileged to have one of the world’s great champagne palates, Bernadette O’Shea, regularly hosting such amazing evenings, as well as tastings and putting literally thousands through her champagne classes (champagne enthusiasts regularly come from interstate and even overseas to take part). People often wonder why such a high percentage per capita of champagne is consumed in Queensland – aside from our innate good taste, much of it is attributable to the efforts of this one person.

Perrier-Jouët in a nutshell

I have discussed the amazing history of the unique bottles before. and suffice to say that they are perhaps the most instantly identifiable wine bottles on the planet. A brief recap: in 1902, Perrier-Jouët’s third president, Henri Galice, commissioned famous art nouveau artist Emile Gallé to design a new bottle to reflect spirit of the era. He painted those beautiful Japanese anemones on four custom-made magnums, but the powers that be considered the process too expensive to mass produce.

They were stored away and forgotten until Deschamps’ predecessor, André Baveret, came across them in 1964. The first Belle Époque was released in 1969 as part of the celebrations of American jazz legend Duke Ellington’s seventieth birthday at a party in Paris. Five hundred specially numbered magnums (who knows where any of them are today) went to special customers and the rest were sold at Maxim’s and Fauchon in Paris. 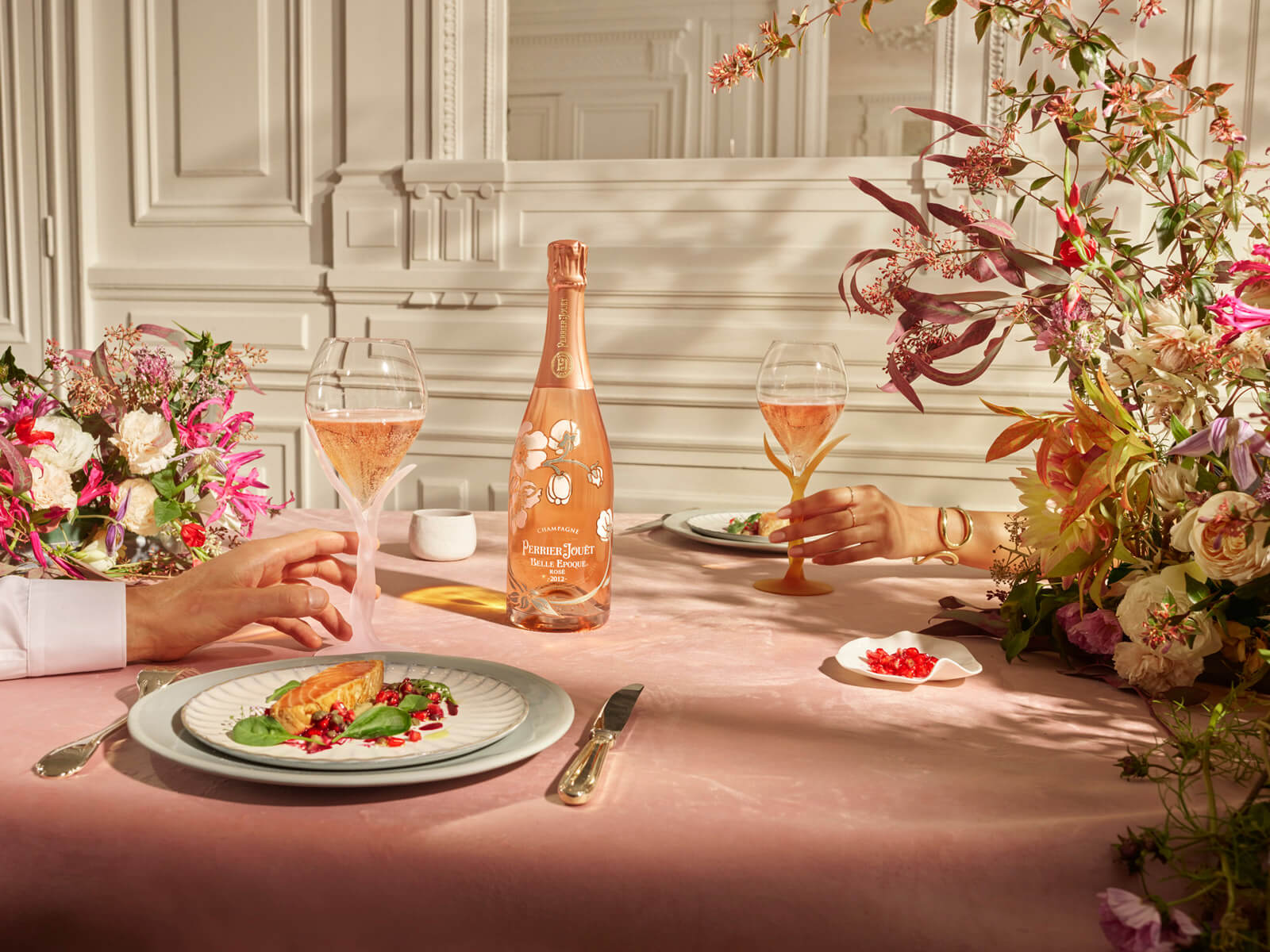 The Perrier-Jouët Belle Époque Rosé constitutes just eight percent, give or take depending on vintages, of the full production of Belle Époque champagnes (the Blanc de Blancs is just one percent). Perrier-Jouët also offers a second prestige Rosé, Blason Rosé, which is more Pinot dominant.

I have also discussed Perrier-Jouët’s wonderful Belle Époque wines here before, but it is worth recapping that they are made from a careful selection of grapes, mostly Grand Cru with some Premier Cru where appropriate.

Other villages such as Rilly and Le Mesnil can be included if the chef de cave believes that it suits the style and the vintage. The house owns 65 hectares of vineyards including 55 hectares of Grand Cru, which supply around one-third of its needs – high for this part of the world. First-press juice only and a lengthy period on lees. The aim is for champagnes of freshness, finesse, elegance, and complexity.

Frerson has described the Perrier-Jouët Belle Époque Rosé as “a fascinating cuvée – subtle and delicate, yet also warm and embracing, as if it were wrapping you in silk . . . I like to compare Perrier-Jouët Belle Époque Rosé to a pale pink ranunculus. I’m thinking not only of the flower’s pastel hue, but also of its multilayered, ruffled petals, which suggest this cuvée’s surprising combination of richness and delicacy.”

She sees a perfect match for it being figs, lobster, or red lentils (presumably not all together). Also “salmon or tuna cooked on one side only, salmon with cranberry sauce, pigeon, or thinly sliced duck breast.”

The house suggests that its Belle Époque Rosé was first made in 1978, although the Tastingbook.com site, an extremely useful source, has a series of notes for the 1976 vintage. Richard Juhlin, a highly respected champagne authority, refers to the 1976 as the first vintage of the Rosé.

The latest release, the 2013, has 11 percent Pinot Noir from Aÿ, Mailly, Verzy, and Sillery. Skin maceration was followed by blending with the Chardonnay from Cramant, Avize, and Le Mesnil.

Belle Époque 2013: The latest of this magnificent line of champagnes opens with the full sea breeze experience. We also have florals, jasmine, citrus, spices, a wonderful briny note. This is a richly flavored champagne that is already exhibiting good complexity with more to come. 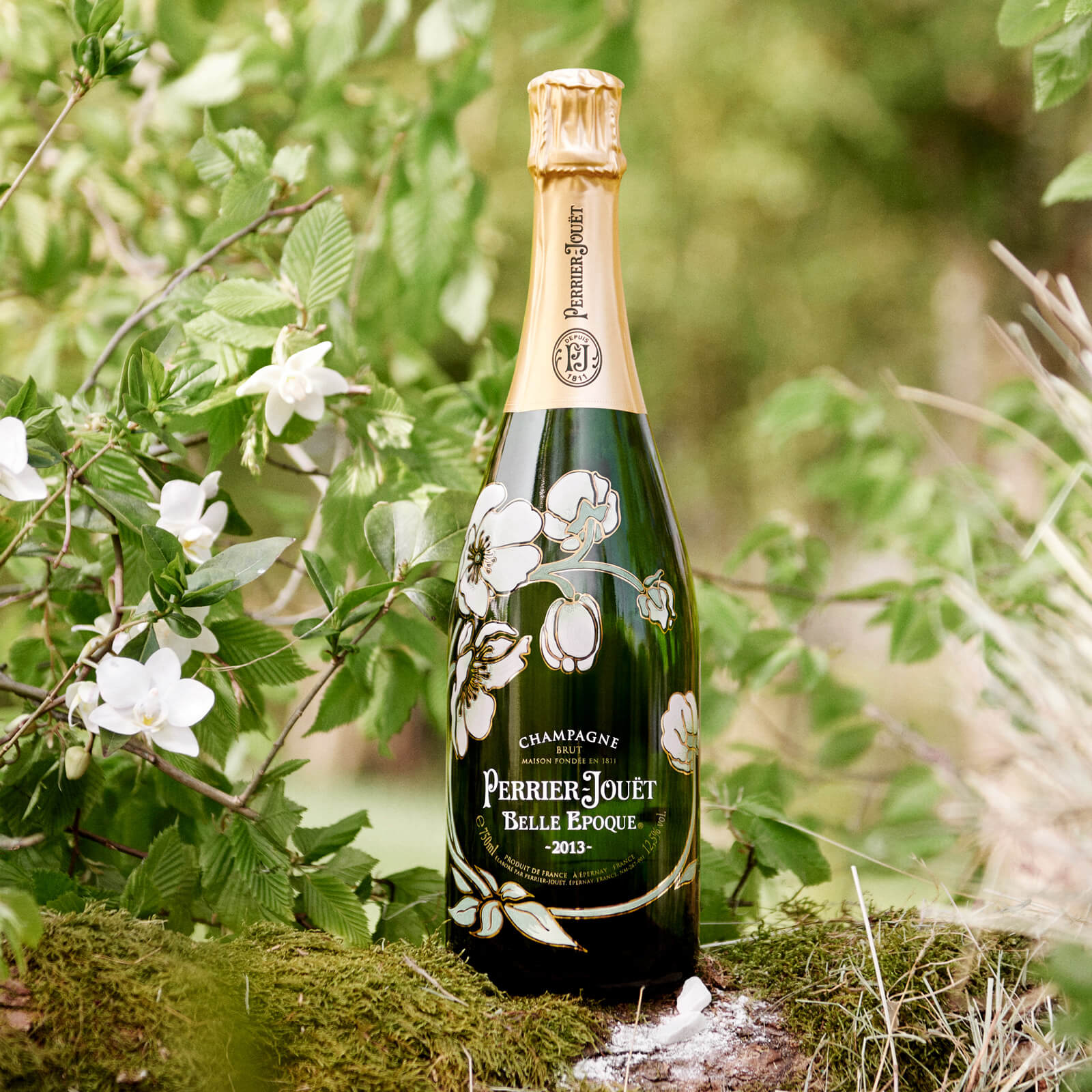 Hints of ginger on the palate. There is terrific length and a creamy texture. Frerson sees notes of lime blossoms, characteristic of the vintage. For me, it is more oyster shell/sea breeze.

This superb champagne provides more compelling evidence that anyone who overlooks the best champagnes from the 2013 vintage is doing themselves a disservice – I am hoping to provide more evidence of the glories and surprises of both the 2013 and 2014 vintages from Champagne very soon.

Belle Epoque Rosé 2013: Would the 2013 Rosé Belle Époque be able to match it with the 2013 standard Belle Époque (acknowledging that “standard” is the most demeaning of terms in this instance)? Would it what! 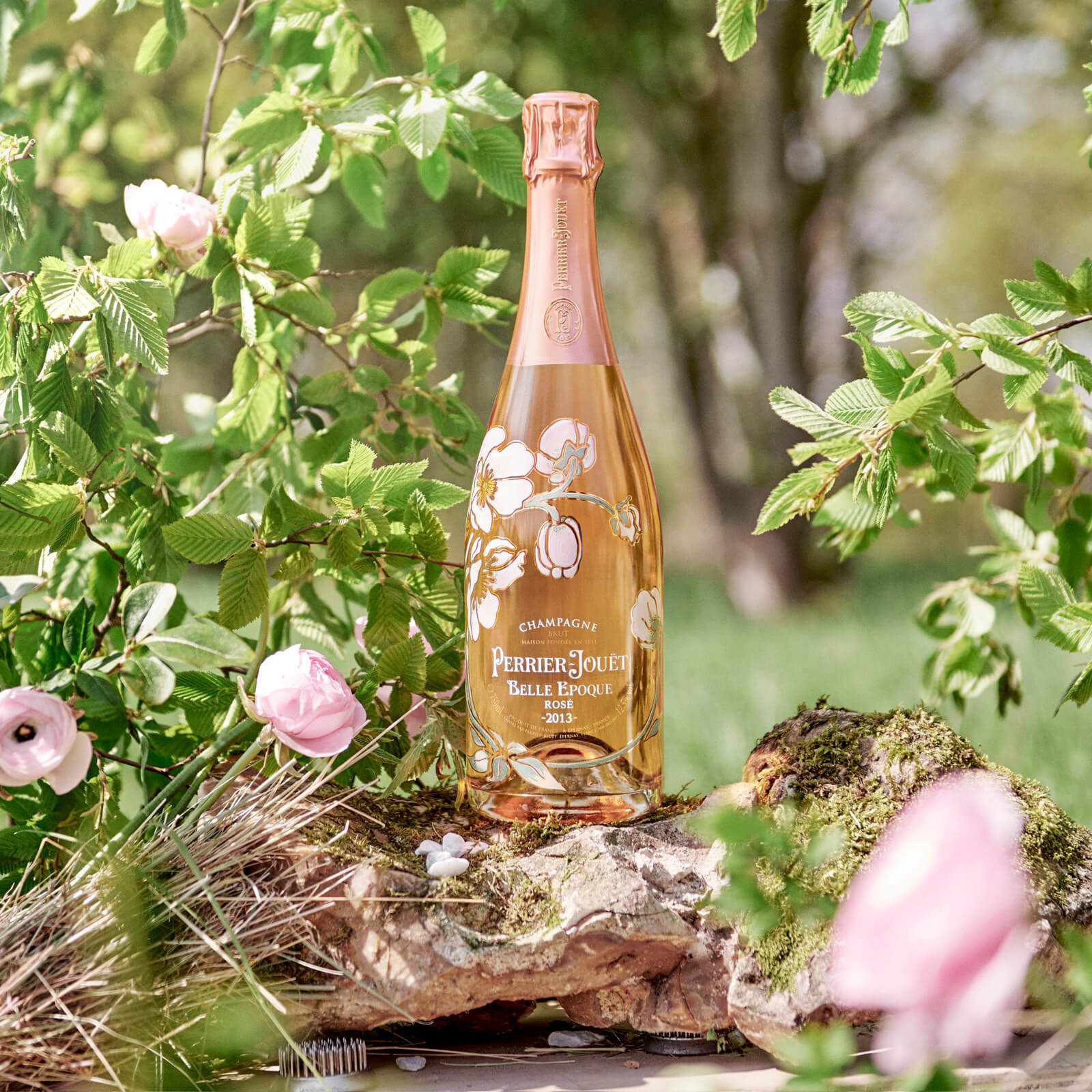 Pale onion skin in color, very pale, this is delicately fragrant with raspberry and strawberry notes. Bright acidity with spices, ginger, and florals with an undertow of chalk and minerals. Cherries emerge on the palate.

Delightfully fresh and focused, there is great intensity, but this is a wine that dances. And then lingers with gentle persistence. Love it. Have no fear of this champagne: like every Belle Époque, spending a long period in your cellar is to its advantage. 97.

Belle Époque Rosé 2012: From the much-lauded vintage of 2012, on paper (as they might say if this was a sporting contest) this should be the pick of the range. On paper doesn’t always ring true, but on this occasion both on paper and in the glass had it the winner! 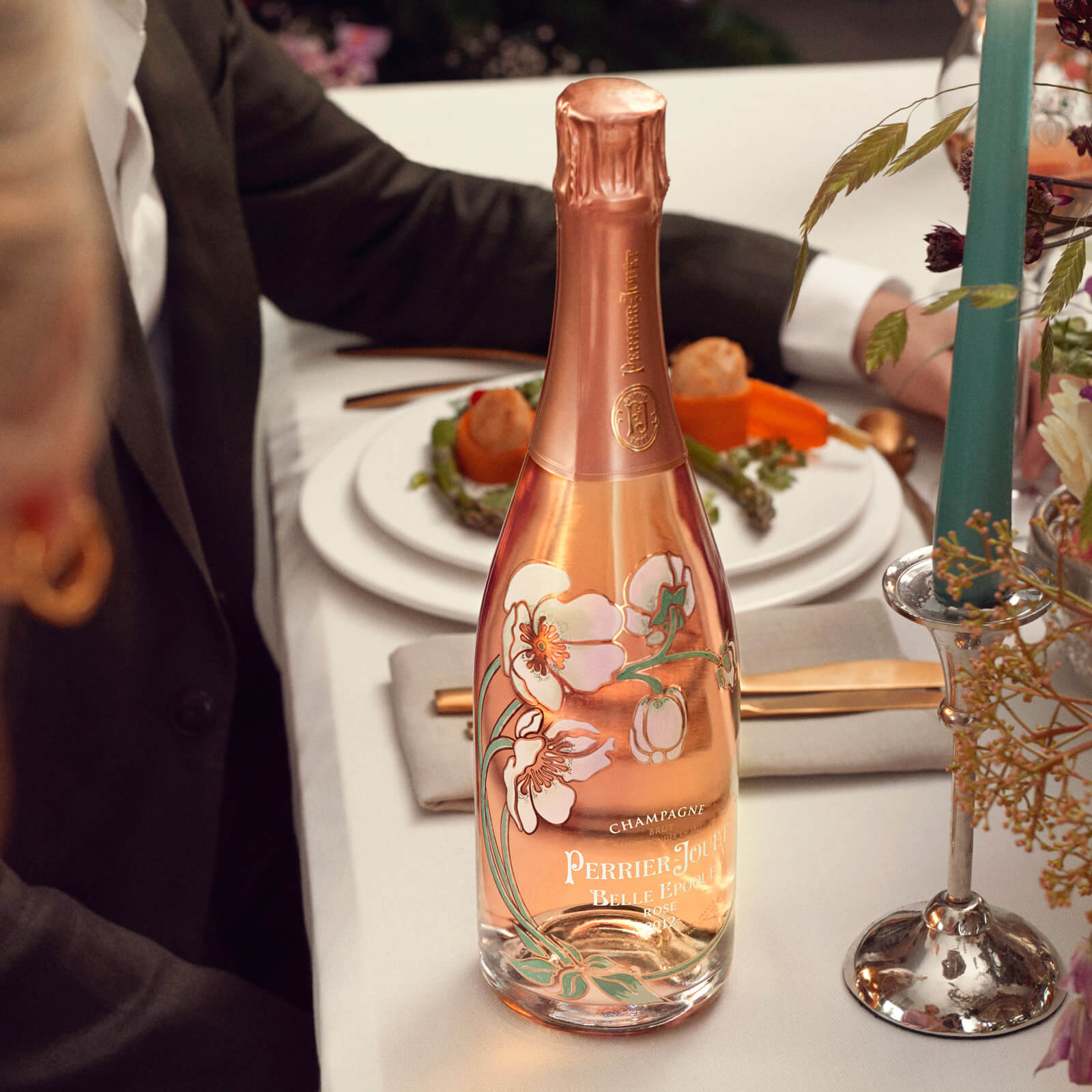 Even paler than the 2013, this was amazingly delicate, even ethereal, and yet with endless generosity. Fragrant, ripe, layered, and complex, there are gentle red fruits, pink grapefruit, florals, citrus, and spices. Exquisite. Perfect balance and a wine that persists for an incredible amount of time. A great future undoubtedly, but it is so glorious now good luck keeping your hands off it. 98.

Belle Époque Rosé 2006: An underrated but generous and welcoming vintage, this is a much deeper salmon color. The nose is like a raspberry/strawberry compote. 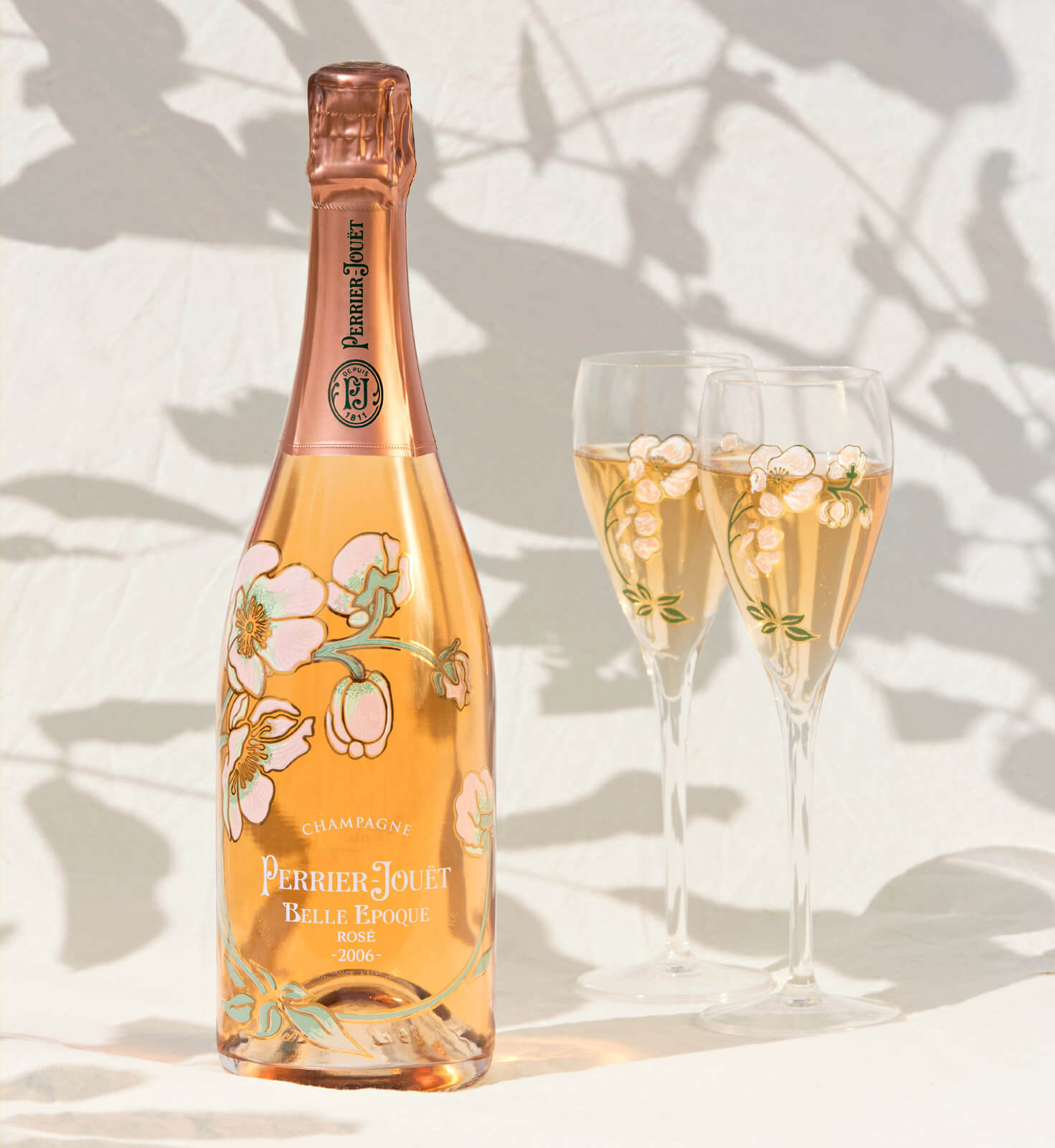 The vintage’s generosity and warm sunny nature is very much to the fore. Ripe with a lovely soft texture, there is impressive length. Good enough to almost, though not quite, match the ’06 Blanc de Blancs. 96.

Perrier-Jouët Belle Epoque Blanc De Blancs 2006: The Quintessence Of Chardonnay With The Brilliance Of A Yellow Diamond

Perrier-Jouët Belle Epoque Blanc de Blancs: One Of The Finest Champagnes I Have Ever Enjoyed