Piaget Polo Skeleton In Pink Gold: The Power Of A Sublime Blue-Gold Contrast

Times change and so do the watches representing the times. While Piaget’s Polo was once an icon in gold, in the brand’s modern collection it is dressed in stainless steel to appeal to today’s clients. While I understand Piaget’s move from a commercial point, I prefer my Polos in precious metal. Luckily for me, one of the best models of the current collection combines gold with most people’s favorite color – and plenty of it!

The Piaget Polo Skeleton in pink gold with blue PVD-coated movement and alligator skin strap in a matching hue is quite the attention seeker. It displays a pleasant dynamic, both luxurious and sporty. 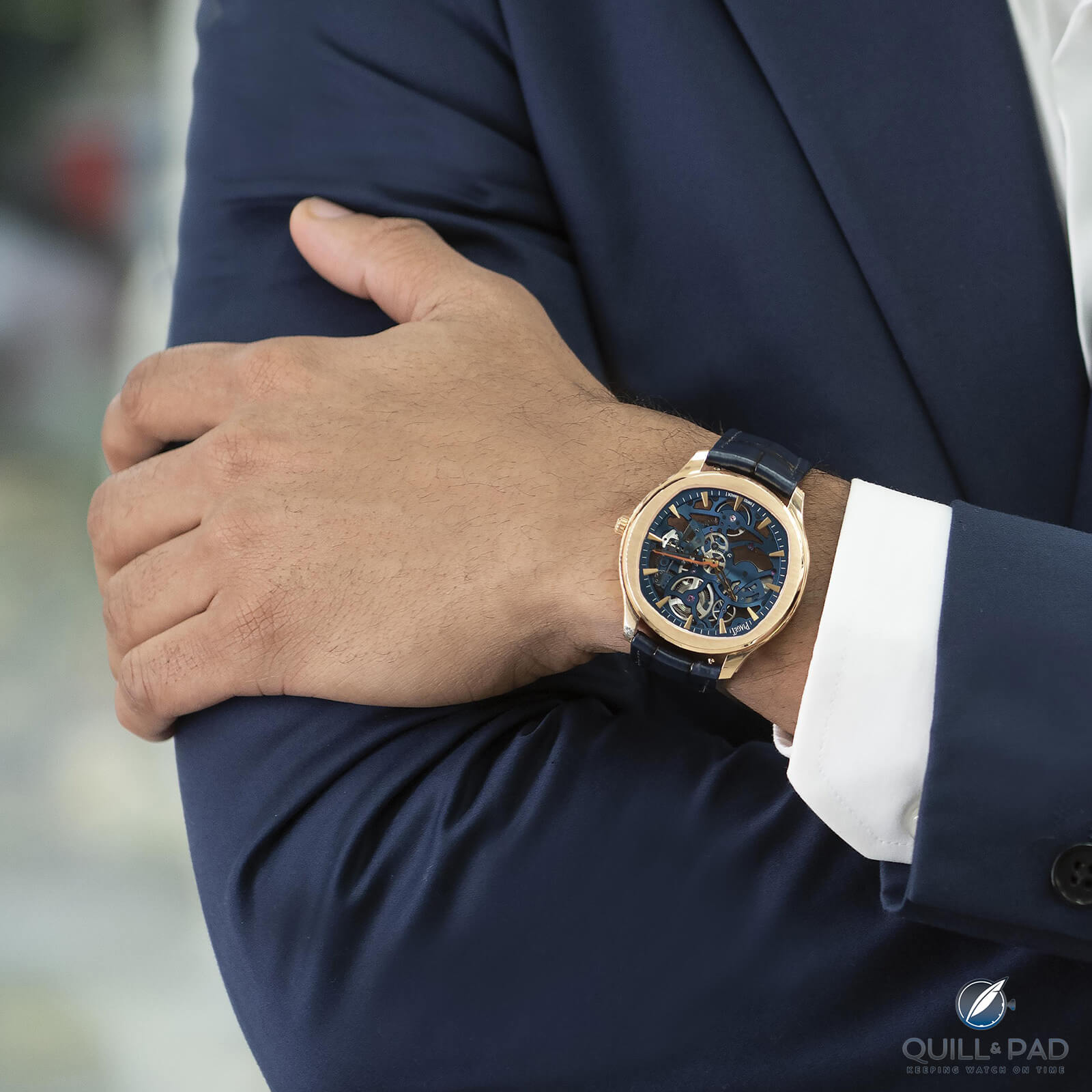 Piaget Polo Skeleton in pink gold on the wrist

Delivering just that is already quite an accomplishment, more so because Piaget is moving the skeleton movement out of the traditional classic approach into a more modern setting. The almost understated finishing is sophisticated, aiming to impress with perfection rather than an overly abundant assortment of different techniques. This results in a watch that is pleasing to look at and avoids making the Polo Skeleton look busy, which, with no dial, a skeleton watch can easily become.

Is it a Piaget Polo or an Emperador?

I think that this watch also benefits from being “genetically closer” to the Emperador collection than to the original Polo. Piaget also seems to have realized this as on its website the Emperador collection is now referred to as “Polo Emperador.” This makes the lineage quite confusing and, in my opinion, clouds the fact that both watches are very tempting prospects with a lot to offer in their own rights. 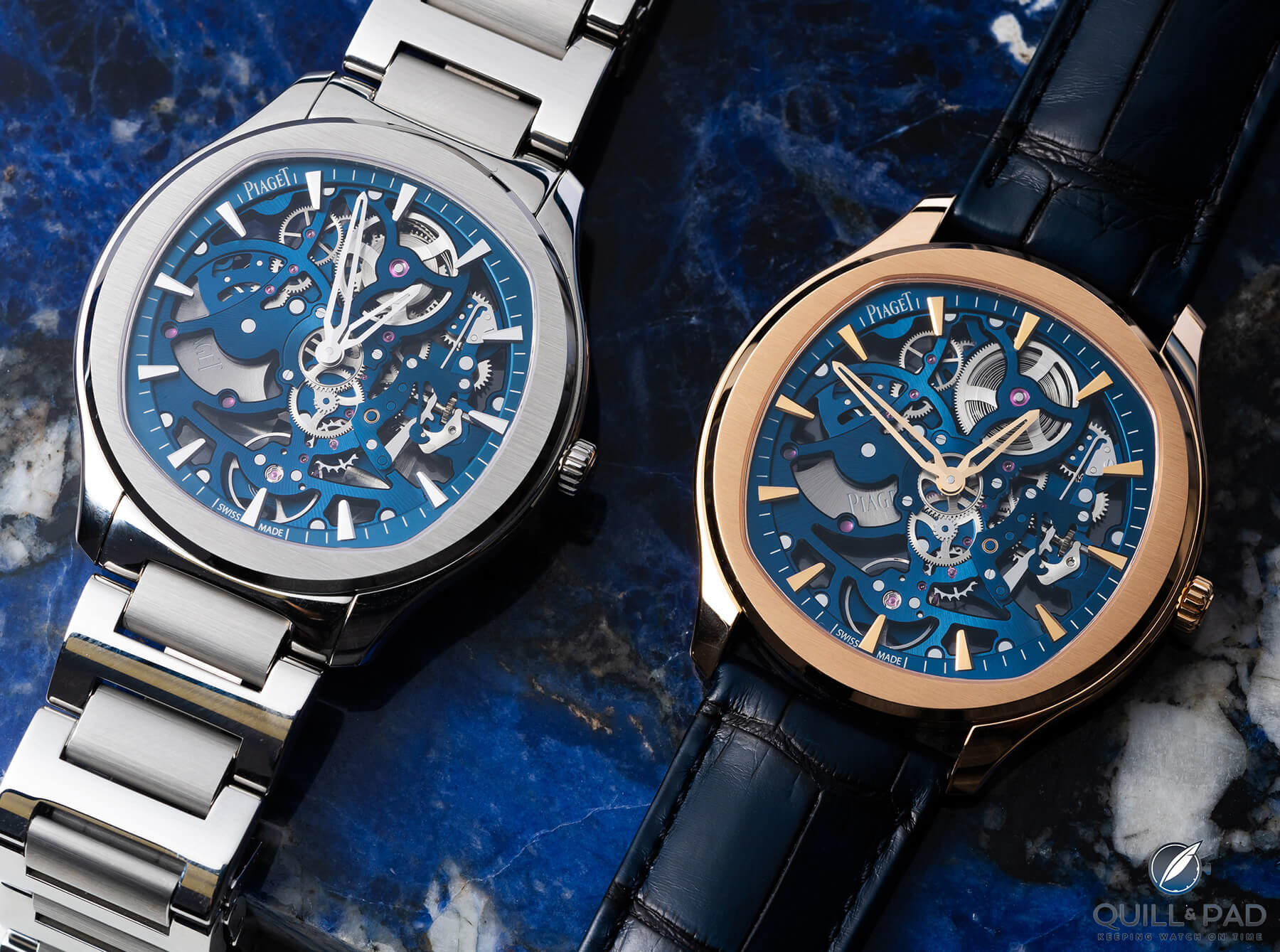 The lightly cushion-shaped bezel adds character, although the watch itself is actually round as a view from the back reveals. The excellent balance between brushed and polished surfaces makes the case perfect for framing a busier-looking proposition such as a skeleton movement. 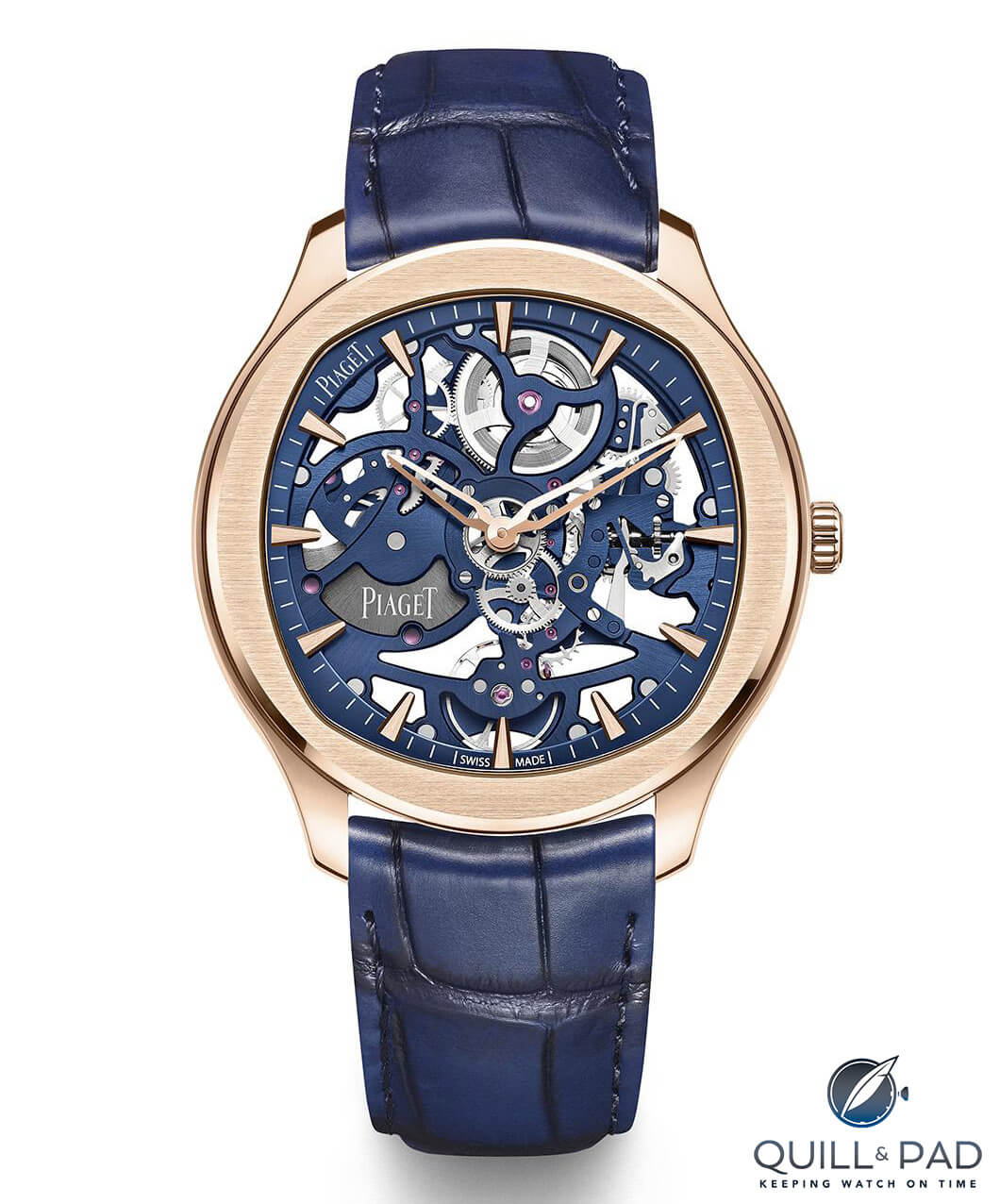 With a case diameter of 42 mm, the Polo Skeleton is generously sized but not oversized; it signals presence on the wrist. But three things make one simply love this watch, even if with a smaller wrist. For starters, the proportions are correct; the bezel and case look “just right” compared to the movement, while the ring marking the minutes and hours also cleverly plays a part in increasing the overall legibility. 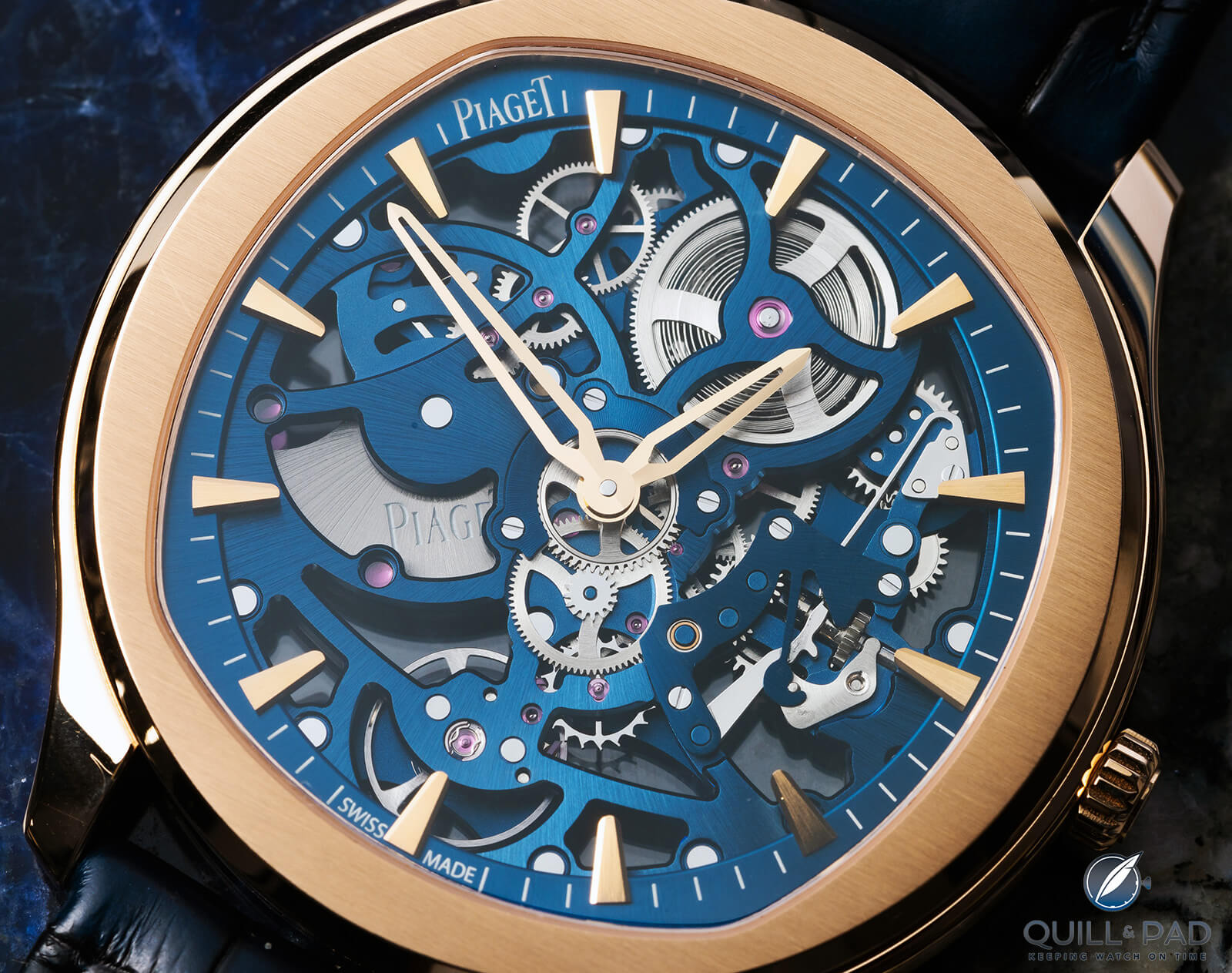 The ultra-thin movement’s overall height is a mere 6.5 mm, making it sit comfortably on the wrist. It is here that the third aspect comes into play: the relatively short lugs contribute significantly to the overall wearing comfort of the watch and the fact that it also feels at home on more modestly sized wrists. 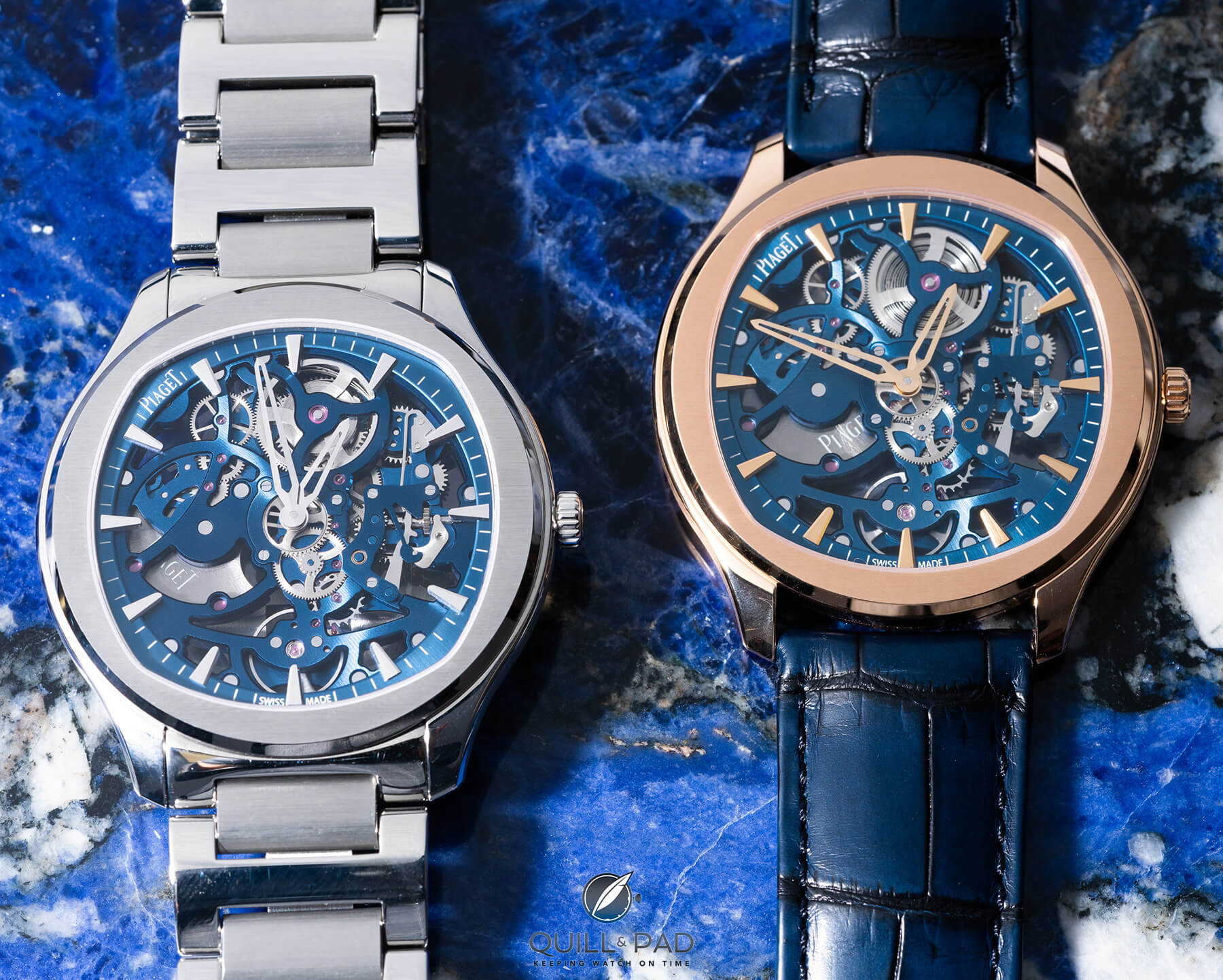 Thin but not the thinnest

While I think the battle between Piaget and Bulgari – with Richard Mille recently joining in as well – for having the thinnest watch is significant for the industry; we can best compare these watches to hypercars. They offer incredible performance and engineering excellence, but in everyday life a degree less is still a whole lot of awesome. 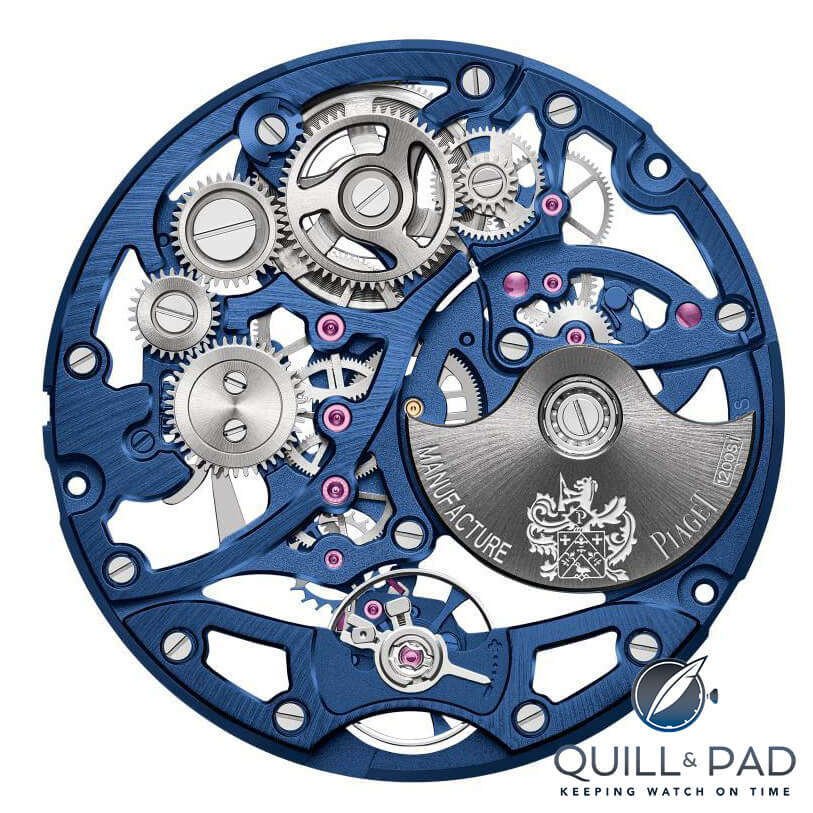 The Polo Skeleton delivers in everyday life: a 2.4 mm height for an automatic movement might not be record-breaking these days, but it will never cease to impress. On top of that, Piaget has decades of experience in making reliable ultra-thin movements, and that counts for a lot, especially in regular-wear watches. 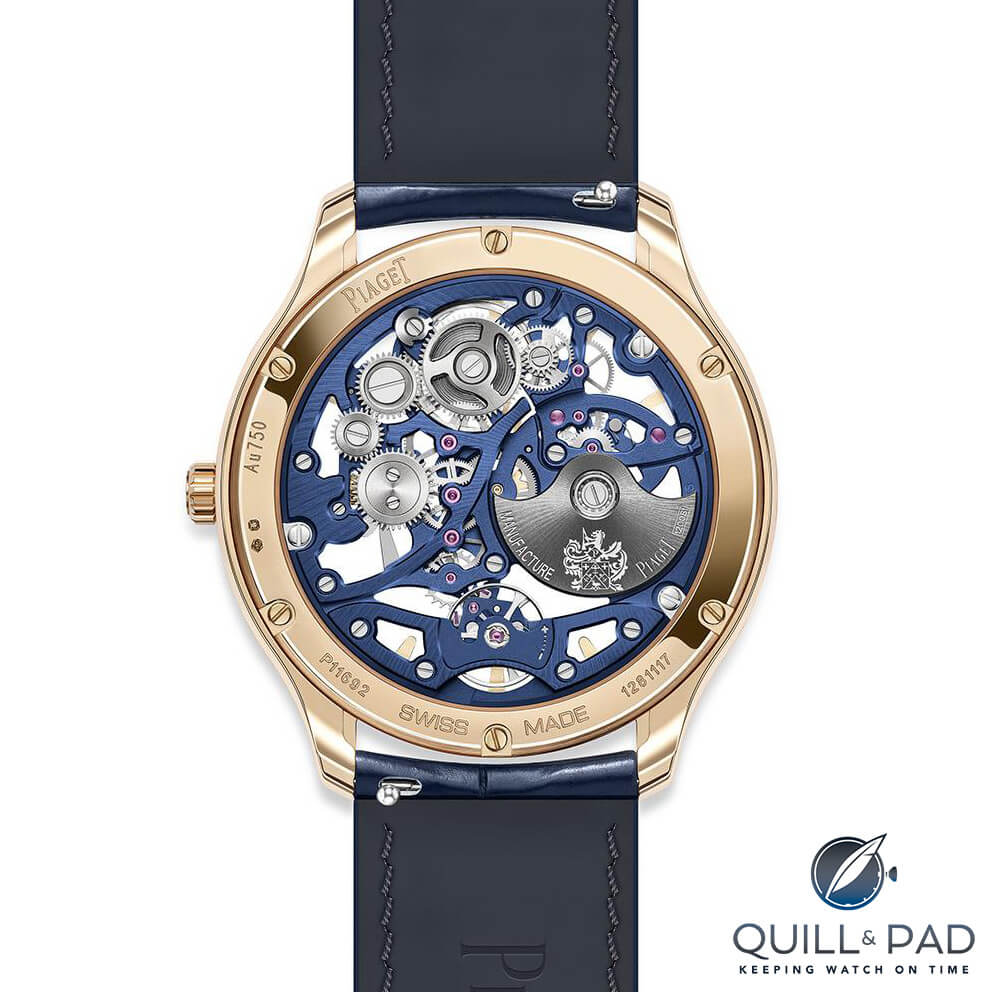 As is traditional with Piaget’s ultra-thin movement, Caliber 1200S1 runs at a lower frequency than you might expect – 3 Hz/21,600 vph – and offers a (healthy for its size) 44-hour power reserve. I am a big fan of peripheral rotors, but I am an even bigger fan of micro rotors. Particularly in this watch because its movement is an ode to the Piaget caliber that started it all: the legendary 12P.

The Polo Skeleton is Piaget’s entry into the very competitive category of men’s watches in the 2022 Grand Prix d’Horlogerie de Genève. While winning this category will be a tough nut to crack, the Polo Skeleton has the advantage of representing what Piaget has been doing so well for so long: making luxurious watches with a contemporary edge powered by delightful ultra-thin movements.