Right Up Your Street – Moser × UNDEFEATED 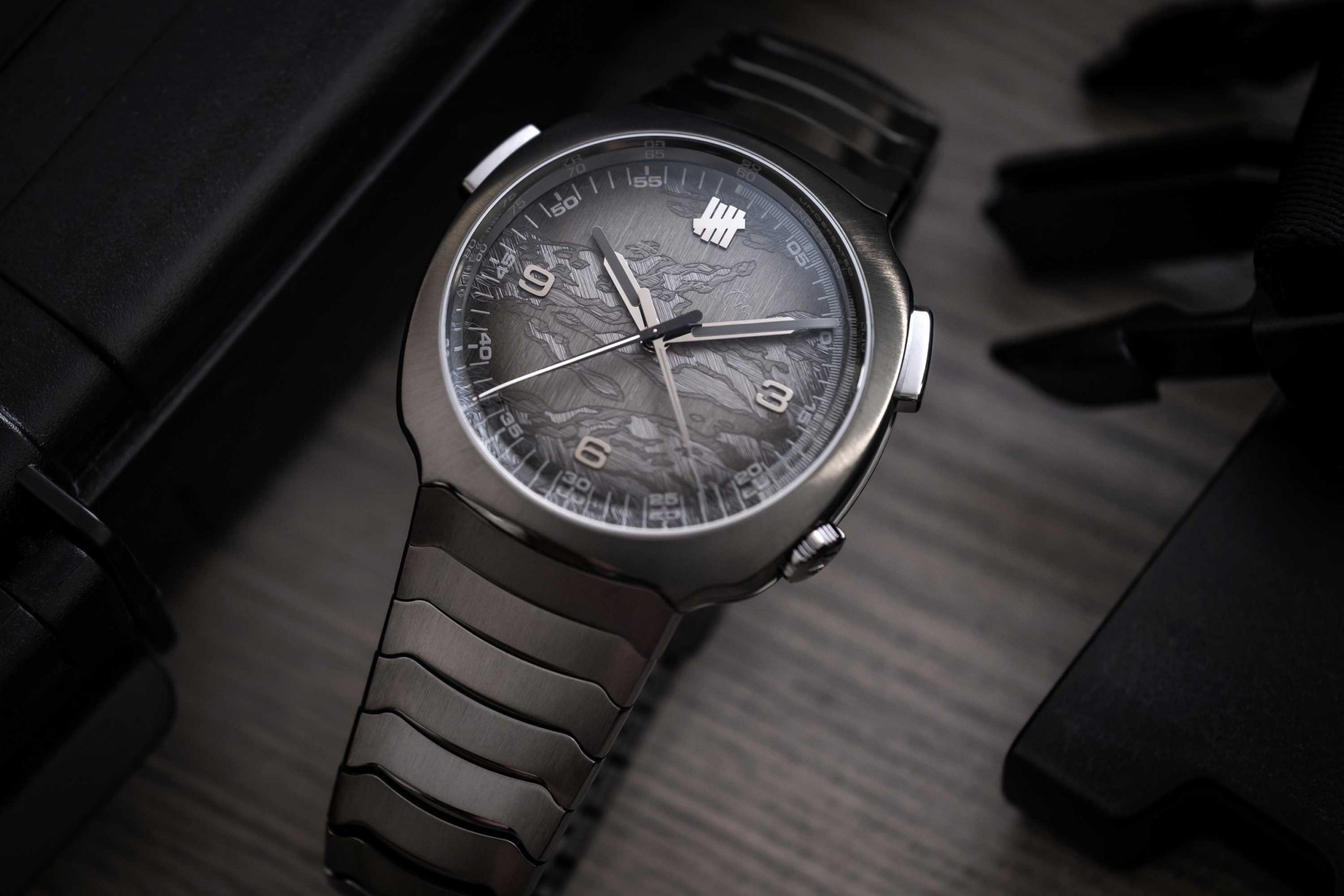 H Moser & Cie dates back to nearly two centuries to 1828, when the brand was founded by Heinrich Moser in Russia. It rose from the ashes as the company we know today in 2005, led by Heinrich Moser’s great grandson Roger Nicholas Balsige and Jürgen Lange. In 2020 Moser launched the Streamliner that, unlike many integrated bracelet watches that can be quite angular, is soft and harmonious and, well, streamlined; taking its inspiration from the trains of the 1920s and 30s.

In contrast UNDEFEATED was founded two decades ago in 2002, by James Bond and Eddie Cruz and is based in Los Angeles. Initially a collectible sneaker shop, over the past 20 years, the brand has expanded to include 28 boutiques throughout the world and has become one of the most influential streetwear-focused brands. UNDEFEATED is renowned for interesting and highly coveted collaborations with brands such as Nike, BAPE, Adidas, Land Rover and even Conor McGregor!

It should come as no surprise that the guys at UNDEFEATED are seriously into watches and one of the current co-owners, Eric Cheng, is collector who is a big fan of pieces by H Moser & Cie. He contacted Edouard Meylan, CEO of H. Moser & Cie, to float the idea. Says Cheng, “With its unconventional approach and philosophy, H. Moser & Cie. is a sort of UNDEFEATED of the watch industry. Two of its key strengths are that it is bold and ahead of its time. It’s a very inspiring brand, which is why we decided to contact Edouard and his team.”

The watch measures 42mm, but the sloping sides of the cushion case makes the watch look more compact and almost vintage-esque on the wrist an aesthetic that is helped by Moser deciding against having a bezel on the watch. For the first time the case and bracelet have a grey DLC coating. Says Edouard Meylan, “We used DLC on this model at the request of UNDEFEATED. Eric Cheng wanted a watch with a bold, strong character and a certain vitality, and which would slowly develop a patina over time.”