The Next Big Thing: Greubel Forsey 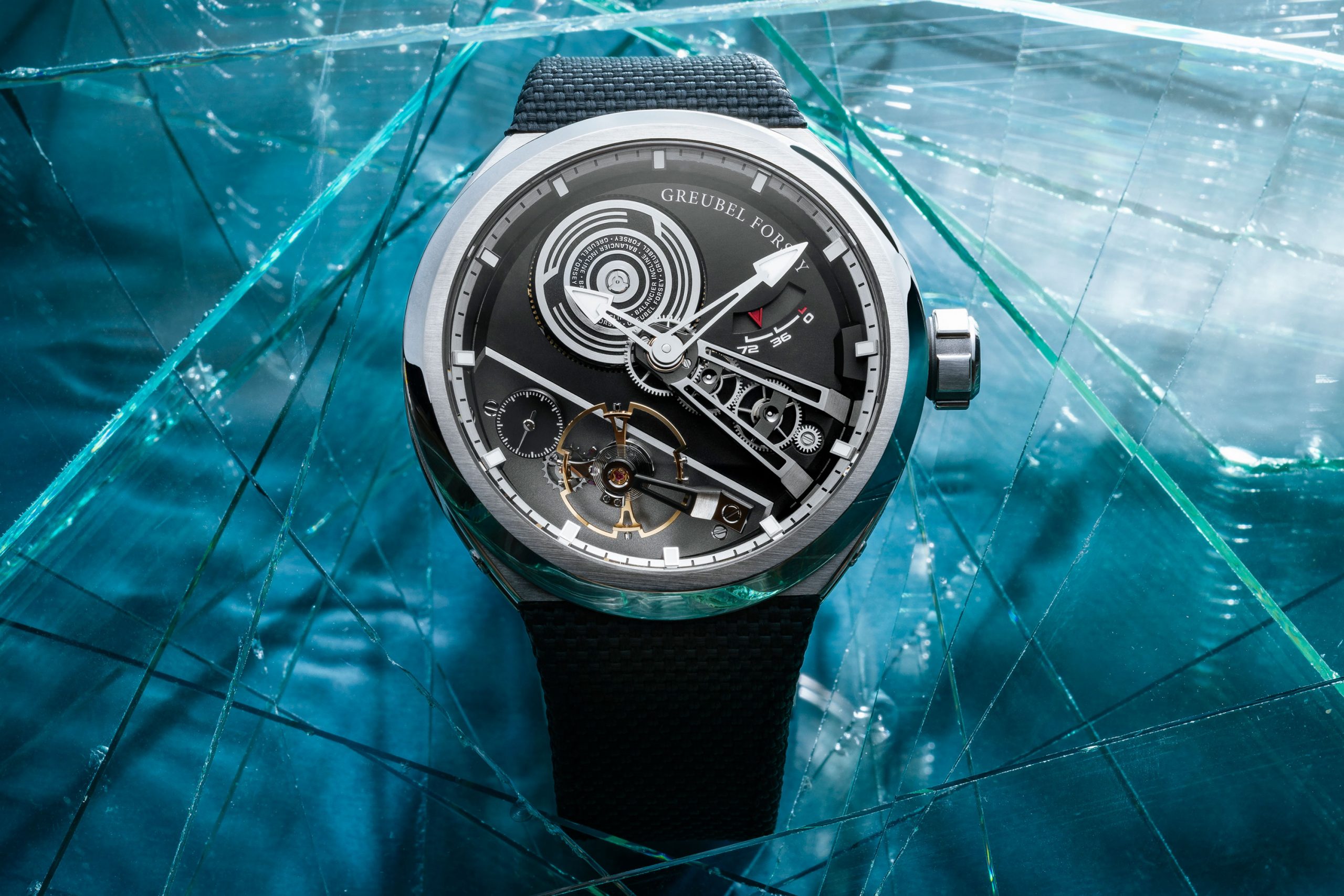 What Calce, of course, didn’t know was that between Dubai Watch Week last year and my visit to Greubel Forsey this year, I had been traveling extensively. And everywhere I went, New York, Los Angeles, Berlin and London, people were starting to get excited about Greubel Forsey’s new identity, in particular as it was expressed by two models, the Balancier Convexe S² and the GMT Sport. But where did this design language and new identity come from? Says Calce, “We have been evolving towards this slowly over the last past years.”

One of the things that first impressed me during last year’s Geneva Watch Days, when I saw Antonio Calce for the first time since he had taken the reins of Greubel Forsey, was what an astute student of the brand he had become. He explains, “I wanted my vision for the brand’s future to come from a place of real substance, a real appreciation for the values that had been established by Robert and Stephen over these last 18 years, even while understanding the need to push the story forward.”

The second thing I noticed was he was decidedly self-effacing despite the tremendous work he had done. While he was at other brands, I’ve seen him take a more forward-facing role as CEO. At Greubel Forsey, he has decided to go a different way. He shares, “The culture and authenticity of what we do at Greubel Forsey is so extraordinary that, for me, the brand has to be the star. Now that we have a new offering, we can really sense the momentum behind us.”

Calce is right. When I went to the manufacture a few months later, I could sense the palpable excitement in every department with where the brand is headed.

In 2019, Greubel Forsey created two watches that would serve to inspire Calce and his team’s design philosophy today and have a direct role in the creation of the Balancier Convexe S². The first is the incredible GMT Sport. Says Calce, “This watch represents a milestone for us, because it was the first truly ergonomic titanium high complications sports watch we made.” Significantly, it marks the introduction of the ovoid multi-part titanium case with its signature trilobe proprietary screws. It is also the first watch to introduce the incredible V-bridge for the hands and gear train that hovers over the dial and brings an extraordinary sense of three-dimensional architectural depth to the timepiece. Previous versions of the GMT showed the time on a small subdial that occupied the space on the upper right of the watch. The GMT Sport does away with the dial altogether and ushered in the era of fully transparent movement and time telling integration.

When Black and Gold is Racy: The De Bethune DB28GS JPS