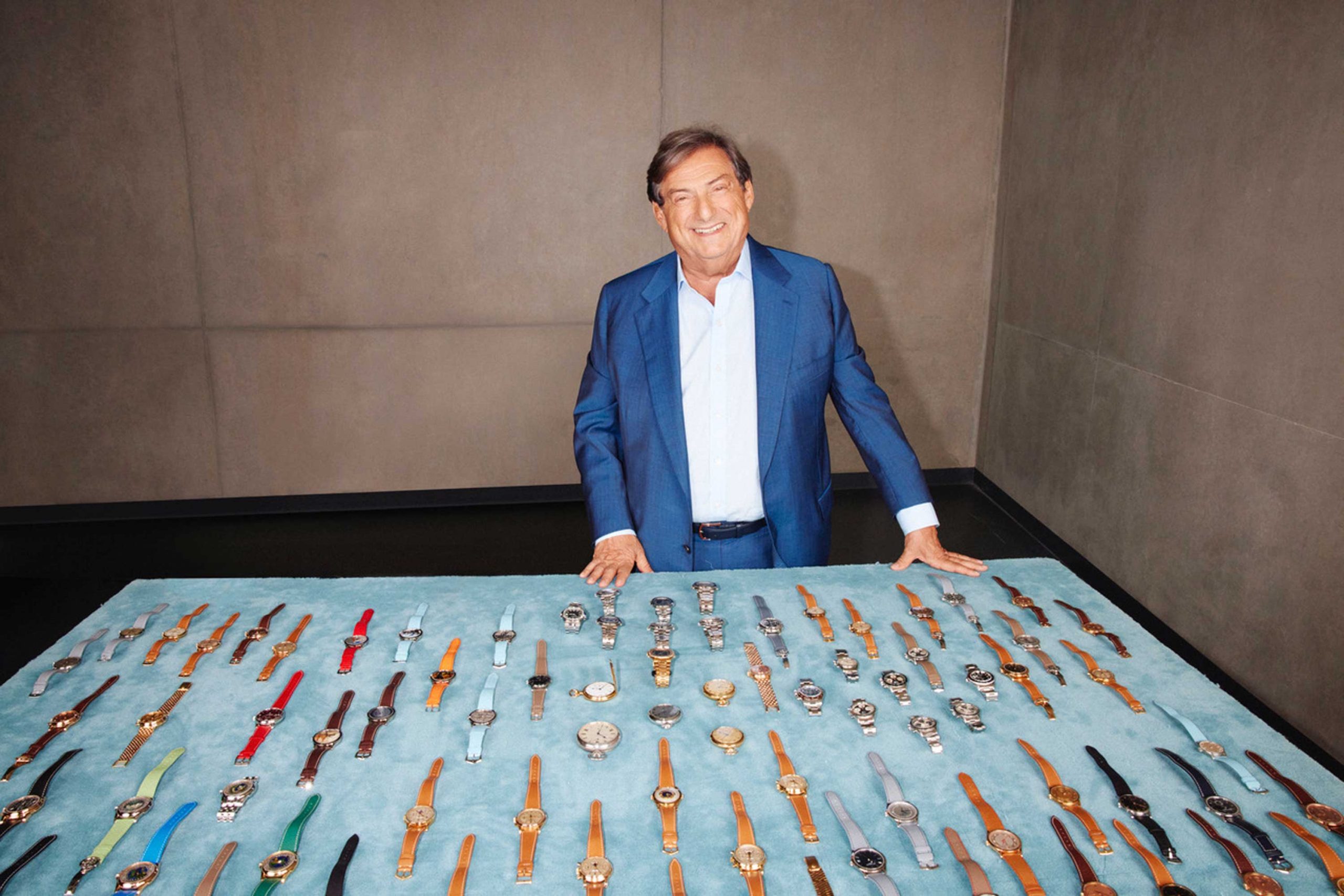 Patrick Getreide has spent the past four decades amassing a collection of over 480 watches, both pocket and wrist examples. Far from being a mishmash of brands and references, the collection has been curated to represent the ‘best in class’ of some of the most important and iconic watches ever made. Where possible, each piece is a special order, unique piece or has some fascinating provenance.

“As soon as I had achieved a moderate level of success, I began to buy watches at prices I could afford,” Getreide explains. “Gradually, that amount increased and, little by little, the watches became better and the passion for collecting them became stronger. Perhaps strangely, I never thought of the financial aspect or that values might rise — but, thankfully, I seem to have bought the right ones at the right time.”

The headline brand in the collection is, unsurprisingly, Patek Philippe. The exhibition is split into 11 sections, six of which are dedicated to Patek. A good number of the pieces were made as unique bespoke commissions for Getreide, who is always very particular about working closely with Patek to realize his dreams. The OAK Collection houses the largest selection of watches that were owned by the legendary Henry Graves Jr. outside of the Patek Philippe Museum. Of the 39 pieces that Graves commissioned, it is believed that 30 still exist, with Patek owning 13 and the OAK Collection containing five.