Up Close with The A. Lange & Söhne 1815 Rattrapante 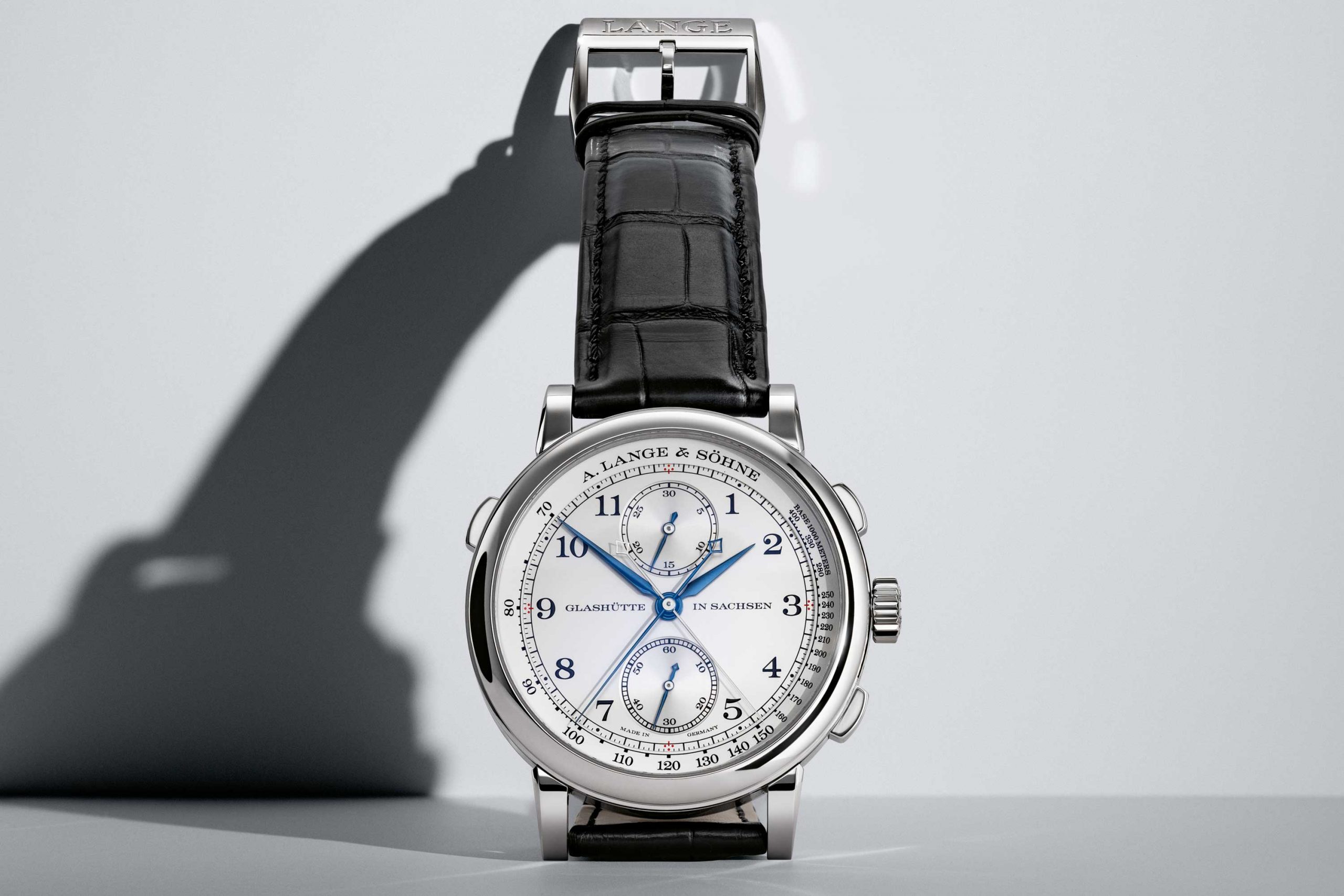 Nearly every watch brand has at least one chronograph within its collections, but such is the complexity and cost of a mechanical rattrapante — the split seconds chronograph — that only a relative handful offer it. And of these, A. Lange & Söhne can be said to stand head and shoulders above much of the rest for producing some of the most technically innovative and capable of rattrapantes, which also become a canvas for demonstrating the Glashütte manufacture’s mastery of the decorative arts.

Even as the highest-skilled watchmakers would be quite content grappling with the dizzying complexity of a rattrapante, A. Lange & Söhne went further to release the Double Split in 2004, the first of its kind in the history of watchmaking that enhanced the versatility and ease of use of the traditional rattrapante by adding a minute counter for the split timing. A heap of complexity was needed to add that second minute counter, to the tune of 100 additional movement components in that tiny space of a watch case. One supposes that the logical progression would be to evolve from “double” to “triple.” In fact, that would be most illogical bordering on insane, when considering the eye-watering complexity needed to effect such a thing. But the company did it anyway, presenting the Triple Split in 2018, capable of split timings up to 12 hours, requiring 567 movement parts in the caliber L132.1. In between, A. Lange & Söhne also combined the rattrapante with other famously difficult complications, from the perpetual calendar to minute repeater.

Having done the ultra high complication circuit, it is perhaps timely to get back to the simpler pleasure of a pure rattrapante. The 1815 Rattrapante Honeygold was released in 2020 as one of three “Homage to F. A. Lange” watches to commemorate the 175th anniversary of A. Lange & Söhne, featuring a black dial with the honey gold case, limited to 100 pieces. This July, the manufacture is following it up with a new version, the 1815 Rattrapante, in platinum with silvered dial.

Our Predictions In The Calendar And Astronomy Category Of The 2022 Grand Prix d’Horlogerie de Genève (GPHG): Masterful Finishing, Extreme Creativity, And Lots Of Moons