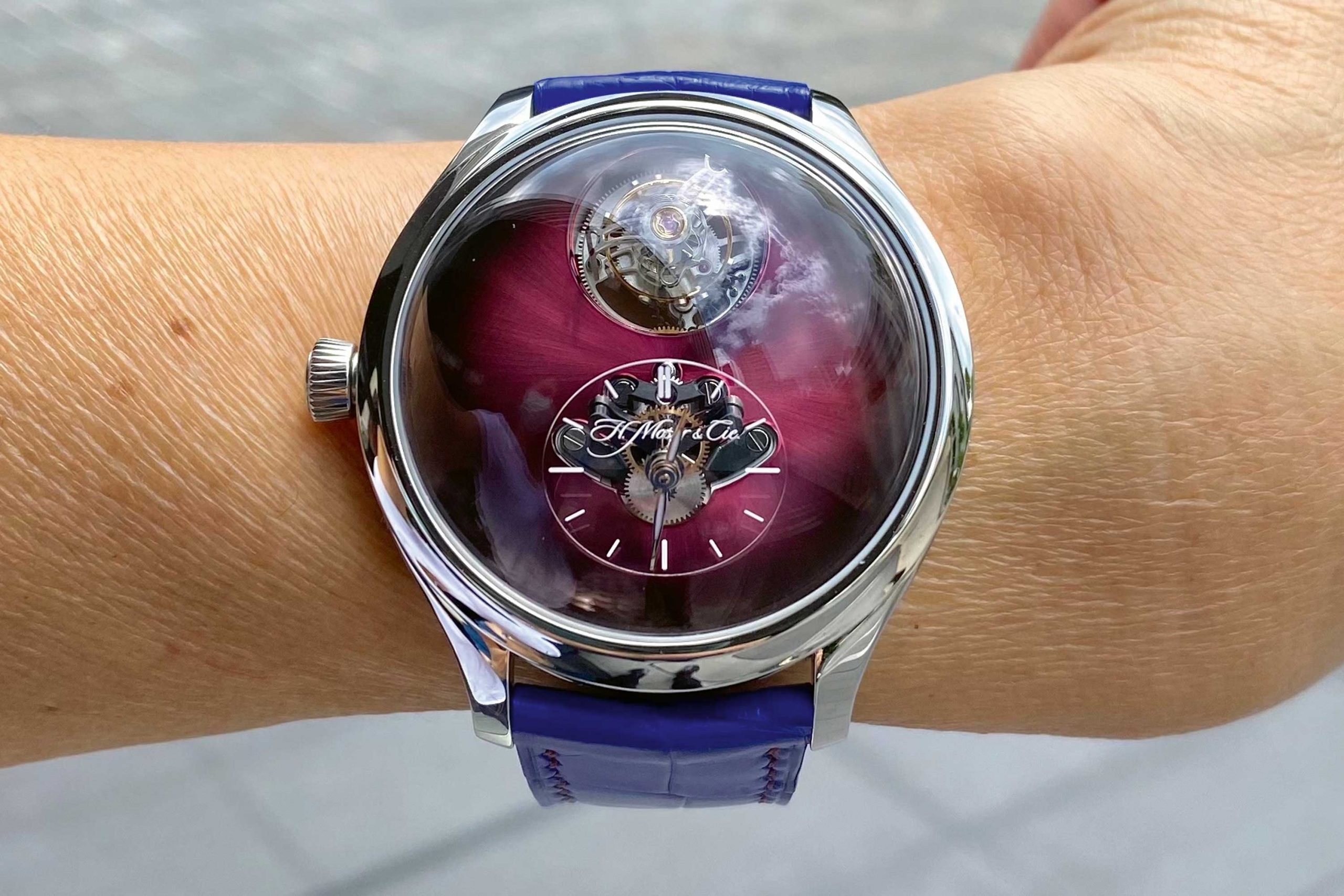 From there, Ms. Shum did what many Swatch owners do: continued to buy more. “I bought a lot of Swatch watches. They were, and still are, fun and affordable. I still have at least 10 of them, but at the time, I never thought of myself as a watch collector,” she states. “Eventually I moved on to more functional timekeepers (such as Baby G-Shocks) which I needed to keep time while running and playing tennis.”

As far as her first “expensive” watch (the quotation marks around the word were added by Ms. Shum herself), the timepiece she selected served several purposes, while also bringing with it an entertainment of a different kind. “My first ‘expensive’ watch was a TAG Heuer that had a bright orange dial and a black bezel. I technically got it for diving (and yes, I still have that watch). I was fascinated by how the bezel worked. If you’ve ever owned a watch with a rotating bezel, then you understand how it feels to keep turning the bezel and hearing that familiar ‘clicking’ sound. It’s so hard to resist turning the bezel once it’s in your hands or on your wrist,” says Shum. Interestingly, readers of this column may remember that Hind Seddiqi, whom we profiled in an earlier issue, had relatively the same to say about her TAG Heuer, which she also considered her first “real” watch. “It was a two-toned, 24mm diameter TAG Heuer S/EL Link with a dark gray dial,” stated Seddiqi. “I used to love turning the bezel around as it made a ‘click’ sound, which was very therapeutic to me.”

As with many watch collectors, there comes a moment when one goes from the Swatch/G-Shock realm into, well, what might be considered, “the dark side.” Mind you, “dark” doesn’t mean “evil” in this instance, but rather, it’s the side that — once ventured into it — many collectors find it quite difficult to get out of. Think of Michael Corleone’s one truly great line from the dreadful 1990 film, Godfather III: “Just when I thought I was out, they pull me back in!” It’s this side that tends to carry weight in the watch collecting community; it’s heavy and complex, and hell, let’s admit it, it’s the side that can get really, really crazy and fun. And as Ms. Shum tells it, her “dark side” led to some iconic pieces in her early days of collecting.

“When I finally started making what I considered to be a decent salary, I then upgraded and purchased a Cartier Tank Française. Next came a Jaeger-LeCoultre Reverso, and then much later, a Patek Philippe ladies’ watch with a moonphase complication (which, I never could adjust accurately). Looking back, however, I really was attracted to watch dials that were colorful,” she states. “To this day, I feel that my first really ‘serious’ watch (which is now extremely hard to get) was the F.P. Journe Réserve de Marche, brass movement, which I purchased in Geneva in 2006. This was also my first ‘men’s’ watch; a 38mm diameter timepiece which, surprisingly, looked good even on my relatively small wrist.”