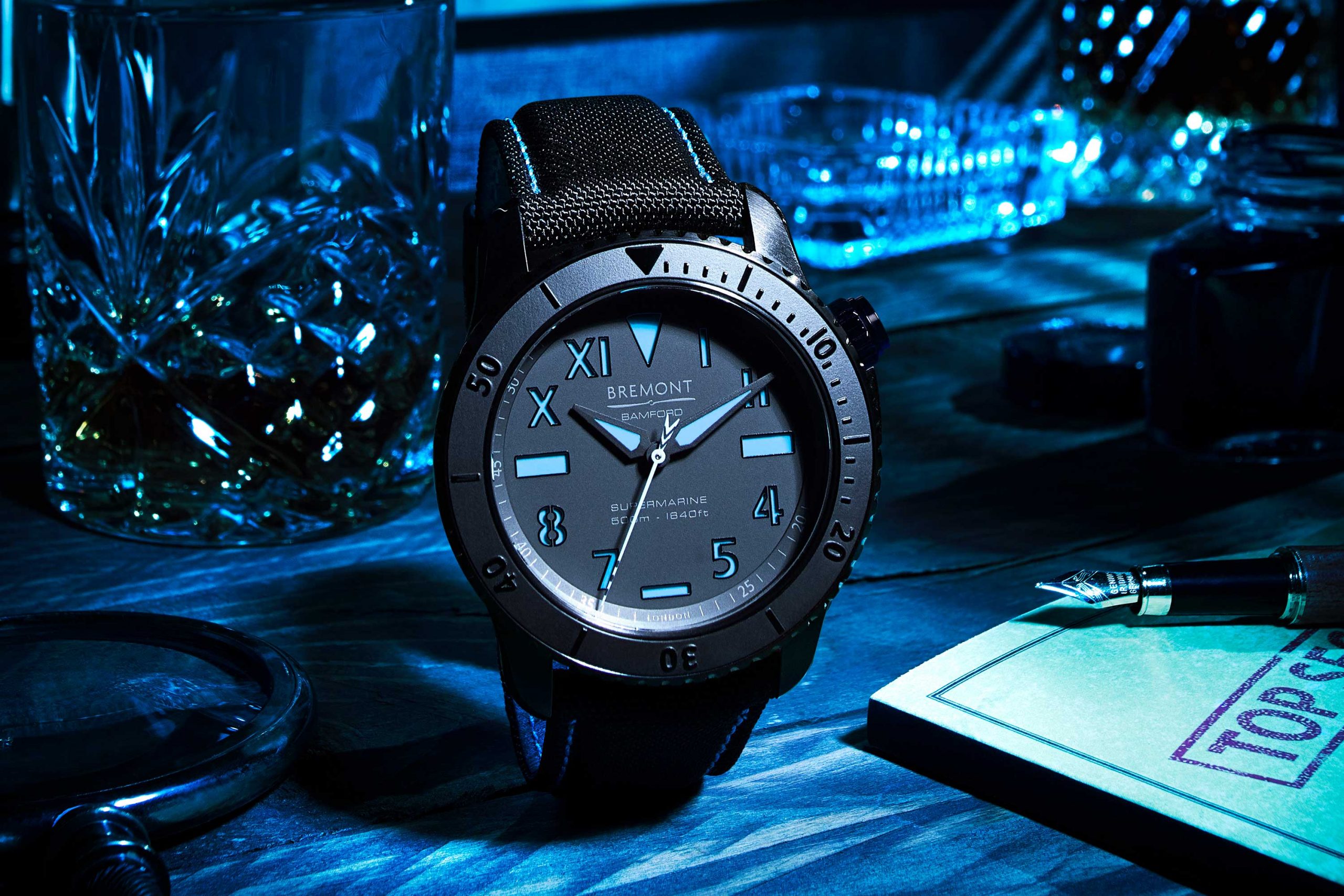 It was always the plan for the brothers English and George Bamford to work on a project together, ever since George bonded with the Giles and Nick over their shared passion for cool cars. Says Bamford, “I have known Nick and Giles for a while now, and we became firm friends when I was moving into my Mayfair ‘Hive’ office seven years ago, and they were parking a very cool Jaguar in a car park opposite. I always said we should do something together, and this project feels so right.”

Bremont is well known for creating watches that are built for purpose, with the watches having been adopted by British Forces, explorers and even surfers over the years. The brand’s first dive watch was the Supermarine S500 that was introduced in 2009. Thirteen years later, it is this professional dive watch that has been used for the Bamford Watch Department (BWD) collaboration. The watch was named as a tribute to the English brothers’ love of the British aircraft manufacturer responsible for the Supermarine S6B Schneider Trophy Seaplane and so it seems fitting that the Bremont x BWD watch has this iconic plane etched into the solid caseback.

Says Bremont Co-Founder Nick English, “The S500 Supermarine is an icon of our brand, and it’s been hugely exciting collaborating with George to produce this special edition. Projects such as this provide so much design inspiration, and it’s been an incredibly natural process with George sharing so many of the same interests, from aviation to automobiles and vintage military timepieces. We’re proud to be pioneering a British watch collaboration of this sort, and we’re equally as proud of the result, a watch that sublimely fuses the Bremont and Bamford design aesthetic.“