A friend called me recently, thrilled that he just bought a rare 50th anniversary watch at a local boutique that shall remain anonymous. I shared his joy and asked him how he found it. He had never owned any watch from this brand, but another friend of his put him in touch with the local boutique, who told him they had two in stock and he could choose whichever dial color he wanted.

I figured that the boutique must have the other one in stock, so I called. I didn’t specify the watch but told the salesperson on the line that I’d like to come in and see what they have. They said I was welcome to make an appointment, but I should know that “they had nothing in stock.” I thought that was incredible: a factory-licensed boutique without one watch for sale seemed impossible, especially given my friend’s choice.

When I said I wasn’t sure if it made sense to come in, the salesperson told me, “People come in just to introduce themselves.” I replied that would be fine and asked if I could order a watch from the boutique’s parent company. However, she said, they don’t allow watches to be ordered and only sell what has been allocated to them.

Even then, I replied, “I understand. Can I just get on a list in case something comes in?” I was rebuffed again when the salesperson said, “No. We not only can’t tell what’s coming but when they come in, they’re always spoken for.” At that point, I gave up. Even if they had one anniversary watch in the back room, they weren’t going to sell it to me. In fact, they did everything to dissuade me from buying any watch.

My friend, while pleased with his new black-dial model, had also asked about the availability of the blue-dial version. The dealer told him, “We only sell those to individuals who have spent a million dollars with us.” Since I very much doubt that there are that many buyers, I decided it was likely that wasn’t exactly true. Besides, if the dealer really would get only what was allocated, then why even promise that to mega customers? 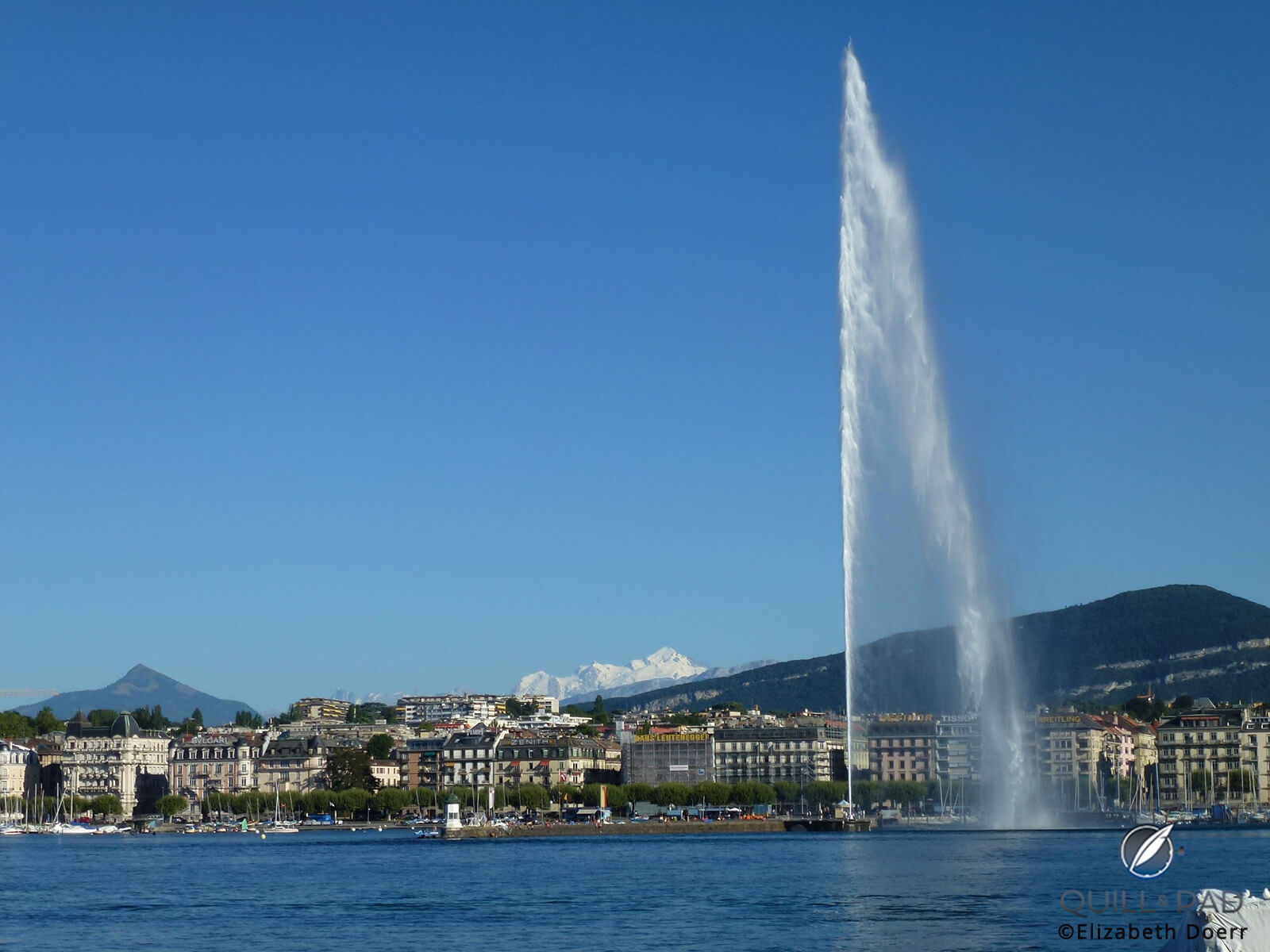 Looking from Rive Gauche to Rive Droite in Geneva, Switzerland, where most of the city’s watch boutiques are located with Mont Blanc uncharacteristically clear in the background

And not only there

A few weeks before, I had a similar experience involving another boutique of a different luxury watch brand, also to remain anonymous. I walked in and simply asked for, “Any steel sports watch with bracelet.” I knew they were scarce, but it seemed to me to be a simple enough request.

The sales clerk replied that they had none in stock, except one “used” one. That one looked brand new to me, and the boutique was asking about $20,000 more than the retail price of the brand it represented.

I looked puzzled and said, “Isn’t that a bit high?” The clerk replied that it was “market price,” although my research found that to be about $10,000 too high based on secondary market pricing. The salesperson also politely refused to put me on a waiting list, saying they receive only what they’re allocated.

In the latter instance, I reported my encounter to the company itself, who apologized, indicating that was not how they want their company represented and would take corrective action. The representative also said that they had no knowledge of when another model would arrive but would add me to the list of interested buyers. I’ve had that occur before with other brands, and I never received a call back, not even after years. They decided to humor interested buyers but without any real intent to fulfill their list.

Back to the anniversary watch . . . did I really want it after all?

For the anniversary watch, I thought of asking for help from a friend of mine, an executive with the company. I then decided against that, not only because I dislike asking others for favors, but I also wasn’t sure I wanted to do anything with that company. In the other situation, I added my name to the list as I not only believe the watch to be outstanding in design and craft, I trust the company to handle a direct sale with integrity. Over the next year or two I’ll see if my trust was misplaced.

What has occurred in both cases, I believe, is that a scarce product, whether intentionally created or simply due to unanticipated demand, has appealed to an incredible arrogance motivated by, to be candid, dealer greed. My best guess is that, eventually, the market will crash. There can be a softening of demand as buyers look at entirely different luxury goods, be they jewelry, art, automobiles, or many other items. Or a recession, which hopefully won’t occur, may remove enough potential purchasers to soften the demand curve.

However, we have today a luxury market perhaps unlike any other in history. While there always has been a luxury segment for many consumer goods and services, it now has expanded exponentially. Some have blamed the cryptocurrency market or other investments, but that might be a simplistic explanation of a complex phenomenon. A rising tide has always buoyed all ships, but today’s market, especially for watches, appears different.

Many people now view expensive watches as investments. Given the market crash in the spring of 2020 as COVID-19 brought economies to a standstill and the stock market witnessed precipitous plunges, a segment of our society has turned to hard assets. And investments that can be worn serve double duty.

The numbers reflect this boom. Exports of watches with public prices over CHF 6,000 increased almost eight percent in the one year between 2020 and 2021, while lower-priced watches declined in export value. Over the past 20 years, the greatest growth in pricing has been at the higher end of the watch market.

The allure of a valuable asset that will increase in value has caused some newcomers to not know what they’re buying. Of course many do, but there also is a new breed of younger consumers with more disposable time on their hands, sometimes working at home. Many have never experienced a watch market crash.

As someone once said about certain art buyers: “They buy with their ears and not their eyes.” Whatever is in vogue in the watch world often spirals to new demand heights. Many buyers worry about the colors of their dials or straps and much less about the real skill underlying manufacturing a precision instrument. Some even probably don’t know if their watch has a rubber band inside causing the hands to move, or at least they ask about changing batteries. 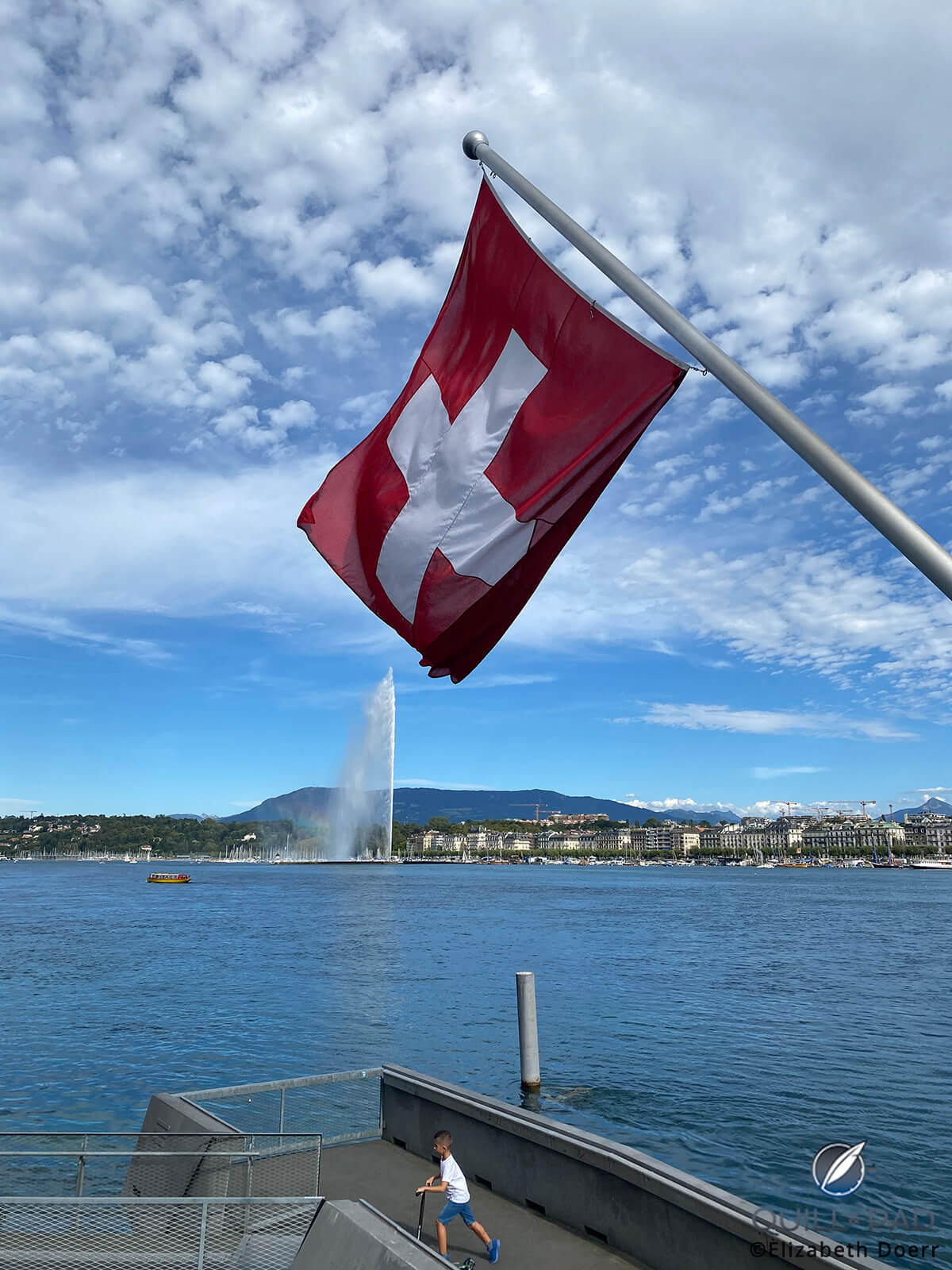 The internet influences the luxury market

The internet’s interplay with the luxury market has not been fully assessed, but also plays a significant role here. Twenty years ago, watch companies were wary of the internet, and many believed that a customer had to see the actual watch and try it on in person. They were fixed in old-school ways and protecting their dealer networks.

That sometimes is the case today, but the internet has changed buying patterns. Some companies now sell online: a few directly, many through newly established boutiques and also as some of their dealers do. Importantly, the internet has allowed a deep and broad secondary market to develop, especially given relatively large price markups. Online logistics and information have fueled a bonanza. Watches now are accessible to buyers not in major cities. Everyone can learn product details and pricing information via the internet. And with additional stay-at-home time, plus the disadvantage of being stuck inside to avoid a virus, a buying explosion occurred.

It might be tulip mania, but I suspect these dealers – the ones manipulating buyers and the market – will have every incentive to continue. In fact, there are many more of them than there used to be, and in a petty sense some are very clever. They’ve been survivors and have found a new milieu to exploit. It never makes sense to reminisce about the good old days, but this combination of dealer greed plus scarcity and surging demand, all fueled in part by the internet, has taken a lot of enjoyment out of watch buying.

It would be incumbent upon major watch companies, especially the famous manufacturers located in Switzerland, to address these issues better than they have. Some of them, I believe, enjoy this scarcity, which they believe makes their luxury products more desirable. That’s short-term thinking, and it may come back to haunt some. Fortunately, a few Swiss watch companies do not act this way.

Some people have proposed a free-market solution: that dealers should price their wares at whatever price they’d like. While that might solve a shortage problem, it raises numerous other issues that consistent pricing has historically resolved. It also ignores the role of company-owned boutiques, direct sales, and disgruntled consumers who discover they have significantly overpaid compared to others. It’s a good way to solve one problem and create others, at least in a world without perfect knowledge and communication.

Moreover, it’s not just an issue involving some dealers and unauthorized resellers. In my opinion, many of the best-known brands have become the most difficult to deal with, including those requiring headquarters’ approval for some purchases or review lists of prior purchases. Or companies that change from a steel limited production model watch to a titanium one at almost double the retail price.

Imagine the corporate meetings in which these allocation or pricing issues are discussed. They seem to be justified in the minds of executives as ways to “reward” apparently loyal customers at the great expense of interested newcomers. It might appear as a logical step but ultimately it might be detrimental to consumers and potentially lethal to the entire luxury watch industry.

There is no simple solution here. But if management always begins from “top down” then watch companies must lead the way. They must develop better tools to deal with maverick dealers and opportunistic resellers. They need to develop consistent and logical policies, especially on pricing and distribution, that serve everyone and will continue to do so in the long run.

That’s not an easy task, but it is time to start.

Michael Friedberg has been collecting watches for close to 30 years. For 20 years, he helped a major Swiss watch company with its consumer marketing, including assisting in the development of a collector internet forum and subsequently writing numerous articles about its watches.

Mixing Money And Watches: A Collector’s Lament On The Current State Of Our Hobby

Flipping Watches: How To Eliminate Both Flipping And The Gray Market