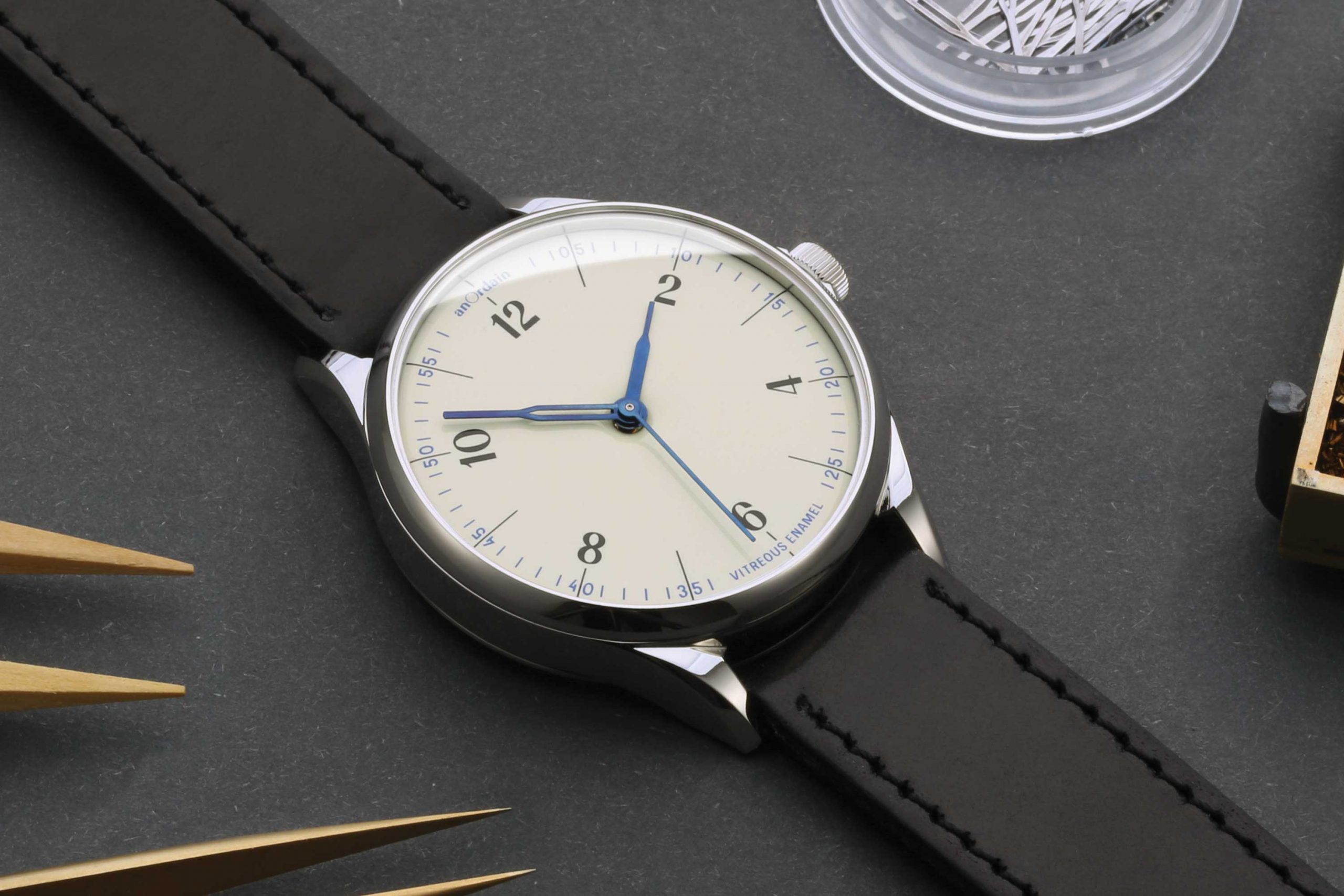 What has been your biggest achievement?

Establishing a sustainable watch company doing meaningful manufacturing in the UK with a bright future! That’s what it comes down to for me.

We try not to look at other watch companies too much. There’s some lovely stuff out there, but you take it in, and it can come out subconsciously when you’re designing. A lot of our inspiration is from other areas like typography, but I will say there’s a shared admiration for early Breguet pocket watches in the studio. The dials are phenomenal both in detail and execution.

Is British watchmaking important on the global stage?

To some people it may be, but to the vast majority, no. People use the term British watchmaking a lot now, but it tends to be companies who don’t really do anything here, who are making a noise about it. In the UK today, those doing meaningful work produce a few hundred pieces a year combined. You have the Struthers, Charles Frodsham, Garrick, us and, of course, R.W. Smith on the Isle of Man. And Bremont — but there’s so much marketing there that I’m not sure what they actually do. Other than that, you have a lot of watch companies who have everything made abroad, and some do and some don’t assemble here and base their marketing around British design, or a desire to make things here in the future.

The reality, and the issue, is that there is no infrastructure in the UK for watchmaking. If you want a machine delivered or serviced, you need to go to Switzerland or the EU. If you want people, you import them. If you need parts, they’re imported. COVID and Brexit made that significantly harder.

I feel as if we’re part of the very embryonic start of changing that. We’ve bought machines from one watch company here and supplied dials to another. If we’ve problems, some of the people I’ll call are in the companies I’ve mentioned. You can just about imagine that as one of the first, fragile green shoots of a potential ecosystem. But they are emerging within what is very much a barren wasteland here in the UK. No amount of Spitfires and flag waving will change the reality of that.

I can get frustrated at people going on about British watchmaking, partly for the reasons I’ve mentioned, but also because none of us do it for any nationalistic reason; it’s because we know making watches in-house produces better results than outsourcing. We’ve some great parts suppliers on the Continent, and we’re always going to choose partners based on quality and attitude, so for us Britishness doesn’t come into it. Actually, I’d probably be more inclined to work with suppliers in Europe since Brexit, if only to make myself feel better about it. And there have definitely been days post-Brexit when the customs gods were against us and the idea of relocating to somewhere warm with decent food was very appealing!