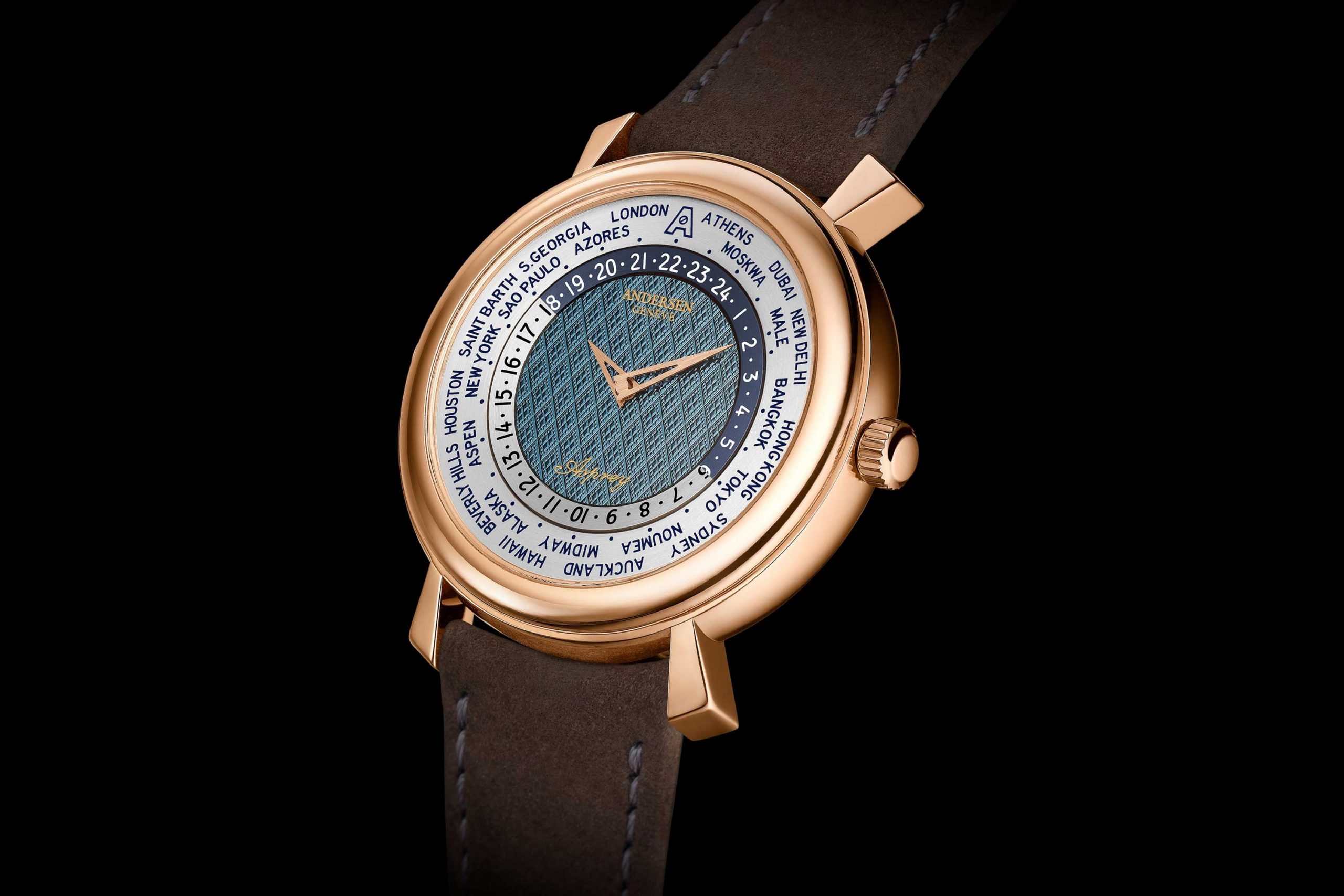 The legendary British luxury retailer, Asprey is a salient name in two disparate sectors of watchmaking. The first being vintage which includes double-signed watches such as the Patek Philippe ref. 2499 and Audemars Piguet 25654PT, both of which have set records at auctions for the references, along with the Khanjar watches from the likes of Patek Philippe and Rolex commissioned by the Sultan of Oman. The second is independent watchmaking, having given watchmakers such as F.P. Journe and Roger Dubuis a kickstart early in their careers. Today, it revives the tradition of double-signed watches with a limited-edition dual-crown world timer by Andersen Genève.

Best known as a pioneering independent watchmaker who co-founded the Académie Horlogère des Créateurs Indépendants (AHCI), Svend Andersen has been specializing in bespoke watches since he established Andersen Genève in 1979. Now in his fourth decade of business, Andersen is well known for mastering dial-side complications such as the jumping hours, the monumental secular perpetual calendar, as well as the Louis Cottier world time system. Having spent nearly a decade working in the Grand Complications workshop of Patek Philippe in the 1970s, Andersen developed an expertise in Cottier’s scenic and elegant solution to displaying the world’s time and went on to produce his first world time watches in 1989. Since then, they have been part of the catalogue in a variety of forms.