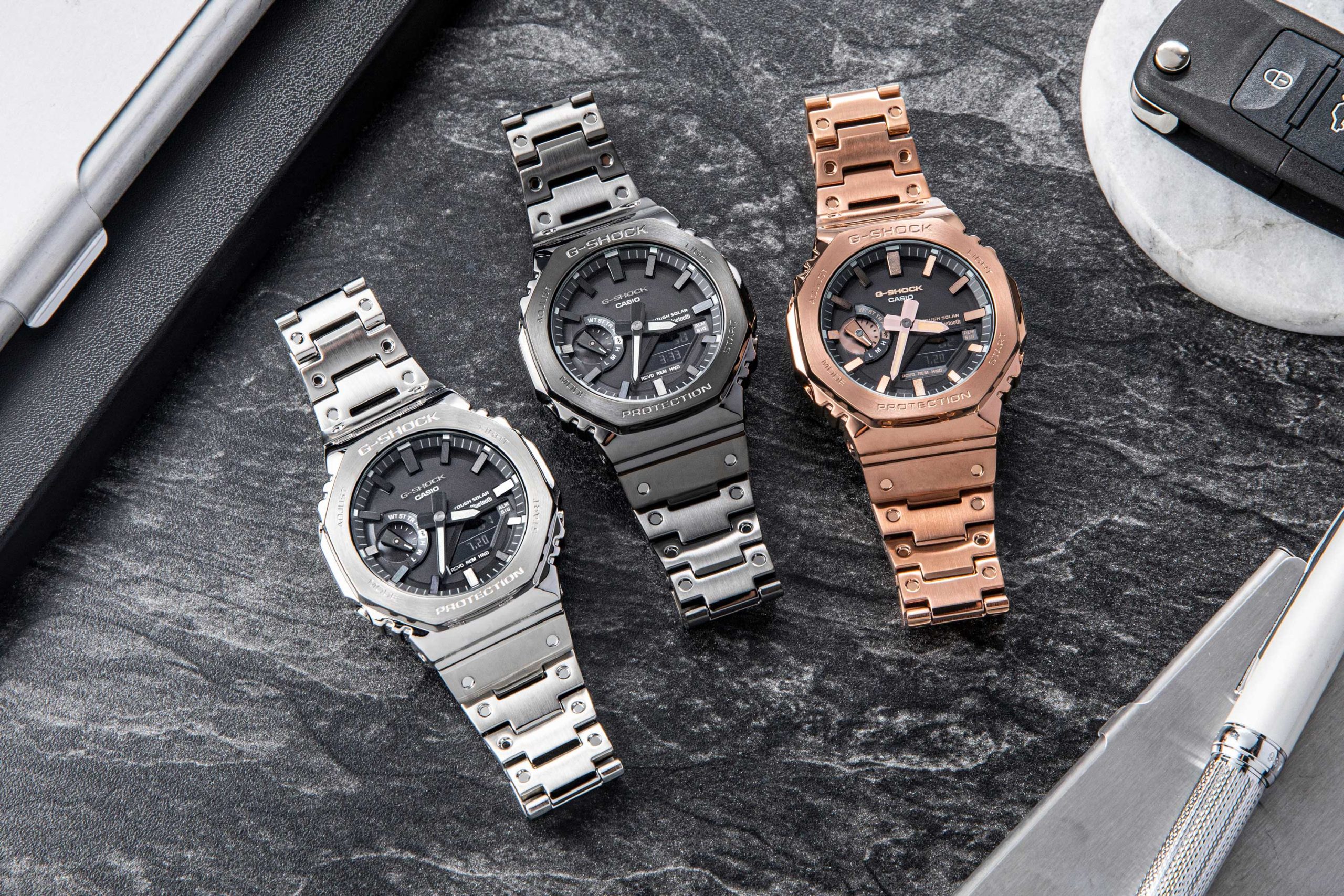 Another series of full-metal watches, the GMW-B5000 series was warmly received when it was released, to the point where it became a highly sought-after collection that was difficult to obtain.

Many mechanical watch aficionados who have had their reservations about collecting quartz watches will be won over by the Casio G-SHOCK GM-B2100. Examine this watch close-up to enjoy its alluring finishes. You’ll love the intricacy of the round hairline finish applied to its top surfaces, which beautifully contrasts the mirror finish applied to this watch’s slanted surfaces. This juxtaposition is thoroughly scintillating when admired at different angles.

Not your 1980s or ’90s G-SHOCK, the GM-B2100 packs numerous useful functions into a fairly light and slim watch that can confidently take a hit and keep on ticking. An important milestone for G-SHOCK, the GM-B2100 is destined to go down in the annals of Casio history as a future legend. It’s very rugged and unique, yet accessible, which is why I’d recommend this watch to everyone, and not just fans of G-SHOCK.