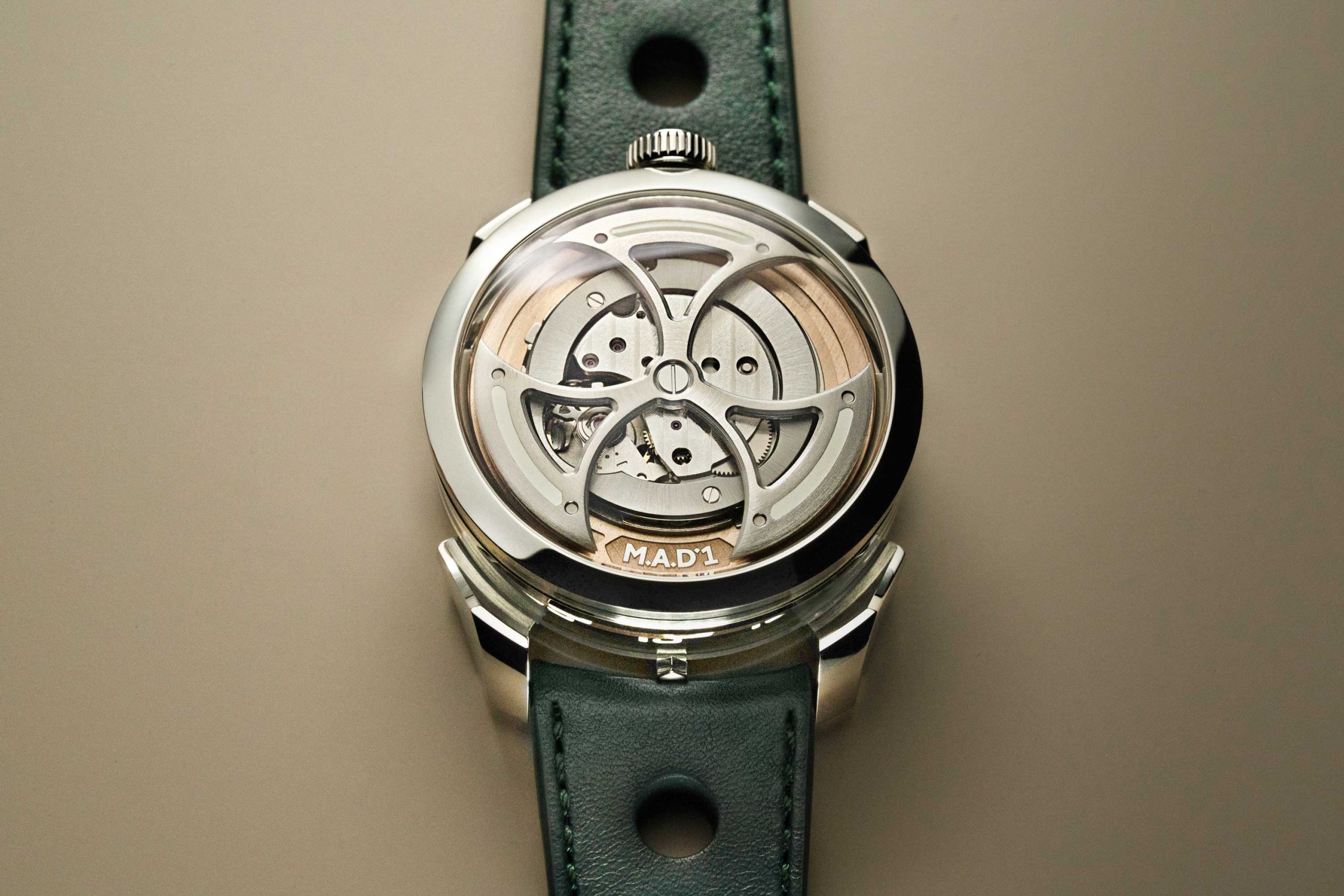 GMT, instead, refers to Great Masters of Time, a series of boutiques or “concept” stores in Italy consisting (mostly) of high-end independent brands. The GMT was created by the Corvo family, who are friends of Mr Büsser even before he founded MB&F. In fact, the relationship dates back to 1992 when Mr Büsser was the product manager at Jaeger-LeCoultre, where he consulted Giorgio and Michele Corvo, the distributor of JLC in Italy, for future development. The Corvo family later sold Harry Winston Opus watches initiated by Max, and of course the MB&F pieces starting 2007, the year the HM1 was launched.

This year marks the 30th year since the beginning of the friendship between Mr Büsser and the Corvo family, and to celebrate that, the watchmaker has introduced a special M.A.D.1 that’s limited to 30 pieces. The GMT Milano Edition is identical to the red, and pink versions save for its livery. Instead of contemporary colours, the GMT gets a classic “salmon” dial achieved via gold plating. It’s unusual to have traditional colours on a futuristic watch, but here it just works.

William Fèvre Chablis: Finally Getting The Love It Deserves?