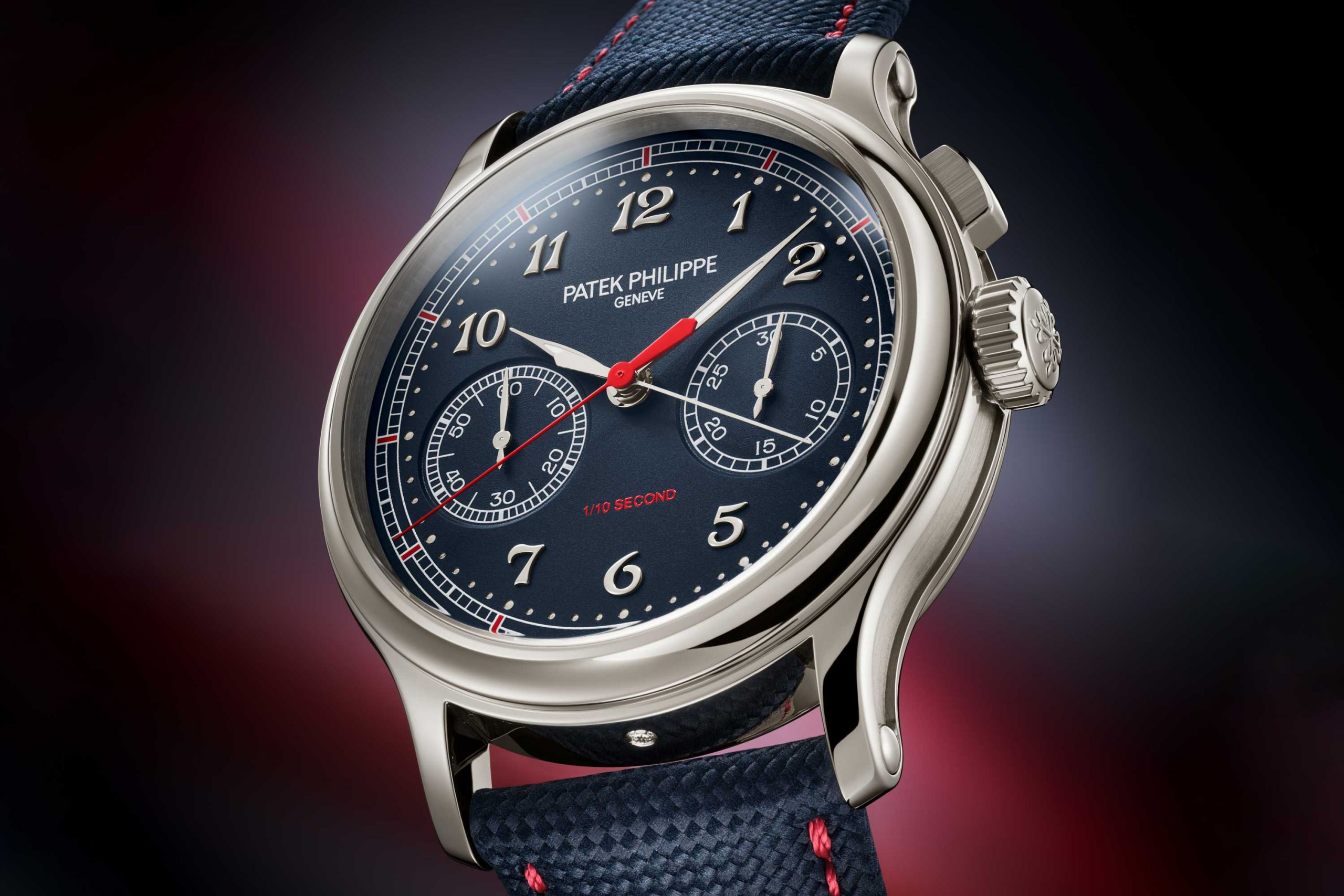 Given the inherent disadvantages of a horizontal clutch mechanism, particularly the sudden, imperfect mating of the clutch wheel and chronograph seconds wheel, the potential pitfall of such a construction is twofold as more wheels naturally mean more inertia and backlash. To avoid this, Patek designed a special driving wheel for the 1/10th second mechanism that is made up of two stacked gears – a lower wheel with conventional spokes and an upper wheel with flexible spokes. The latter is made possible with the use of a micro-electro-mechanical system known as LIGA (the German acronym for Lithographie, Galvanoformung, Abformung) – a process that allows for extremely precise fabrication. The flexible wheel is offset from the conventional wheel. As the latter rotates, the flexibility of the LIGA wheel enables it to compensate when the lower wheel slips, thereby removing play and preventing the 1/10th second hand from jittering.

As with a traditional chronograph, this drive wheel is in constant contact with a clutch wheel, which is characterized by serpentine spokes that are rounded and polished. When the chronograph is activated, the clutch wheel pivots to engage a pinion in the middle. With a diameter of just 1.469 mm, this pinion was micro-toothed with 136 teeth, making one revolution in 12 seconds.

Additionally, Patek Philippe developed two patented mechanisms to ensure a smooth and constant engagement in the event of a shock. The first is a shock absorber hook that would secure the clutch lever in its position as the chronograph runs. It engages with hooks on a shock absorber cap over the column wheel. The second is a “Pendulum” shock absorber lever with an integrated pre-tensioning spring. The latter was designed with a strategic center of gravity so that it shifts the clutch wheel horizontally until it meshes with the pinion regardless the direction of shock.

Why I Bought It: Timex Marlin Re-edition – Reprise