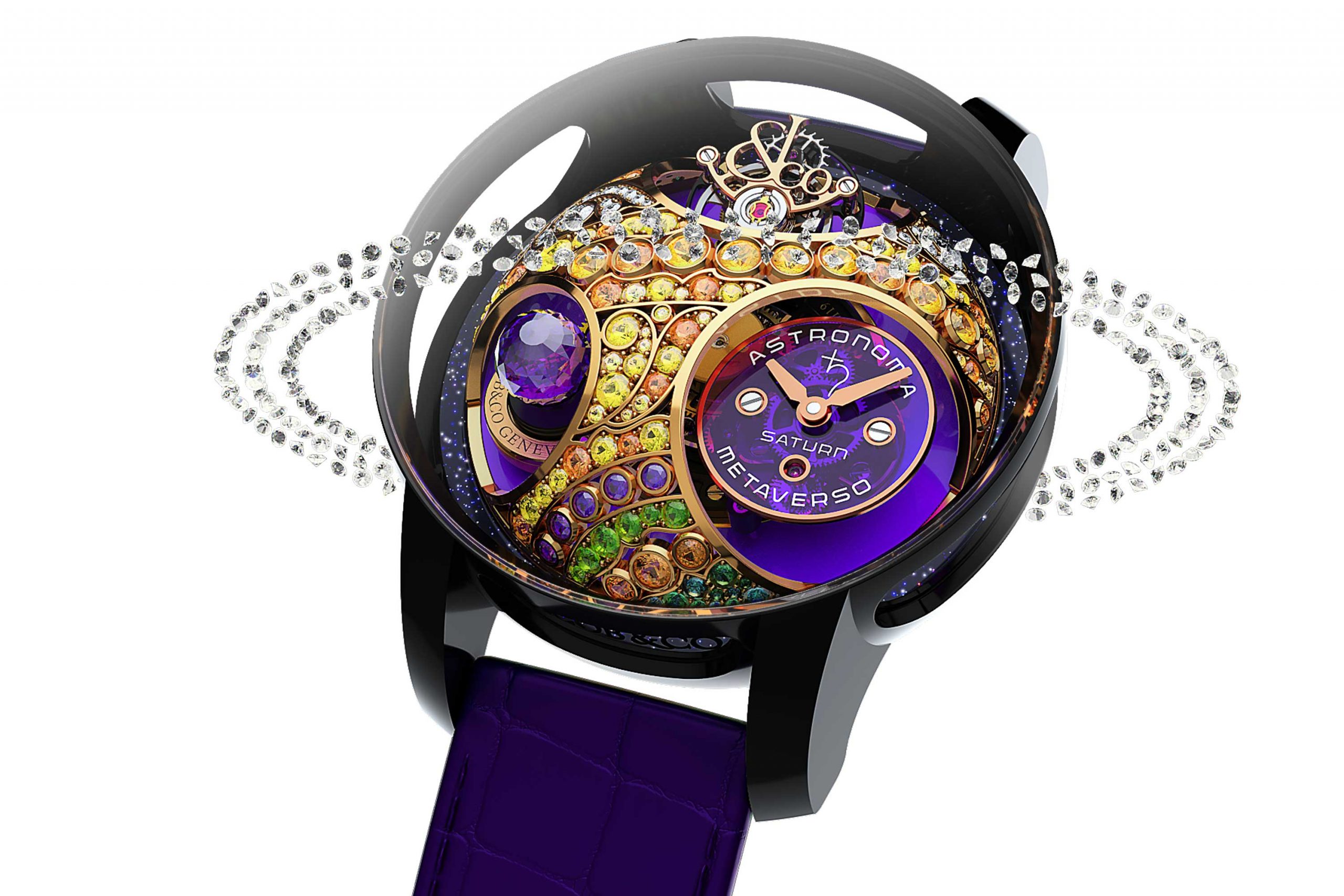 Jacob Arabo was the man behind the plan, personally designing all eight of the physical and digital editions of the watch. Only the first five planets closest to the sun will have an accompanying physical watch as well as a digital version, while the final three will be in digital/NFT form only. All editions, however, are accompanied by “powers” that come in handy in both the present and future worlds of Jacob and Co. clients.

Every accompanying NFT to the watches in the Astronomia Metaverso collection will be joined by member benefits and exclusive privileges such as access to any future NFT digital activations. Every version will be accompanied by original NFT artwork, including renderings of the watch available in high-resolution as well as a digital timepiece that is set to function as a clock. The digital-only offerings for Saturn, Uranus and Neptune will also feature multiple variant designs. For the five planets that will have associated physical watches (Mercury, Venus, Earth, Mars, Jupiter), the owners should expect the same meticulous craftsmanship and quality present in all of Jacob & Co.’s luxury timepieces.

De Bethune: Inside the Manufacture