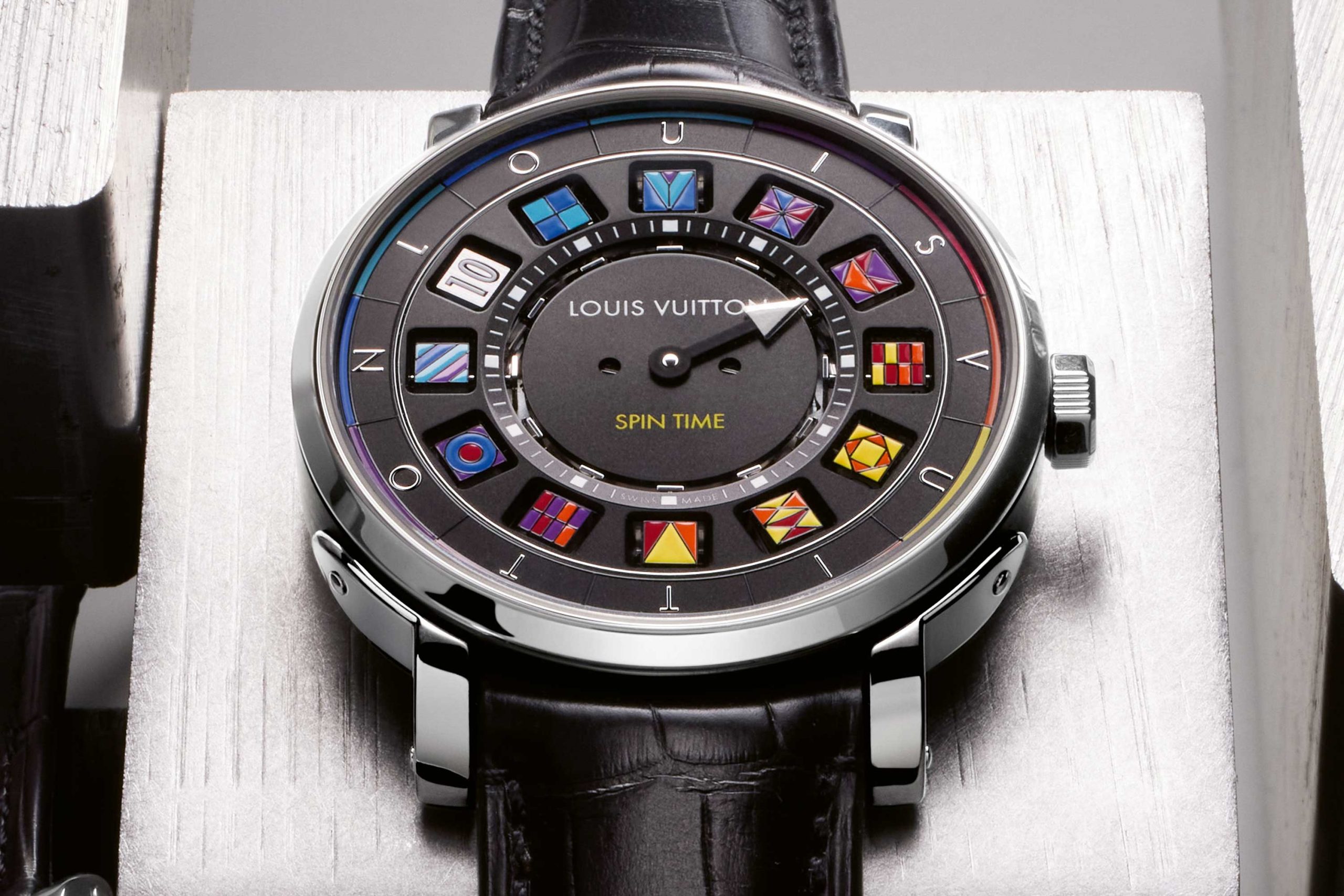 Unlike the traditional clock with hour and minute hands that sweep the dial, a jumping hour display creates a dramatic presentation of time with an aperture that jumps from one hour to the next at the 60-minute mark. This complication is also referred to as direct read, wandering minute or digital display, and is a popular way to get playful with the display of time.

The very first known jump movement was created by French clockmaker Blondeau for a watch timepiece he crafted for the King of France, Louis Philippe I, at the beginning of his reign in 1830. The idea was explored further by Austrian engineer Josef Pallweber for his pocket watches at the end of the 19th century. He patented his jumping hour designs between 1882 and 1887, and paved the way for semi-mass production.

Pallweber’s patent allowed watchmakers to license the design, and companies like IWC and Cortebert were creating designs for jumping hour wristwatches that would gain popularity around the 1920s in beautiful Art Deco styles. In the 1960s and ’70s, jumping hour watches would make a big comeback as a cheaper alternative to the early digital watches that were beginning to make waves.

Jumping hour watches are gaining popularity with collectors recently as watches with a unique character and unusual design. Louis Vuitton has been mastering the complication for over a decade with their own line of in-house movements for a series of watches called the Spin Time collection. The mastery displayed in creating the Spin Time caliber surprised the industry with Louis Vuitton’s inventiveness and creativity.

In 2009, Louis Vuitton approached the jumping hour design with an innovative new take on the concept. Rather than the usual aperture that displayed the hour, the Tambour Spin Time created a unique and playful display. Traditional index points exist around the dial, but each number is actually a decorated cube that will spin via Maltese crosses to reveal the hour as the jumping hour complication activates with each full turn of the minute hand.