Moser’s Decade-Long Journey to The Rainbow 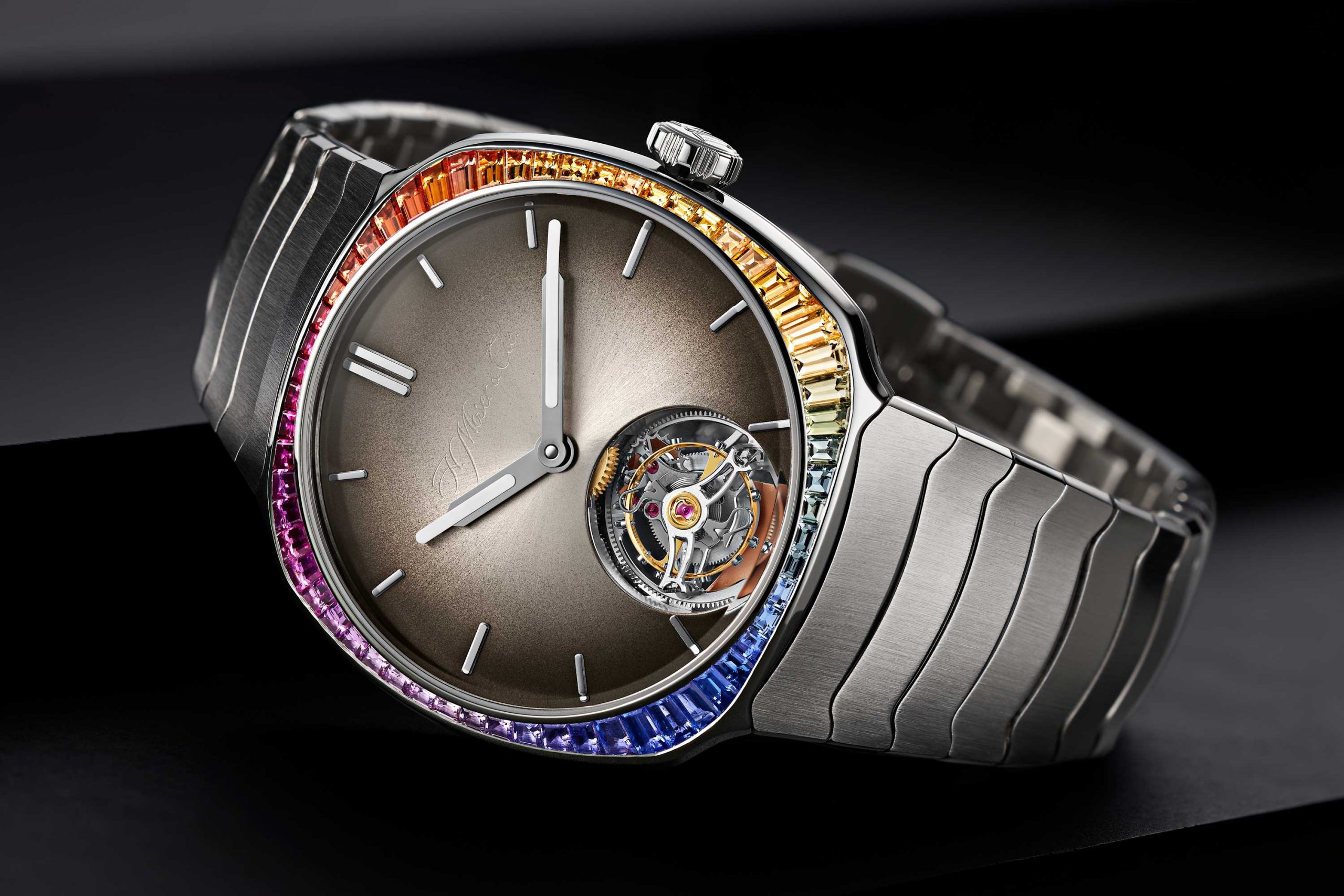 I don’t need to go over old ground, as we are all reasonably familiar with the H Moser & Cie story. It’s genesis in 1828, when the brand was founded by Heinrich Moser in Russia, was followed over by a century of watchmaking before being revived in 2005 by Heinrich Moser’s great grandson Roger Nicholas Balsige and Dr. Jürgen Lange. Seven short years later, however, the brand was in dire straits with a back-breaking deficit and on the cusp of bankruptcy. It isn’t easy to cast one’s mind back to the early twenty-tens, but at that time, brand recognition was at an all-time low.

Into the frame steps the Meyer family, the owners of the MELB independent Swiss family group, who saw an opportunity to revive the once illustrious brand. What it lacked in sales, the brand more than made up for with its assets; a fully integrated manufacture that had been built on over a century of fine watchmaking. Under the leadership of Edouard Meylan, a man familiar to us all as an affable yet focused CEO, the brand has become a serious player and has carved out its own niche in the haute horology sector. Says Melan about the buyout, “The idea was to draw on what had already been done well – and there were lots of good things – and to further improve this by adding a bit of our own personality. Respecting the past but incorporating a contemporary and occasionally irreverent edge“.

It’s this latter point that’s fascinating to me. There is no arguing that Moser is taken seriously in the industry. The original Streamliner took a prize at the 2020 GPHG and if you’ve seen Moser’s signature fumé dials, you know they mean business. Whilst the industry takes Moser seriously, Meyer et al don’t. Or at least they do, but they can also enjoy a bit of fun in a way that many such entities couldn’t. This has been demonstrated on a number of occasions, including the multi-homage Swiss Icons Watch, the swiss cheese cased Swiss Mad watch and the highly irreverent Swiss Alp Watch. They’ve achieved a lot in 10 years. But let’s talk about the latest Streamliner.

Why December 7 Plays A Vital Role In A. Lange & Söhne’s History – Reprise