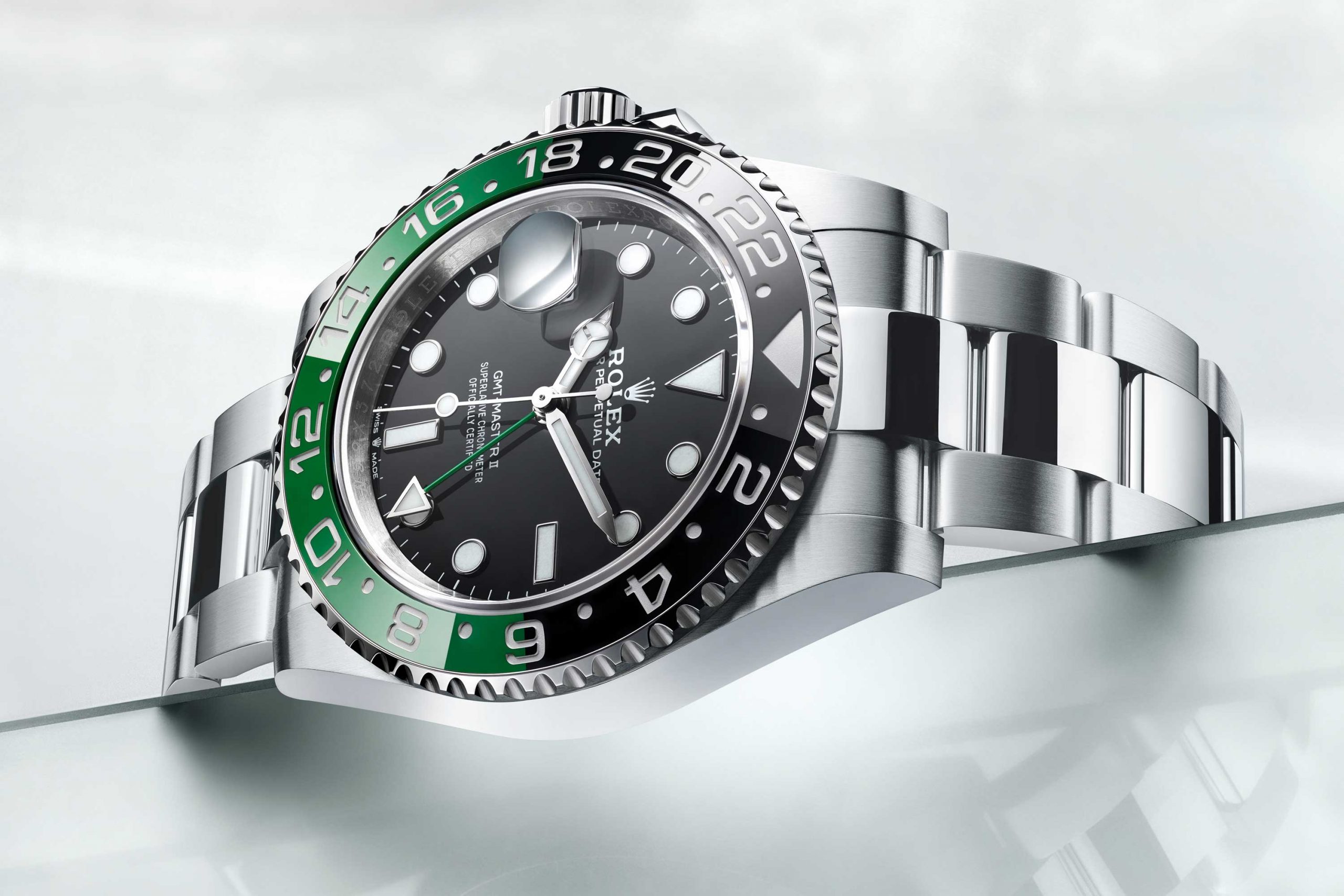 There is a story that I remember hearing or reading over a decade ago regarding the original intention for the Yacht-Master. I can’t verify this, but it seems legitimate. The maybe-tall tale involves a proposed redesign of the mighty Submariner at the end of the 1980s, to give the Sub a refresh. And so a new case design that flowed a little more fluidly was designed with a new bezel and other updates to the then almost four-decade old dive watch. However, the new watch was seen as something beautiful, and so it was decided that it would be a new line: the Yacht-Master, which first appeared in 1992 in yellow gold as reference 16628. In 1994, the two-tone reference 16623 was launched and then the steel watch with platinum bezel and dial was unveiled in 1997.

The most eye-catching Yacht-Master this year is a new gem-set white gold model, with diamond-set case and diamond and sapphire bezel. Following on from the so-called Tutti-Fruity colored sapphire bezel Everose Yacht-Master, there is a new kid in town in the form of the reference 126679 SABR, a new Yacht-Master 40. The bezel is set with set with eight trapeze-cut diamonds (approx. 0.92 carats), 32 trapeze-cut sapphires — eight pink, eight light blue, eight purple and eight dark blue — (approx. 4.27 carats) and one triangular diamond (approx. 0.15 carats) at 12 o’clock. The watch is also available with a full pavé dial… is there a better watch for summer?