There’s a saying (in English) that everything sounds better in French. The language simply gives the most ordinary words a sense of sophistication.

This also goes for the name of the Piaget Rectangle à l’Ancienne, which in plain English would be called an “old-fashioned rectangle.” This description is a bit blunt, though, as the watch is much more than that; it is a timepiece that represents the essence of Piaget exquisitely. 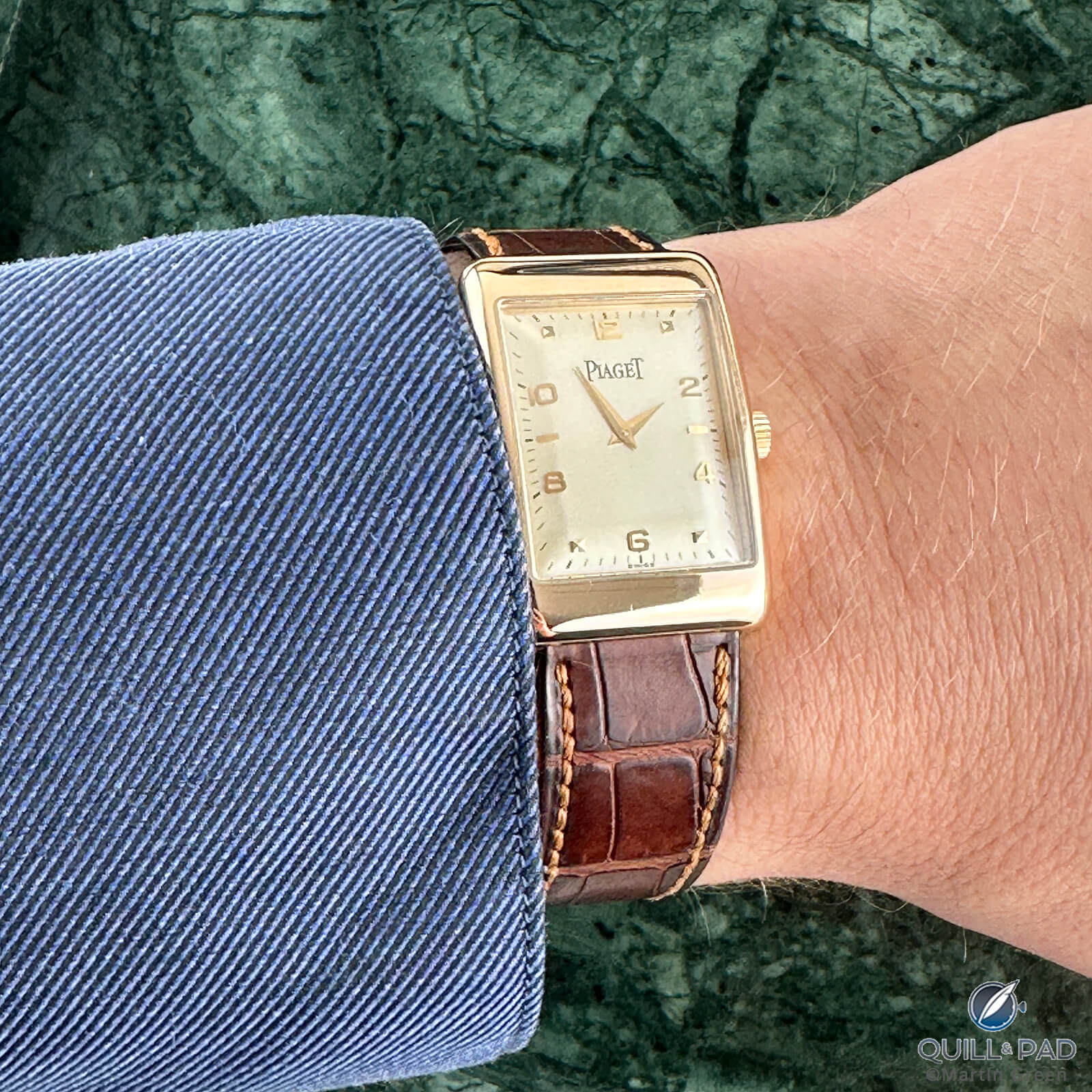 It has elegant lines that show a sense of class without drawing a lot of attention, its size is modest, and the design is clean. At a height just under 6.4 mm, the Rectangle à l’Ancienne is not as thin as one might expect from a Piaget. This is even more surprising when you realize that it is powered by Caliber 9P2, one of the brand’s ultra-thin movements.

However, this watch is exactly why Piaget got into producing this demanding type of caliber in the first place. 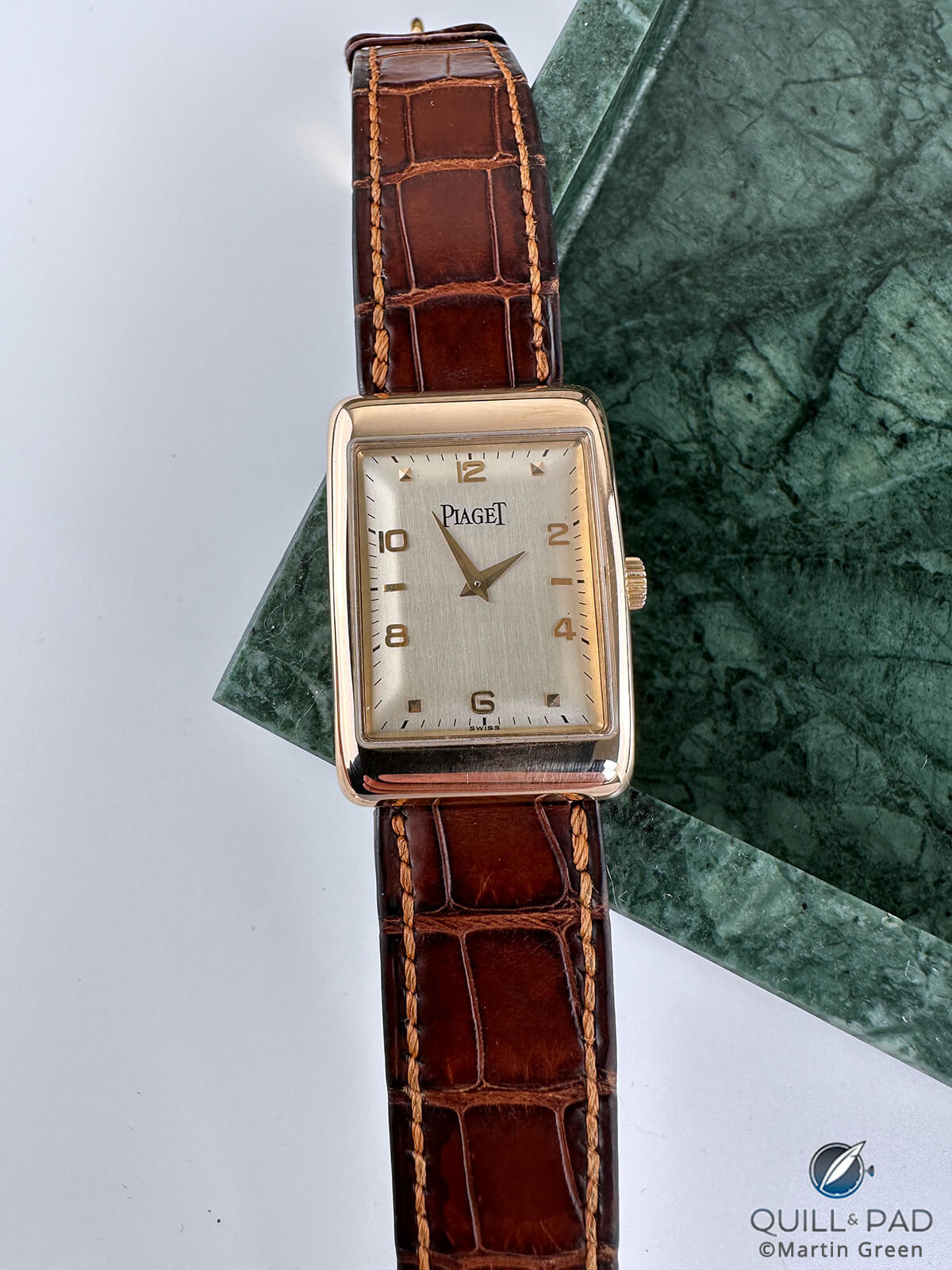 A case of Caliber 9P

It was at Baselworld 1957 that the brand launched Caliber 9P. This manually wound movement was only 2 mm thin, an unheard-of achievement at the time. From personal experience, I learned that this is not even the greatest accomplishment of the movement, which is its reliability and robustness, two things usually not attributed to ultra-thin movements, particularly not in those days.

Piaget thought it could improve even further upon this reliability, which eventually resulted in Caliber 9P2, which we also find here in the Rectangle à l’Ancienne. The overall height of the movement was increased by 0.15 mm to make it even more robust, along with some other technical changes. It became a movement that Piaget used for decades to come.

One of the reasons why Piaget was interested in making its movements as small and thin as possible was because it provided the brand with artistic freedom. As the size of the movement didn’t dictate the size of the watch, the designers could make pretty much whatever they wanted. And at Piaget that was precisely what they did.

In the 1960s and 1970s, it wasn’t out of the ordinary for Piaget to have several hundred (!!) different references in the catalog. There were no bounds on creativity, but the vast majority of the models exhibited that sophisticated chic that the Rectangle à l’Ancienne possesses. 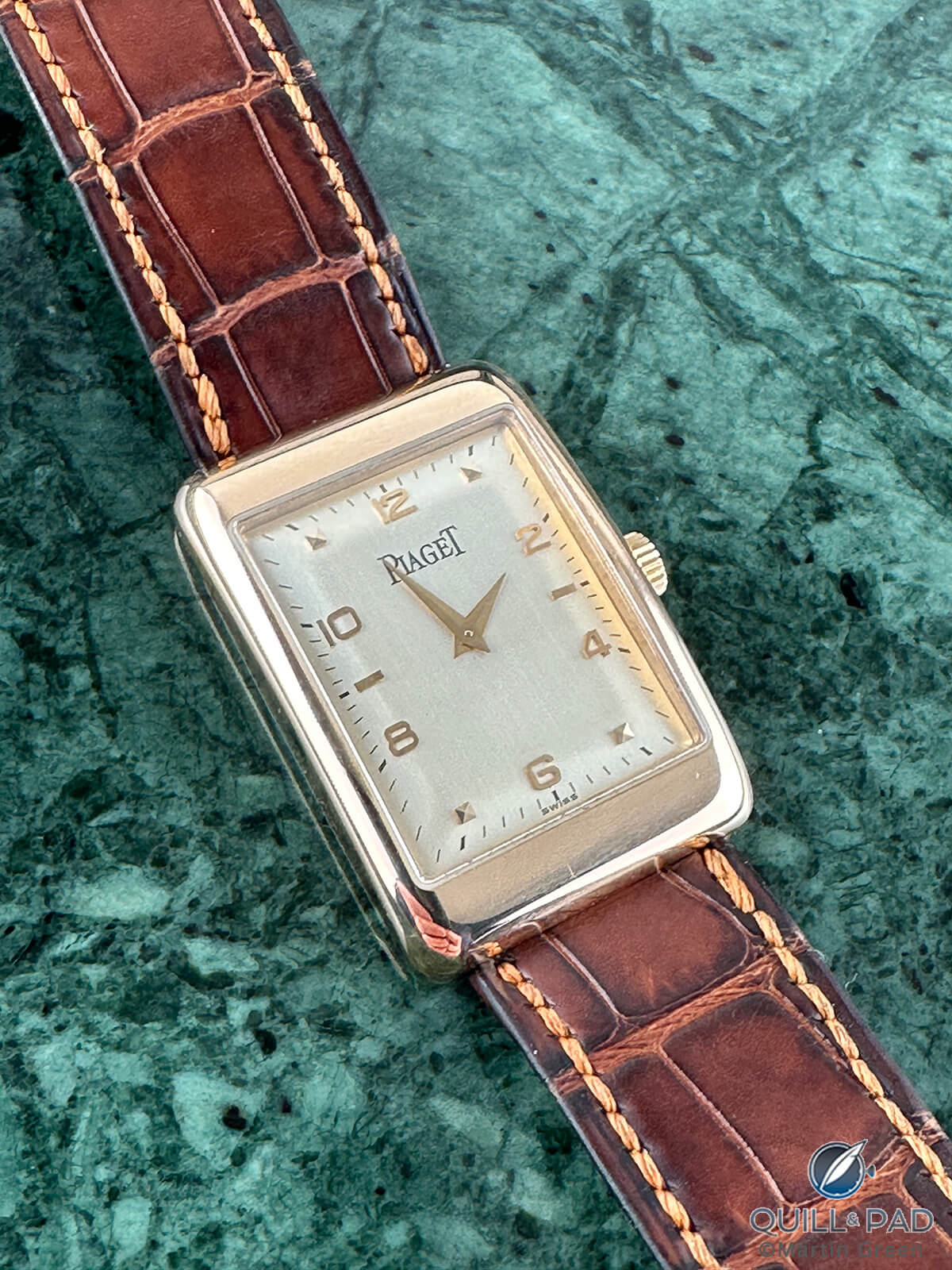 The rectangular shape of the Rectangle à l’Ancienne is further emphasized by the fact that it has no lugs. The strap is attached underneath the case, which makes it look more contemporary than its name indicates. The dial is where Piaget’s designers took full advantage of the ultra-thin movement as it is rectangular in the middle but curves deeply into the case at the edges. 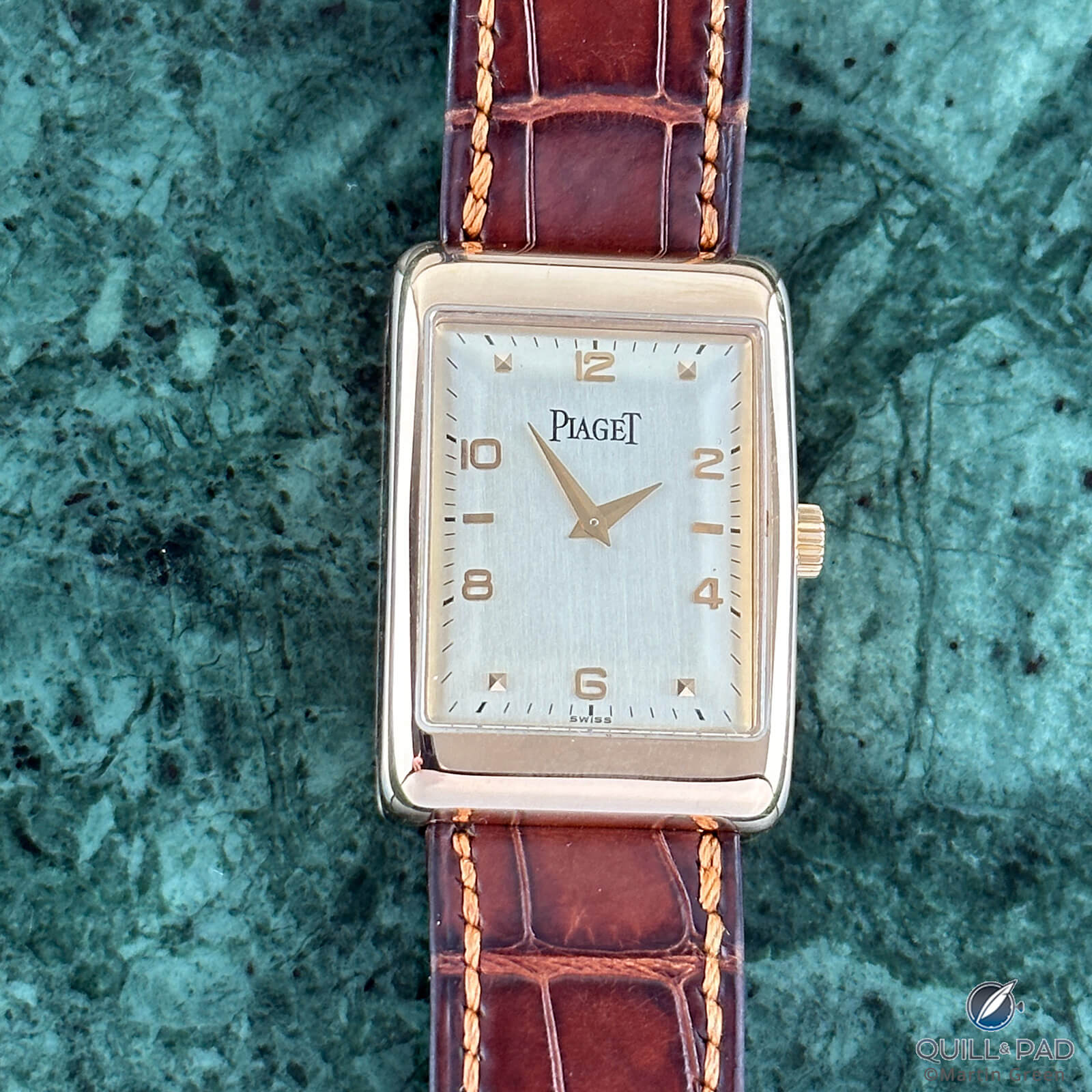 Thick gold numerals and hour markers add even more depth, assisted by the minute marks printed in black. It is visually a beautiful watch, yet in a sense also understated.

This particular Rectangle à l’Ancienne is crafted in pink gold (this model was also available in yellow and white gold). Normally I consider this color a bit flashy, but on this Piaget the warm tone works wonders with the off-white, almost beige, dial with its refined, brushed texture. 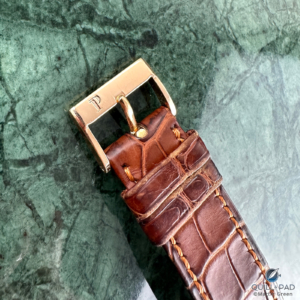 Its size is relatively modest at 24.2 x 35 mm, but its character gives it plenty of presence on the wrist.

What is surprising is the heft of the watch, which is considerable given the compact package. It is also a pleasant surprise, making the wearer more aware that they are wearing something extraordinary: a watch that isn’t thin for the sake of being thin, but rather for the sake of being sophisticated.

That also represents the essence of Piaget.

Special thanks to Tempo Rome for making the Piaget Rectangle à l’Ancienne available for this article.