The Gradual Ascent of the Bathyscaphe 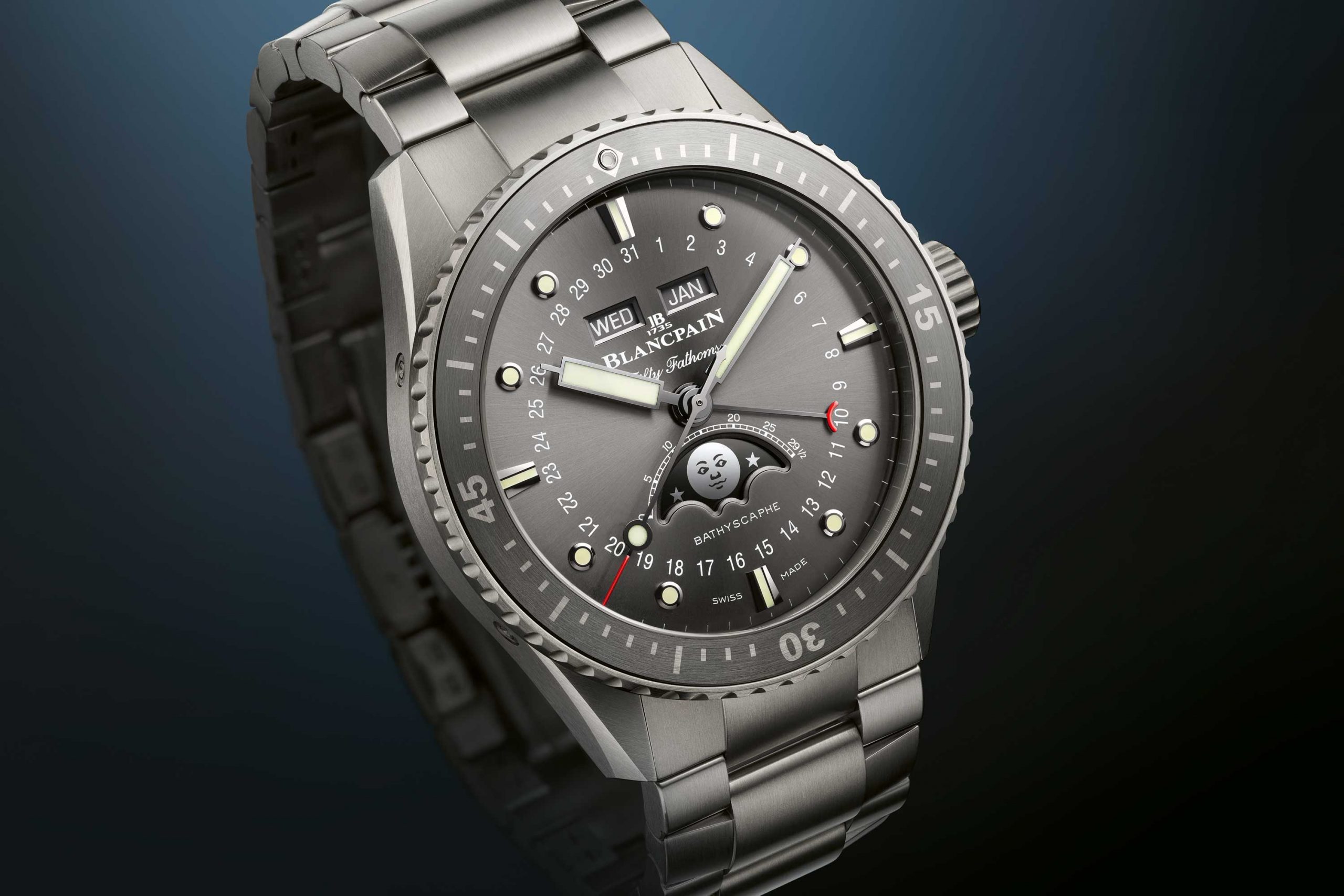 Thirdly, the Fifty Fathoms had a metallic ring that prevented the “O” ring of the screw-on caseback from becoming misaligned. Fiechter, Maloubier and Riffaud also intended for it to be automatic, as manual winding tends to wear out a watch’s crown and seals. They also equipped their invention with a soft-iron inner case that safeguarded its time-telling accuracy against the influence of magnetic fields, which might be produced by naval equipment.

Besides a large dial, the Fifty Fathoms watches also sported large, luminous numerals and markers, in the name of legibility at murky depths.

The Fifty Fathoms was water resistant to a depth of its namesake 300 feet (one fathom is six feet). This historic timepiece has since been the official watch of many military forces, from Sweden to Pakistan.

Unfortunately, the Fifty Fathoms range fell into neglect for decades. The brand debuted a Blancpain Trilogy Collection in 1997 that included the Trilogy Fifty Fathoms, but it was not until Marc A. Hayek took over as Blancpain CEO in 2002 that the brand’s dive watch category saw a resurgence.

In conjunction with the 50th anniversary of the original Fifty Fathoms, Hayek debuted a modern rendition of the Fifty Fathoms in Basel in 2003, albeit equipped with new high-tech features. Its less-durable Plexiglas was swapped out for tougher, scratch-proof sapphire that accentuated the contrast between the black dial and luminous markers. Hayek and Maloubier wowed the crowd when they demonstrated how effortless the new Fifty Fathoms’ quick-change system was; they snapped off the diving rubber strap and clipped on steel bracelets underwater at a launch event in Thailand.

After grabbing headlines with the revived Fifty Fathoms, Hayek sought to engineer a more advanced version – an endeavor planned for completion in 2004 that would stretch on till 2007. The technical marvel that Blancpain eventually debuted outperformed all preceding watches of its category. The 2007 Fifty Fathoms sported all the useful innovations that Fiechter pioneered,along with an in-house three mainspring barrel movement, a free sprung balance with inertial screwed regulation,and its caliber 1315 packed five days of power reserve. This hero watch was debuted alongside the Fifty Fathoms Chronographe Flyback that has sealed chronograph pushers and a chronograph that can be used at depth, and a flying automatic tourbillon with an eight-day power reserve. These head-turners paved the way for the eventual, highly acclaimed Bathyscaphe collection.