The Hero with a Thousand Faces: The Audemars Piguet Royal Oak 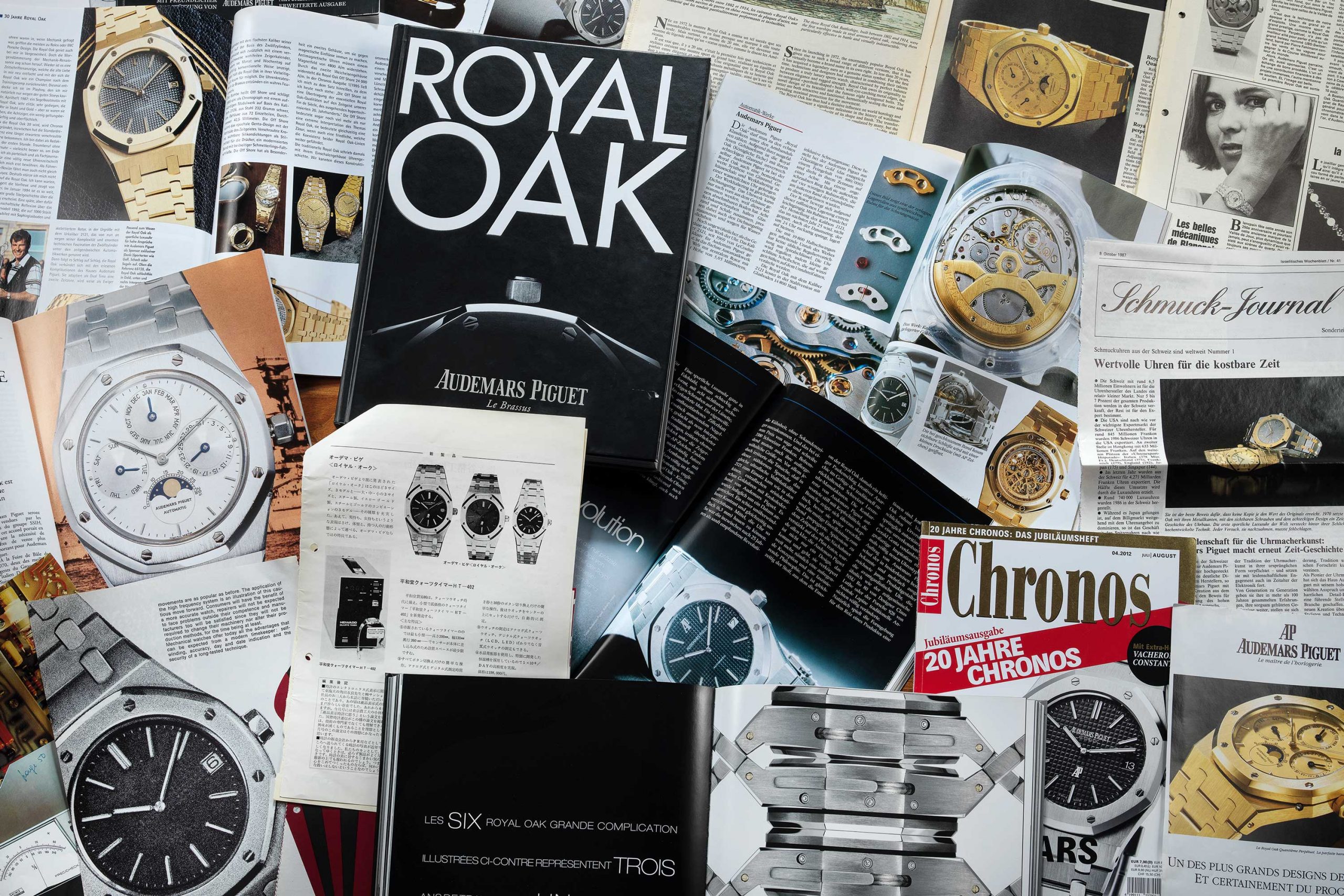 To call the Royal Oak the perfect home for the Supersonnerie is to me extremely justifiable. First, at 42mm in diameter and just 14mm in thickness, it is extraordinarily wearable. Second, it is a masterpiece of understated cool. Indeed, most people would simply mistake it for a 41mm 15500, except, of course, for the seconds subdial at six o’clock and the repeater slide at the side of the case. But both of these elements are so delicately integrated that you need to seriously look to identify them. The two models offered both a titanium case and bracelet, making them featherweights on the wrist. But press the repeater slide and suddenly space around you instantly transforms as people stop, children gasp and even small dogs freeze as the Supersonnerie enacts what can only described as sonic alchemy.

For Bennahmias, that’s the beauty of this model. “It’s so easy to wear and so discreet only you know you have the ultimate minute repeater on your wrist, and you get to choose when you want to activate it, sharing the experience with others you deem worthy or keeping it for yourself if you prefer. The thing about a Royal Oak complication is that it is always elegant.”

It seemed like a matter of predestination that the Royal Oak case would eventually become synonymous with the tourbillon. After all, it was Audemars Piguet that would first introduce the world to a serially produced wristwatch tourbillon in 1986. This watch was, from a technical perspective, one of the most significant achievements in modern horology. It was, at the time of its creation, the world’s smallest and thinnest self-winding tourbillon watch. It was engineered in an absolutely revolutionary way with the caseback of the watch acting as the movement’s mainplate to aid in slimness. For this reason, the movement’s jewels are visible on the caseback. It was the first tourbillon to use a titanium cage. Its winding system used a special hammer shaped mass. Eleven years later, the tourbillon complication made its way to the iconic Royal Oak and it was as if this complication and this case shape were created with each other in mind, such was the perfection of their synergy. Friedman explains, “1997 was an incredible year for Audemars Piguet. I was working as the curator of the National Watch & Clock Museum in Columbia, Pennsylvania, at the time, so it also happens to be the year that I became aware and interested in Audemars Piguet in ‘real time,’ not just through the historical lens! 1997 was highlighted by the introduction of the first Royal Oak Tourbillon (25831), which remains the only Royal Oak with the winding crown on the back of the watch. This amazing timepiece would set the stage for two of our most important watches today. The first is the stunning 41mm Tourbillon Extra-Thin introduced in 2012. And the second is, of course, the incredible Selfwinding Flying Tourbillon Extra-Thin RD#3 launched in 2022.”

A fitting accomplishment to mark the 50th anniversary of the Royal Oak, the new automatic flying tourbillon occupies exactly the same dimensions as its time and date sibling, the 16202, at 39mm in diameter and 8.1mm in thickness. What is clear is that the RD#3 was developed at the same time Audemars Piguet designed the caliber 7121. Its format is essentially the same and it features the same distinct hand finished and beveled bridge for the barrel. Look at the tourbillon and you’ll see the same signature uniquely shaped free sprung balance wheel that integrates the six small circular masses used to regulate it, into its aerodynamically shaped rim. As a subtle but important design detail, the balance wheel here matches the color of the steel case as opposed to the rose gold colored model in the 16202. To further aid in slimness, the tourbillon uses a flat hairspring. Also, instead of the third wheel driving the cage’s pinion, here to save height, the cage is powered by the side, which Audemars Piguet calls its “peripheral drive.” What is even more amazing is that the RD#3 flying tourbillon caliber also appears in a 37mm mid-sized Royal Oak model, released in September.

The RD#3 would not have been possible without the launch of the Royal Oak Tourbillon Extra-Thin, introduced in celebration of the Royal Oak’s 40th anniversary and which became as iconic as the original 5402. Indeed, one could imagine the watch being conceptualized at the time of the original, so perfectly has the tourbillon been integrated into the Royal Oak’s formed art design. This has everything to do with the sensitivity in terms of the placement of the tourbillon’s massive aperture that gives you a front row seat to this stunning mechanism’s kinetic performance art. The aperture, unlike that of other tourbillons, is significantly larger than the diameter of the tourbillon cage to create a sense of lightness and transparency around this device. Notice how tantalizingly close this opening comes to the cannon pinion where the Royal Oak’s famous baton shaped hands are mounted. As a sort of optical illusion, the tourbillon bridge covers the rim of the third wheel which drives the pinion of the cage, which leaves you scratching your head wondering how it receives power. At the same time, there is a wonderful restraint to the design, an almost Zen-like demeanor that is belied by the watch’s immense technical firepower. Rahman elaborates, “The tourbillon version of the Royal Oak to me epitomizes complicated elegance by only revealing what is needed to show you what’s going on inside it.” But if you look closely, you’ll see it is rife with well thought out details. The tourbillon bridge, which features slotted screws as a clin d’œil to the famous visible bezel screws, retains the tourbillon cage which rotates once on its own axis every minute, averaging the errors caused by gravity on the oscillator, hairspring and escapement.

In Conversation with Alexandre Mille, Richard Mille’s Next Generation Leadership