The Omega Watches Of Michael Phelps, The Most Successful Olympian. Ever. – Reprise

Big events are a great time to do some watch spotting.

I’m one of those people inclined to look at wrists parading by, whether it’s on the street, in a café, or on television. Nothing is more fun to me than people/wrist watching. I love to see what various people choose to wear on their wrists, even if I can’t always ask them why they chose what they did.

I am also a sports fan and I kept an eye on the 2016 Olympic Games in Rio de Janeiro. With the media and the state of sponsorships the way they are, I find such events to be a great opportunity to check out wrists.

I found four Richard Mille watches on four different athletes in Rio – one of whose belongs to gold medalist Wayde van Niekerk – which you can see in Richard Mille On 4 Athletes’ Wrists At The 2016 Rio Olympics. 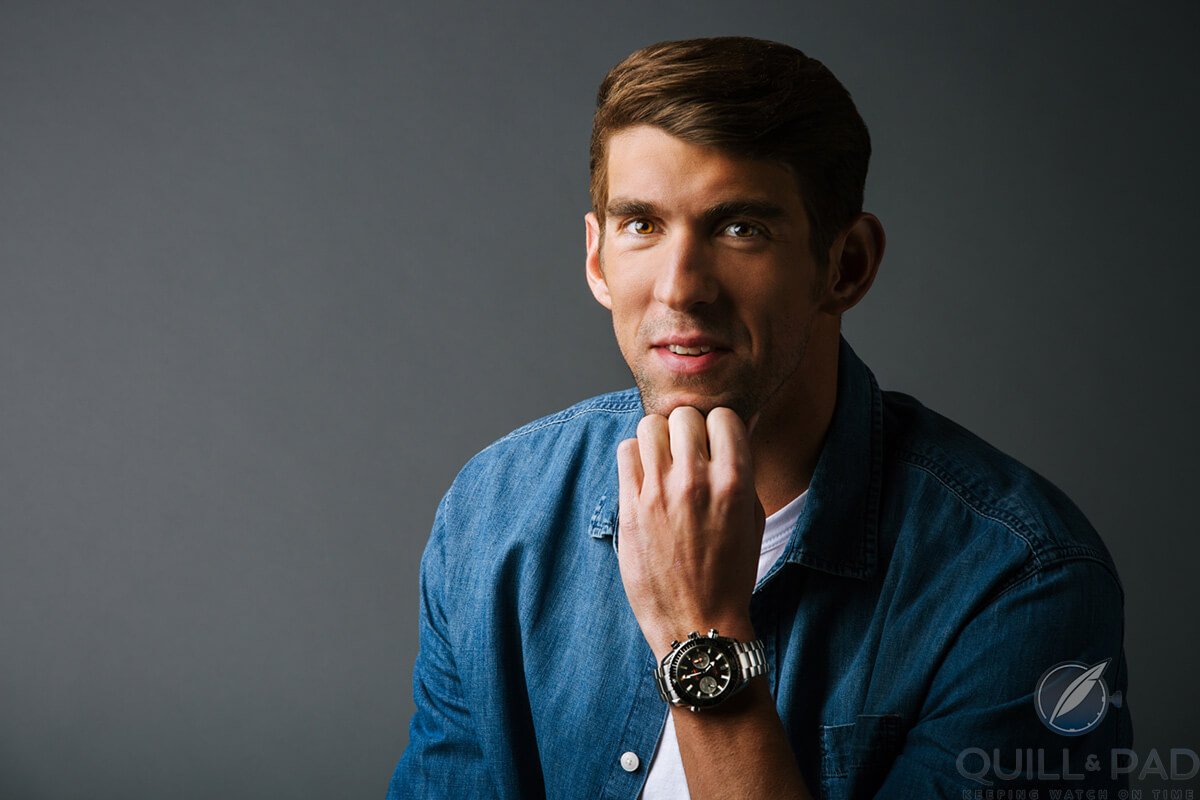 American swimmer Michael Phelps is the most decorated Olympian in history, now having won 23 gold medals and another 5 silver and bronze for a total of 28 Olympic medals over the course of four Olympic Games, an all-time record. He is also the world recorder holder in 100-meter butterfly, 200-meter butterfly, and 400-meter individual medley.

In addition, he is an Omega ambassador and has been since 2004, a longstanding partnership.

In an interview with an Omega spokesperson in August 2016, Phelps was asked, “In all of your Olympic Games, how important has Omega timekeeping been in your results?”

The six-foot-four swimmer’s answer, though expected, still seemed heartfelt to me. “I’ve had the privilege to work with some amazing companies in my life, [but] working with Omega I honestly can say is the best. We’ve spent the longest time together and they feel like a family to me. Being able to have the best timing system in the world at our events, every single year . . . we know the times are great. We know the times are perfect. There’s nobody else I’d rather be with.” 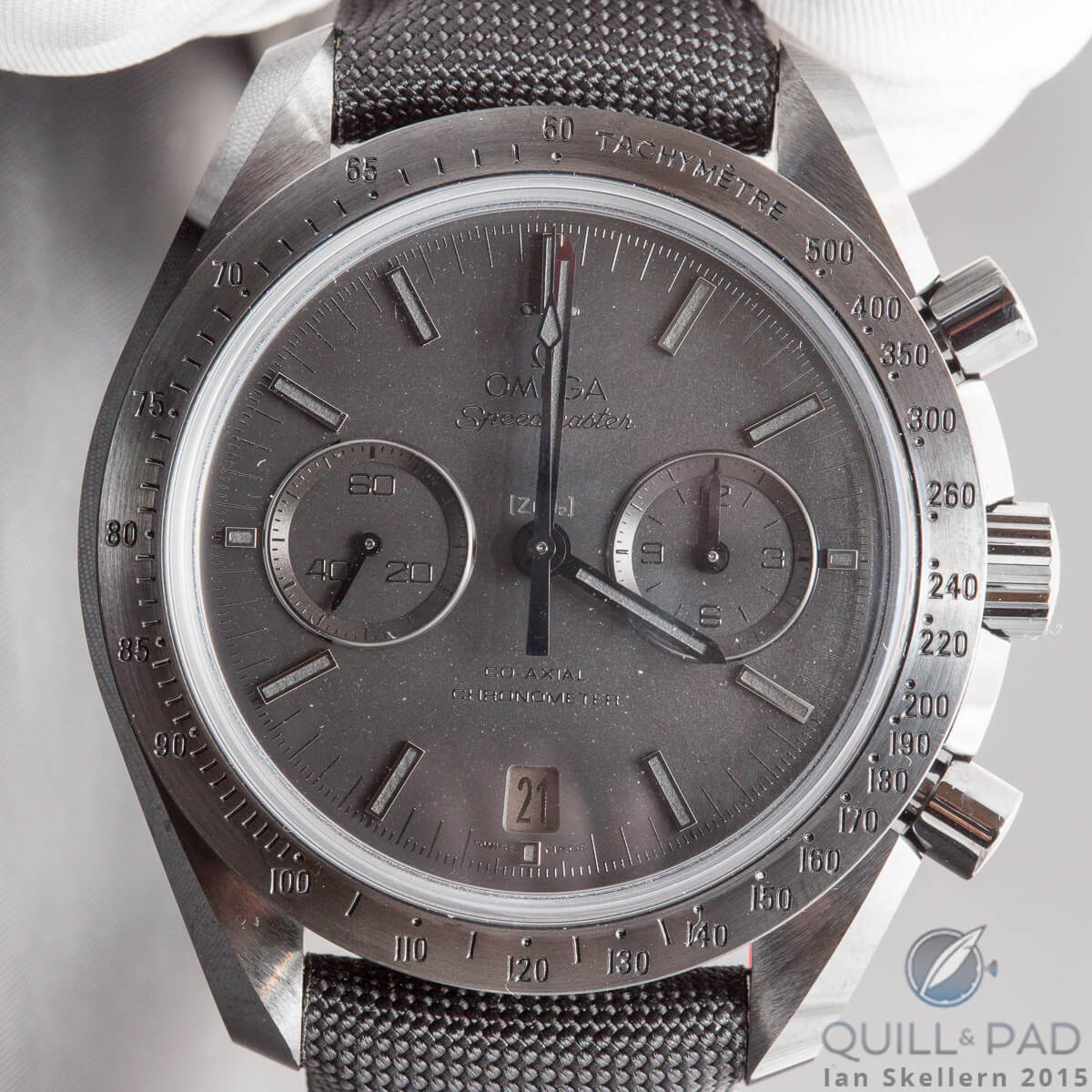 While Phelps has been seen wearing the stainless steel Omega Seamaster Planet Ocean 600 M co-axial chronograph during the Games, in another interview he mentioned that he also is very fond of the Speedmaster Dark Side of the Moon Black Black.

But it was the watch he wore to an Omega event called “Swimming Legends” that took place on August 15, 2016 at the Omega House in Rio de Janeiro that particularly caught my eye: the Seamaster Planet Ocean 600M Master Chronometer Chronograph. 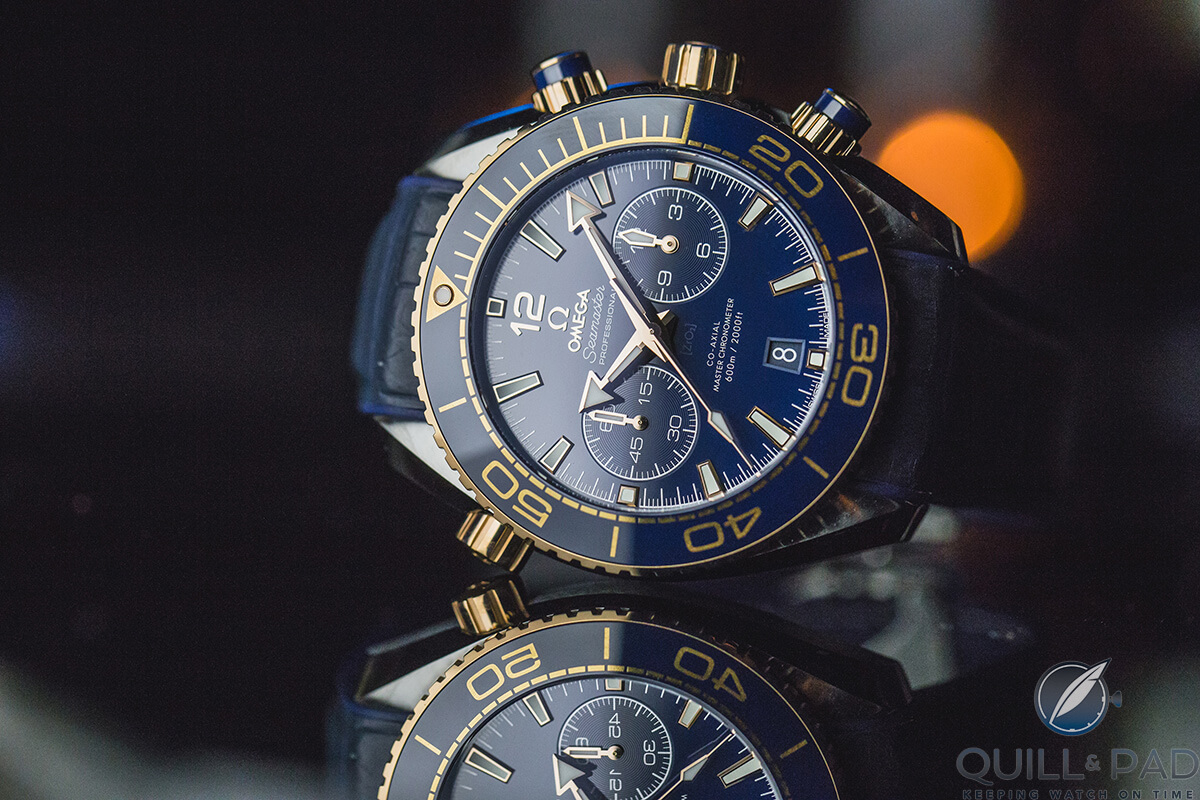 This is a new version of the Seamaster Planet Ocean 600M powered by automatic Omega Caliber 9901/9900, which is certified by Omega’s new METAS certification as a chronometer. Its co-axial escapement is joined by a free-sprung silicon balance spring. The watch is also resistant to magnetic fields up to 15,000 Gauss.

But even more than its interesting mechanics, I have to admit that I just really like the looks of this new version of the Planet Ocean, which is water-resistant to 600 meters. I enjoy the blue color scheme and the Sedna gold elements that go so unexpectedly well with the tool watch look.

Sedna gold is an alloy proprietary to Omega that contains gold, copper, and palladium; it is 75 percent pure, though, making it an 18-karat gold alloy.

This watch’s helium escape valve and the fact that it can withstand a depth of 600 meters makes it a true diving instrument. However, the stunning contrast of the 18-karat red Ceragold diving scale against the perfectly polished blue ceramic background of the bezel perched upon the two-tone case is pure luxury. 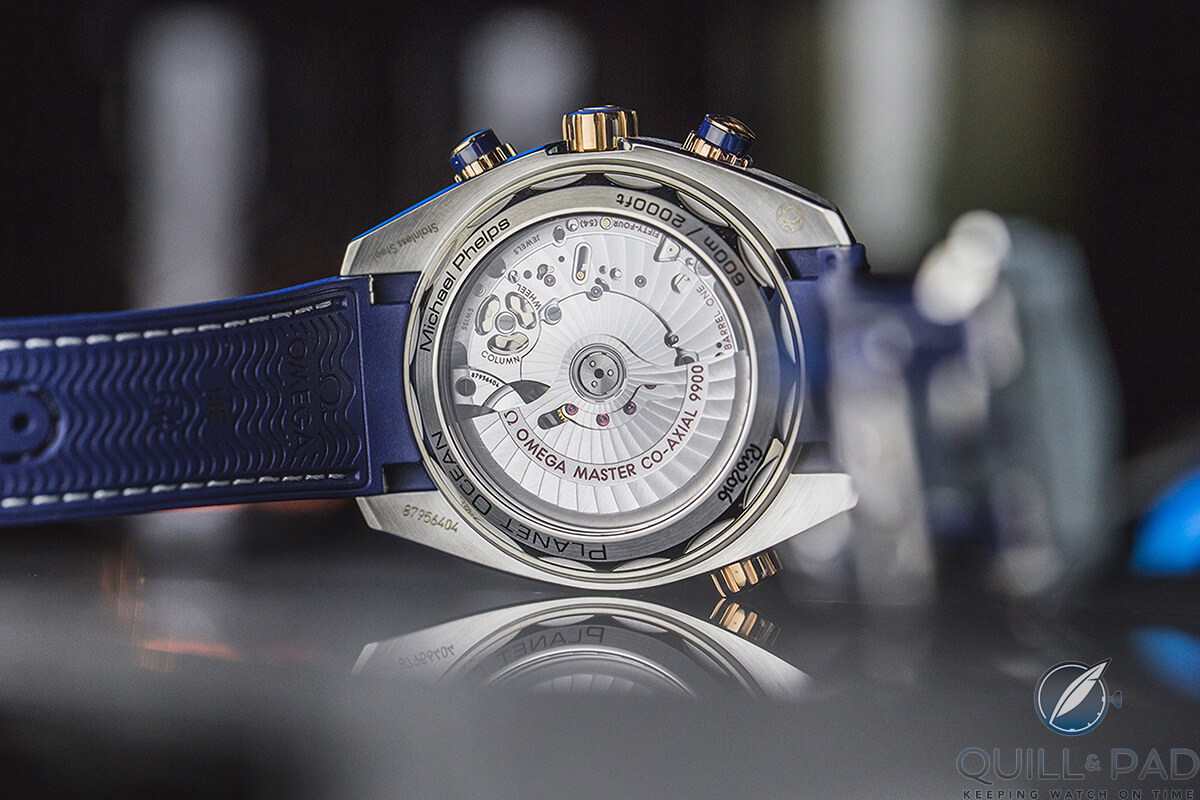 Though it is doubtful that this technologically advanced wrist instrument will ever see real diving time — though I have no doubt it will visit the odd pool over the course of its lifetime — Omega certainly puts its money where its mouth is: the Seamaster Planet Ocean line boasts a full four years’ worth of guarantee.

* This article was first published on August 22, 2016 at The Omega Watches Of Michael Phelps, The Most Successful Olympian. Ever.

Why I Bought It: Omega Seamaster Aqua Terra 150M

How To Spot A Fake Omega Wristwatch