The Origine of Sylvain Pinaud 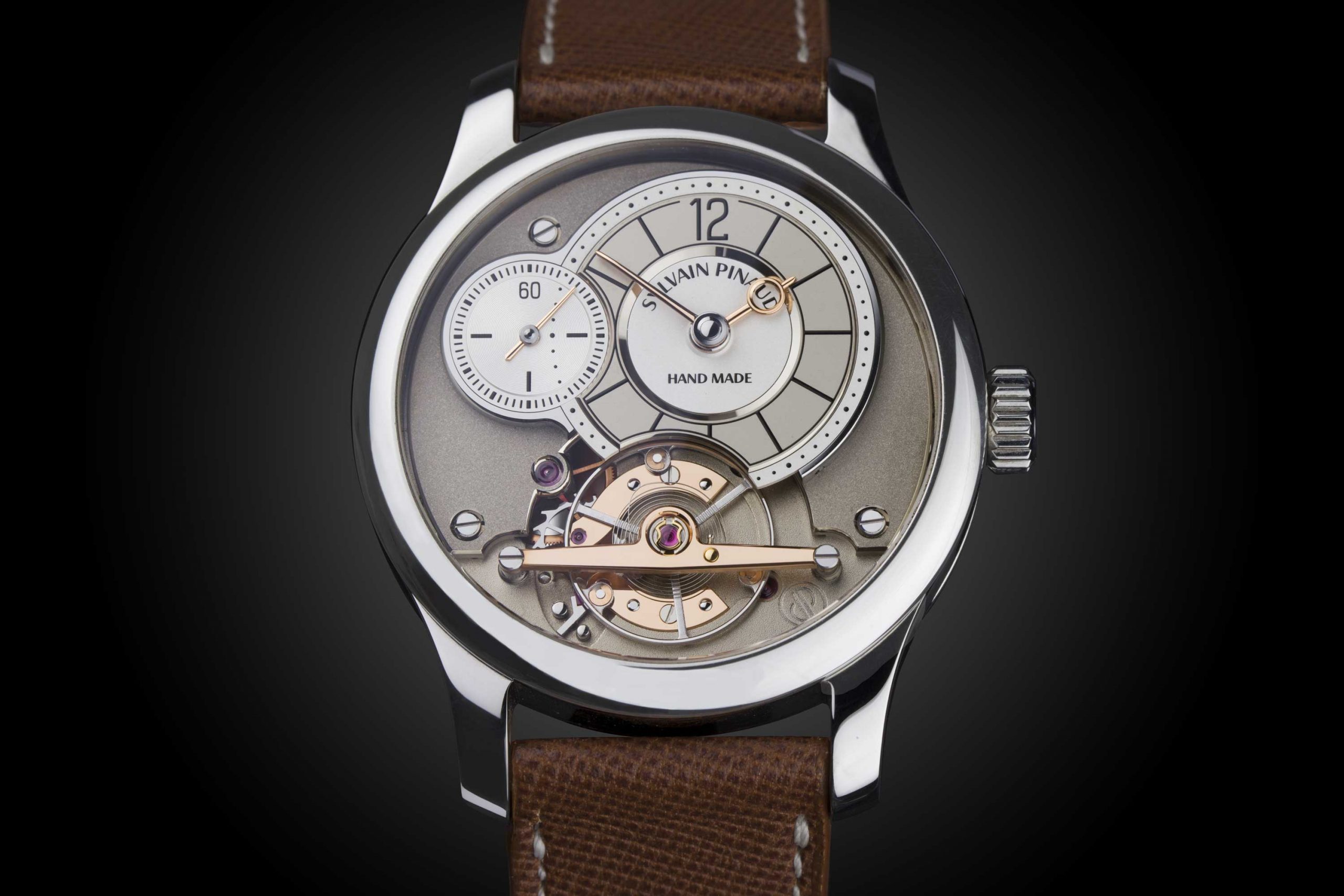 We’ll come to the relative merits of Sylvain’s Origine, but first, we should address the surprising fact that this is Pinaud’s sophomore release rather than, as the name suggests, his debut. In 2018, he unveiled the watch he simply refers to as “the Chronograph,” a piece which is a great deal more complex than the name suggests. This monopusher chronograph, with an open dial and exceptionally complex case construction, featured prominent screws and a sophisticated sapphire caseband that allowed an uninterrupted view of Pinaud’s marine chronometer inspired caliber. “The Chronograph was really the first piece I made all by myself. It was quite new for me to design using CAD [computer-aided design], and make all the adjustments. It was a long process; I worked over a year and a half on it, but it was a good result, and the watch is working well.” Don’t just take Pinaud’s word for it; in 2019, the watch won Pinaud the award for best restoration watchmaker in the prestigious French crafts competition, the Un des Meilleurs Ouvriers de France.

If you placed the Chronograph next to Origine, you would see a shared design language across the two, but also be struck by the fact that Pinaud’s second release is markedly simpler, more conservative and, it must be said, more commercial. “I learned a lot on my first watch and knew what I wanted on my second. I wanted something quite simple and efficient, where all the components can be made on traditional machinery, because that’s the way I work. Everything has to be reliable; the function gives you form. I tried to make everything harmonize. It’s a watchmaker’s watch.” Pinaud goes on to explain the genesis of the design. “The first thing I drew was the face of the watch. I drew the dial, I had the idea — I wanted a horizontal disposition with a bit of asymmetry. I wanted a big balance wheel at six, and then I had to find all the proportions to make it harmonious. I had to design my escapement, my gear train and everything to keep the proportions. I love chronometry — for me, it is the most important part of watchmaking — a good watch needs to have good chronometry.”