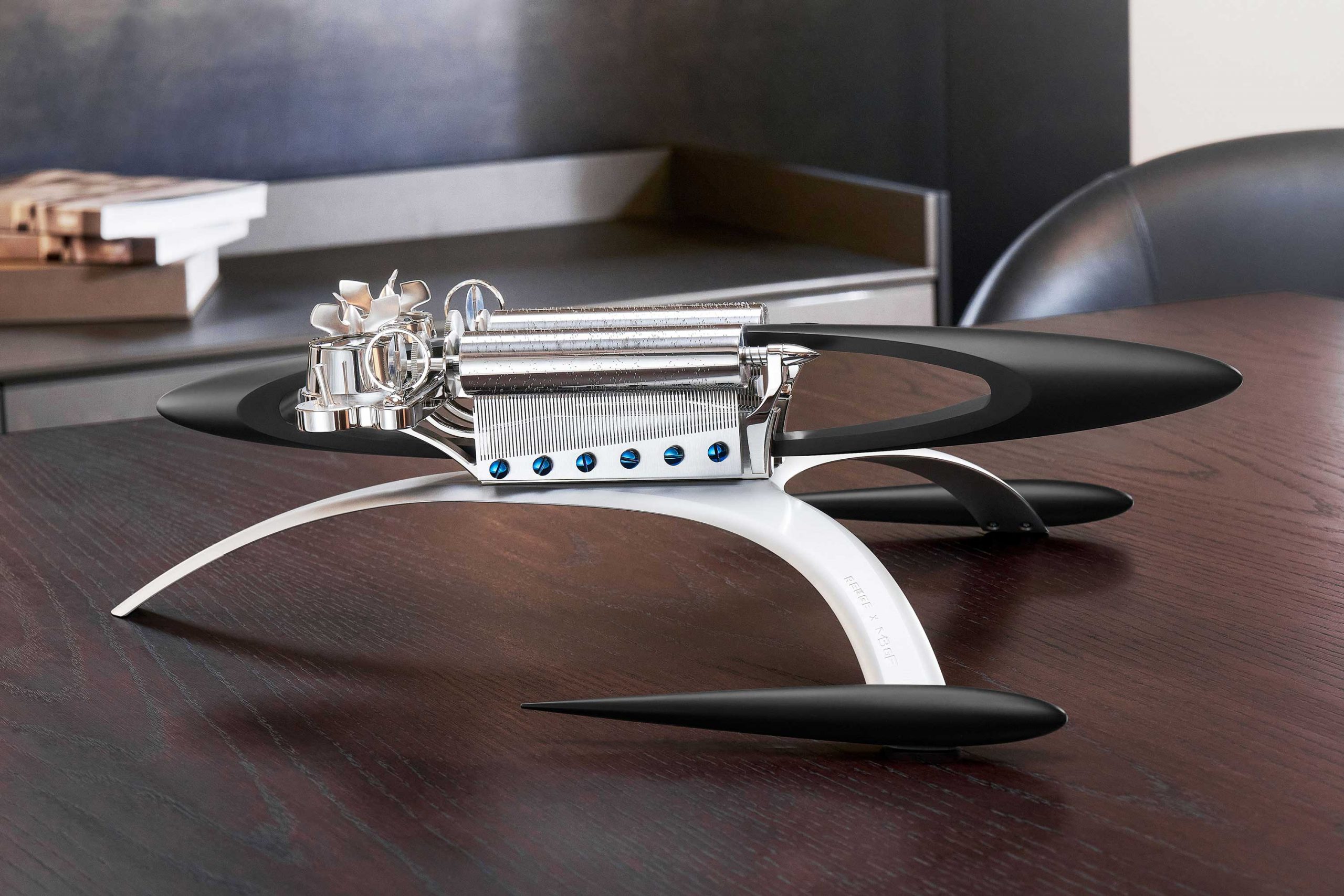 The last mechanical feature of this MusicMachine are the two fan regulators that flank the barrel and wheel train assemblies. These fast-spinning circular panels work the same way as rotating governors in minute repeaters do. In the chiming mechanism of a repeater, a governor is necessary to regulate the speed at which the repeater chimes, creating a more consistent cadence between tones. The fully wound mainspring of the MusicMachine also tends to rotate the cylinders at a faster rate as compared to when they are nearing the end of the power reserve, which is 10 minutes per cylinder. The fan regulators create drag that slows the unwinding down, creating a more consistent rate of spin of the cylinders. Also, they are just pretty to look at and more engaging than the slow-moving cylinders themselves.

The MusicMachine 1 Reloaded now comes in three colored editions instead of the original two in blue, red and black, but each edition remains limited to 33 pieces. The MusicMachine is priced at CHF 18,500 before VAT.

Every single time MB&F launches one of its objet d’art co-creations, we can’t help but have a big grin plastered across our faces. Why? Because at the core of our beings, there often lies an inner child that has stubbornly resisted the creep of cynicism in adulthood. And when we see a person like Max Büsser and his collaborative friends tap into the imaginative power of that inner child to create a mechanical object that recalls the nostalgia of a bygone era – we simply want it.

We’ll end by saying that the Force is strong with the MusicMachine 1 Reloaded, so if you ever decide to get one, may you live long and prosper.